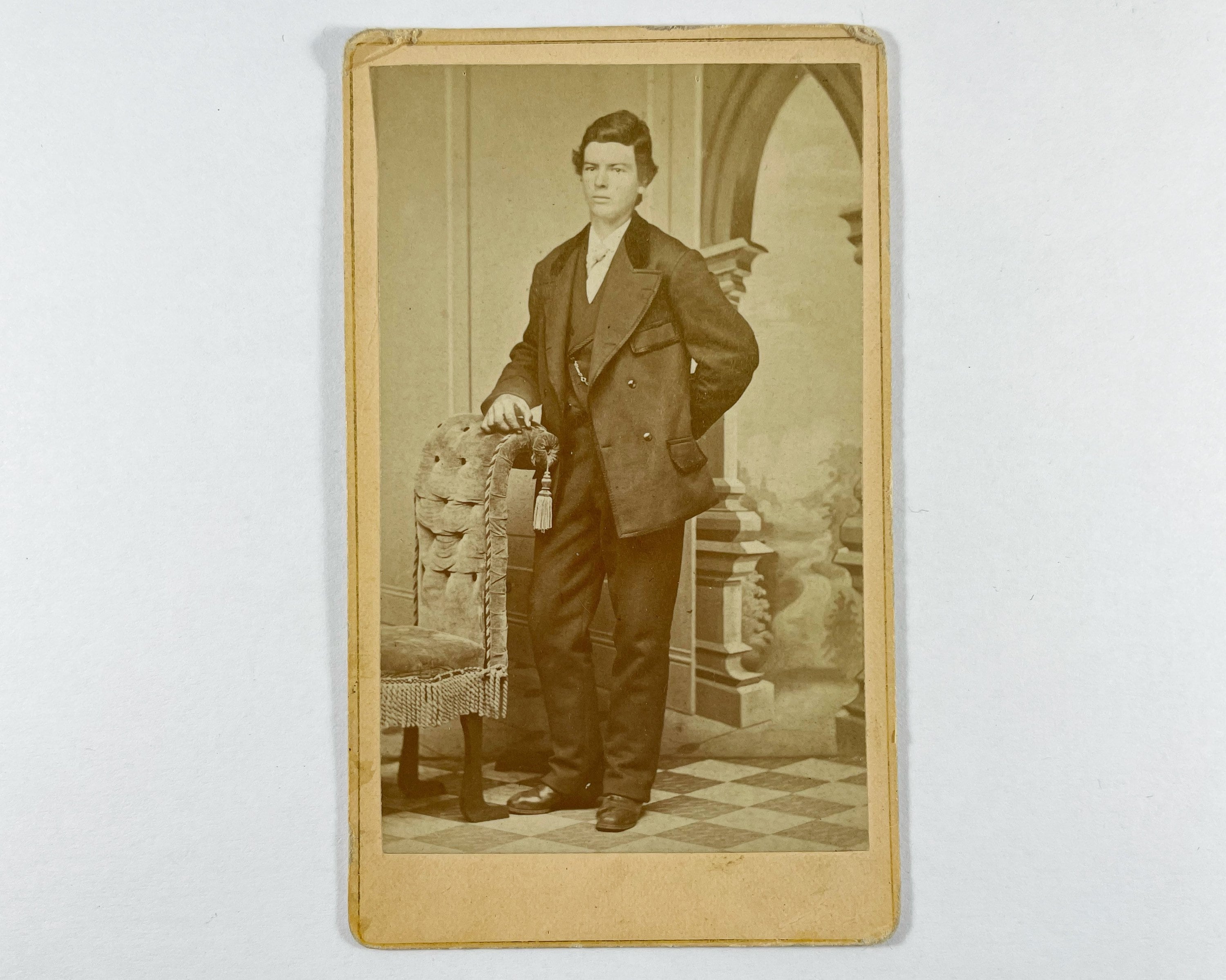 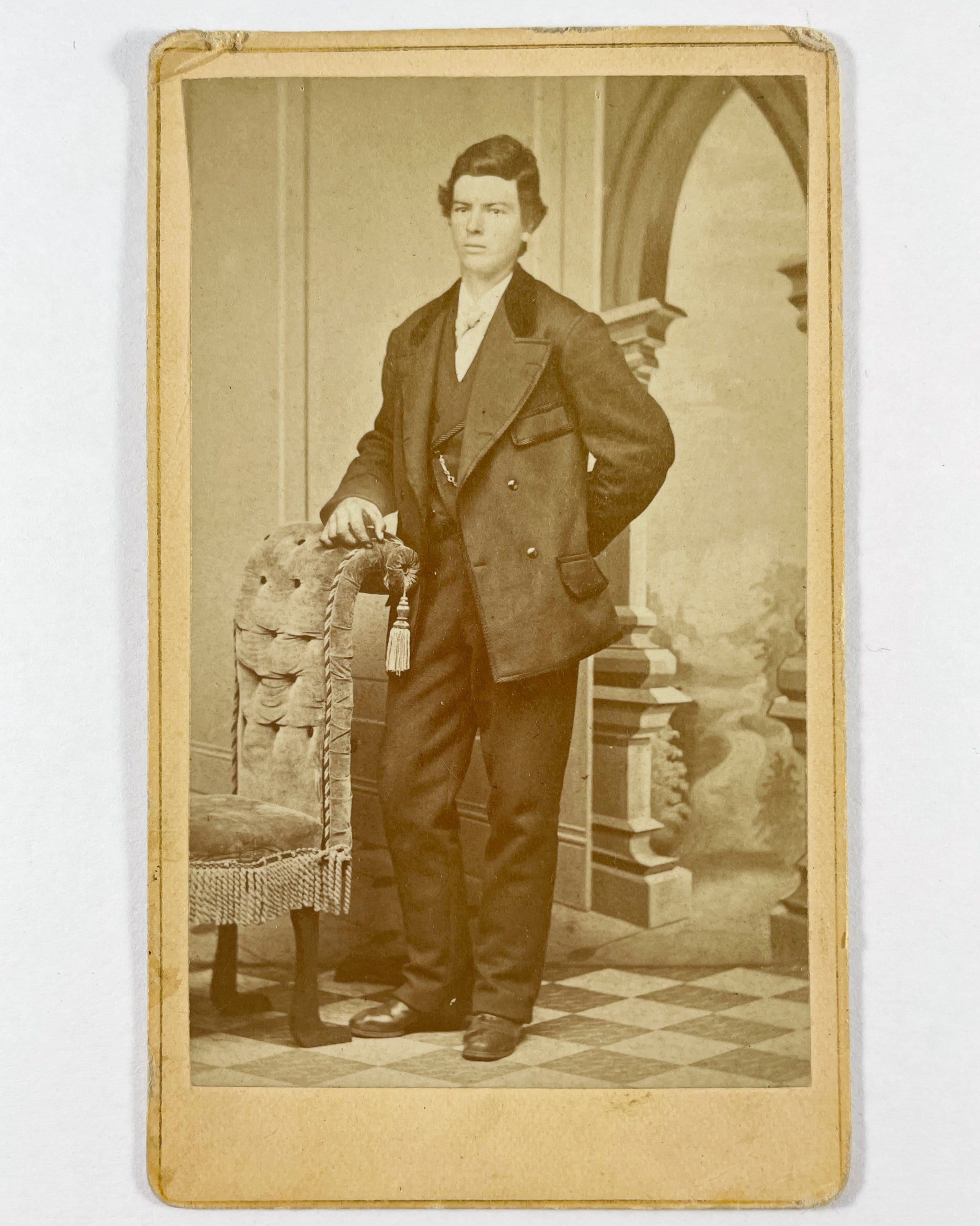 A CDV of a Victorian young man posing proudly in a portrait studio. You can see the chain of his pocket watch. He is named John Nolan of Ukiah, California and his father was James Nolan, for those interested in genealogy. The studio named on the back of the CDV is "Judkins Portraits". Circa 1870.