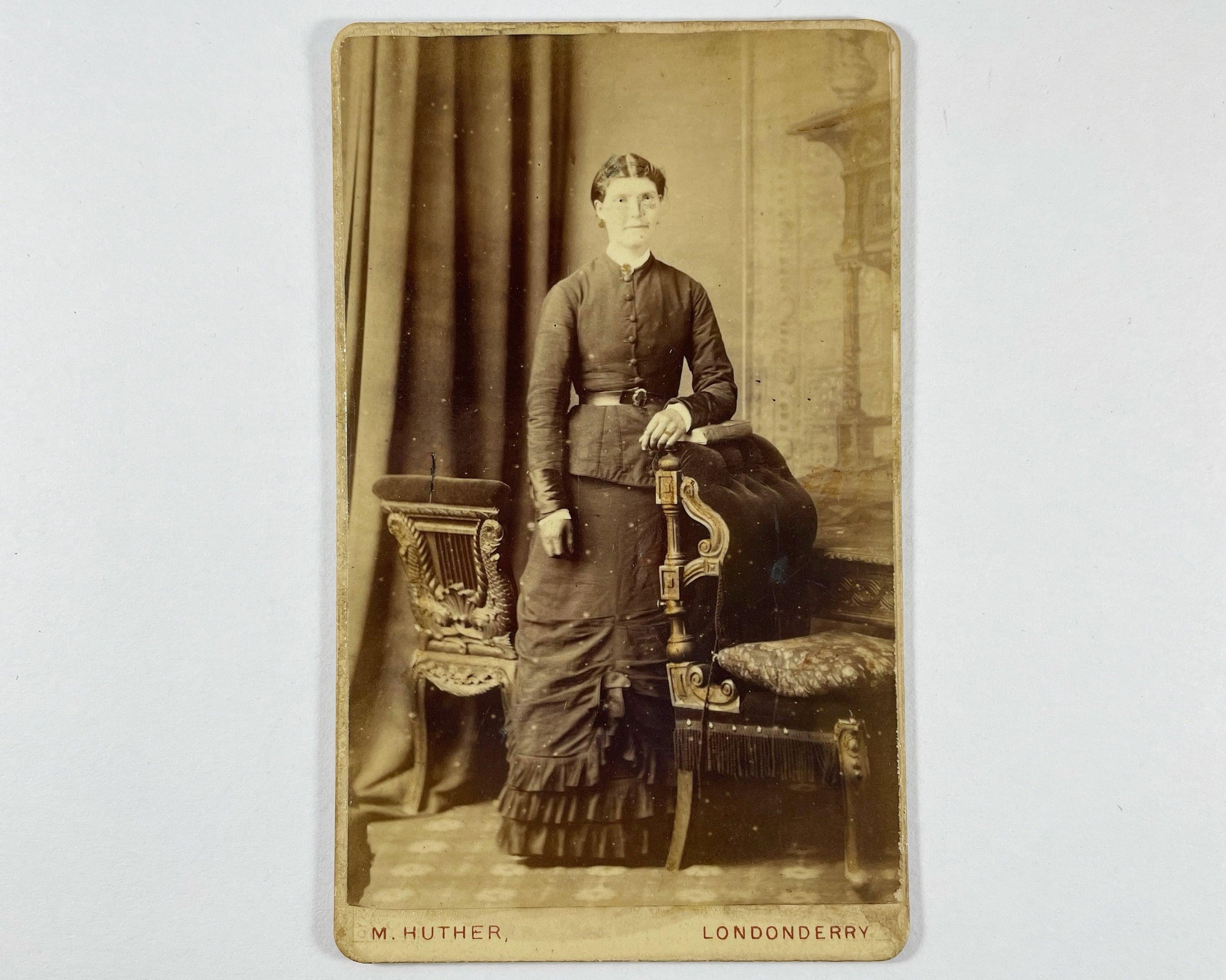 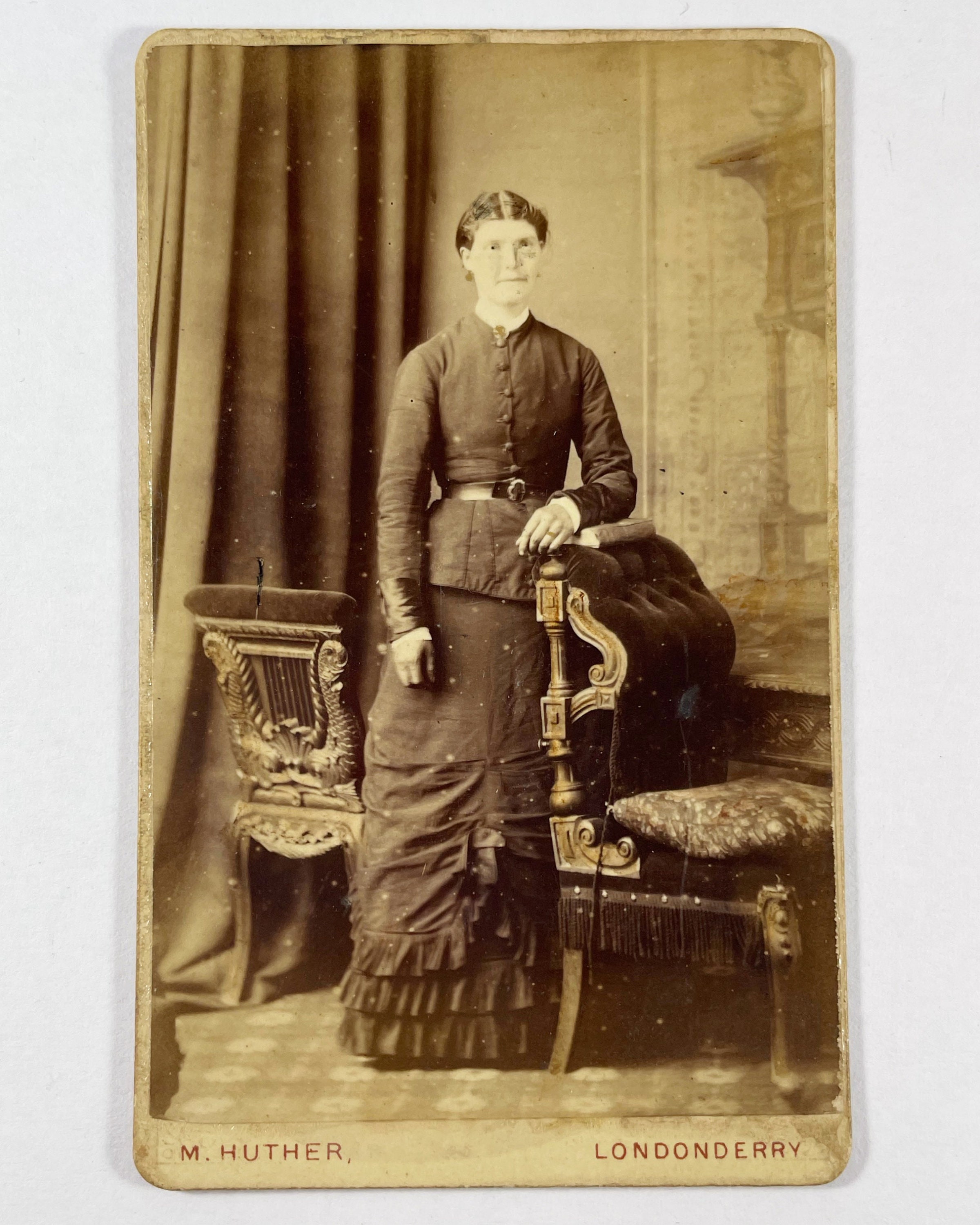 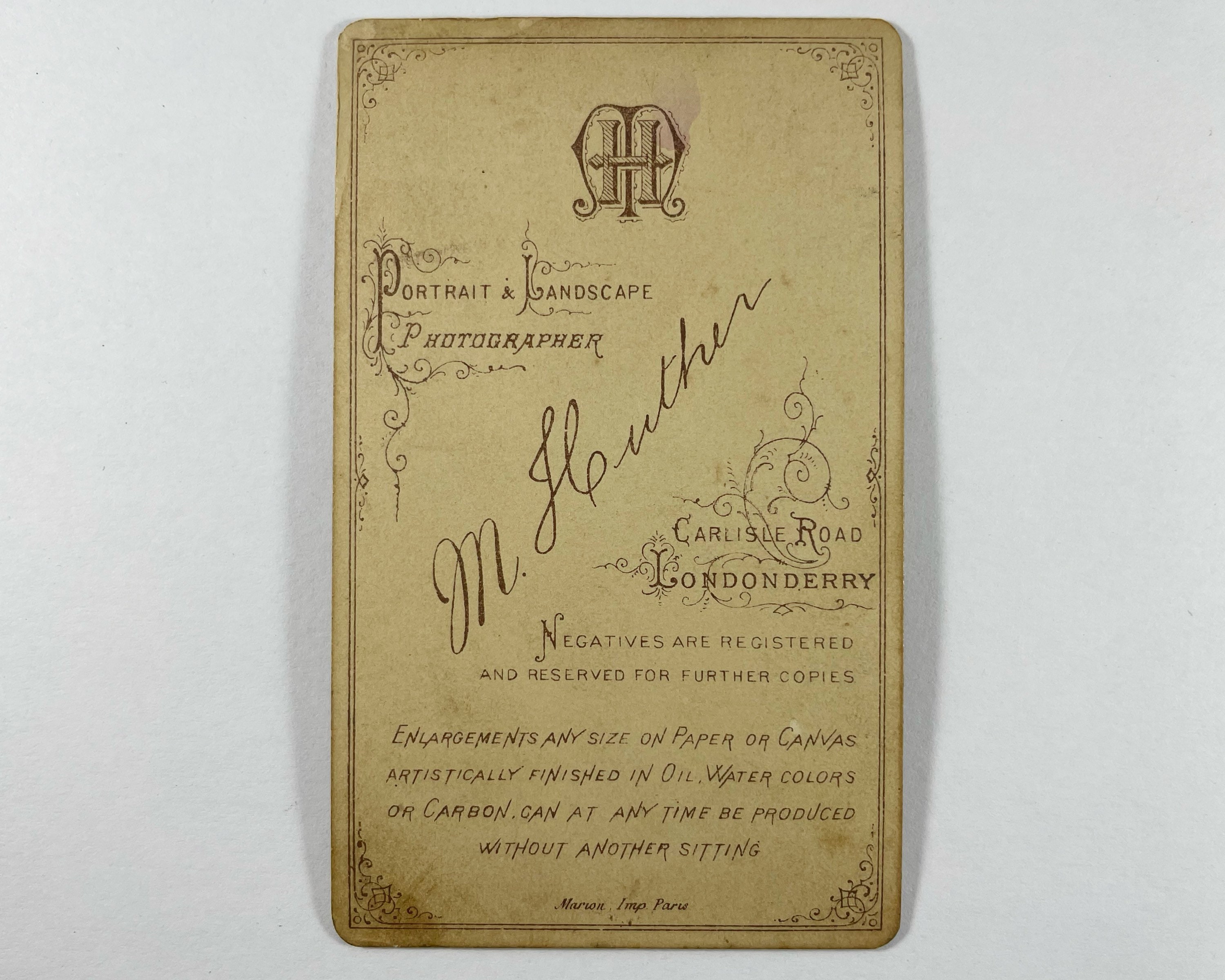 A CDV of a well dressed Victorian woman from Ireland. The photography studio was that of Mary Huther, widow of Edmund Joseph Huther, she inherited the business and continued to run it on Carlisle Road, Londonderry, Ireland.

Mary Huther was a portrait and landscape photographer. Beautiful graphic on the back.