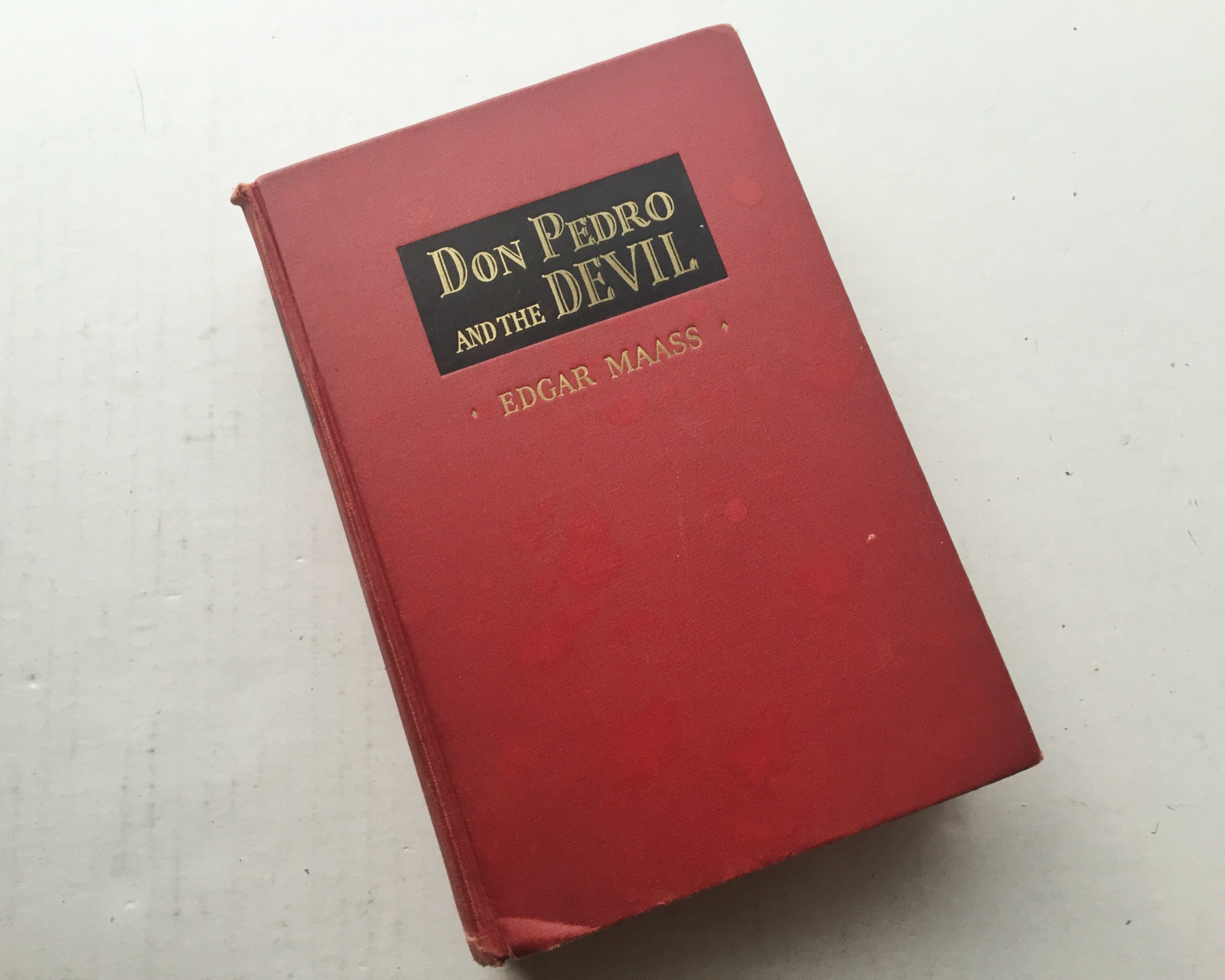 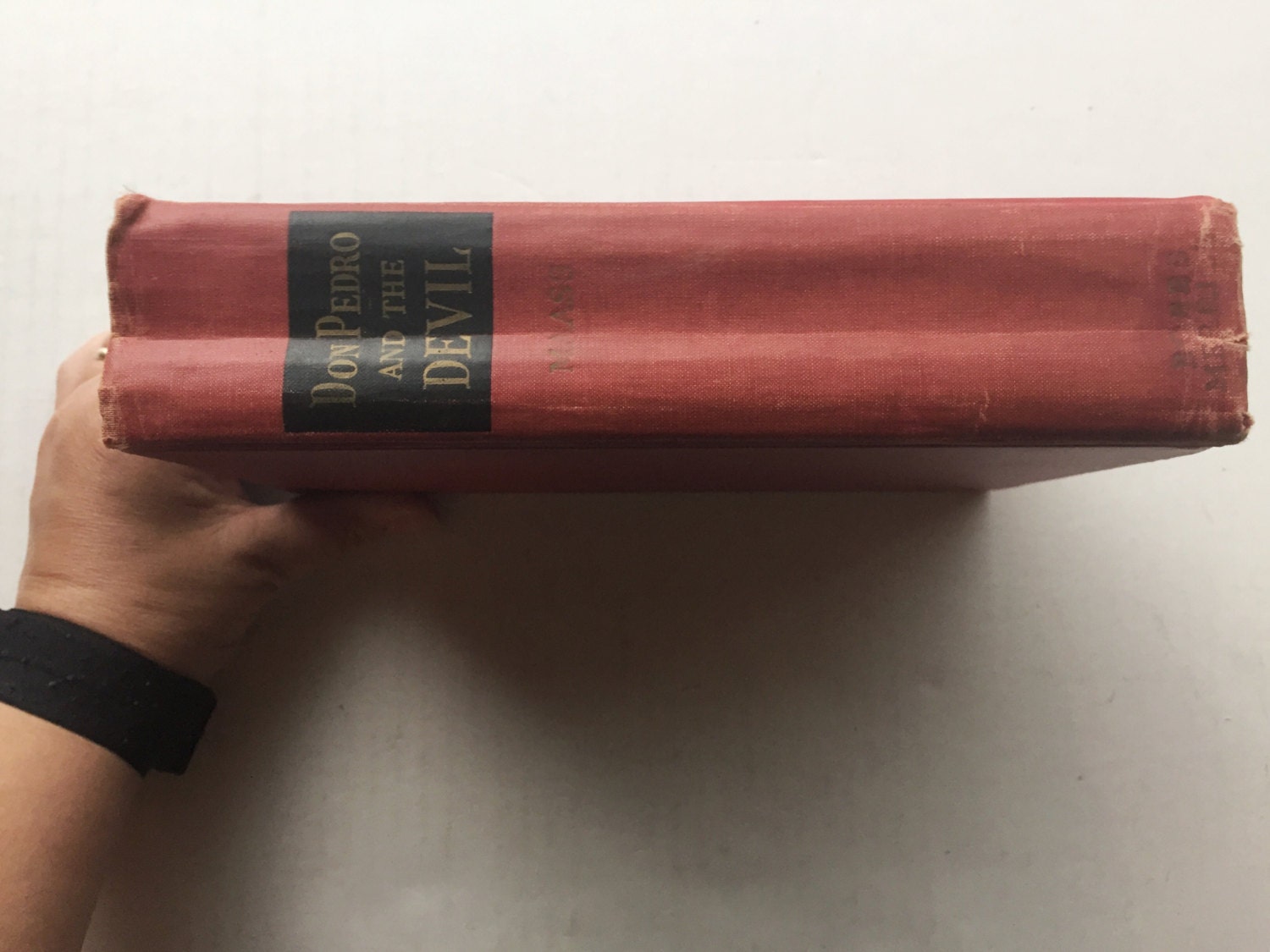 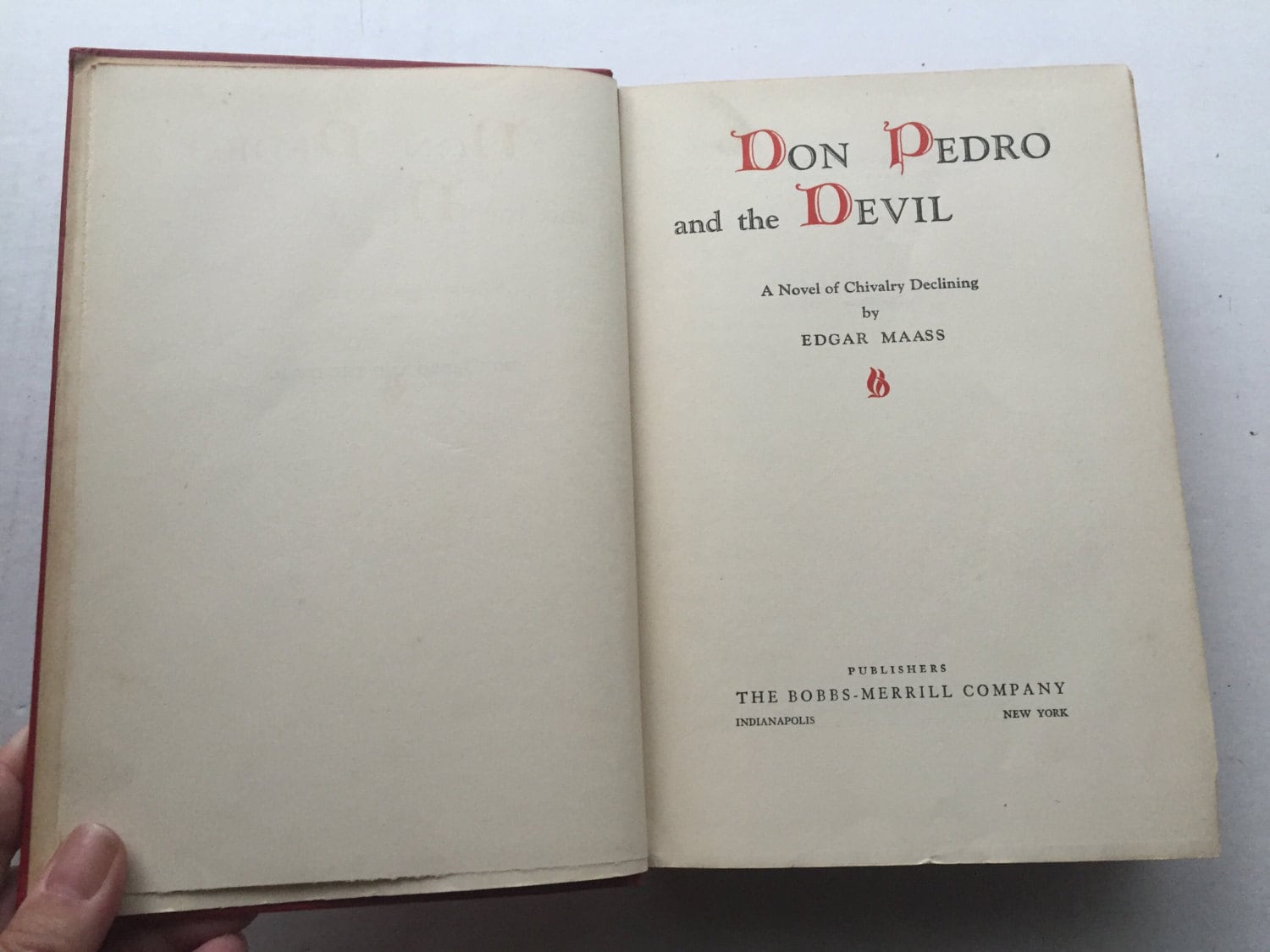 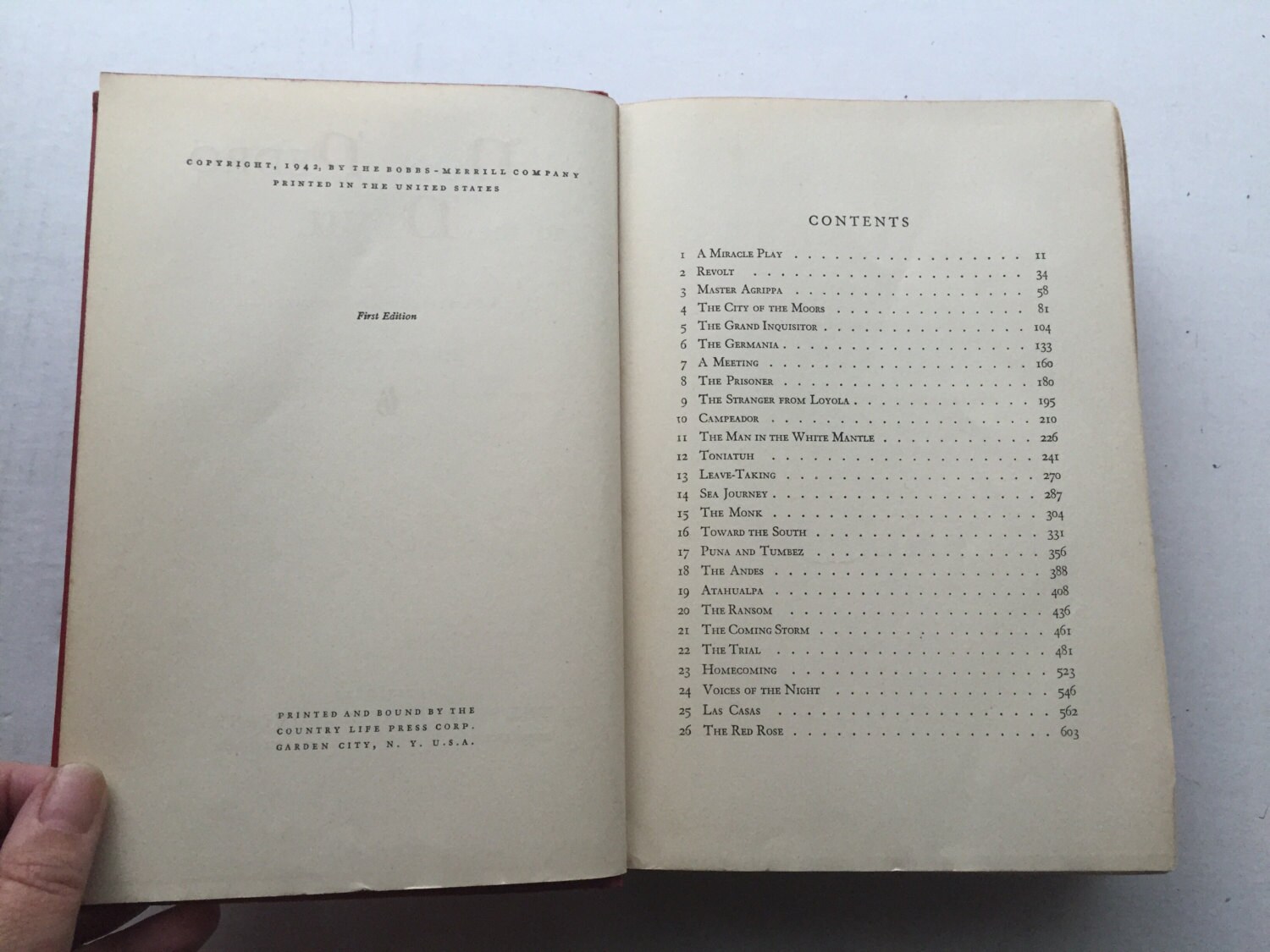 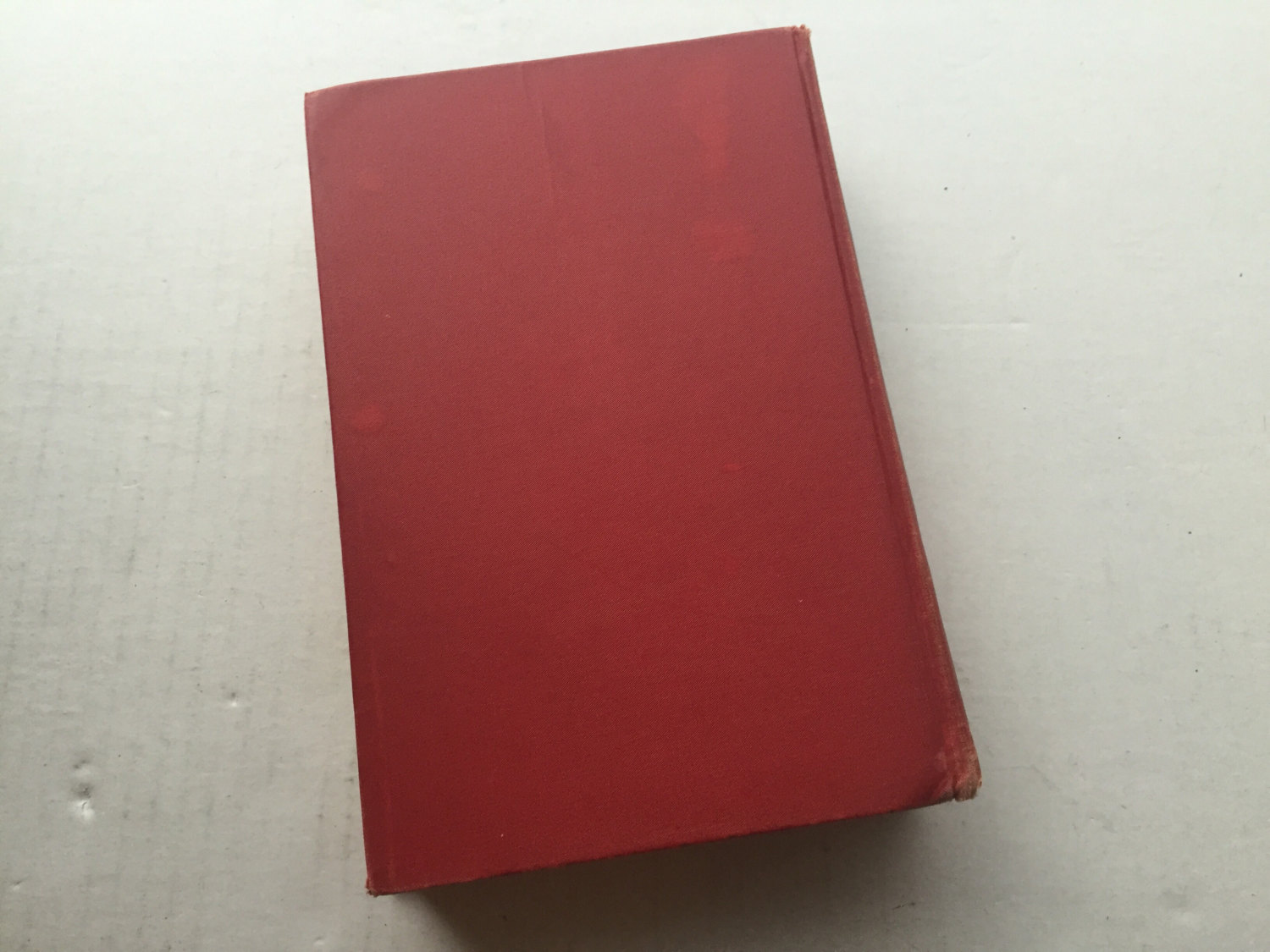 Don Pedro and the Devil, A Novel of Chivalry Declining, is an historical novel in two parts, the first set in Spain during the Inquisition & the second in Peru. In the 1500s in Spain a young Don Pedro swears to his childhood sweetheart that he will conquer a country to win her love.

This edition is a English language FIRST EDITION published by Bobbs-Merrill Company in 1942. Edgar Maass was a German writer and this book was originally published in German in the same year.

CONDITION: Good. It has a red cloth cover with some staining, and bumping and wearing on the edges. The spine is creased down the middle, presumably from the novel being avidly read. The binding, however, is tight. There is some foxing on the endpapers, but only light tanning inside the leaves.