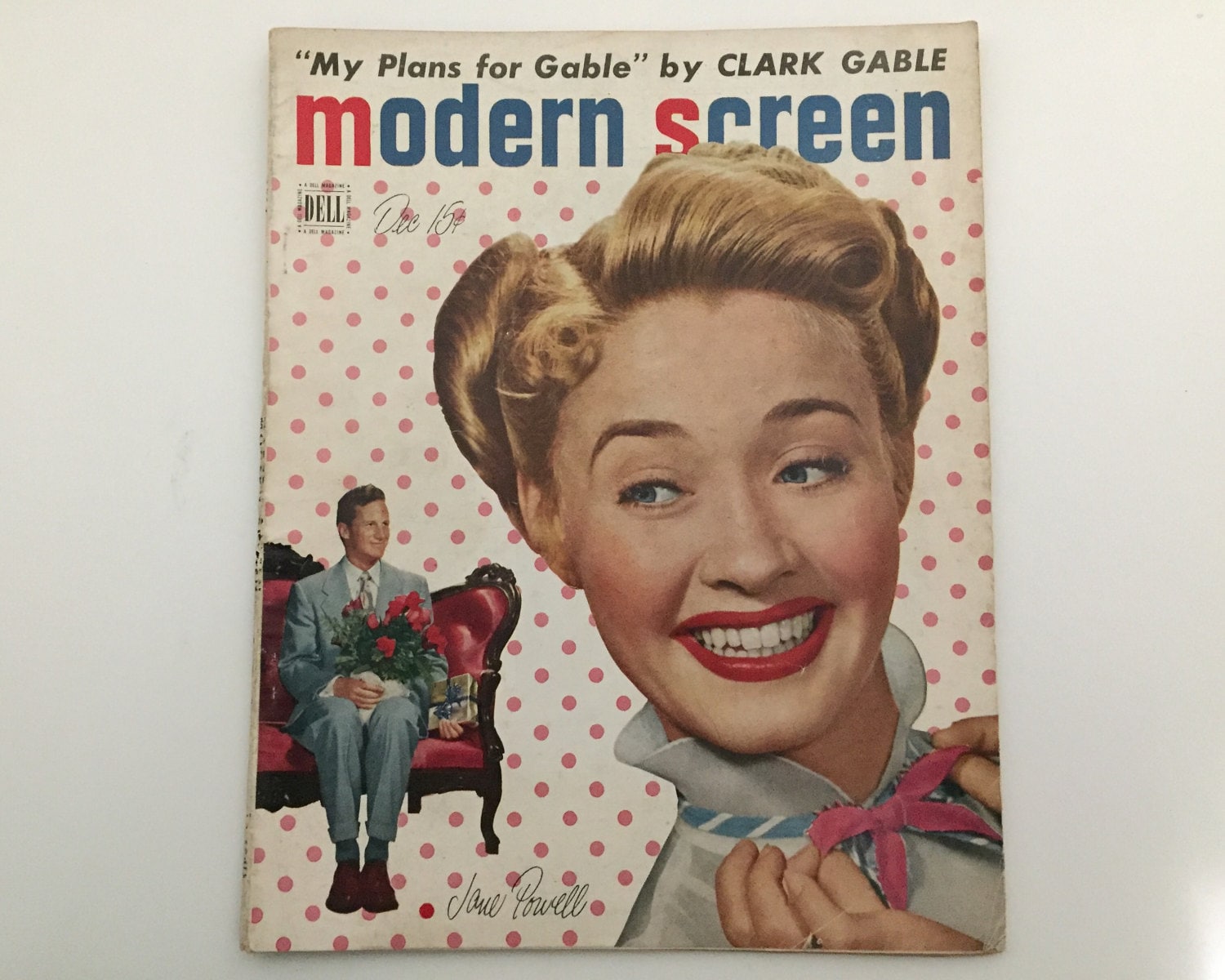 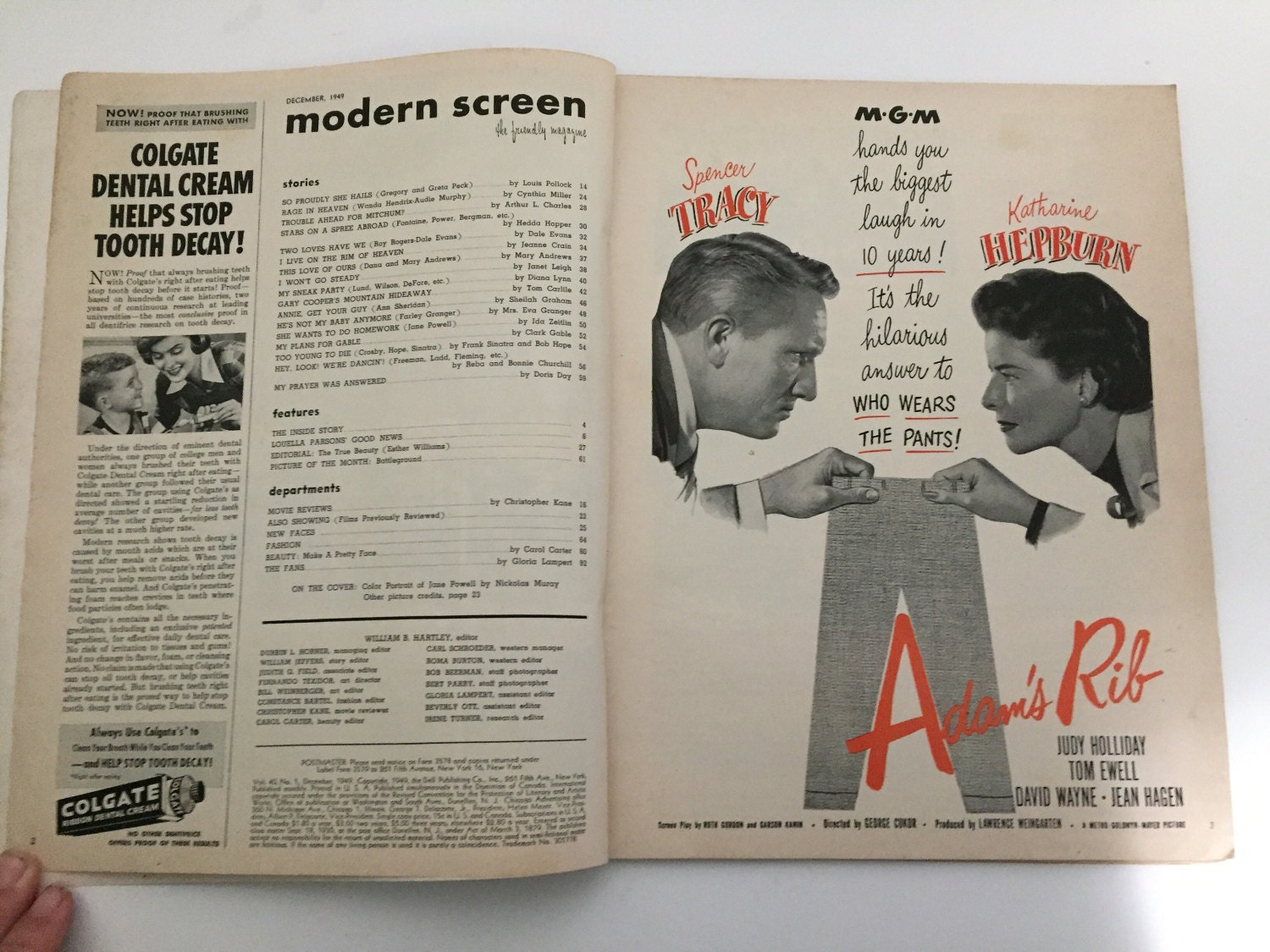 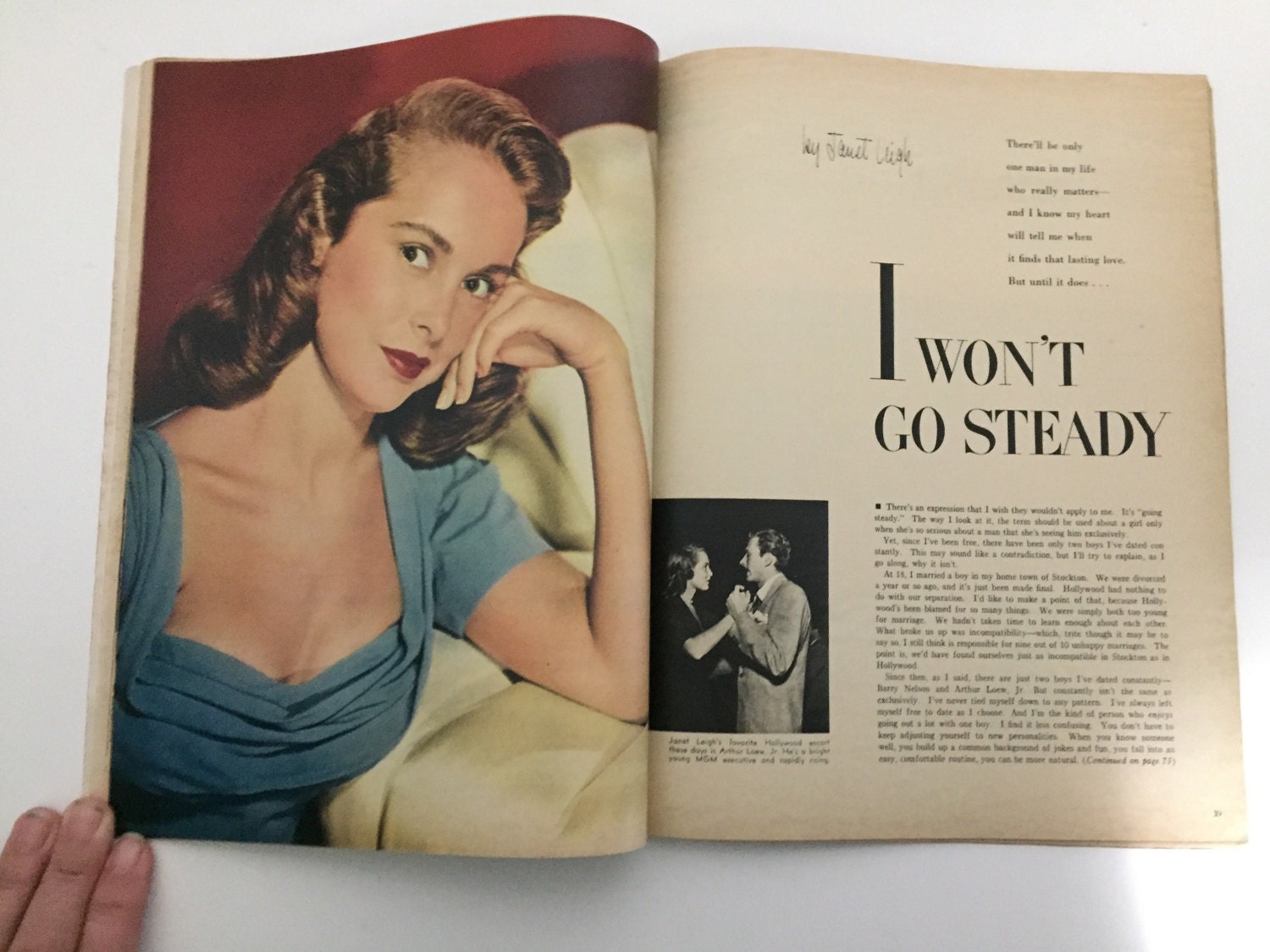 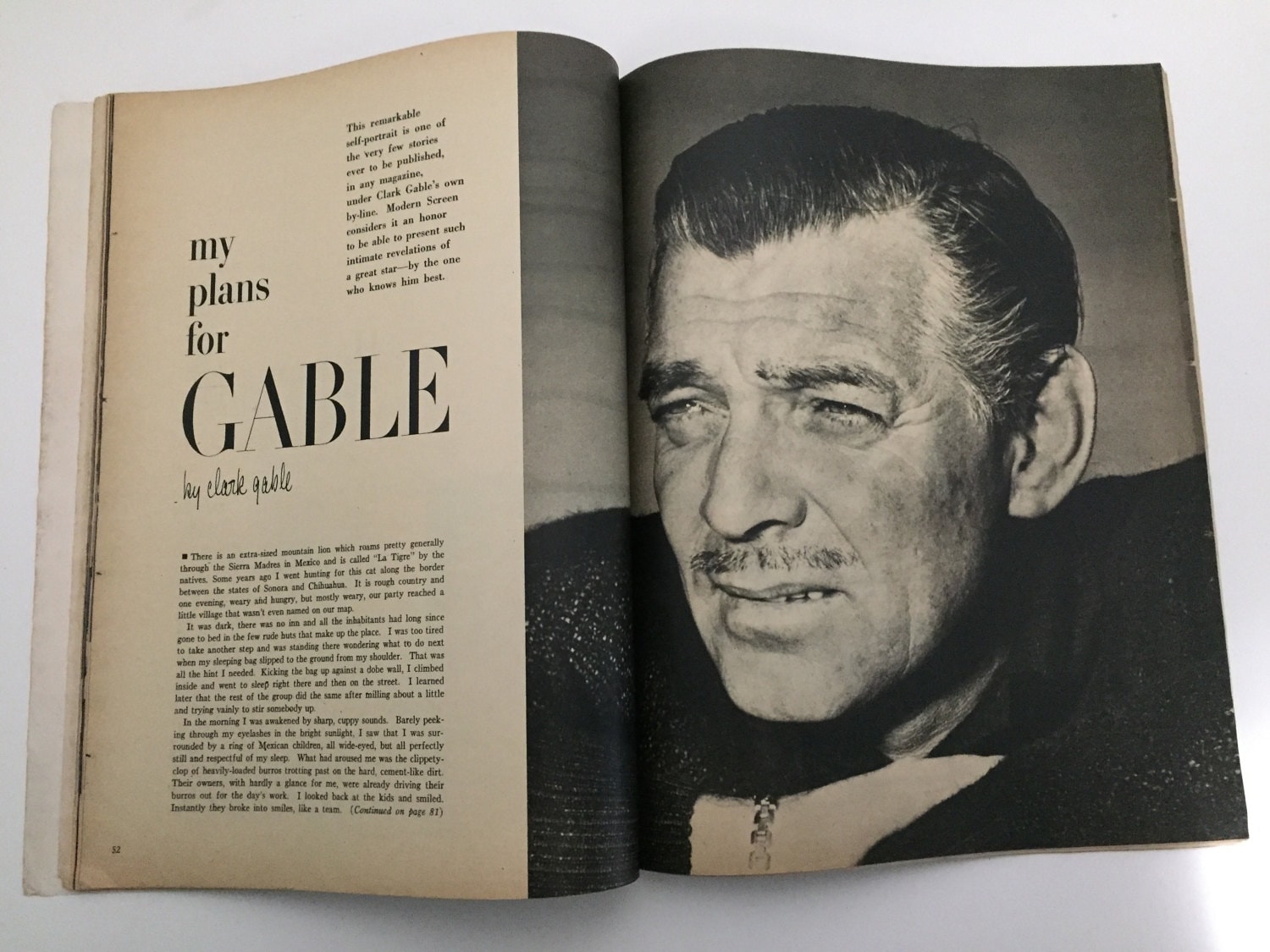 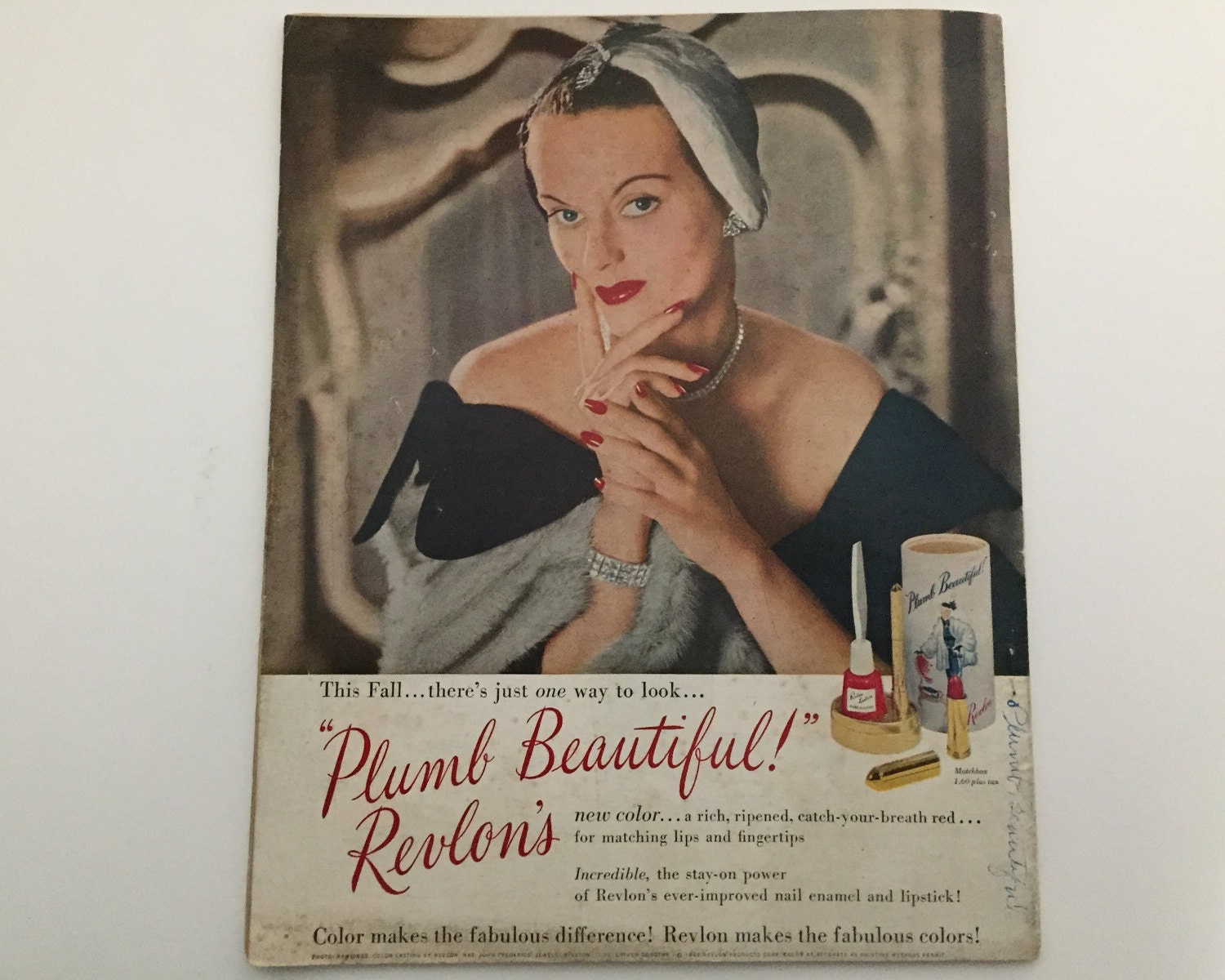 This copy of Modern Screen Magazine from December 1949 features the Jane Powell on the cover, and inside you'll find a nice spread about Clark Gable, and Janet Leigh.

Modern Screen featured celebrity articles, interviews, gossip and photo features. It rivaled Photoplay for popularity. It also had gossip by the infamous Louella Parsons, Queen of Hollywood (until her rivalry with Hedda Hoppr), where she viewed herself as the arbiter of morals. She could ruin a movie at the box office, or send a star spiraling out of favor!

This Golden Age Hollywood magazine ran from the thirties through eighties. Sadly many of these classic movie magazines were mutilated for their covers and movie ads. This magazine is intact.

CONDITION: Very good with some wear in the middle of the spine, and light creasing.