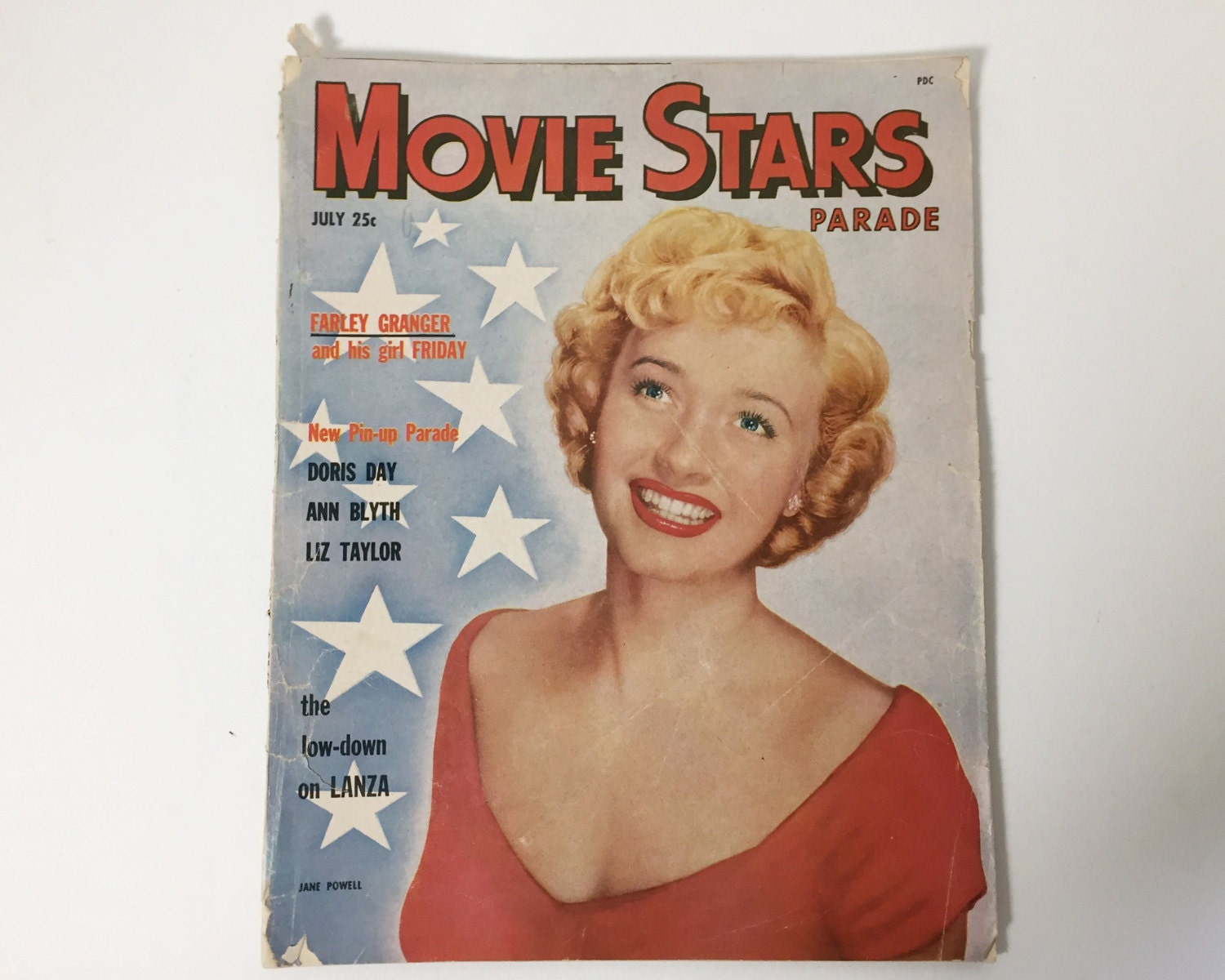 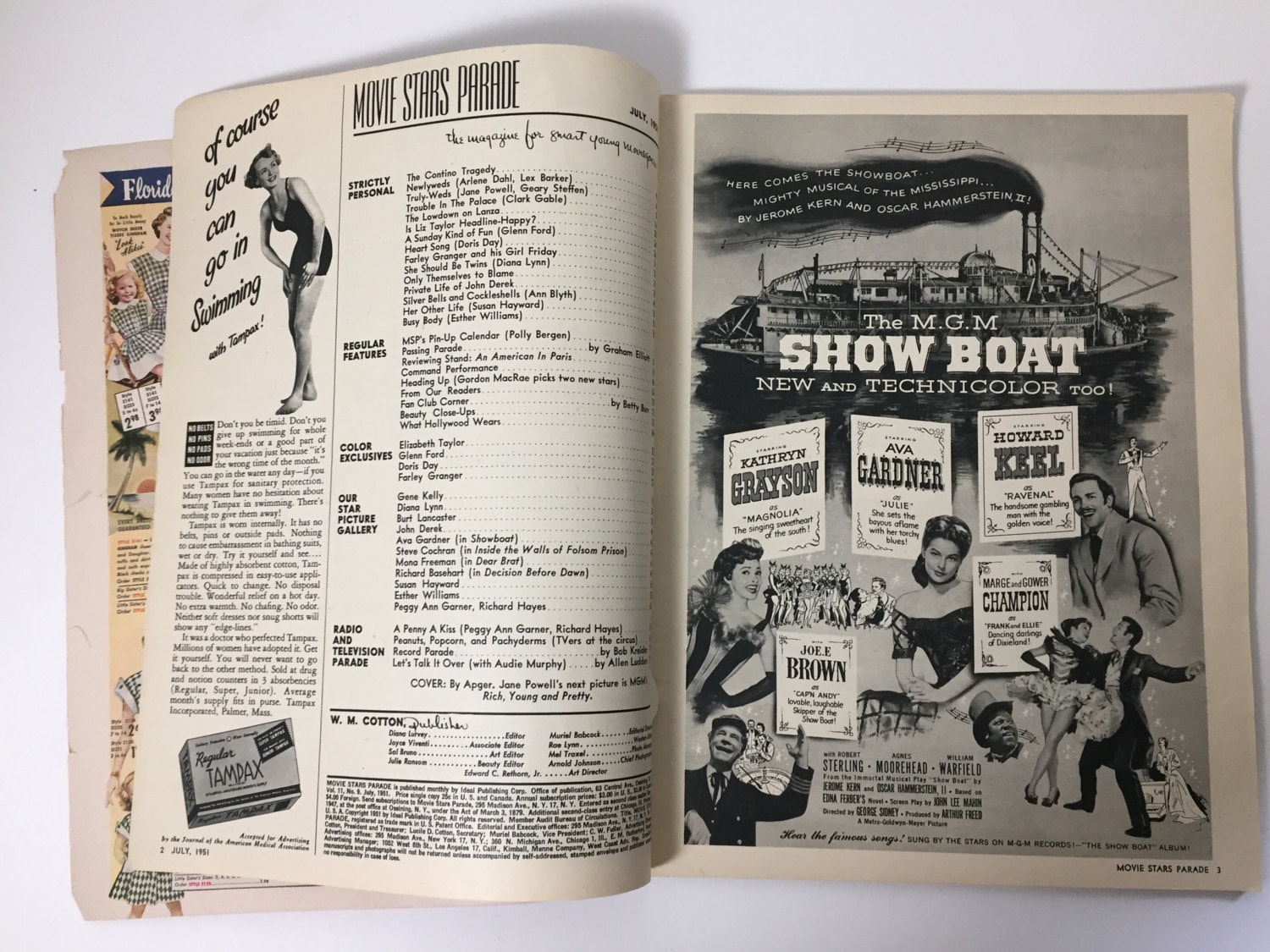 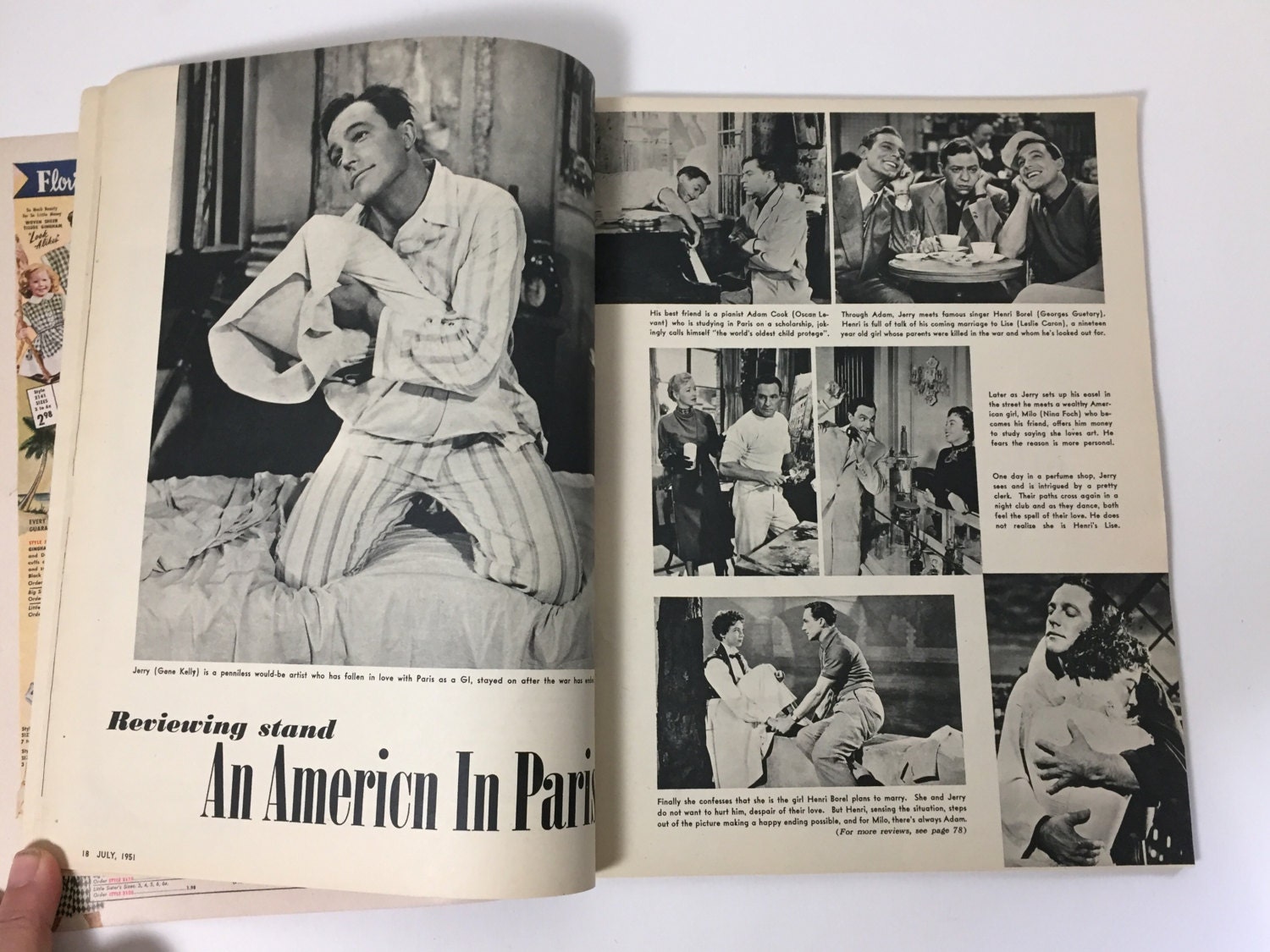 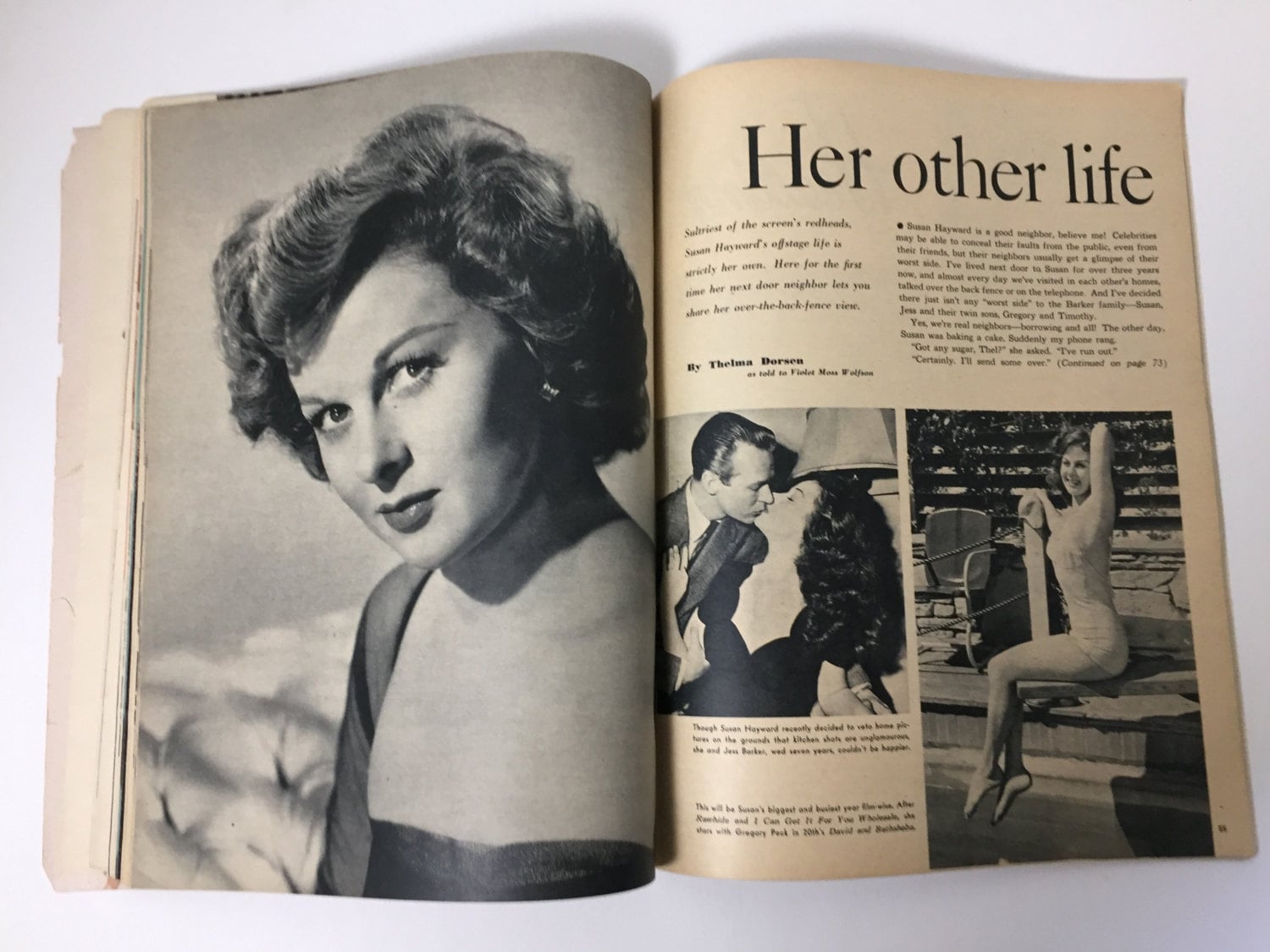 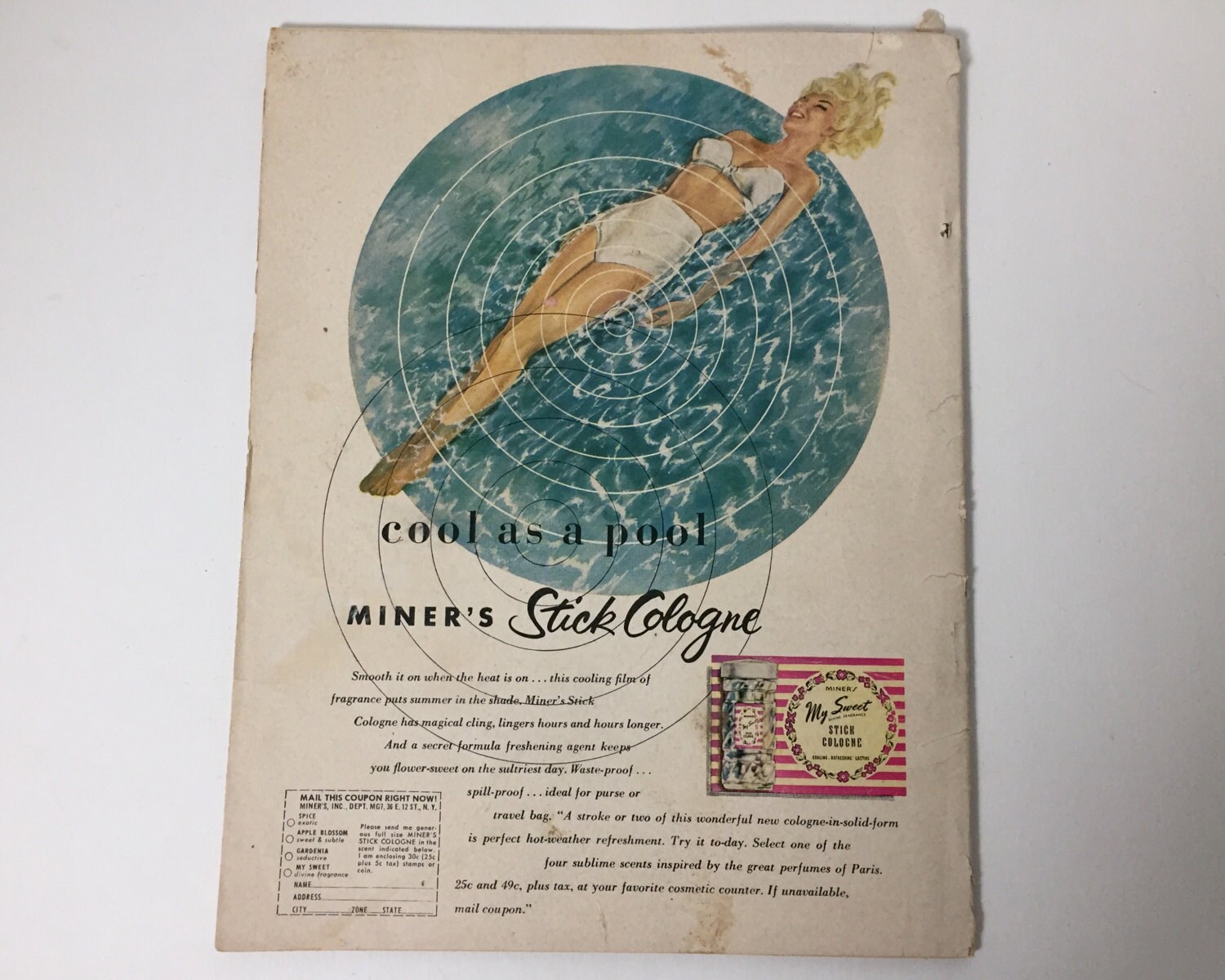 I like the July 4th feel to this cover of Movie Stars Parade Magazine from July 1951. Jane Powell, on the cover, looks so pretty too. As usual this magazine is packed with great movie stars from the classic era of Hollywood like Farley Granger, Doris Day, Ann Blyth, Liz Taylor, and Susan Hayward. There is a super nice photo feature on Gene Kelly in "An American in Paris" which ended up winning 6 Academy Awards in 1952.

I can't find any history on Movie Stars Parade magazine, but it seems to be one of the many monthly magazines that used to exist focusing on Hollywood movie stars, photos and gossip.

CONDITION: Mostly good. This vintage movie magazine is intact, but it has a creased cover with fraying, some tearing, worn spine, and generally 'used' feel to it. The pages inside are good but lightly tanned.

NOTE: I price my vintage movie magazines based on age, condition, and how good the content is. I have no idea of their relative rarity, but I do know that many of these old magazines were cut up for clippings, or their covers removed for framing, so any intact movie magazine is a good find!