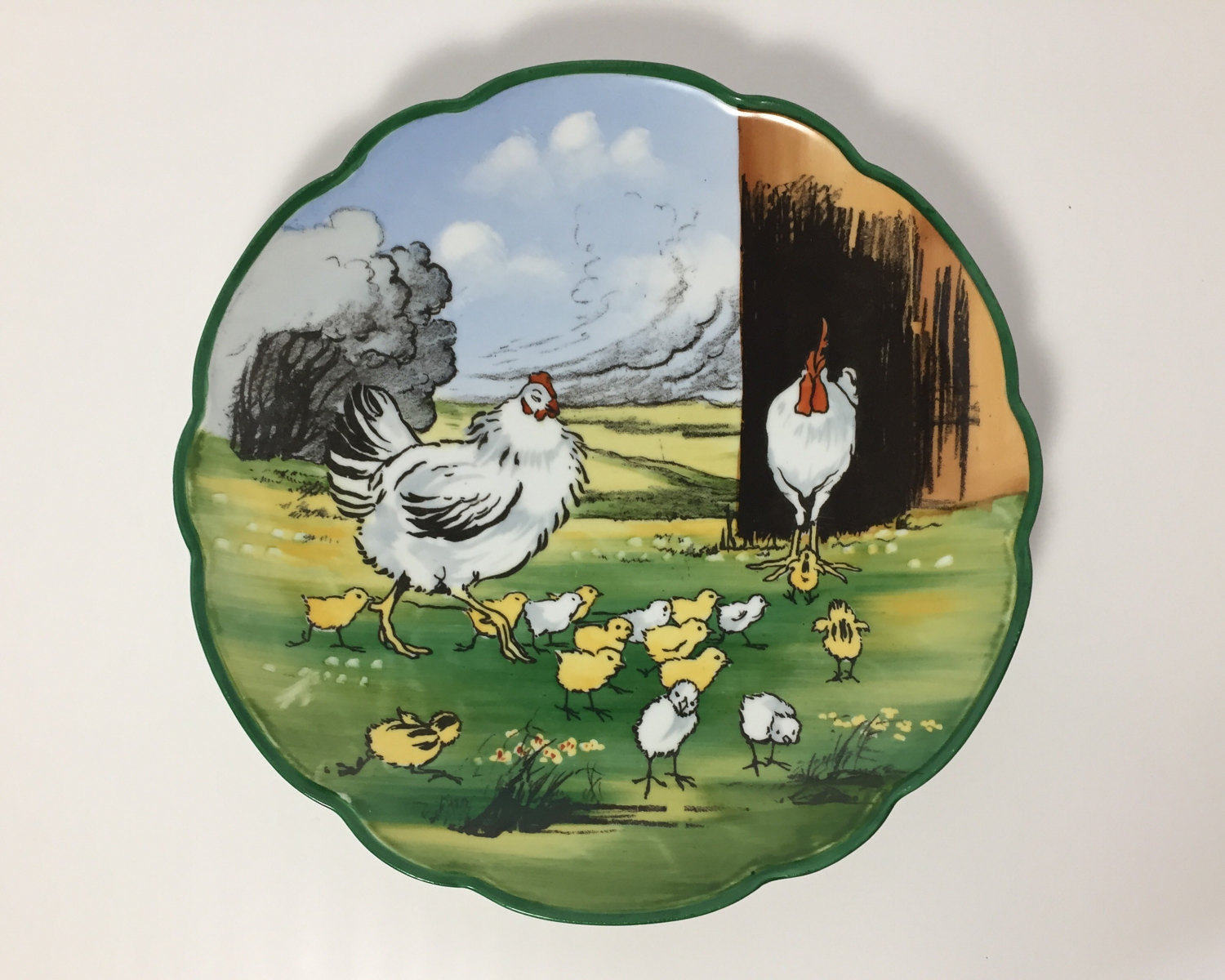 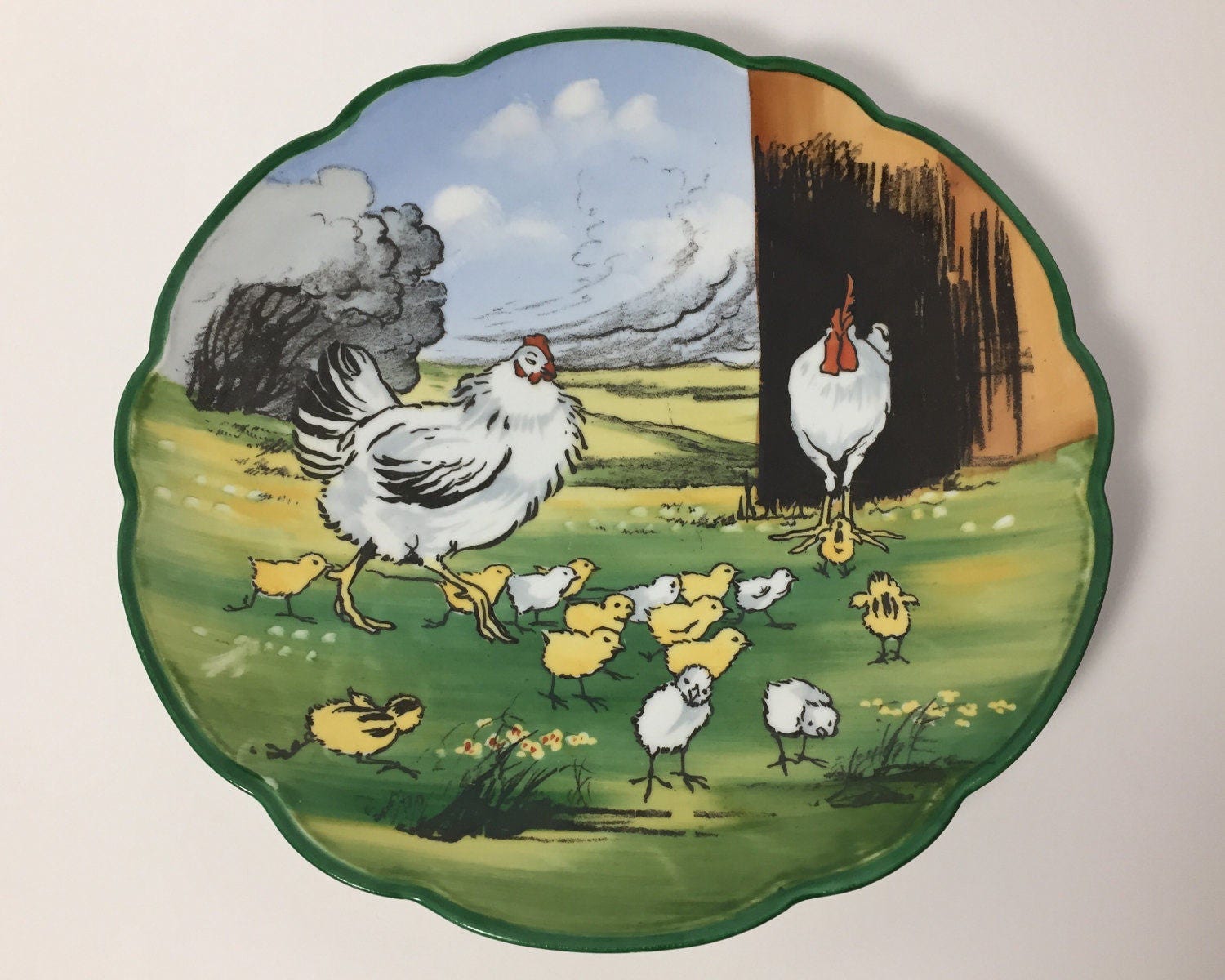 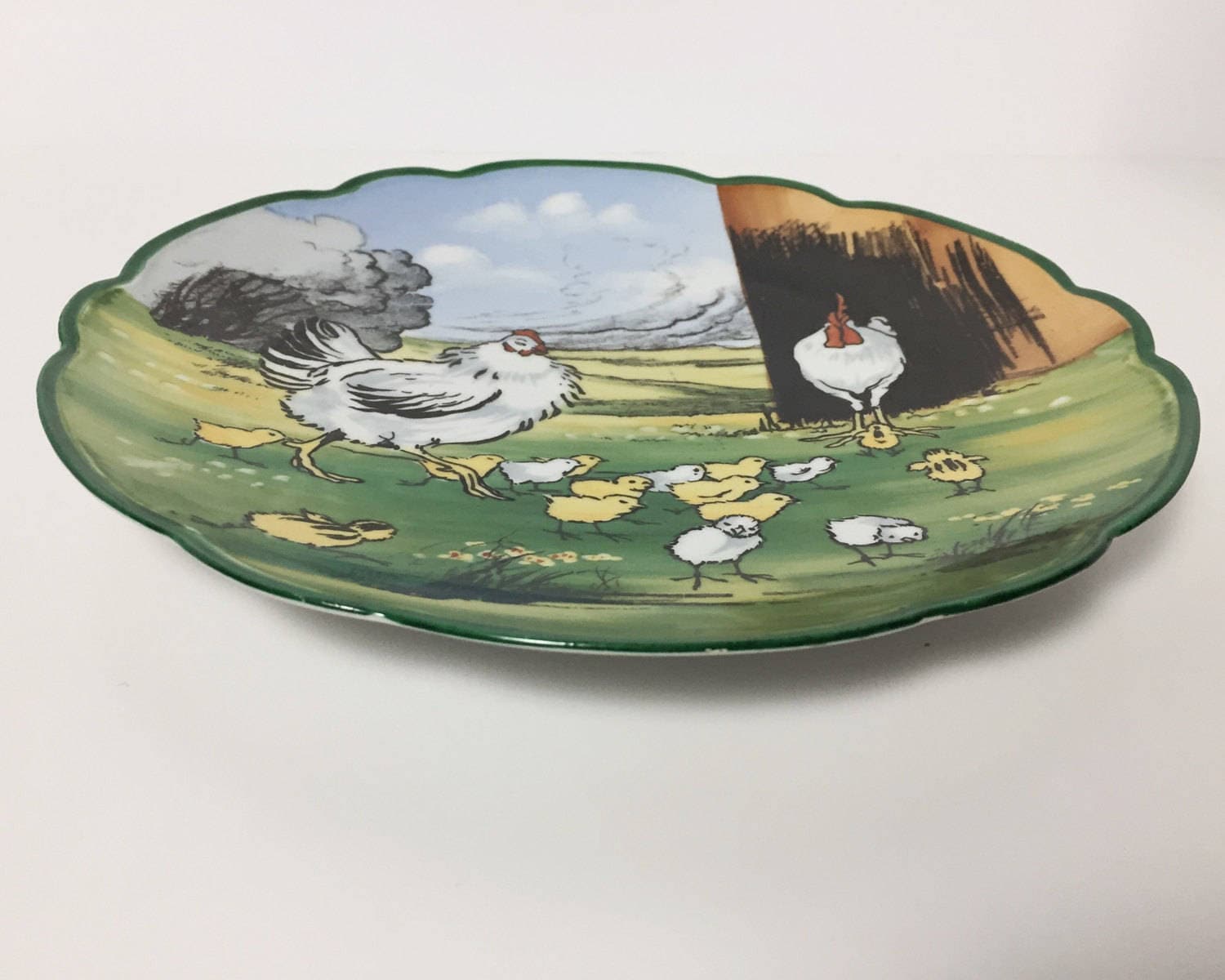 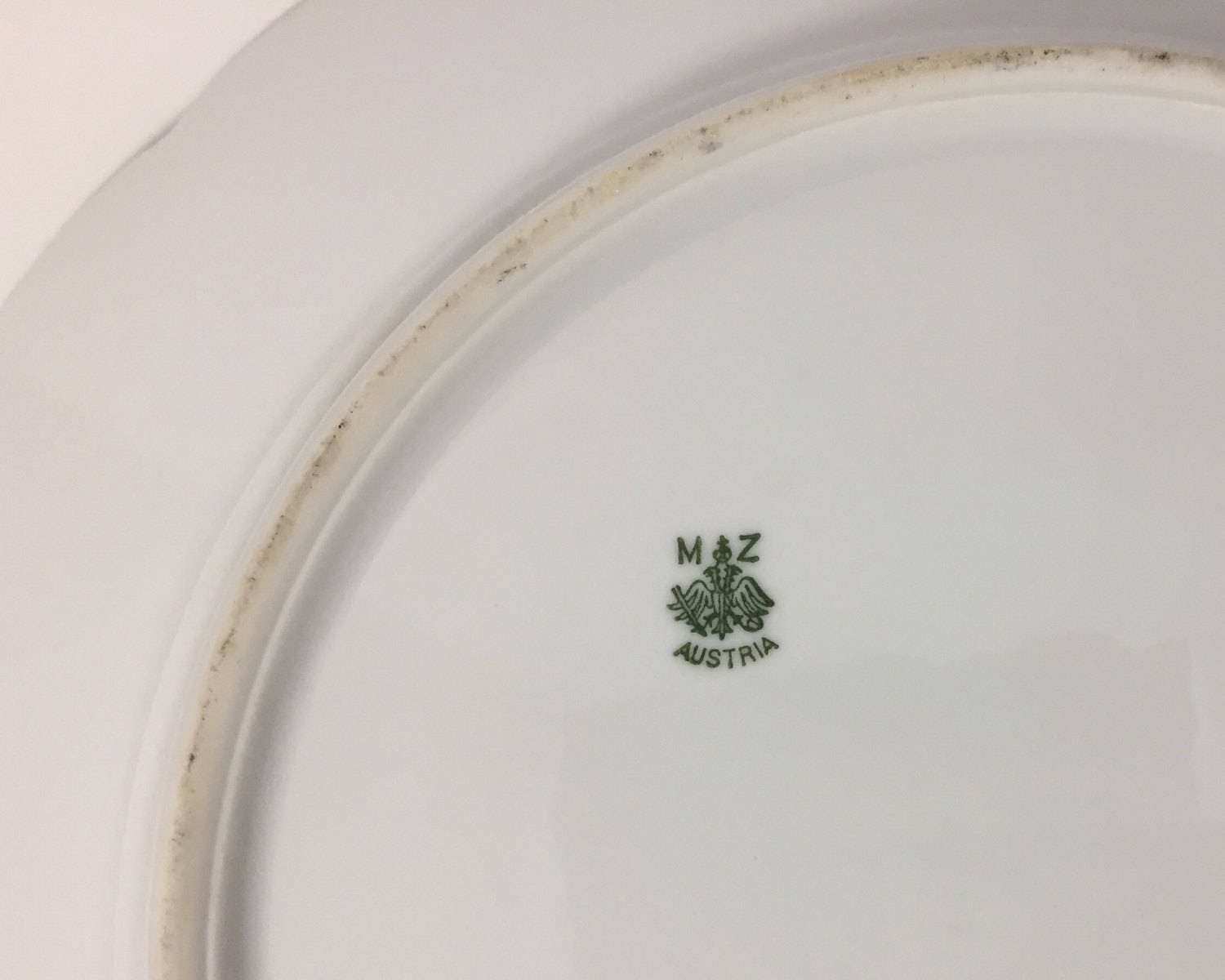 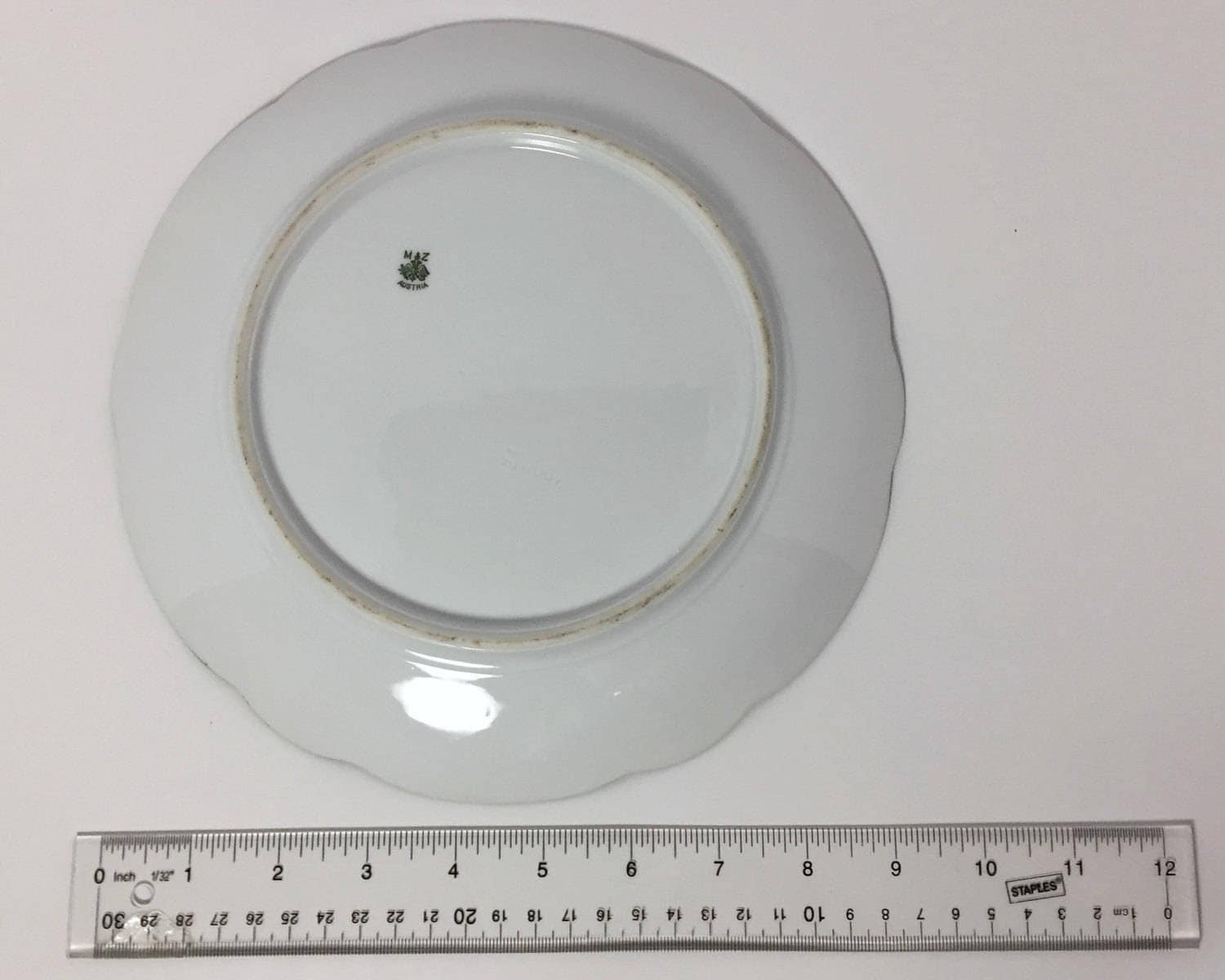 This is an awesome find - this hand painted plate (though it also might involve some transfers) which has the most charming and well-executed barnyard scene decorating its surface. A white hen jauntily shows off her new brood of white and yellow chicks to the proud rooster. The detail and style of artwork is really exemplary. I only wish it were a signed piece. I feel sure that the artist was of some note.

The back of the plate is marked with MZ Austria with a crowned eagle. This was the mark of Bohemian porcelain company Moritz Zdehauer from 1880 to 1909. Zdehauer had bought the oldest porcelain factory in the country (founded in 1810), in the town of Stara Role in Bohemia, and restored it to success after it suffered crisis. His tenure was so successful that when the German company of C. M. Hutschenreuter bought it in 1909 they kept the name Moritz Zdehauer. The porcelain factory still operates today producing quality porcelain.

CONDITION: Excellent with no chips, cracks, or nicks. There is some light scratching in places on the surface. It looks like it was used as a plate for food during it's long life time. The color remains vibrant and there is no loss there!