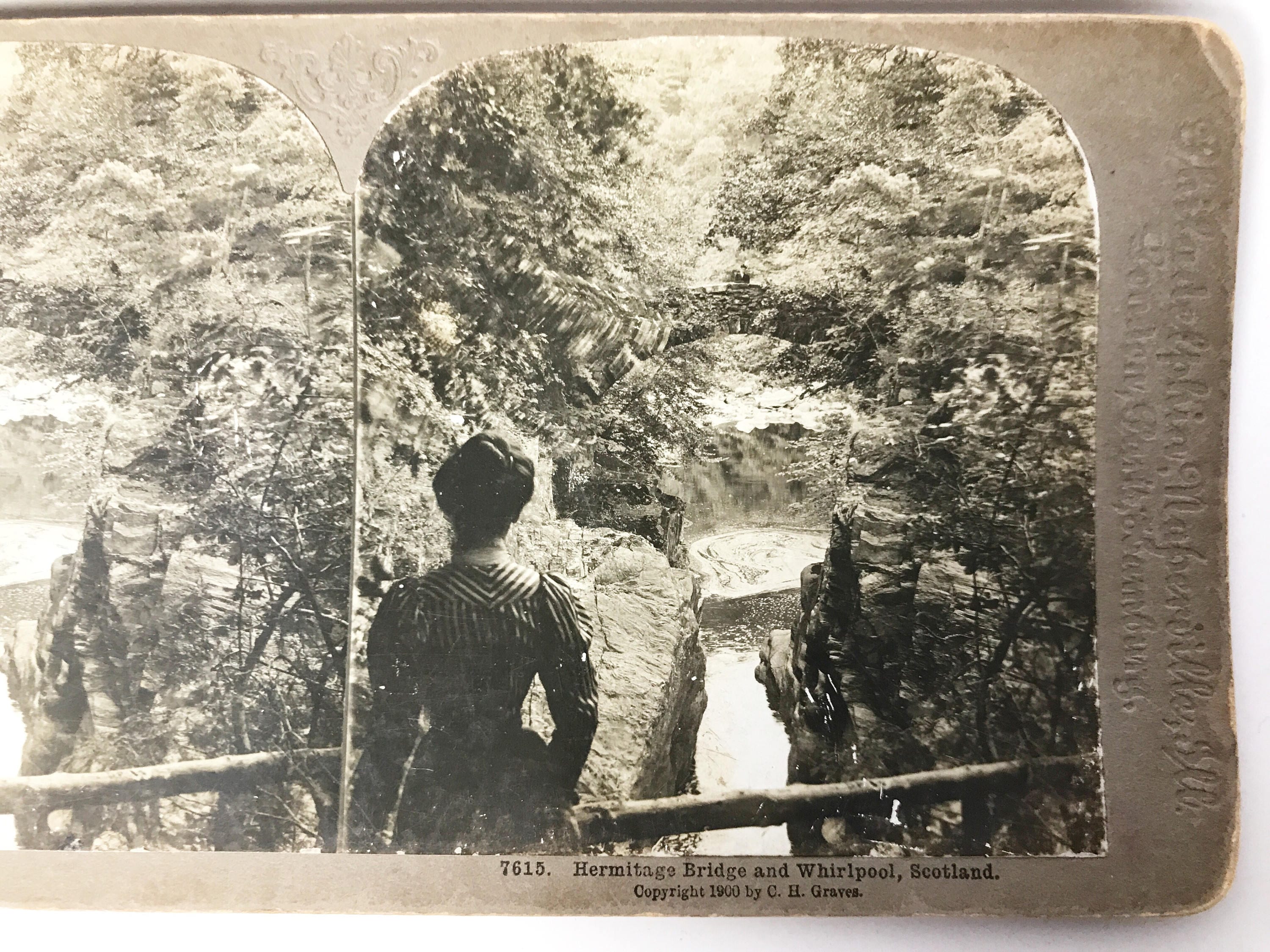 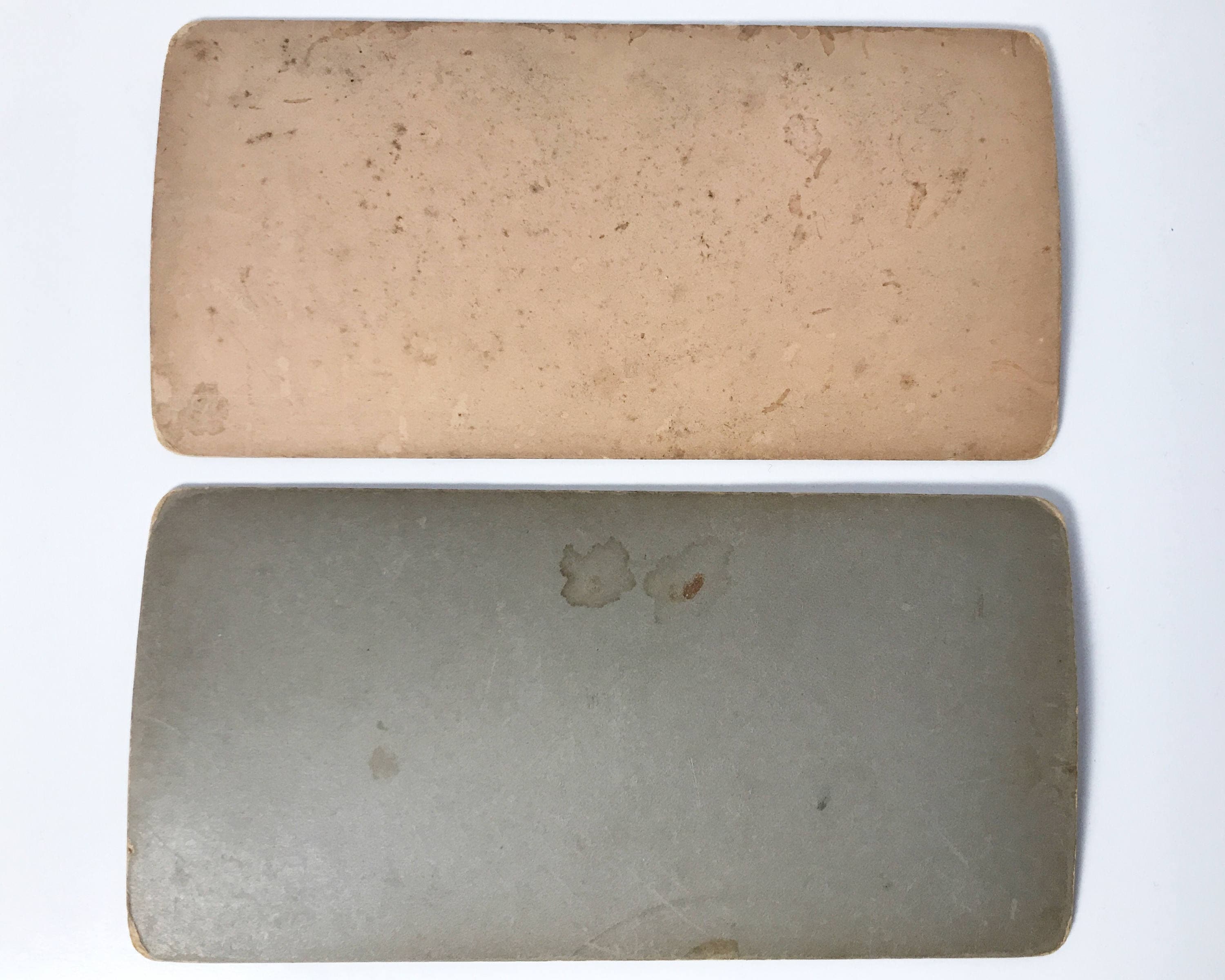 I'm currently away for Thanksgiving. All orders received through this week and next will be shipped on Dec 2. Both of these stereoviews are of Scotland. The first is a lovely scene of eventide in the Scottish Highlands showing a crofter on the banks of a lake with his sheep and cattle. Actually I can make out some other figures too, including a man with a dog. The second image is taken from behind a woman as she views another woman standing on the Hermitage Bridge viewing a whirlpool. This spot is still a well known and lovely tourist destination in Perthshire.

Both of these cards have a copyright of 1900 by C. H. Graves, and both have Universal Photo Card Co. embossed on the card, as well as some lovely scroll work. One card is pinky tan orange, and the other one is dark grey.

CONDITION: Both cards are in pretty good condition, but the Highlands card had something spilled on it at some point, and the Hermitage one has some scratching.