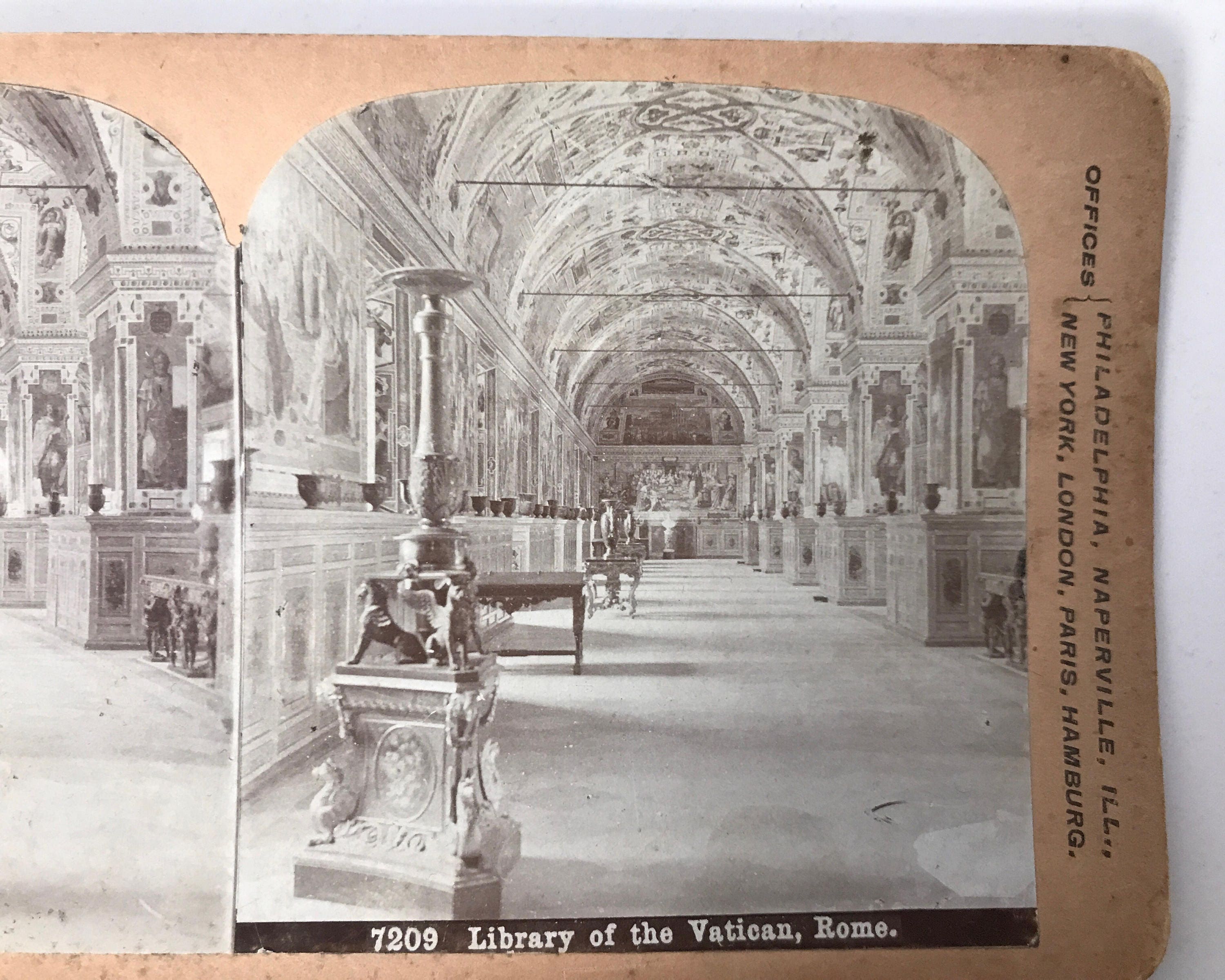 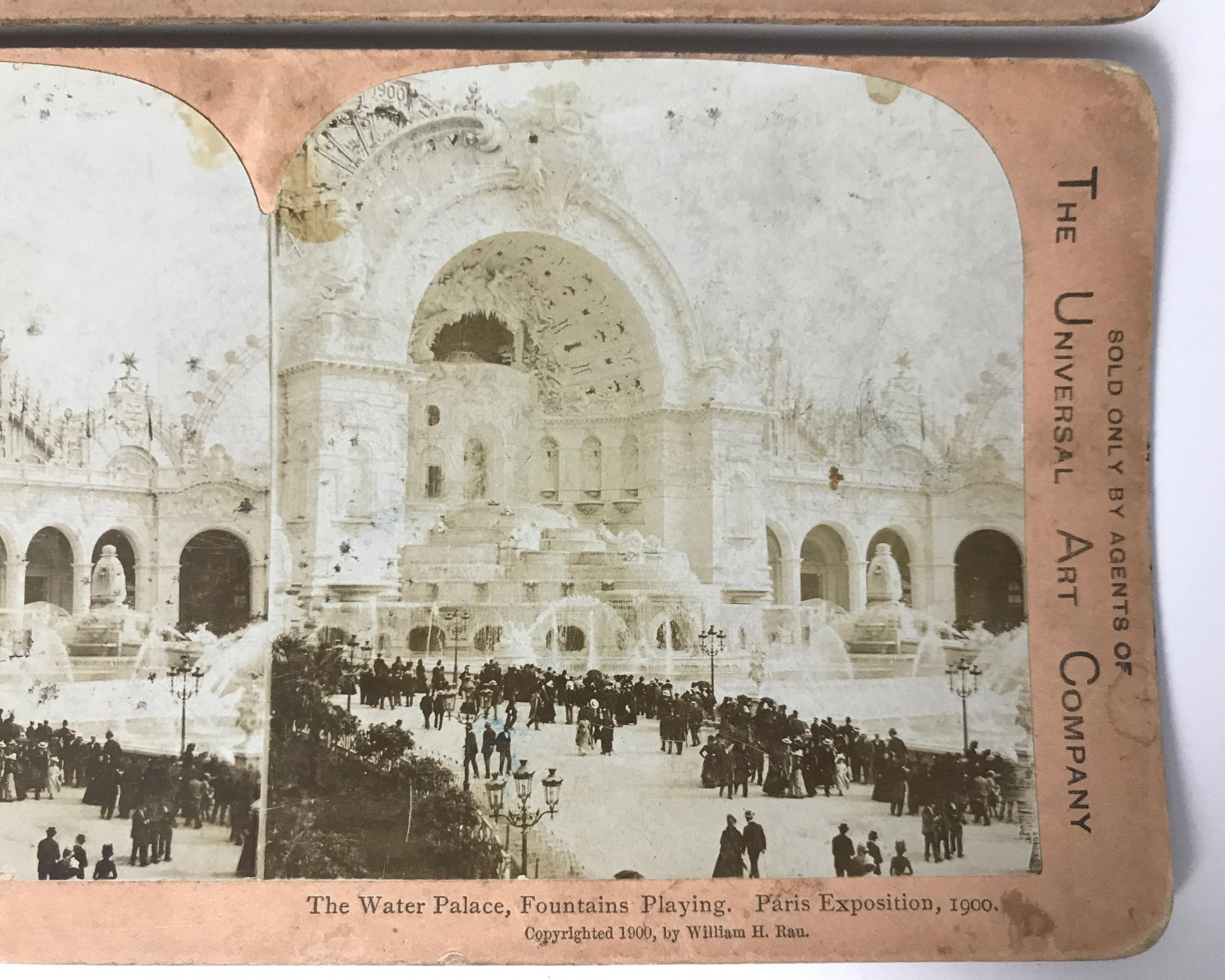 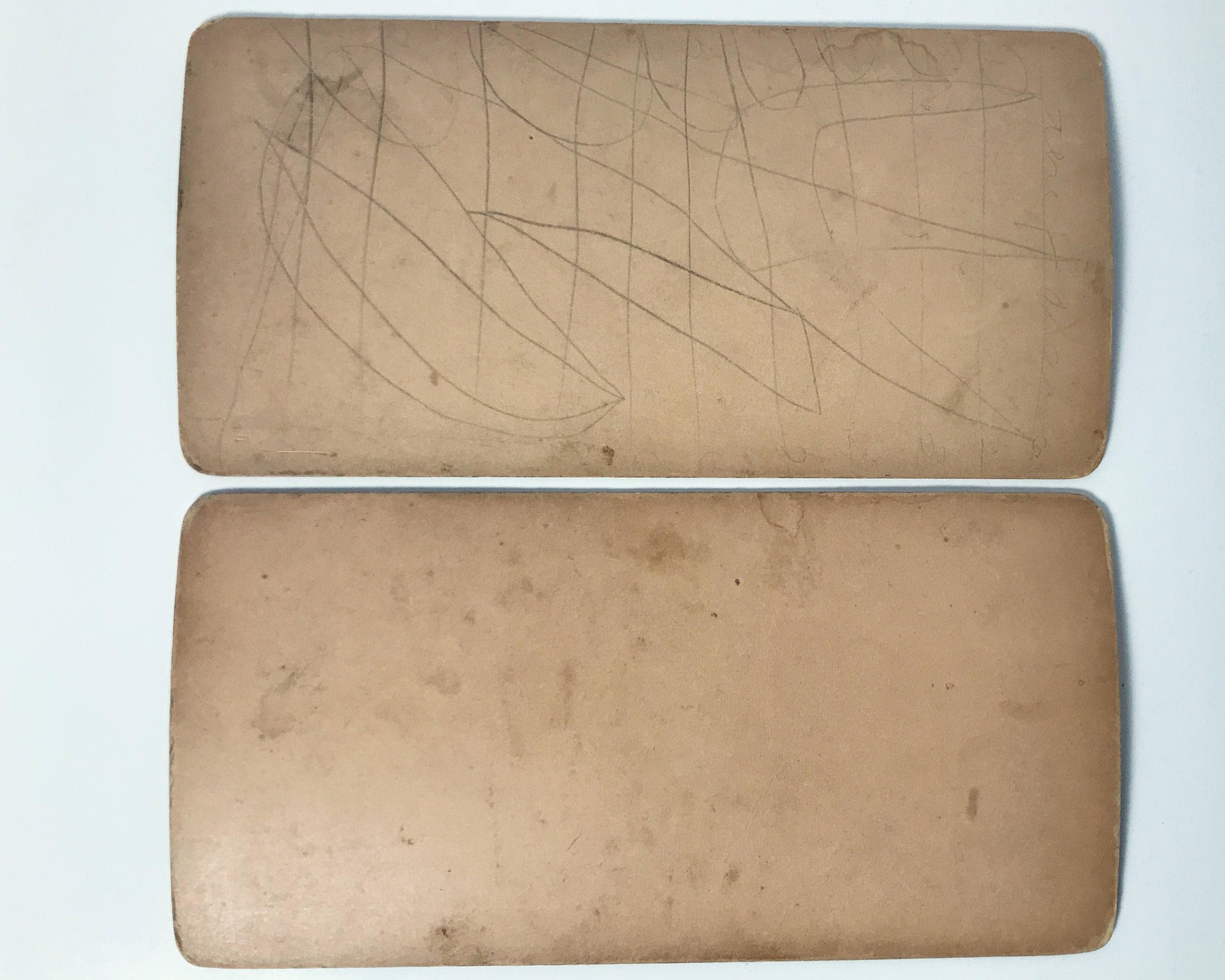 Two terrific stereoviews from The Universal Photo Art Co. run by C. H. Graves. One of them is of the Library of the Vatican, or the Vatican Library, Rome. The other is of the Water Palace at the 1900 Paris Exposition. This one is copyright 1900 by William H. Rau, and the card itself has the name "F. A. Messerschmidt" who was a general agent for Universal.

CONDITION: Both cards are in a similar condition with some fading, staining, bumping, etc. The Paris card was used to draw on by a child on the back.