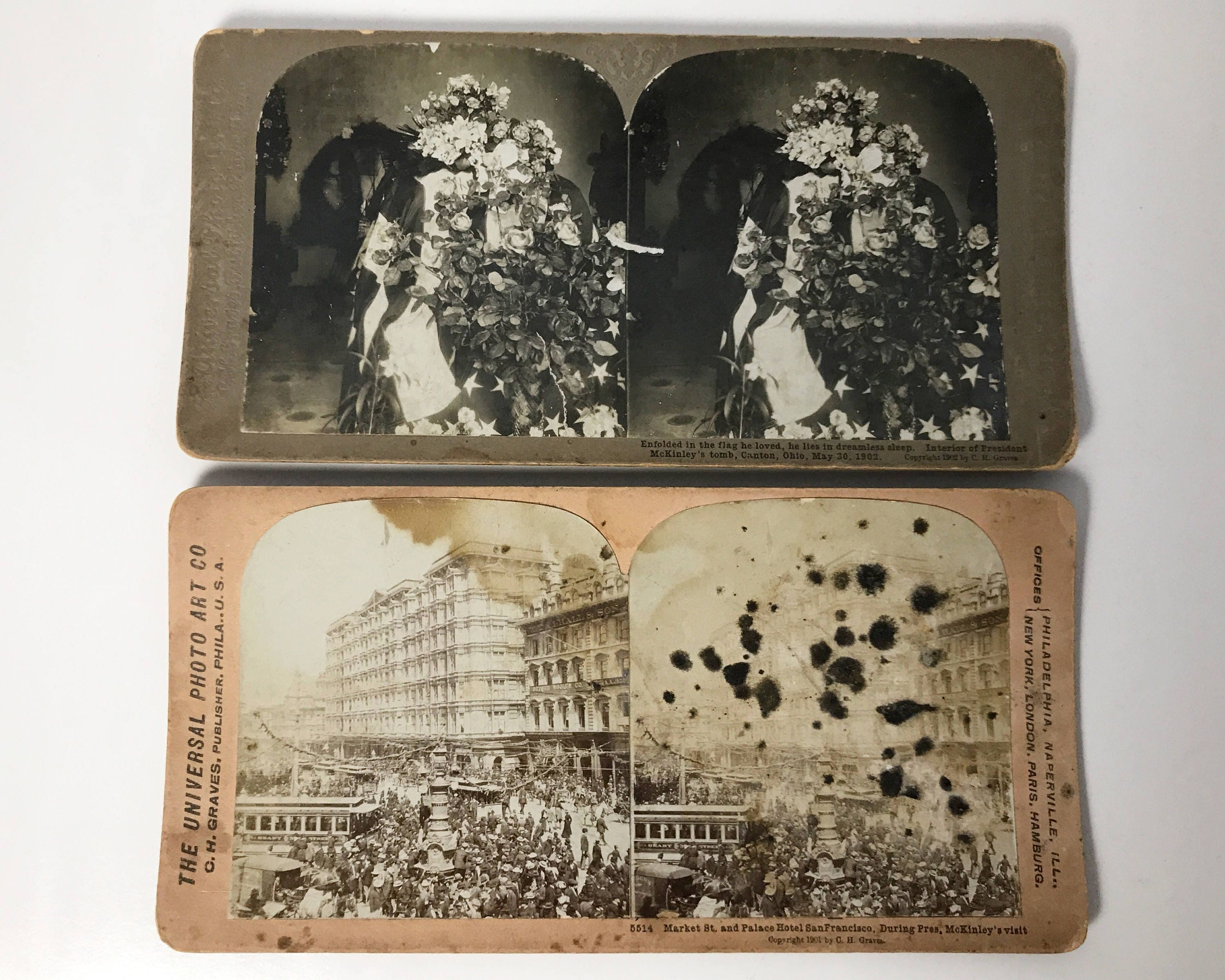 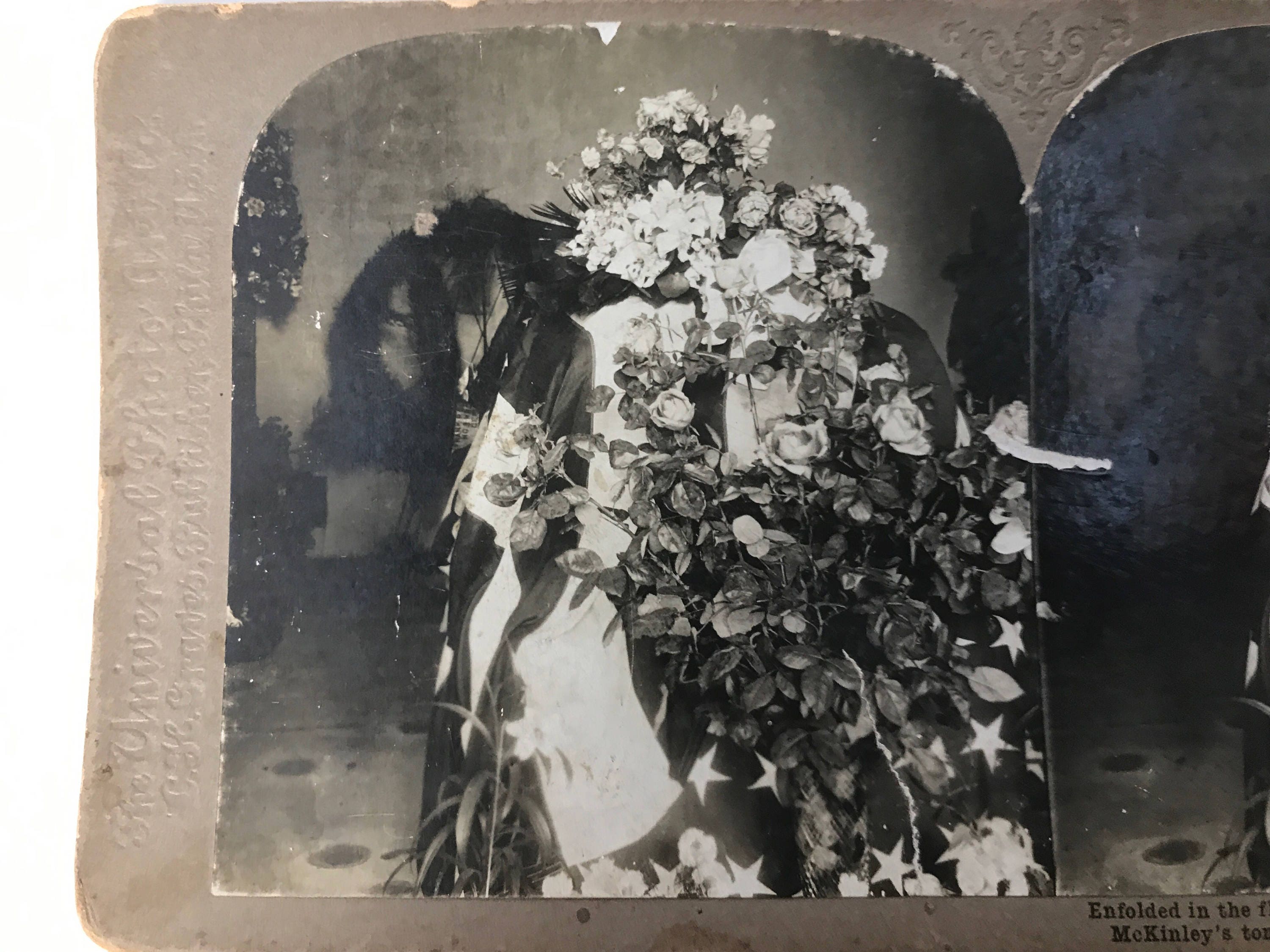 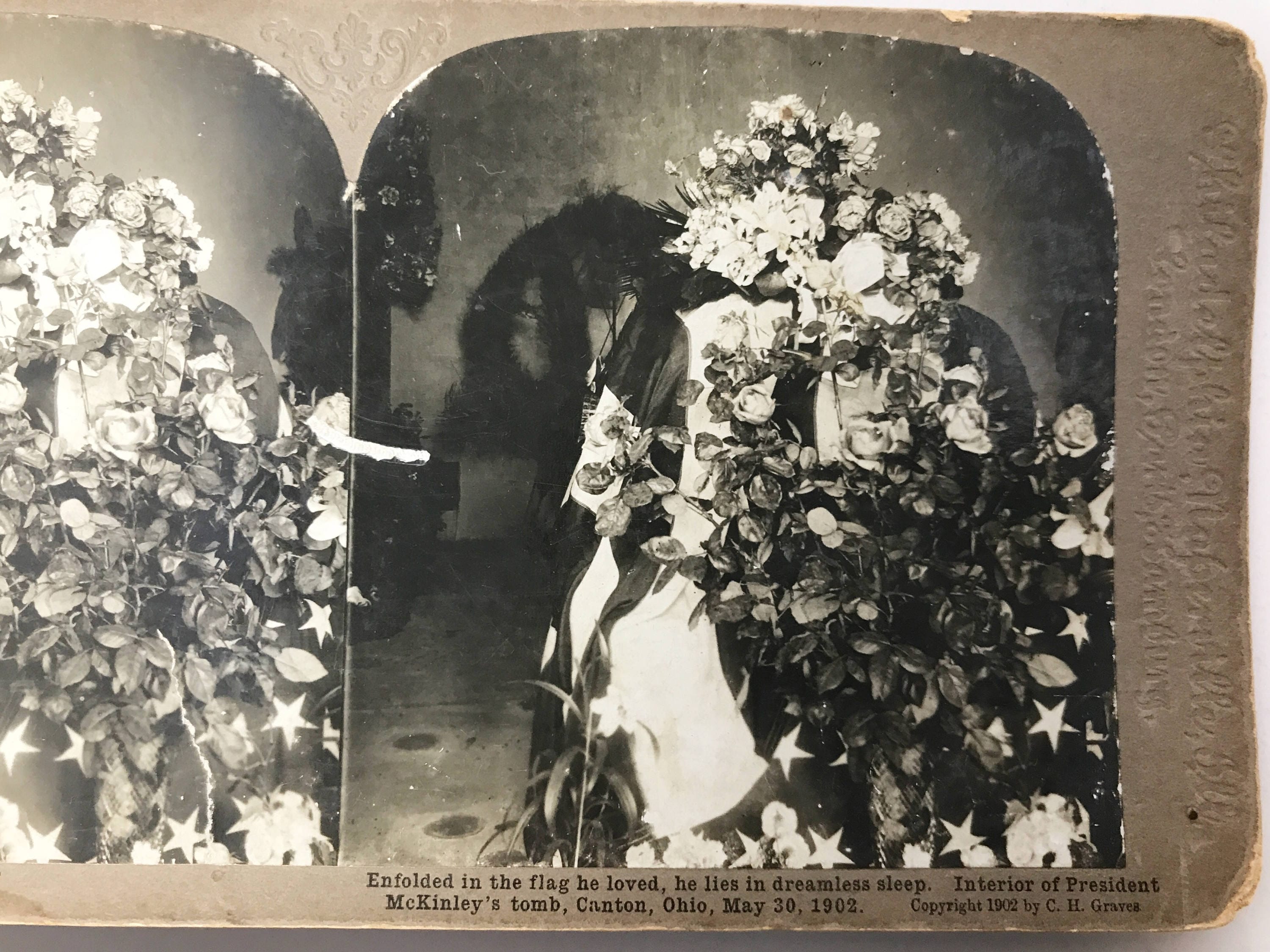 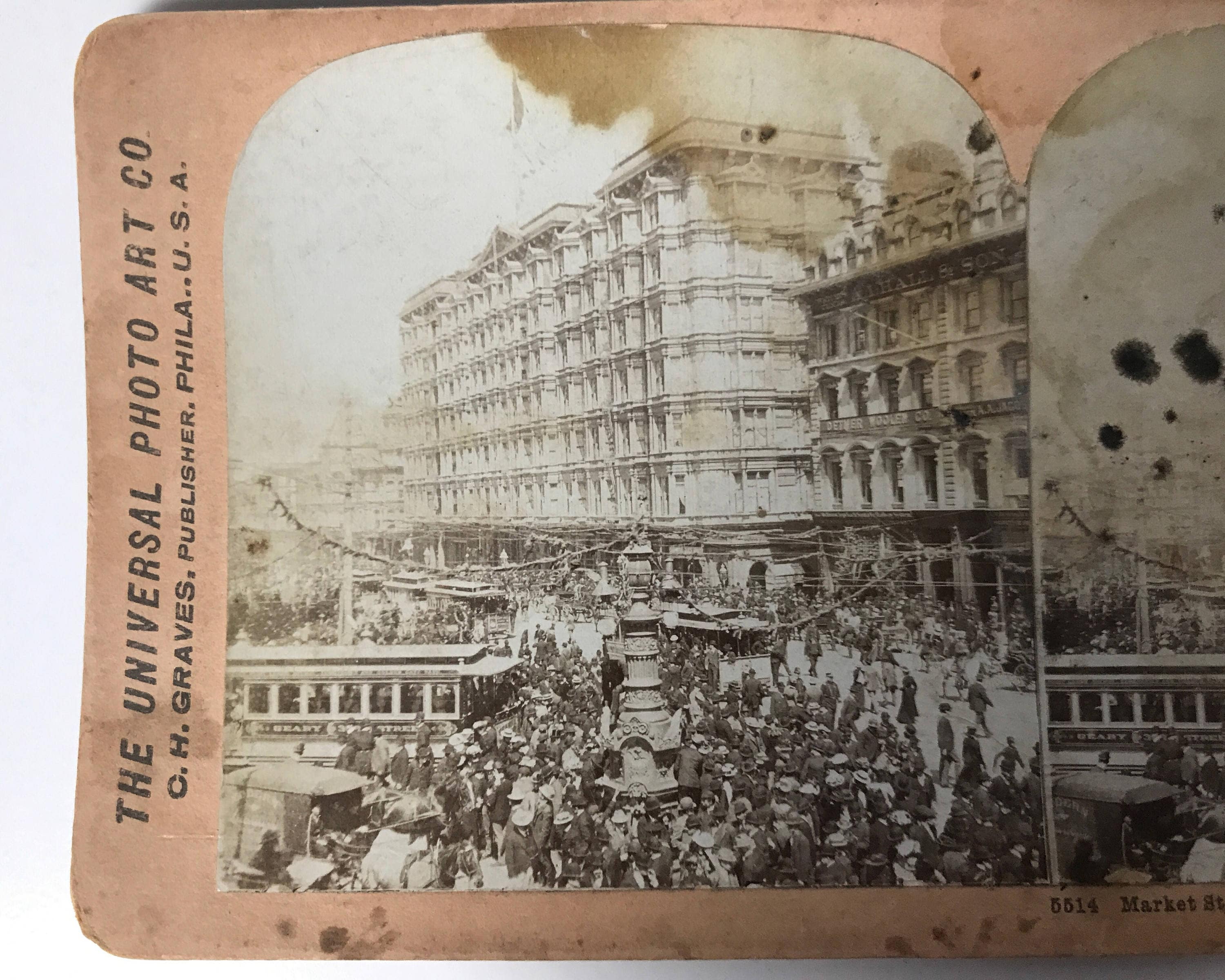 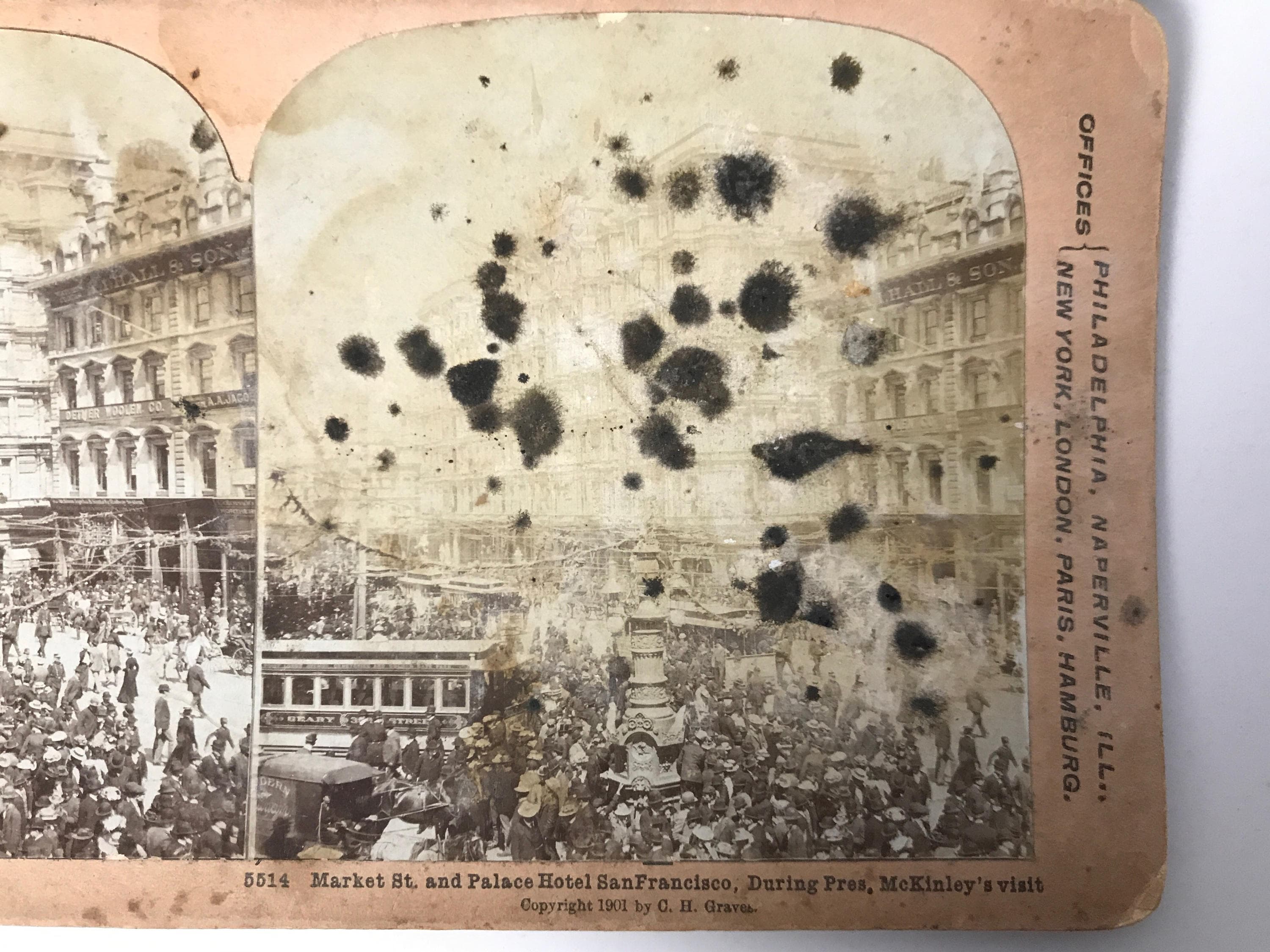 Two fascinating stereo cards from Universaral Photo Art Company featuring President McKinley - taken just one year apart. The first shows San Francisco, Market St. and the Palace Hotel, at the time of the president's visit in 1901. The next card is a sad occasion: President McKinley's tomb, photographed by C. H. Graves in 1902. The visit in San Francisco was part of a post-inauguration tour undertaken after McKinley won his second term by a landslide. At the culmination of the tour, in New York at the New York Exposition McKinley was assassinated by an anarchist. Sadly for McKinley, shot in the belly twice, the surgeons never found the second bullet and McKinley had a slow death by gangrene. Ironically one of the first x-ray machines was being exhibited at the New York Exposition. It was not used on the president.

Both of these photos are copyrighted by C. H. Graves himself. These are rarer.

CONDITION: The tomb card is in good to fair condition with some chipping, wear, and a scratch between the two images, but the photo remains crisp. However the San Francisco card, the older card, has some fading as well as extensive staining and discoloration to the right hand side. There is mold damage. Please view photos.