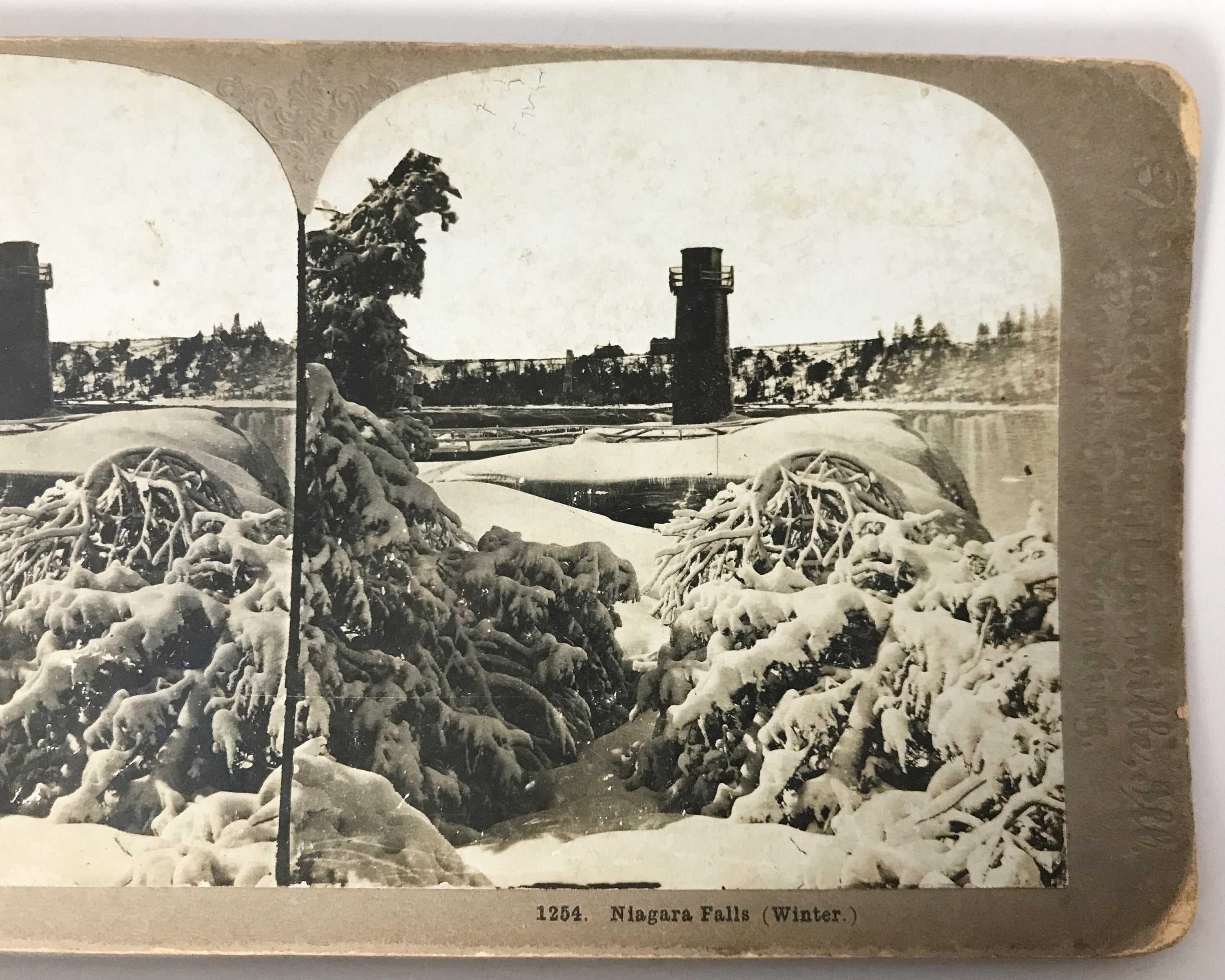 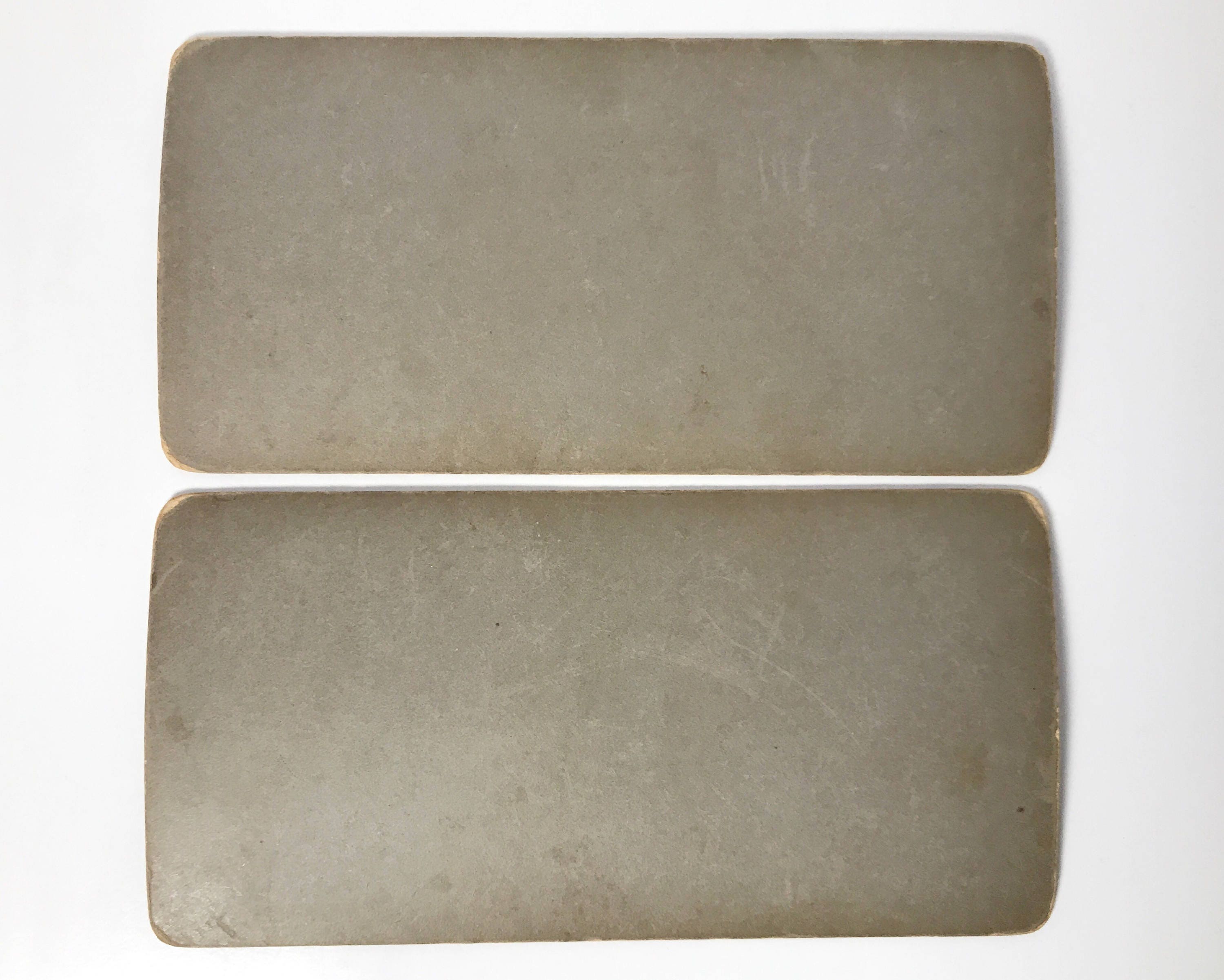 An unusual view of the top of Niagra Falls in winter (# 1254) along with Eagle mound and gardens, Soldier's home in Dayton, Ohio (# 3485). Both stereo card views are from Universal Photo Art Company with Publisher C. H. Graves, and Philadelphia impressed on the grey card stock. This would date these to around 1902, give or take a few years.

CONDITION: Good with very nice bright clear photos, and just some minimal bumping. The surface of the photos shows signs of rubbing against other cards.