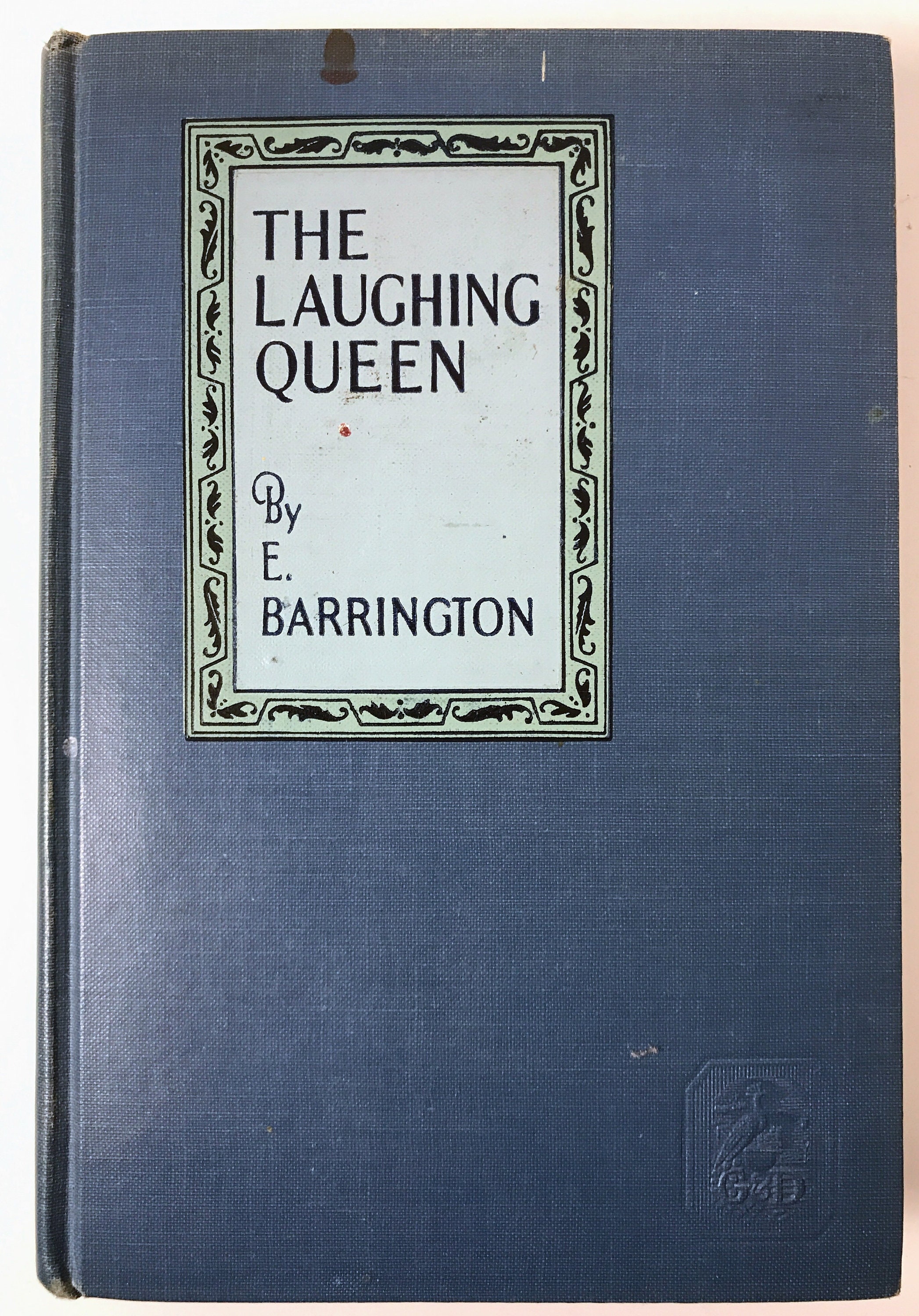 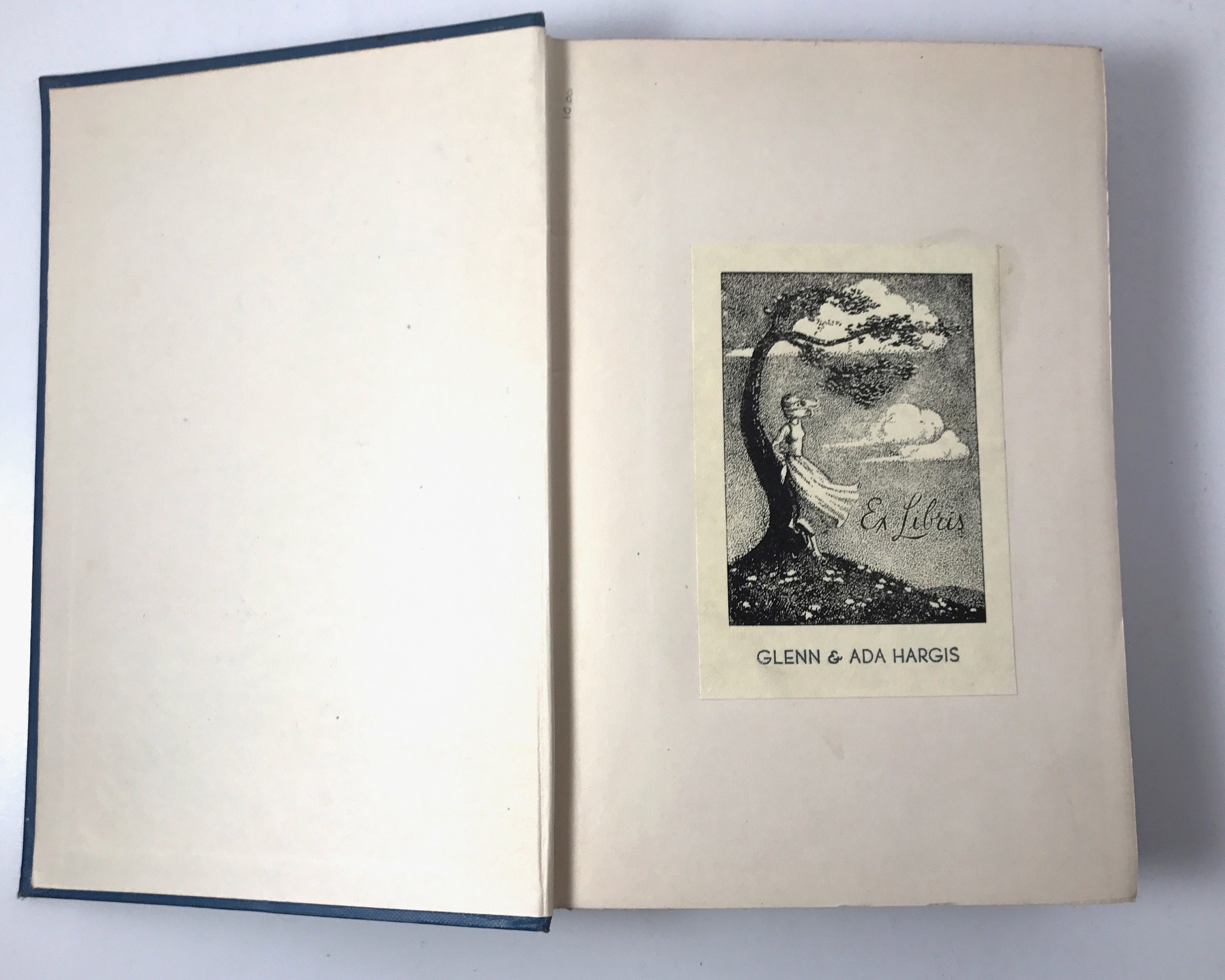 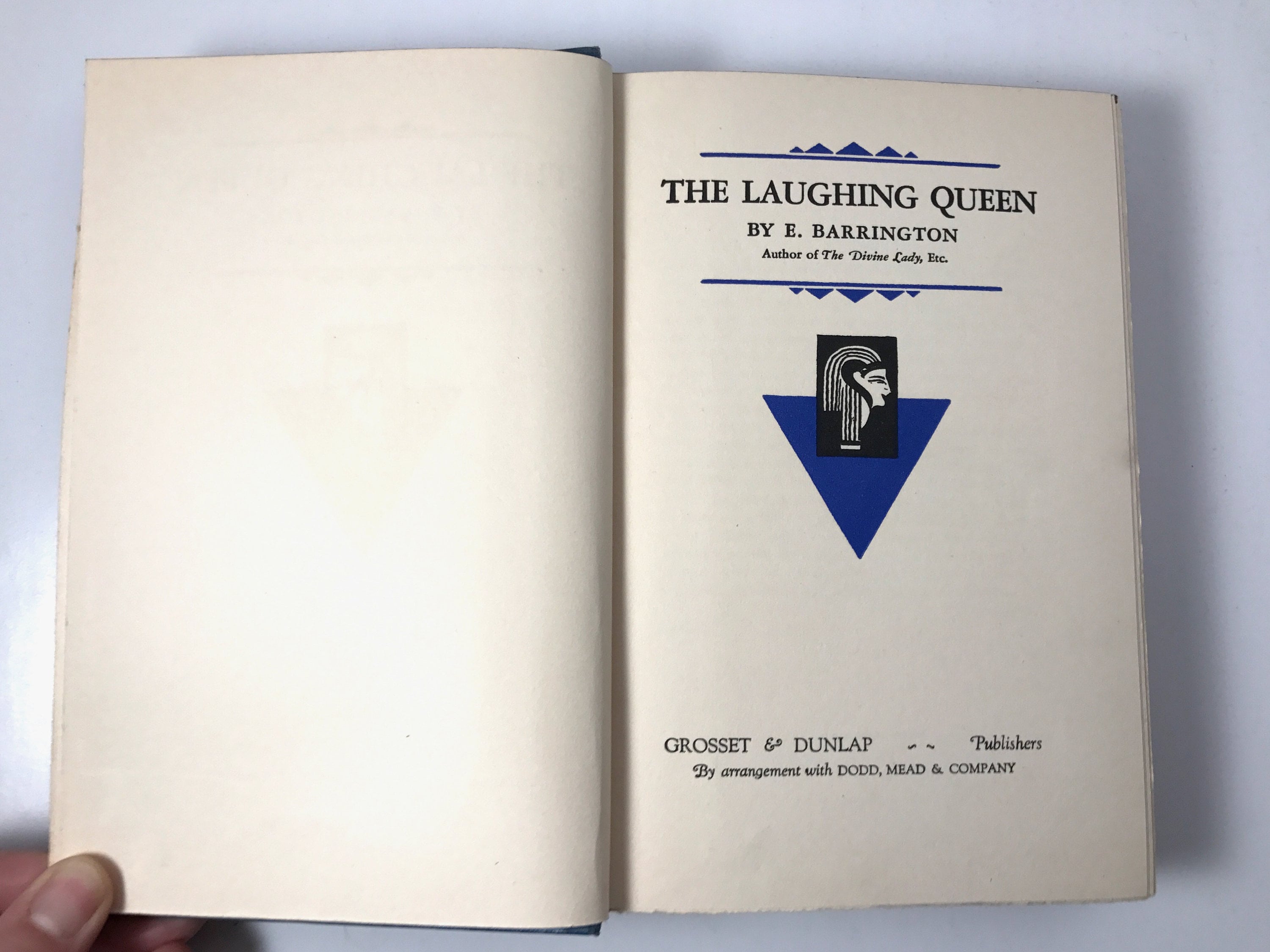 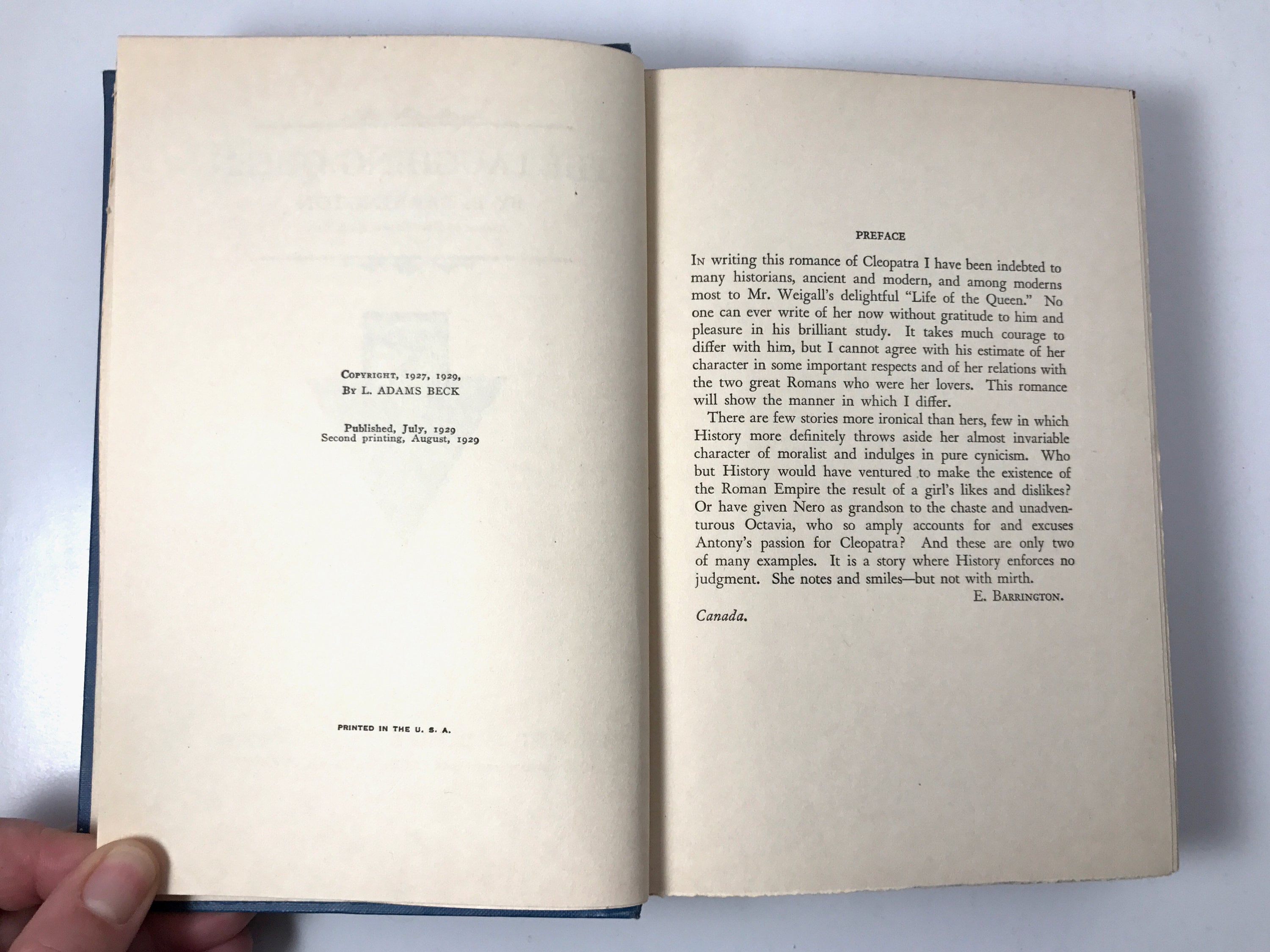 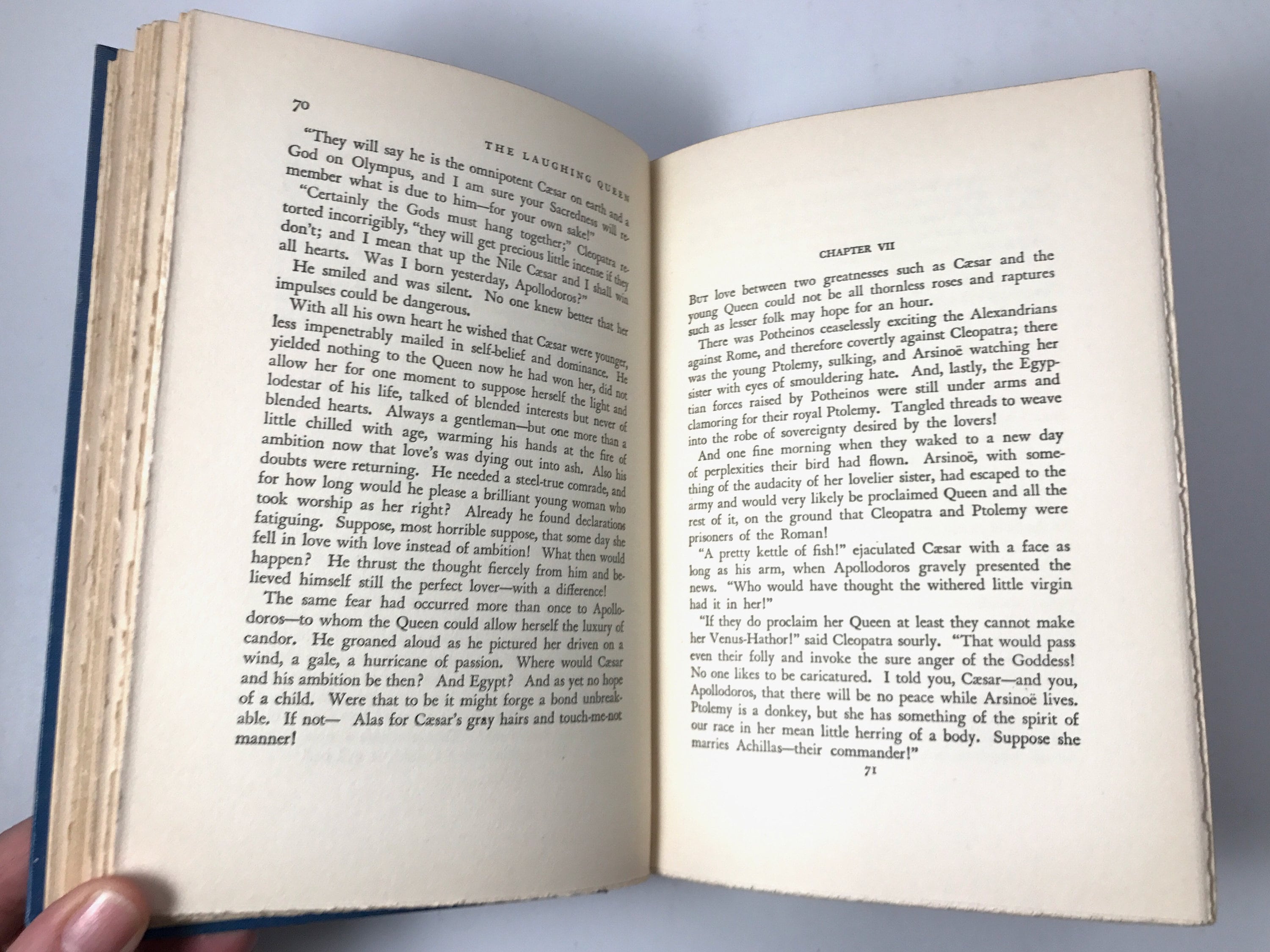 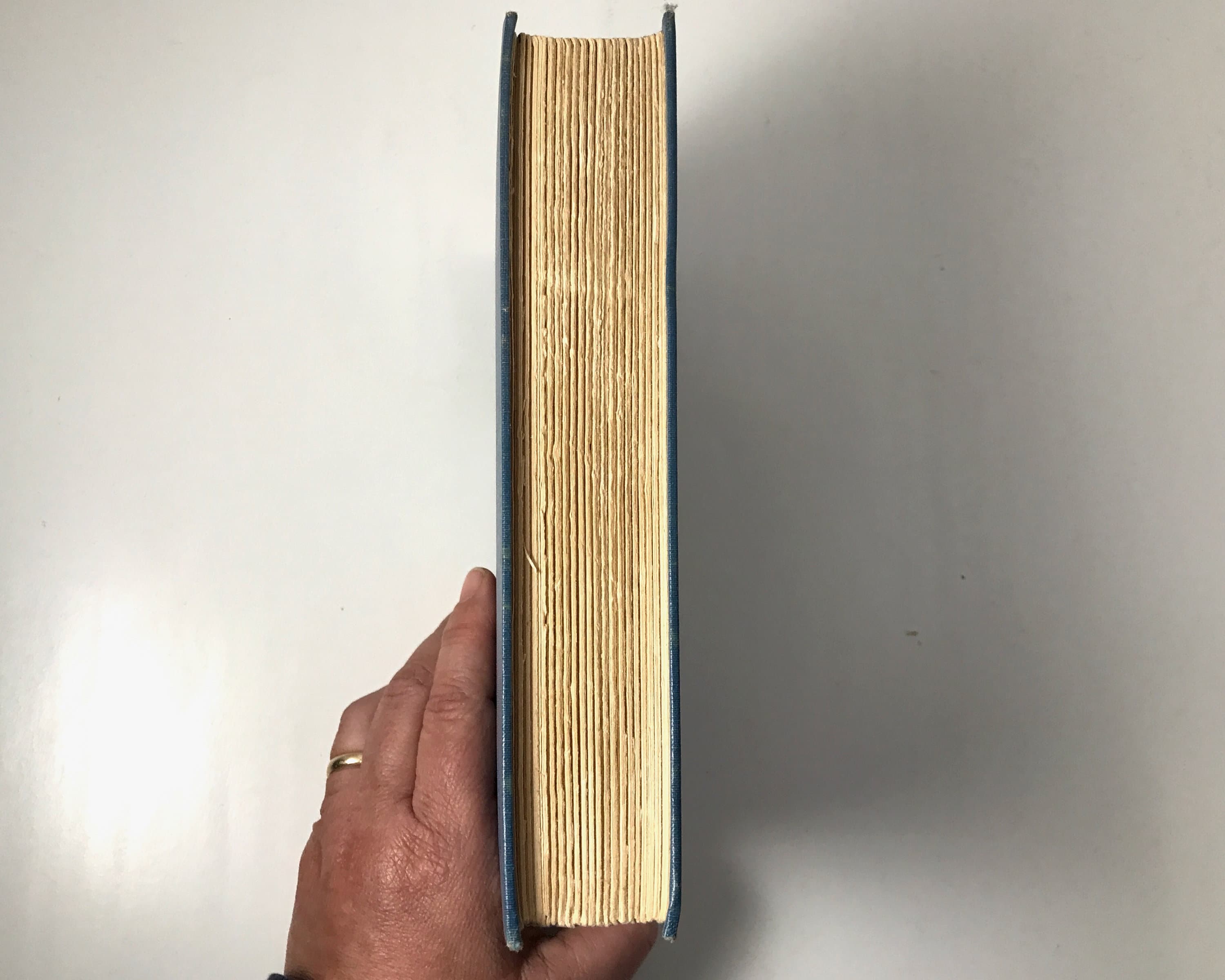 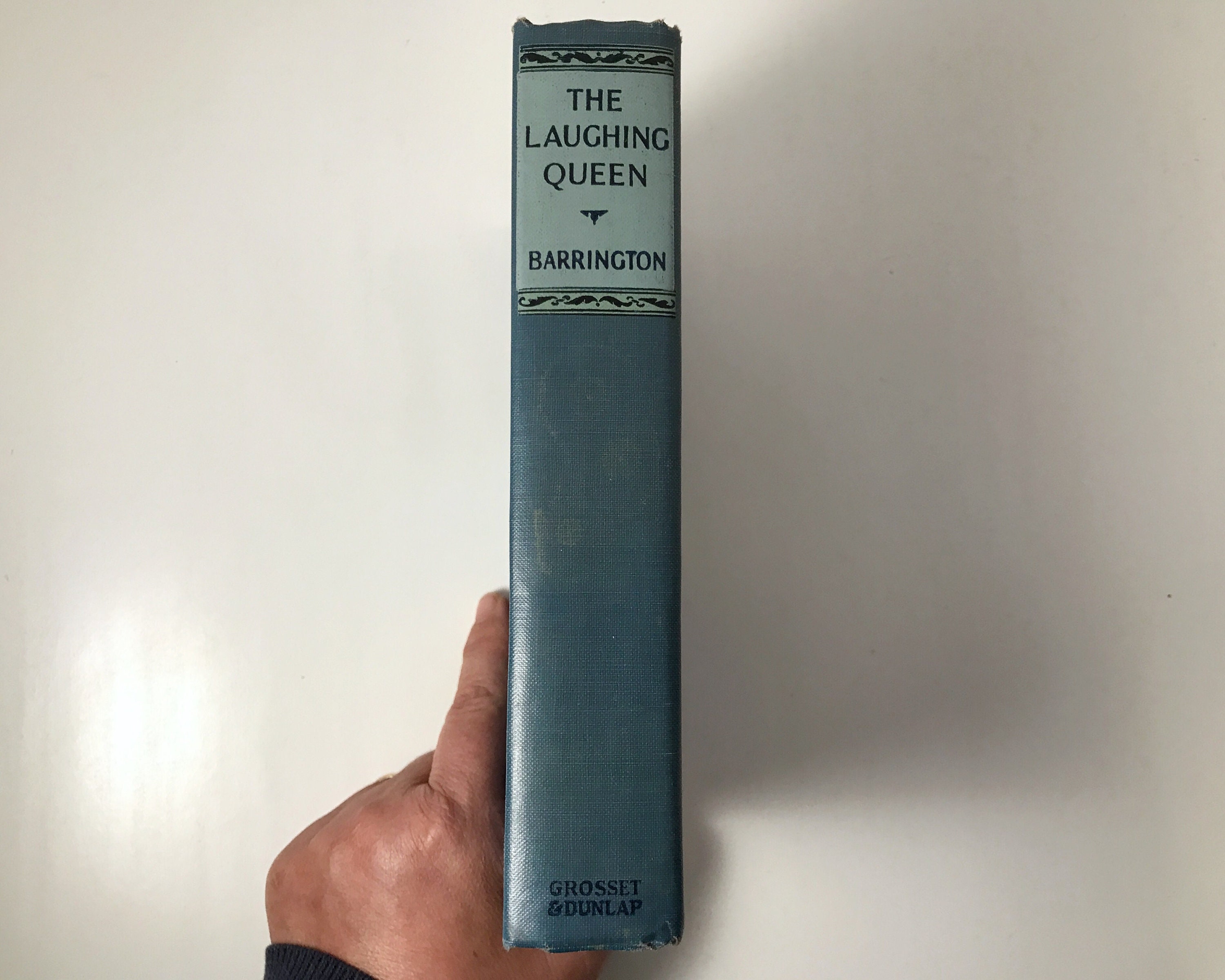 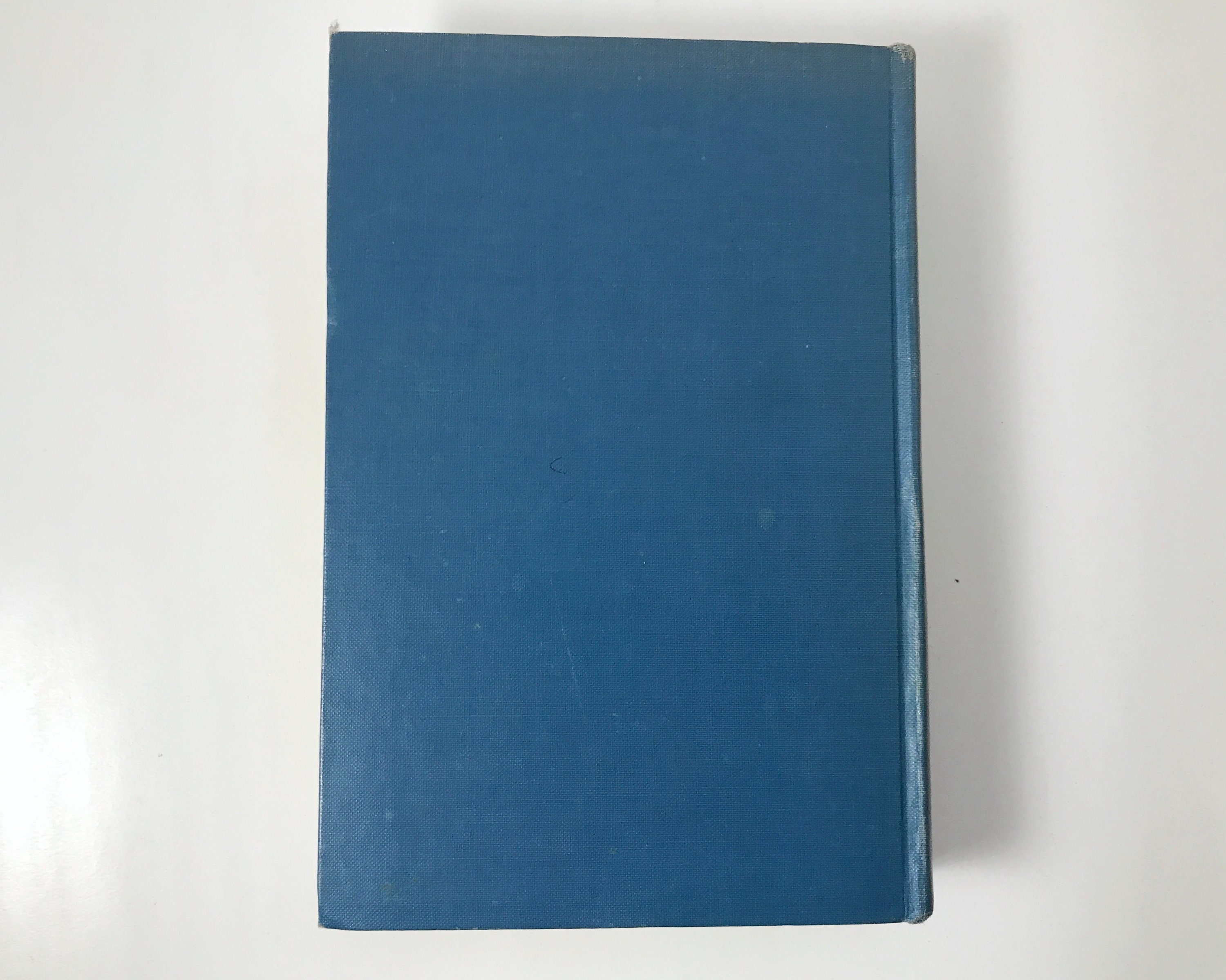 The Laughing Queen by E. Barrington - FIRST EDITION - The Story of Cleopatra

The Laughing Queen is the story of Cleopatra, retold vividly by E. Barrington, and published in 1929. It was so successful at the time that it became the basis for the Cecile B. DeMille epic "Cleopatra" of 1934, starring Claudette Colbert.

E. Barrington was the pen name of Elizabeth Louisa Moresby, who also wrote under the pen name Lily Beck or L. Adams Beck. Born in Britain she became one of Canada's most popular writers, and wrote mainly historical fiction. In her life she spent time in Egypt, India, Tibet, China and Japan, so stories set in the East were her favorite.

This edition is a 1929 FIRST EDITION published by Grosset & Dunlap and is marked as a second printing, by arrangement with Dodd, Mead & Co.

CONDITION: Very Good to Fine with tight binding, very little wear or bumping on the blue boards, just some slight soiling. Clean pages, no tanning. It has a ex libris name plate. No DJ.