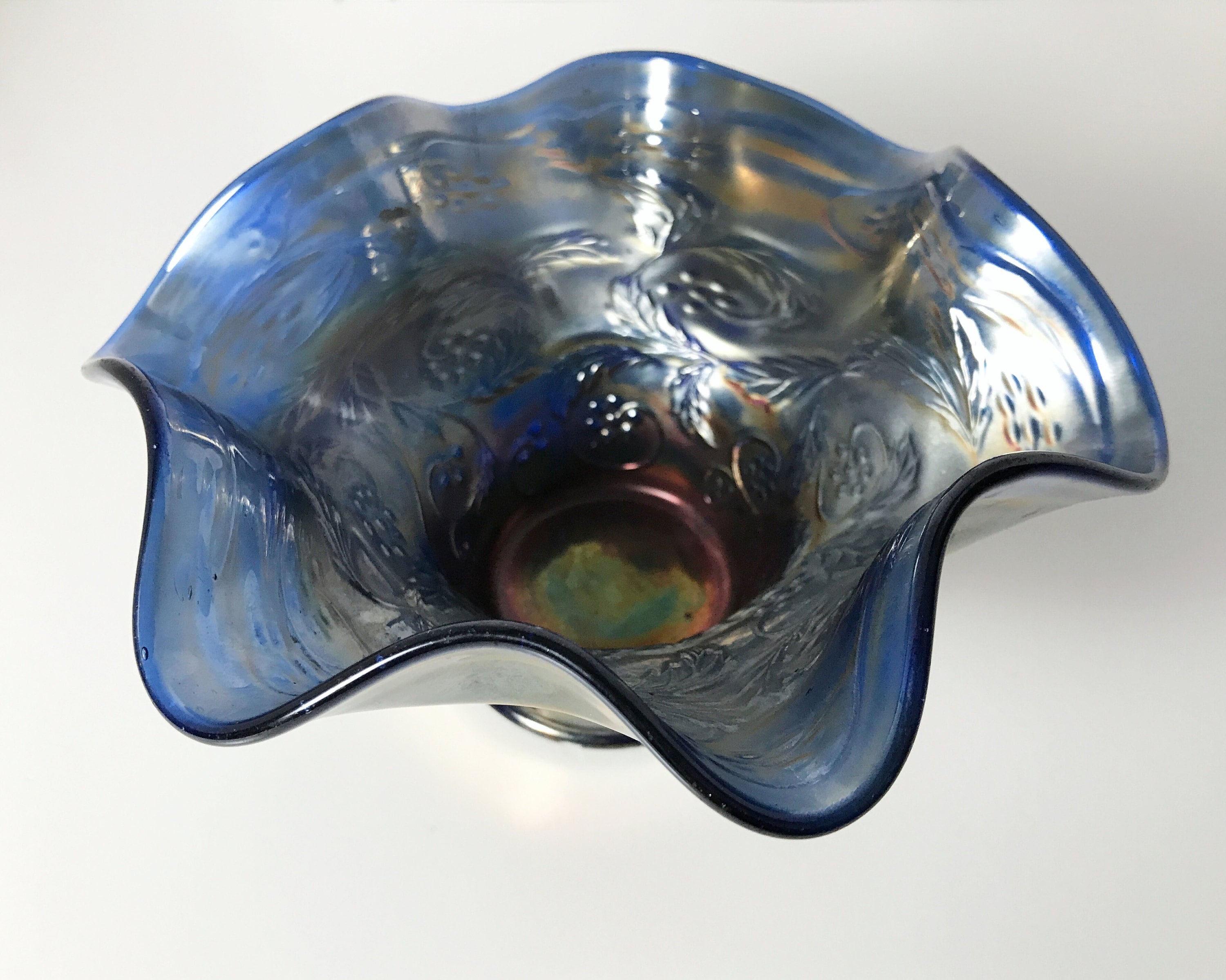 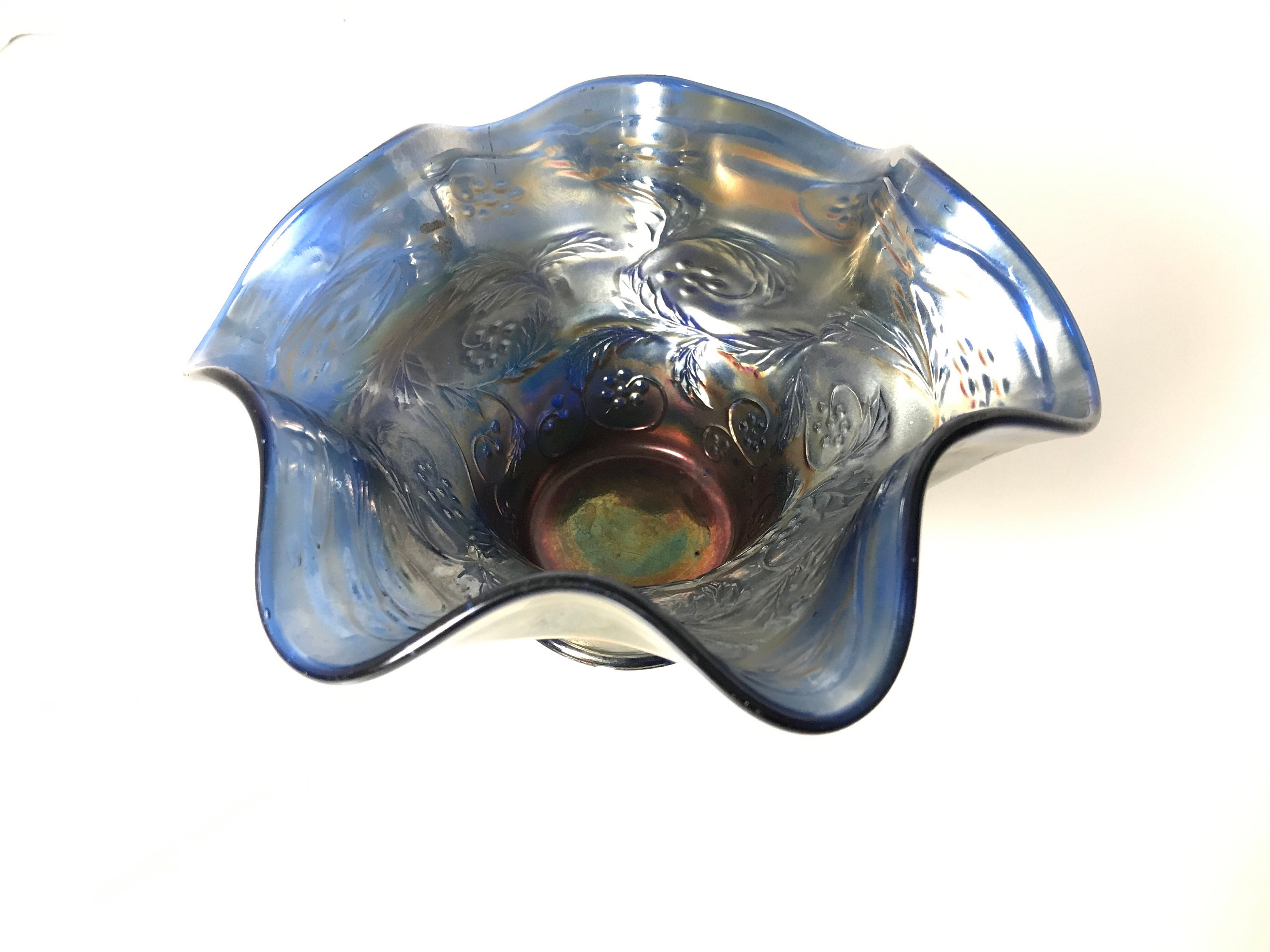 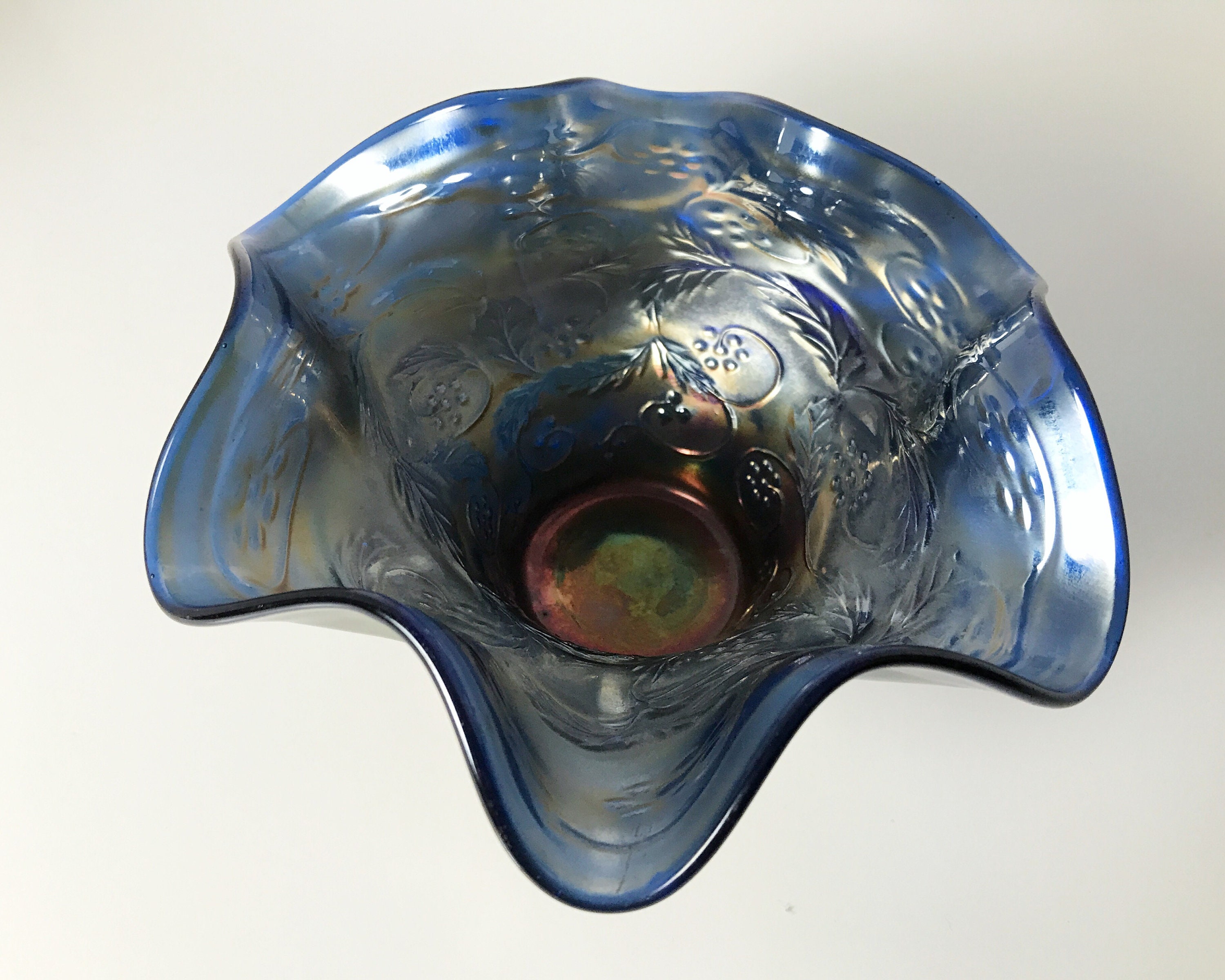 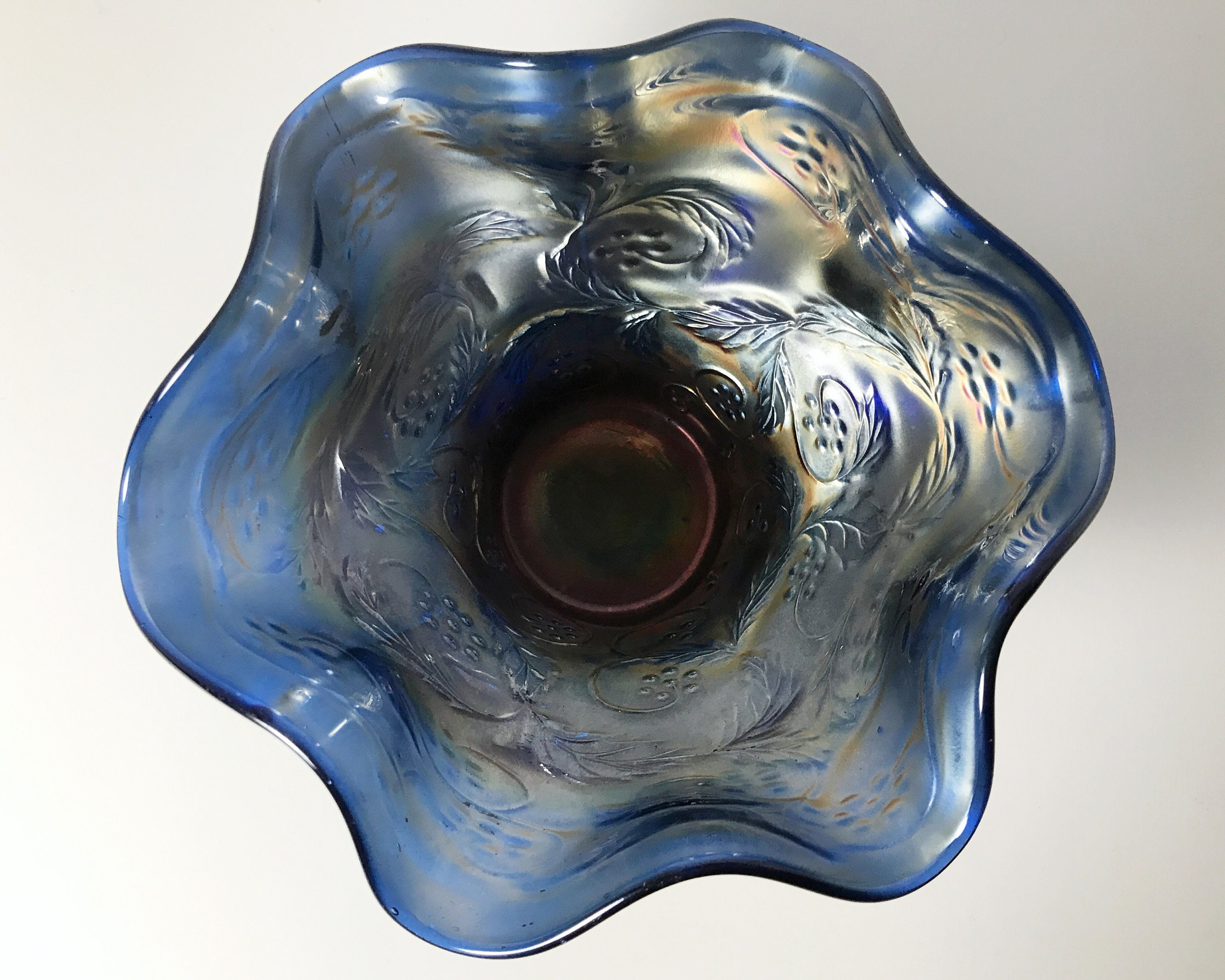 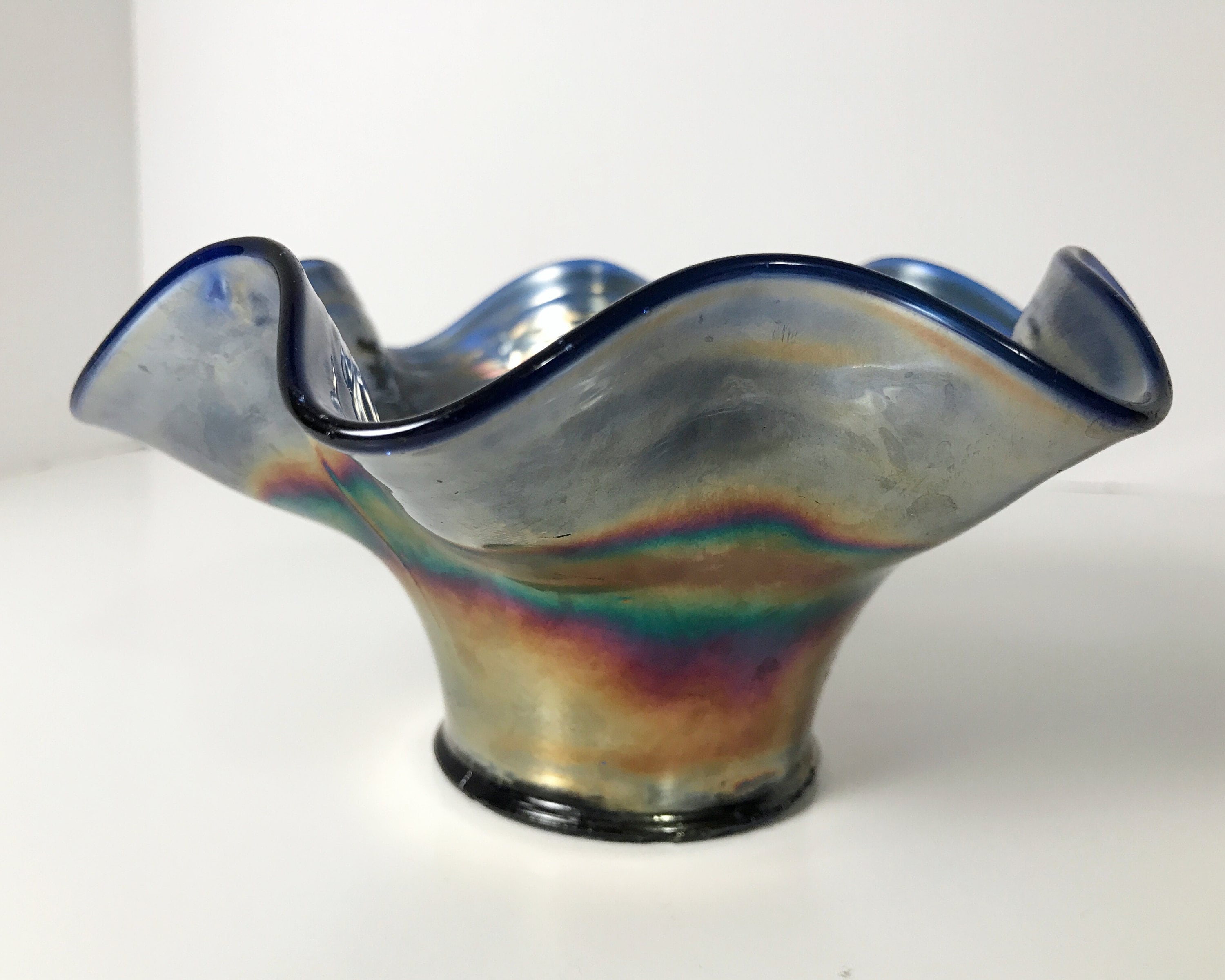 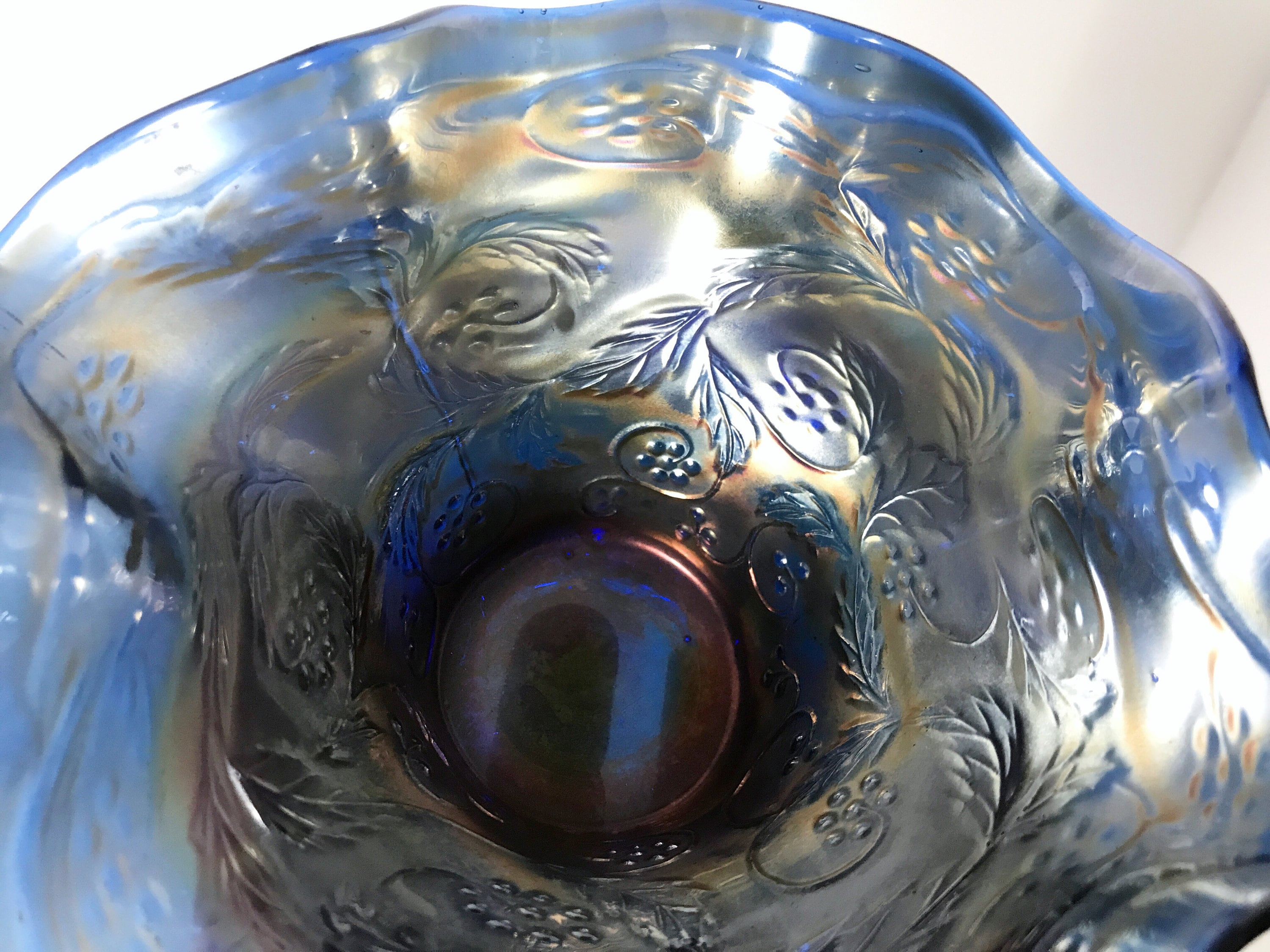 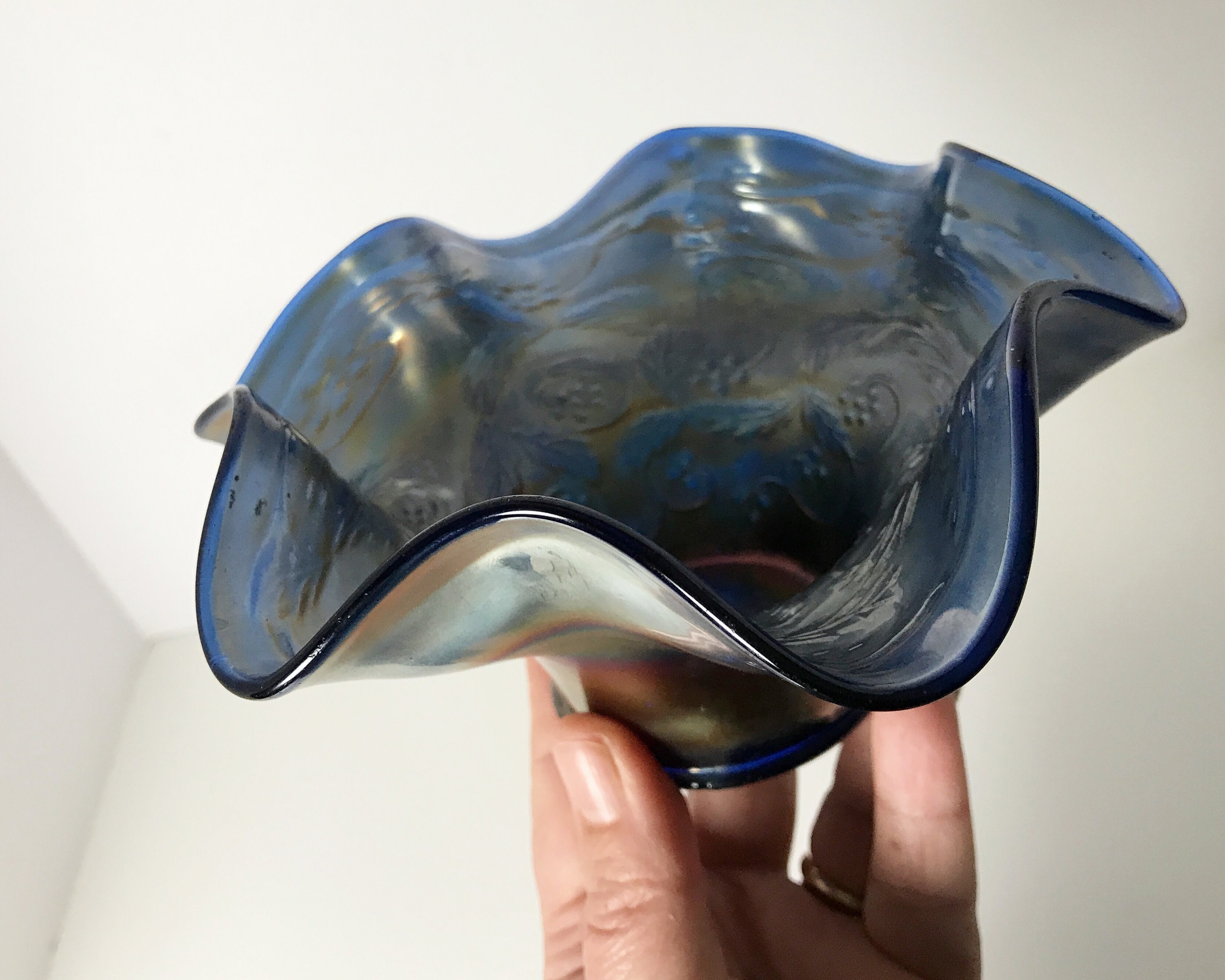 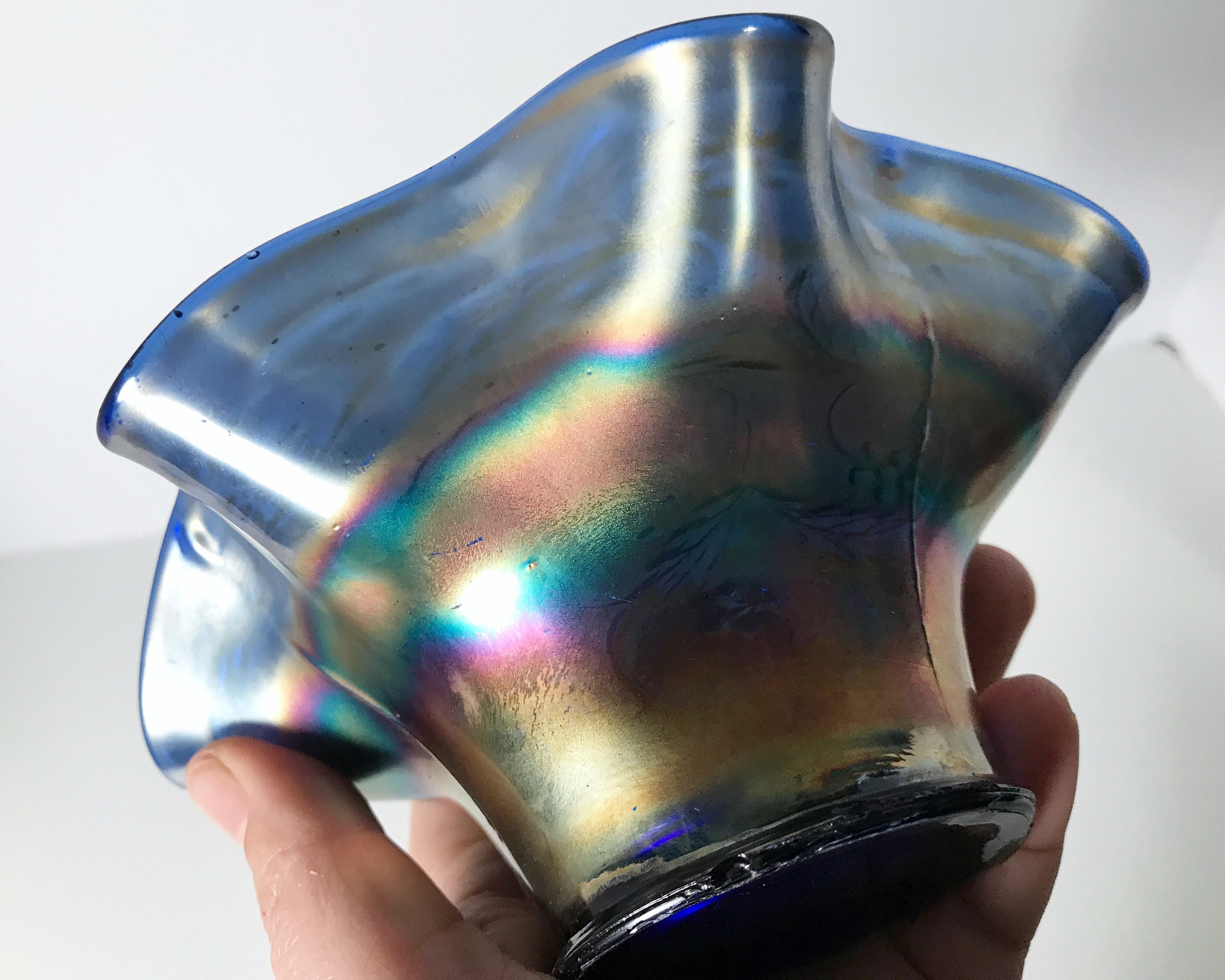 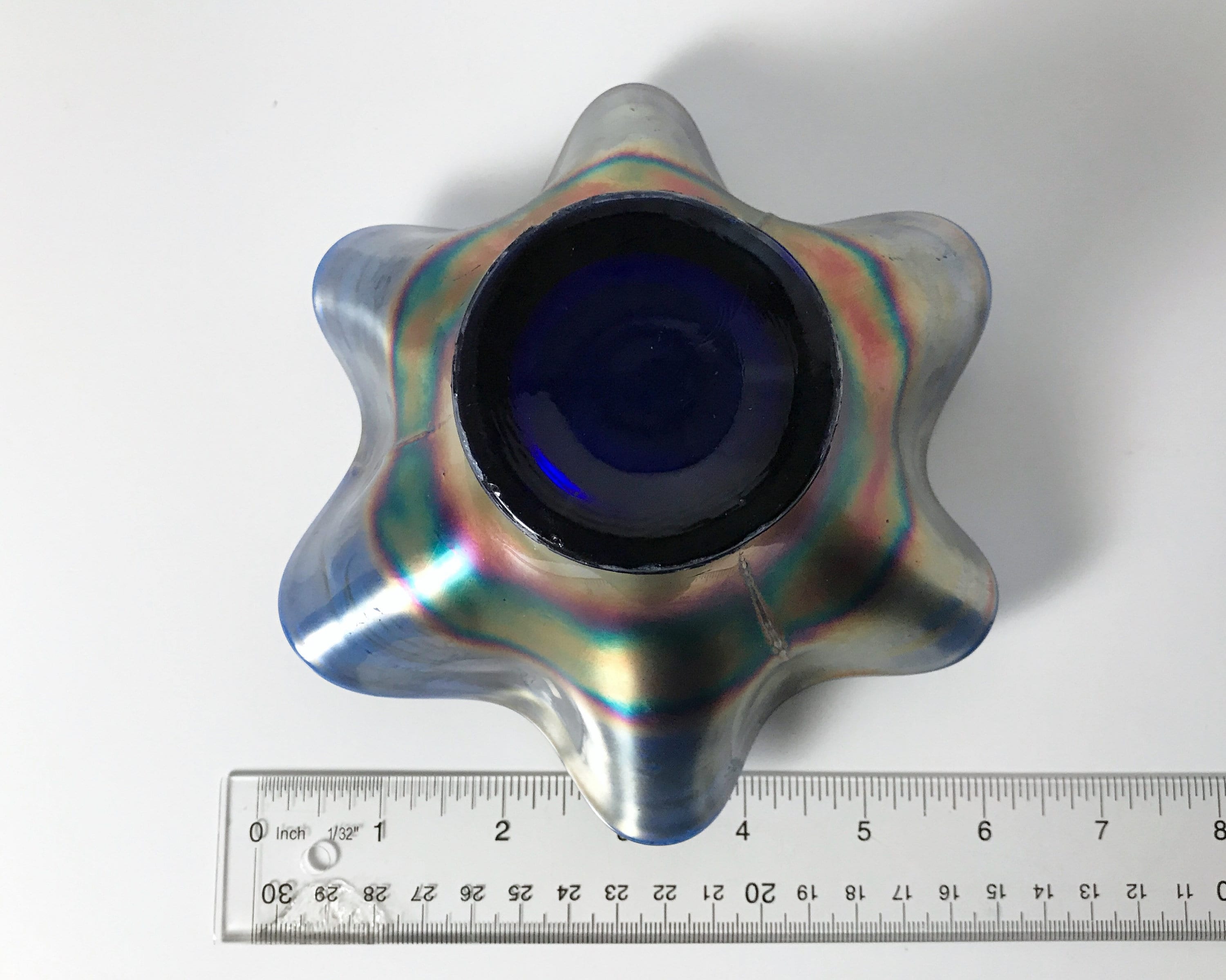 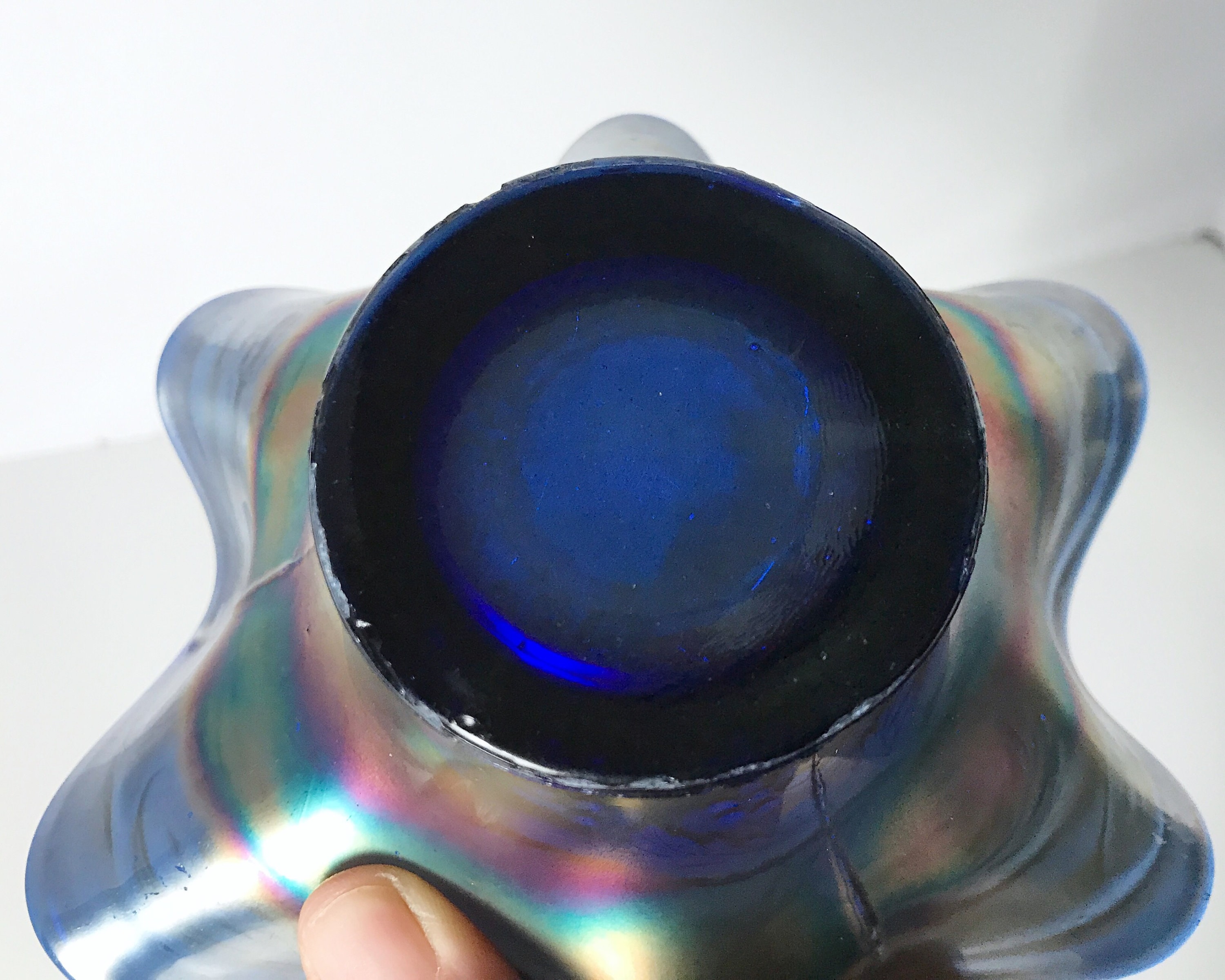 Lovely deep cobalt blue is used as the base for the wonderful iridescent peacock blue sheen on this "French Knots" novelty vase or bowl called a "hat". It's attributed to Fenton Glass by many of the Carnival Glass experts because this hat shape is very typical of Fenton. This is a relatively rare pattern that only appears on the hat shape. This is an old piece made during the first wave of carnival glass making in the first part of the 20th century, and appears in the book "Fenton Glass: the First 25 Years".

CONDITION: Very good, but it does have some wear and small chips/abrasion on the base seam. Please study the photos.