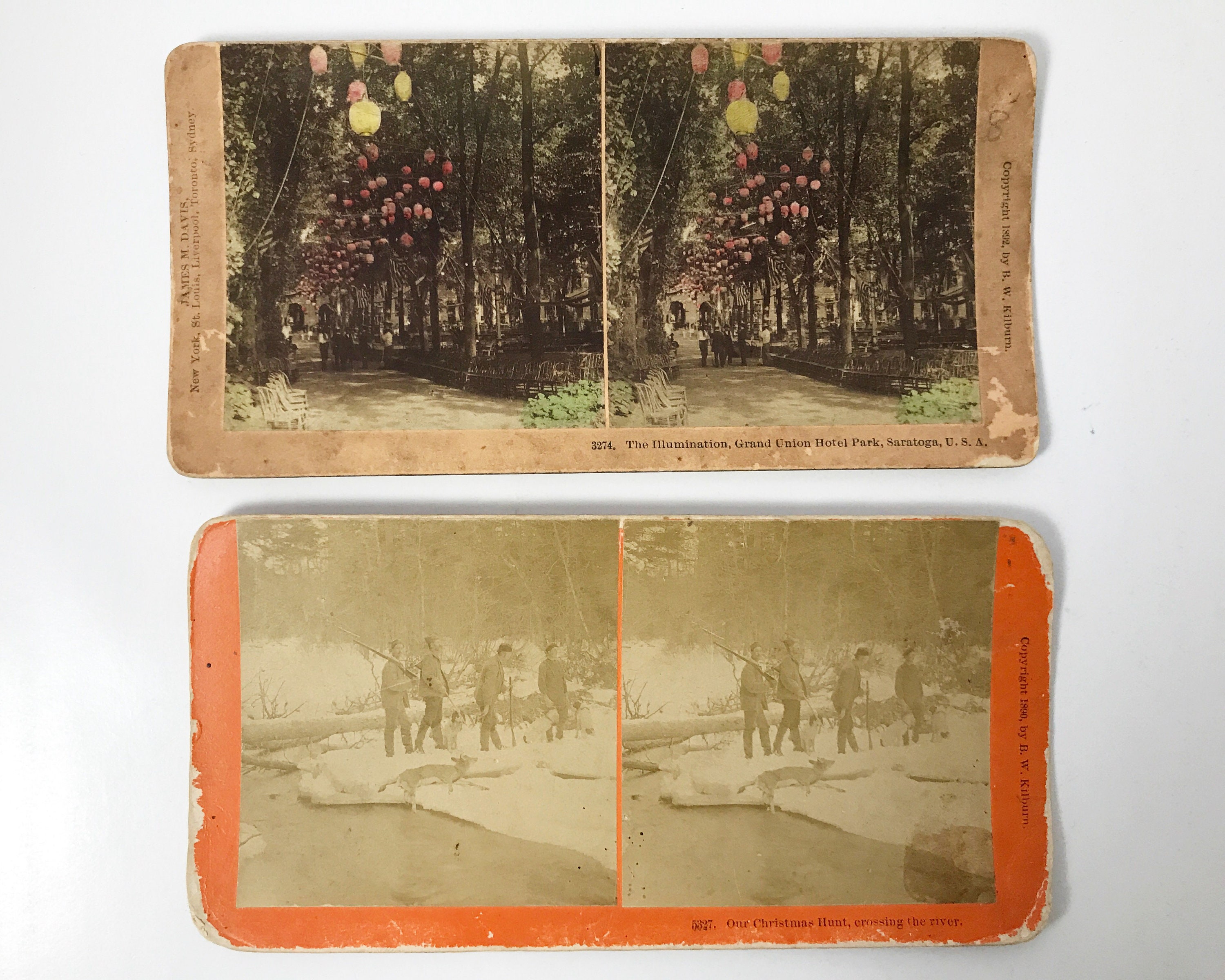 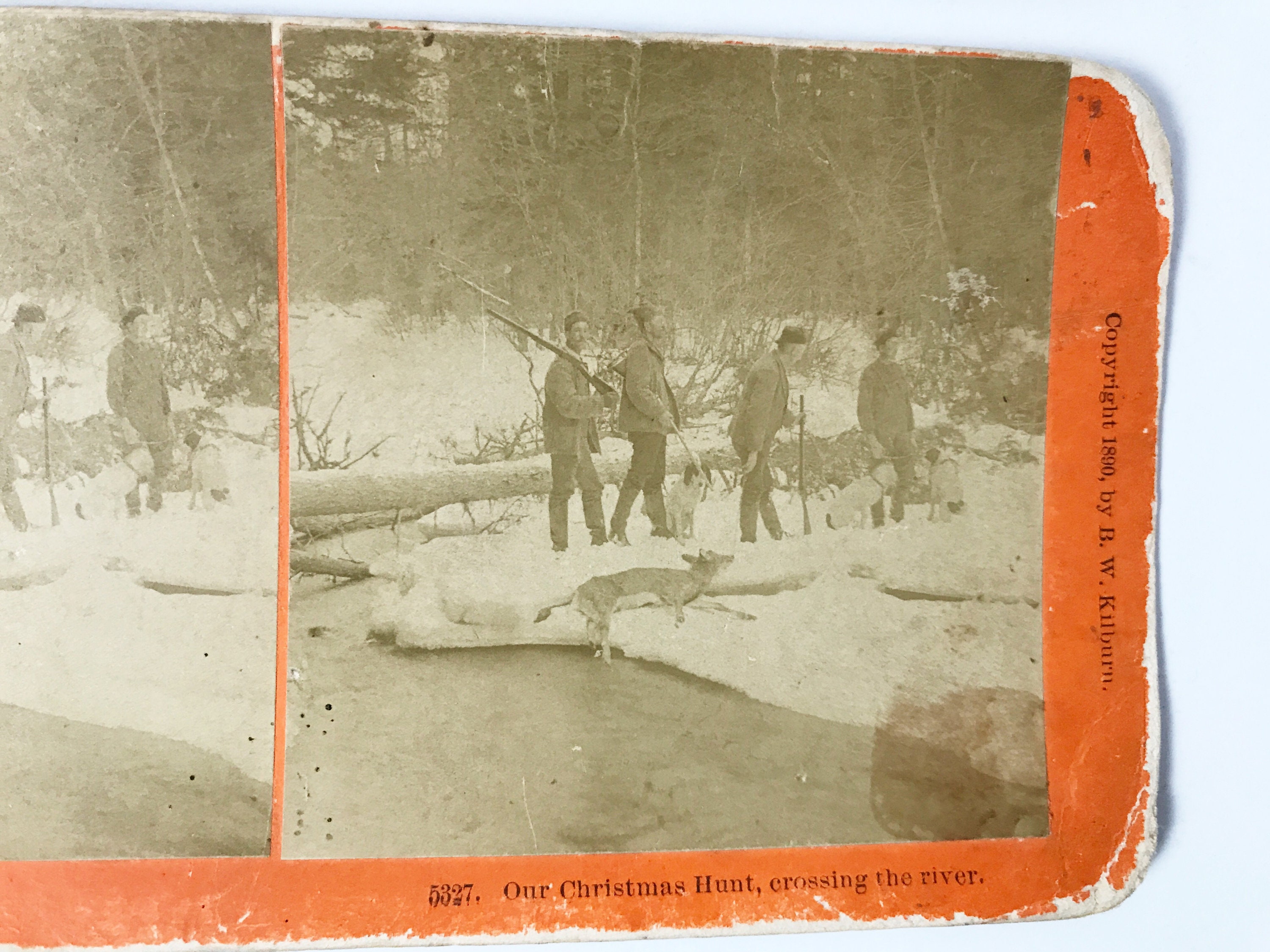 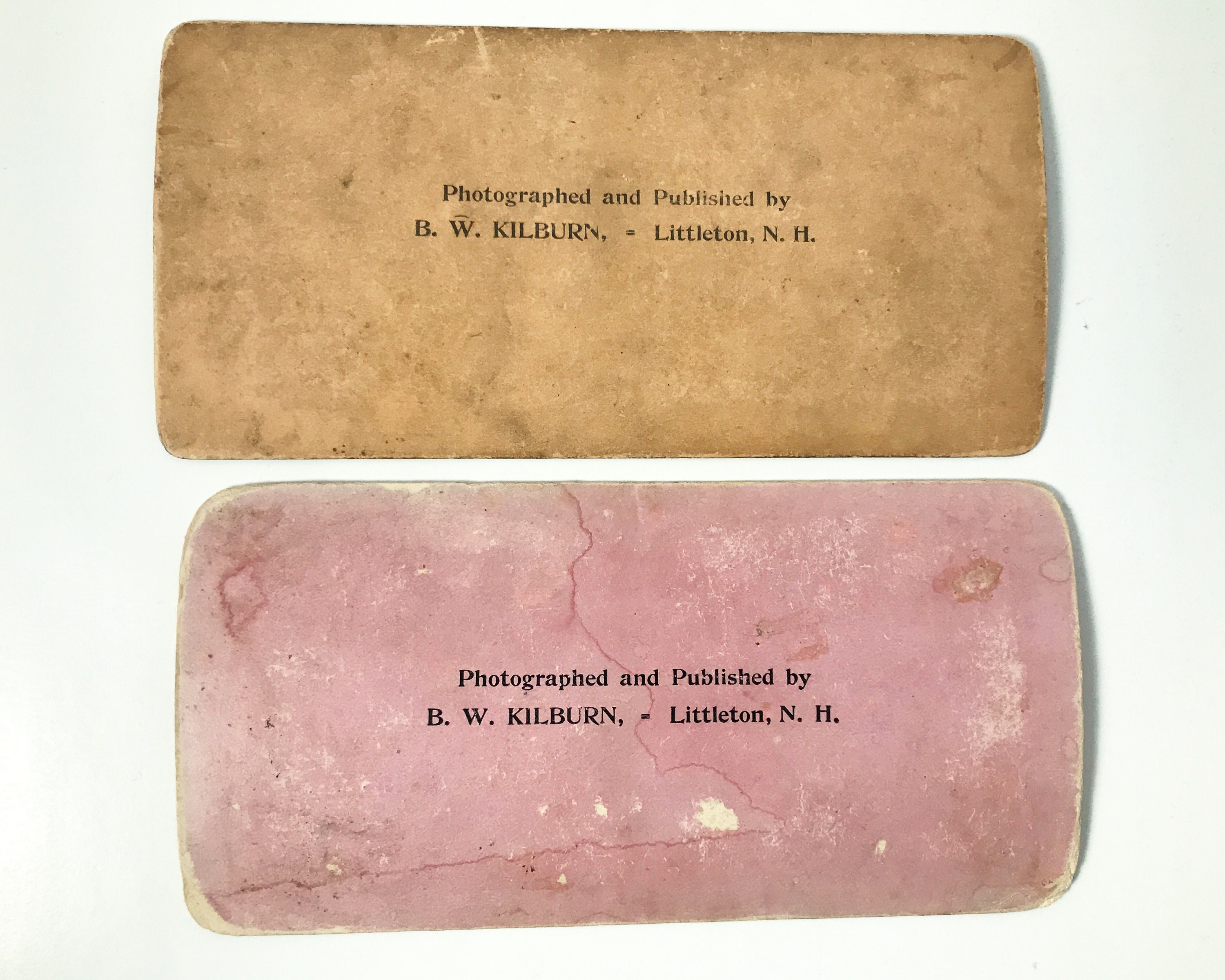 Pair of B. W. Kilburn stereo card. The older one is on orange card, copyright 1890, and is numbered 5327 and titled "Our Christmas Hunt, crossing the river" and features four hunters and their dog, along with a deer carcass in a snowy landscape.

The second card is number 3274 and titled "The Illumination, Grand Union Hotel Park, Saratoga, U.S.A." - and shows the gardens of the Grand Union Hotel in Saratoga Springs during the hotel's heyday with hanging Japanese lanterns, hand colored tinted. The Grand Union was once the biggest hotel in America.

These are B. W. Kilburn stereoscopic cards from Littleton, N. H. where the business was located. Benjamin W. Kilburn, along with his brother Edward, were photographers and at the time one of the largest producers of important stereoviews. Each of this pair also has the name of James M. Davis, a photographer and salesman on it. Davis joined the company in 1890. In 1909 the company ceased operations and the negatives were sold to the Keystone View Company.

CONDITION: Both cards have quite a bit of soiling and wear. The hunters are quite faded.