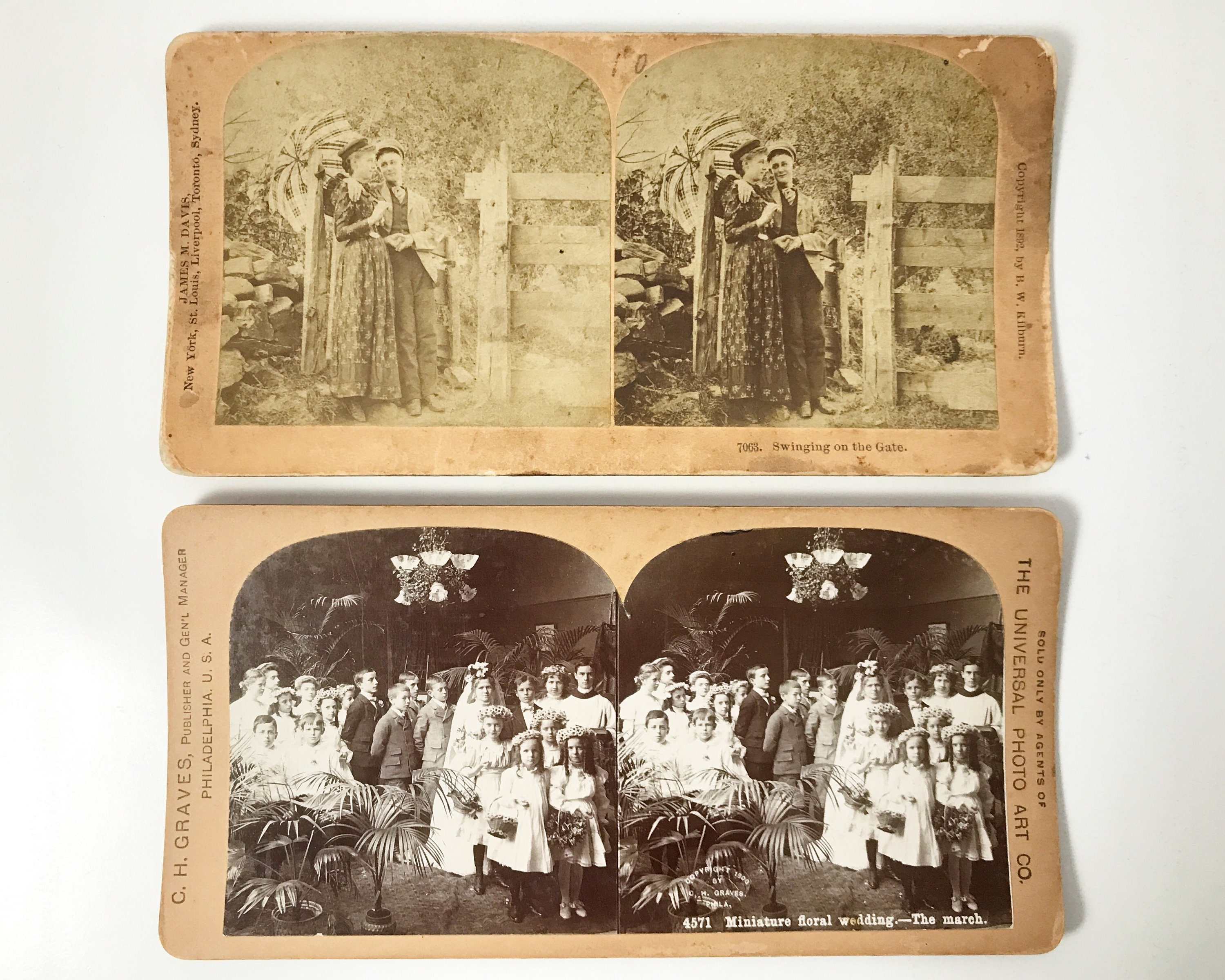 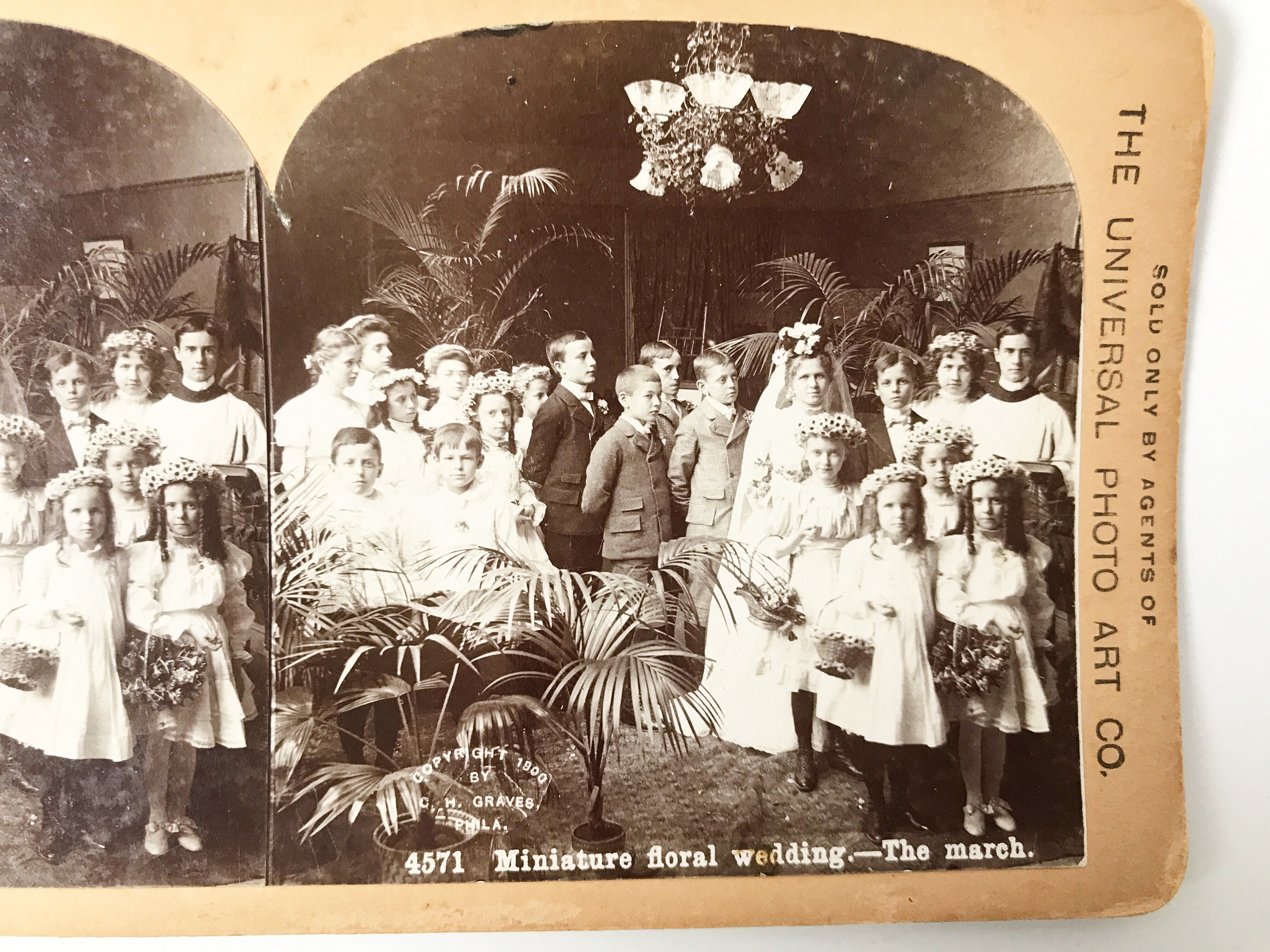 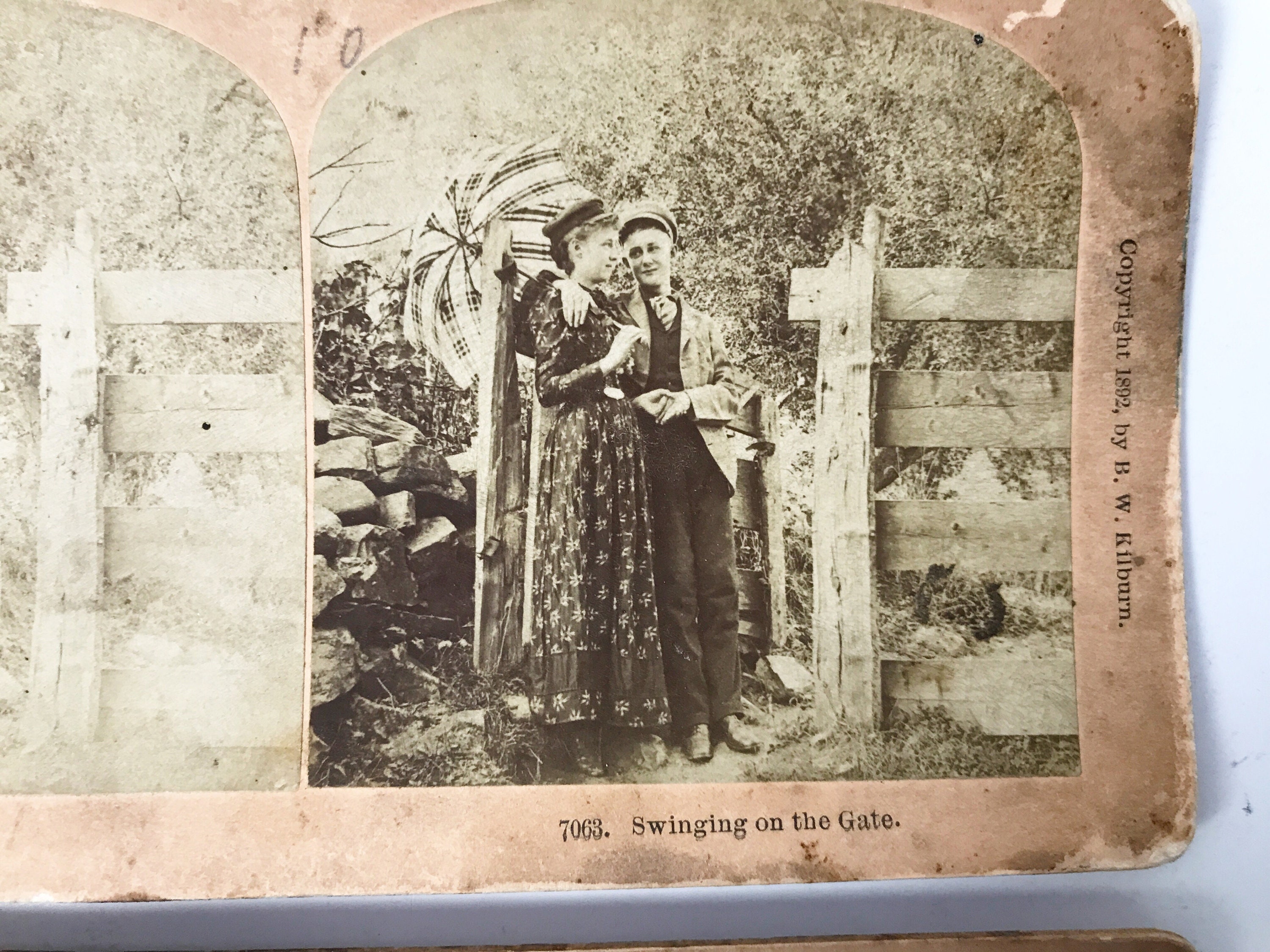 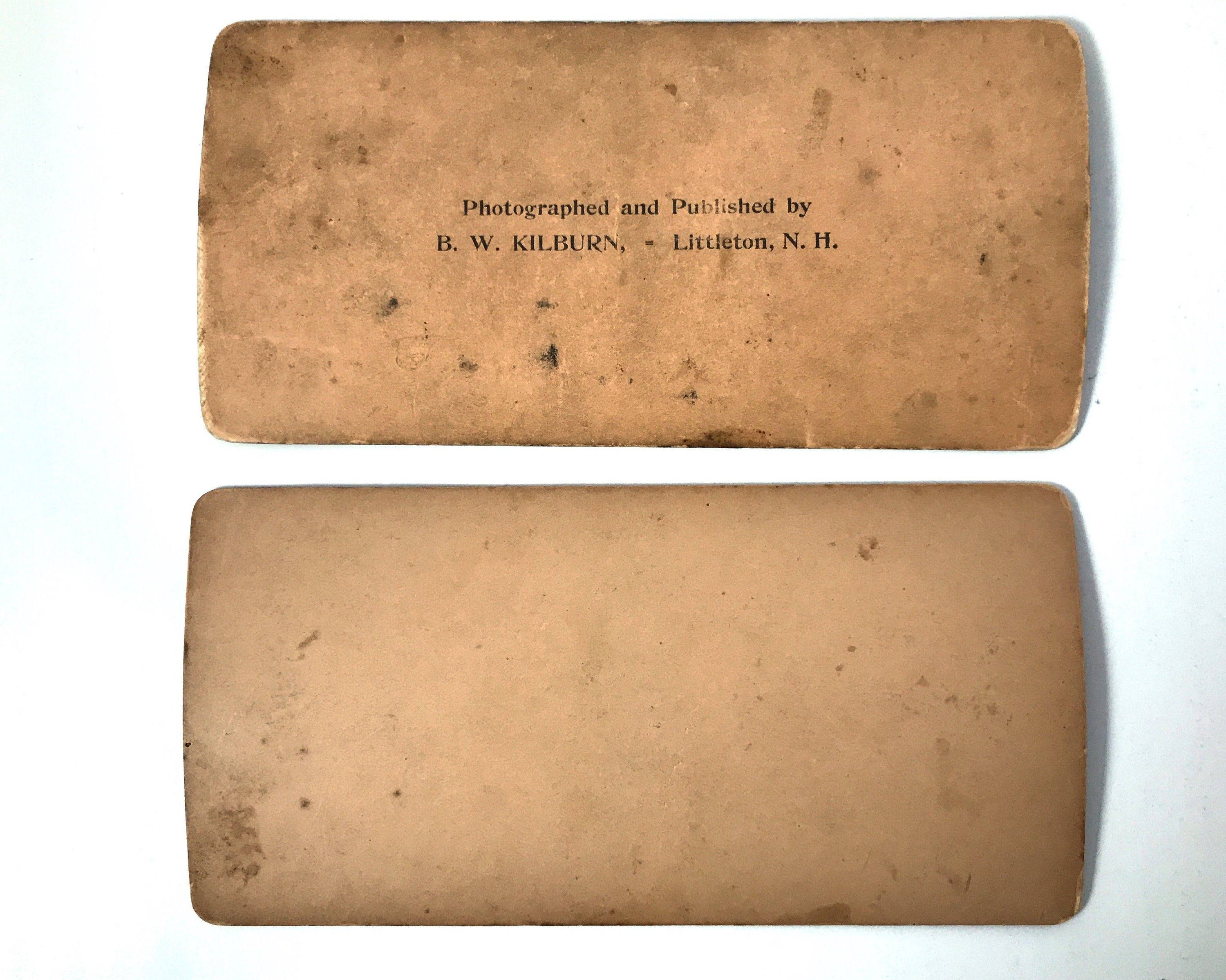 Two interesting stereo cards. The card from B. W. Kilburn is numbered 7063 and titled "Swinging on the Gate" and shows a young courting couple. It's really very charming, copyright 1892. The other card from Universal is numbered 4571 and titled "Miniature floral wedding - The march" and features a strange but enchanting scene of children dressed up as adults in a wedding party, including a child priest, and bride and groom. The copyright is by photographer C. H. Graves and is 1900.

The B. W. Kilburn stereoscopic card is from Littleton, N. H. where the business was located. Benjamin W. Kilburn, along with his brother Edward, were photographers and at the time one of the largest producers of important stereoviews. One of this pair also has the name of James M. Davis, a photographer and salesman on it. Davis joined the Kilburn in 1890. In 1909 the company ceased operations and the negatives were sold to the Keystone View Company.

CONDITION: The Universal card is in excellent condition, but the Kilburn card is soiled and faded with a bit of bumping on the edges.