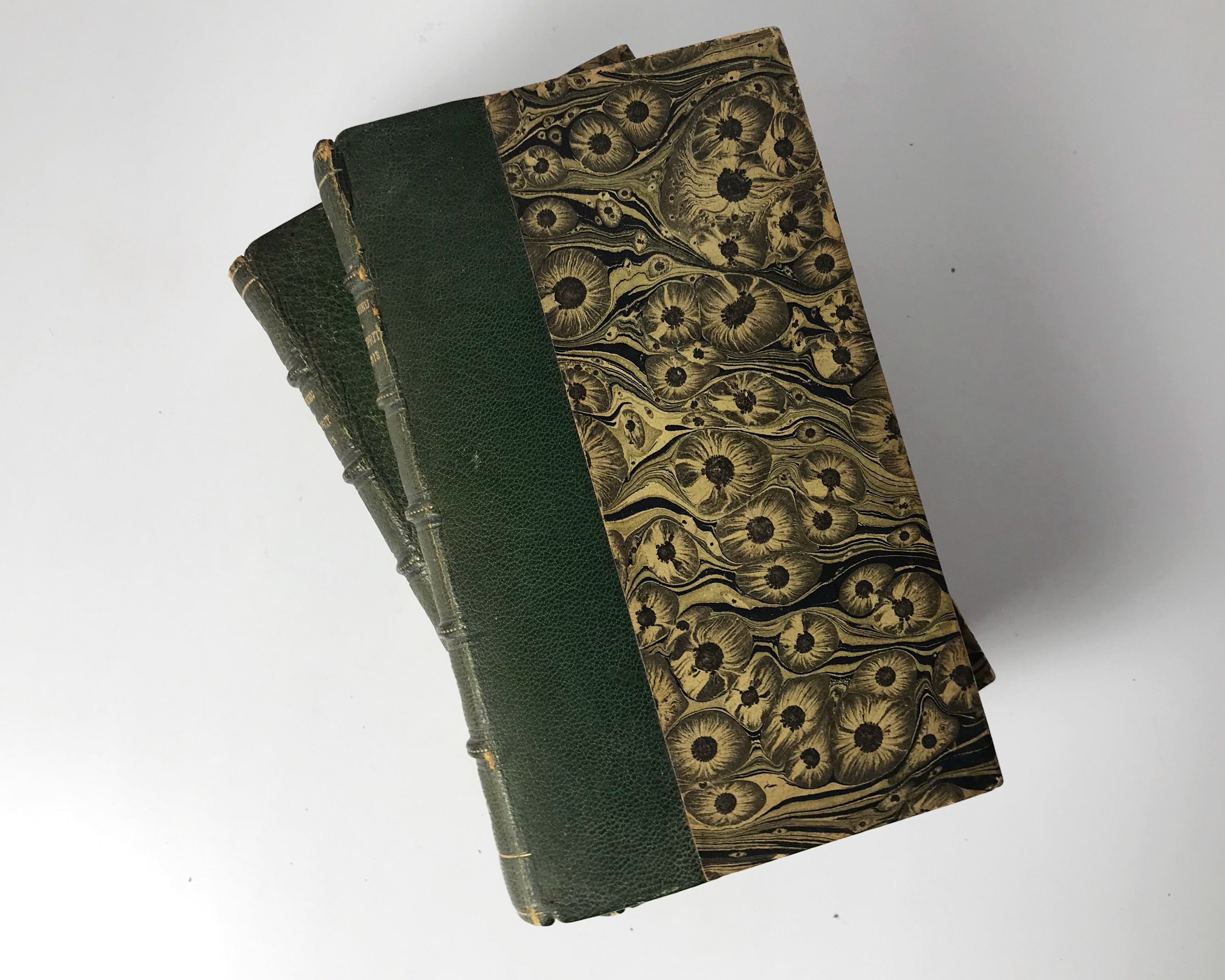 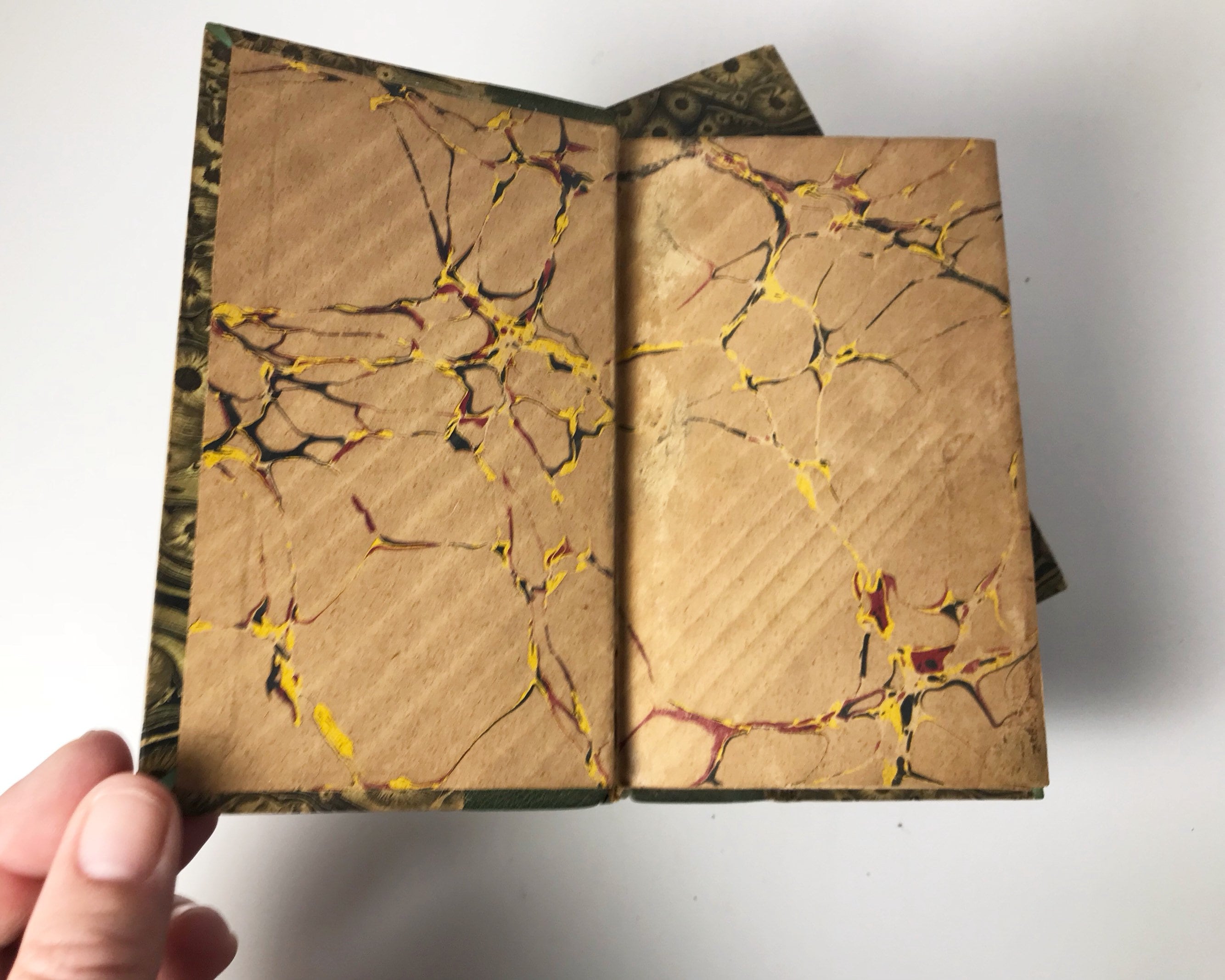 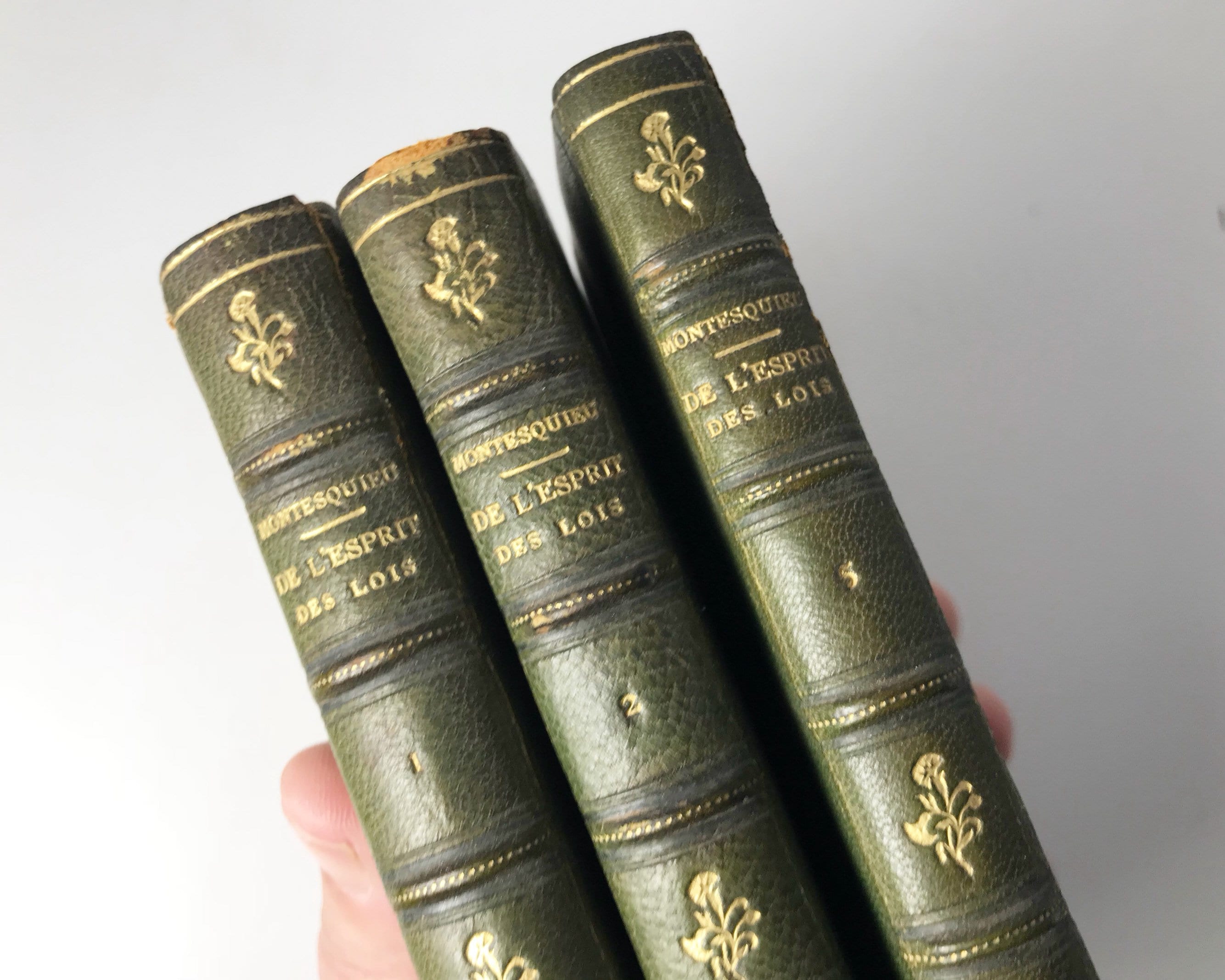 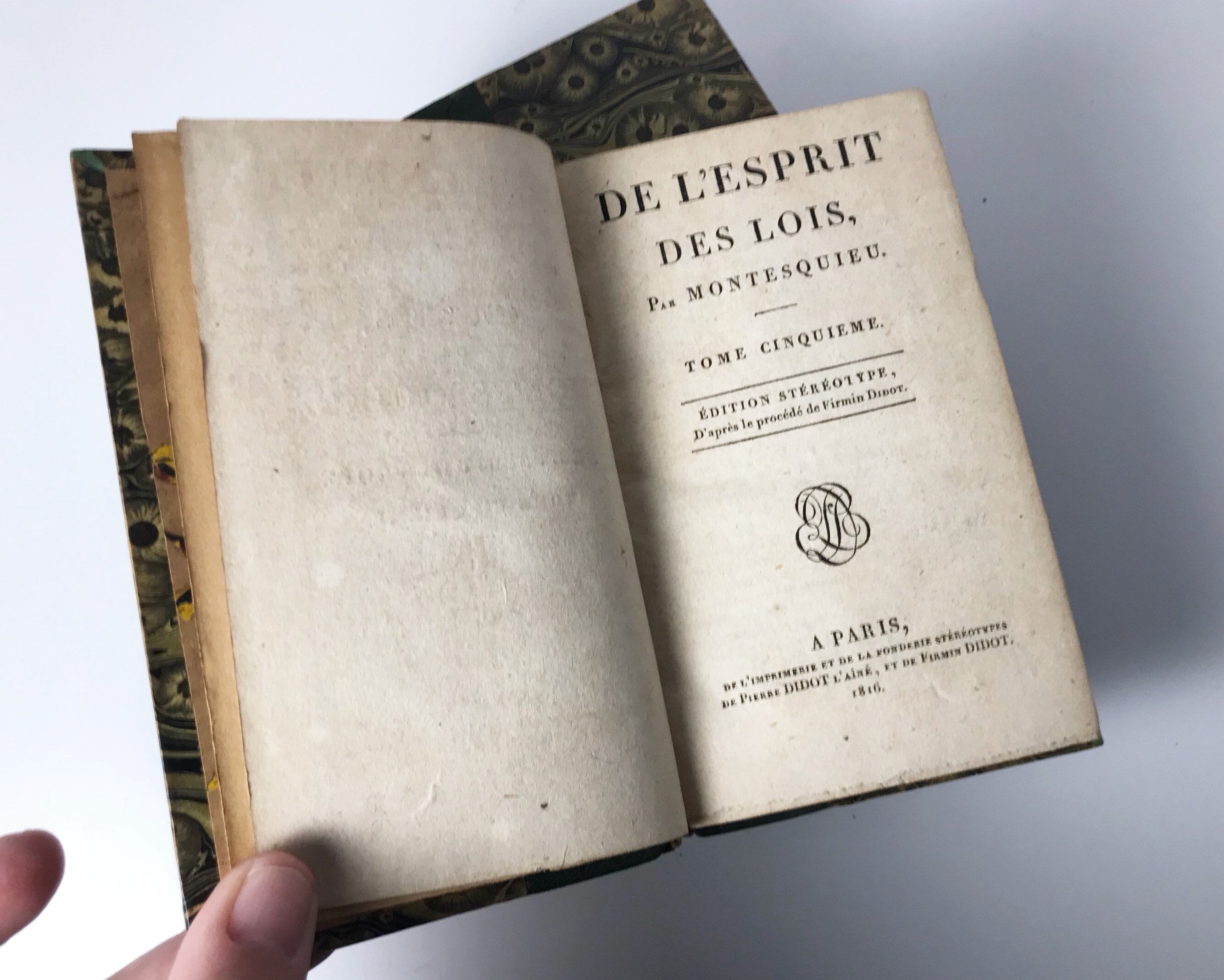 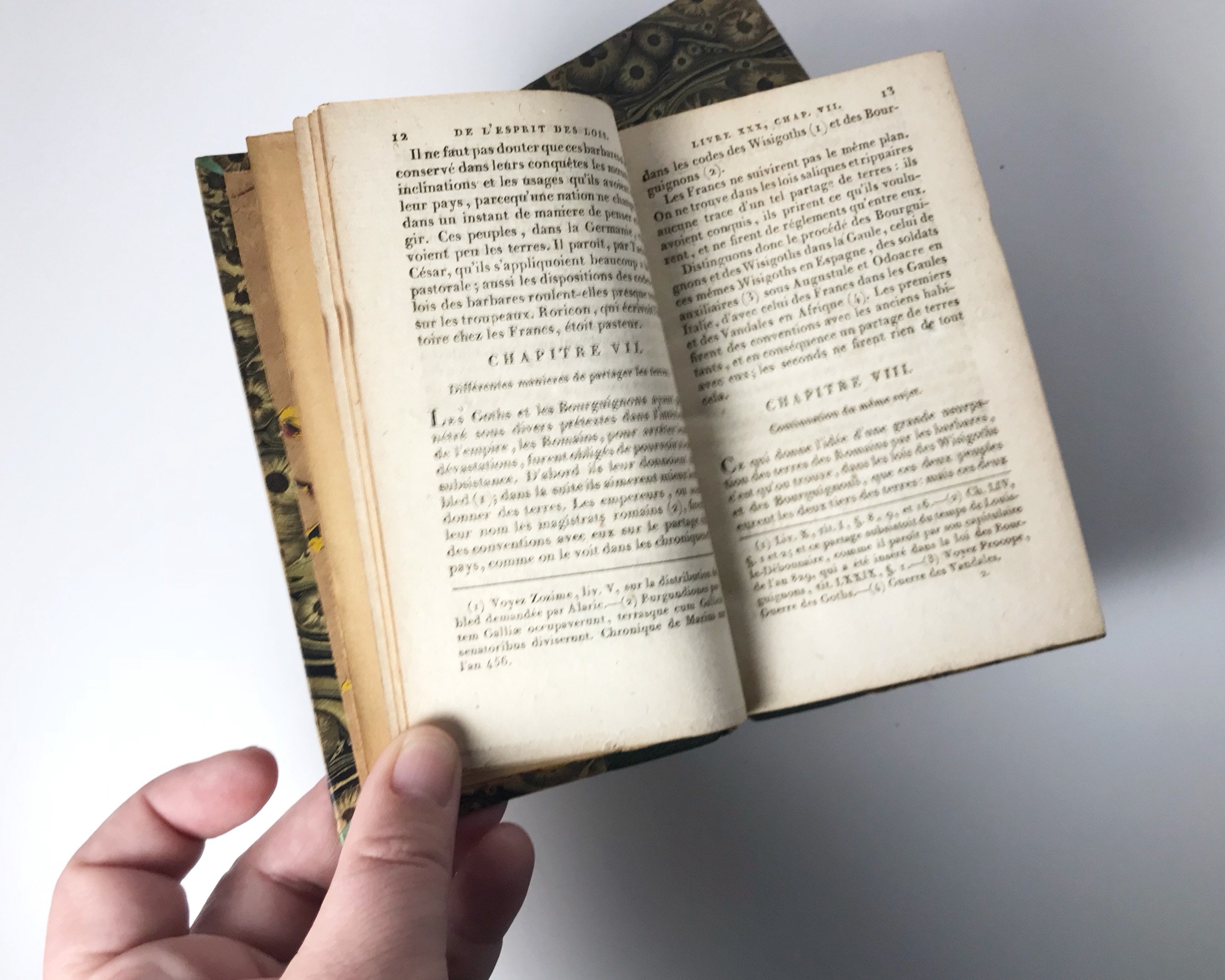 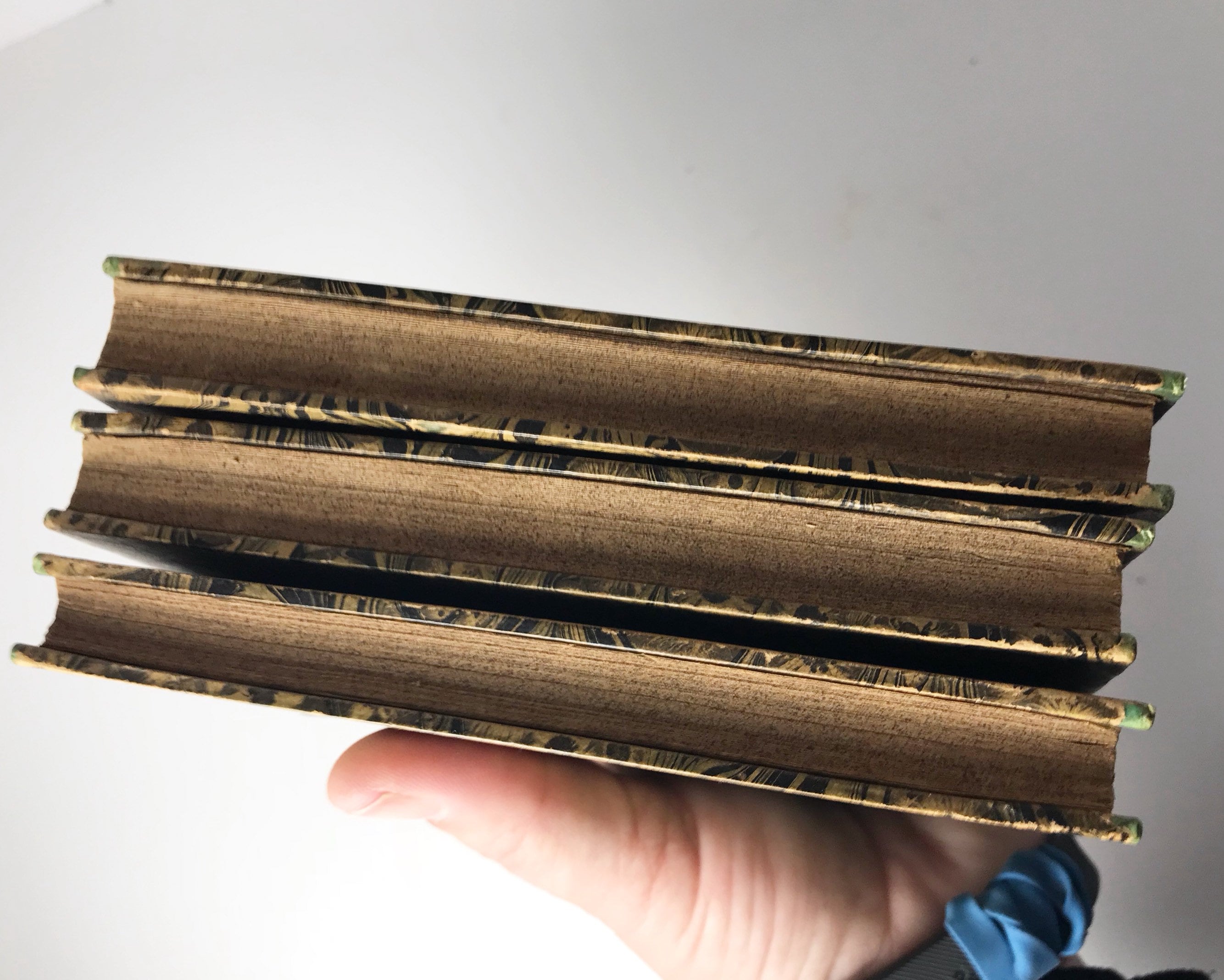 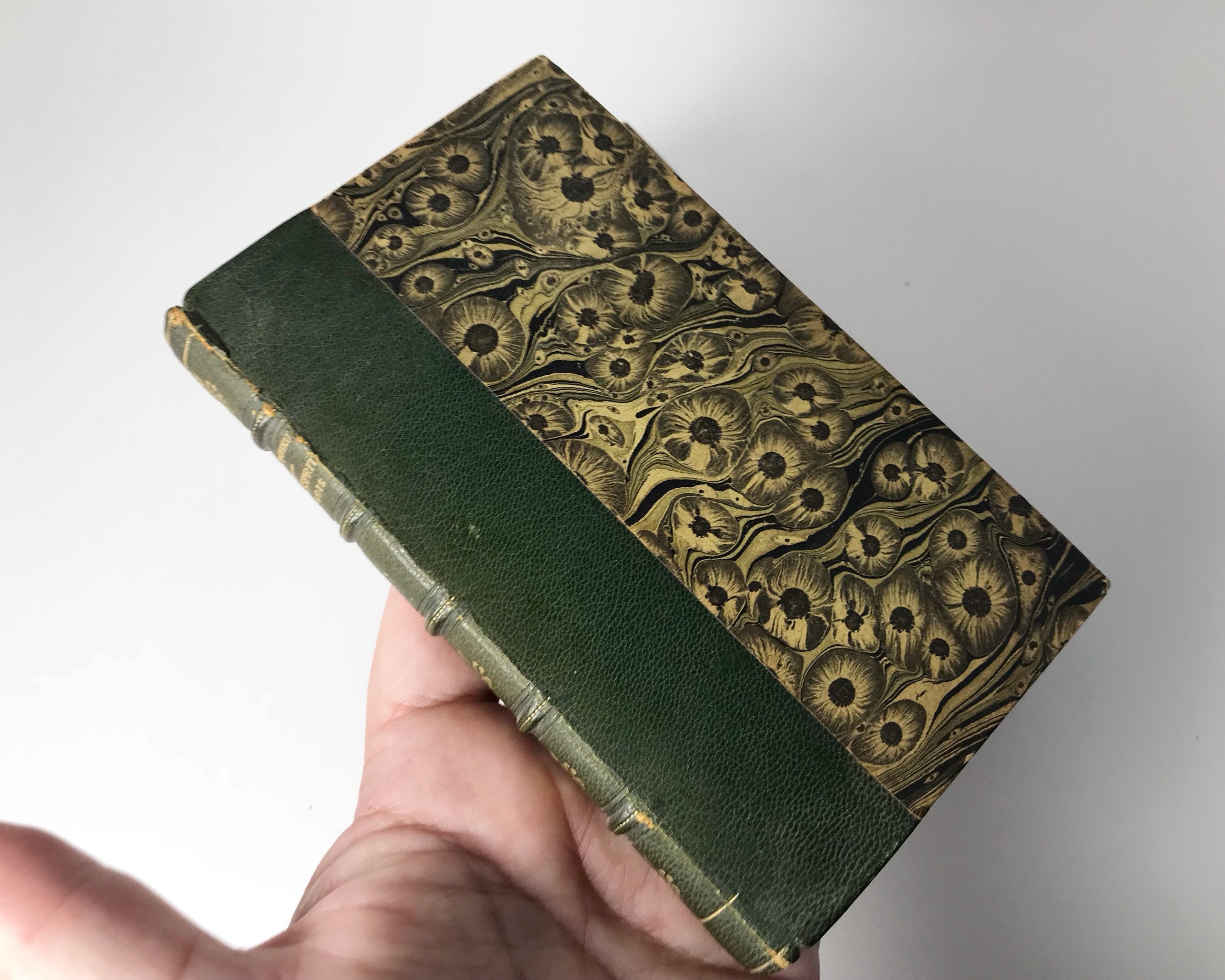 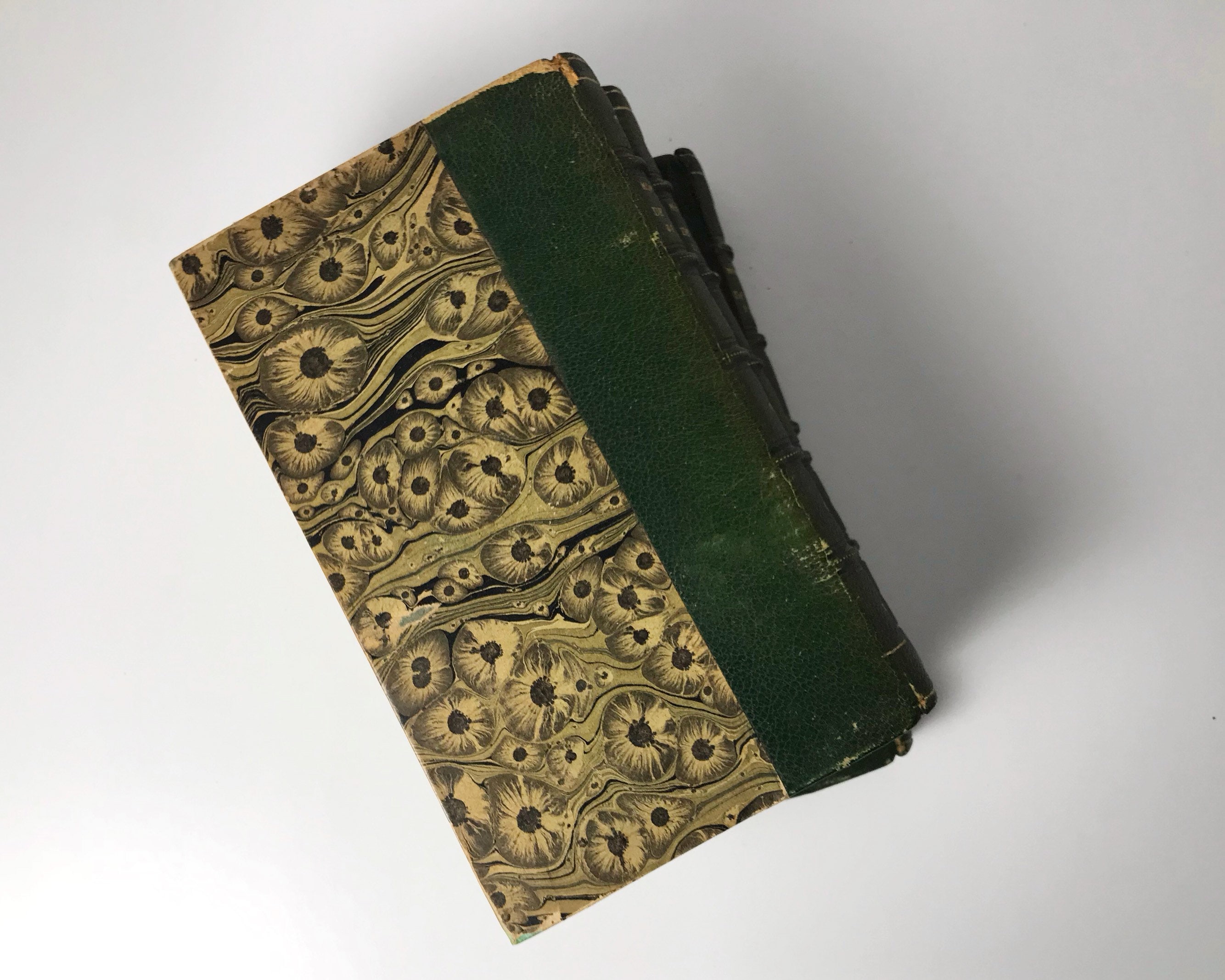 Gorgeous three volume set of antique books, very small, with leather spines and exquisite marbling on the cover and on the end papers. Fabulous. This is volume 1, 2, and 5 of a what would have been a larger set, published by Paris in 1816, titled "De L'Esprit Des Lois", translated as "Spirit of the Law" by Baron Montesquieu and first published in 1748.

More about the book and author from Wikipedia:

The Spirit of the Laws (French: De l'esprit des lois, originally spelled De l'esprit des loix; also sometimes translated The Spirit of Laws[1]) is a treatise on political theory, as well as a pioneering work in comparative law, published in 1748 by Charles de Secondat, Baron de Montesquieu.[2] Originally published anonymously, partly because Montesquieu's works were subject to censorship, its influence outside France was aided by its rapid translation into other languages. In 1750 Thomas Nugent published the first English translation.[3] In 1751 the Roman Catholic Church added De l'esprit des lois to its Index Librorum Prohibitorum ("List of Prohibited Books"). Yet Montesquieu's treatise had an enormous influence on the work of many others, most notably: Catherine the Great, who produced Nakaz (Instruction); the Founding Fathers of the United States Constitution; and Alexis de Tocqueville, who applied Montesquieu's methods to a study of American society, in Democracy in America. Macaulay offers us a hint of Montesquieu's importance when he writes in his 1827 essay entitled "Machiavelli" that "Montesquieu enjoys, perhaps, a wider celebrity than any political writer of modern Europe."

CONDITION: Very good, but some wear on the spines, lots of tanning, and while the binding is tight, it feels dry. Handle with care. These books are 200 years old.