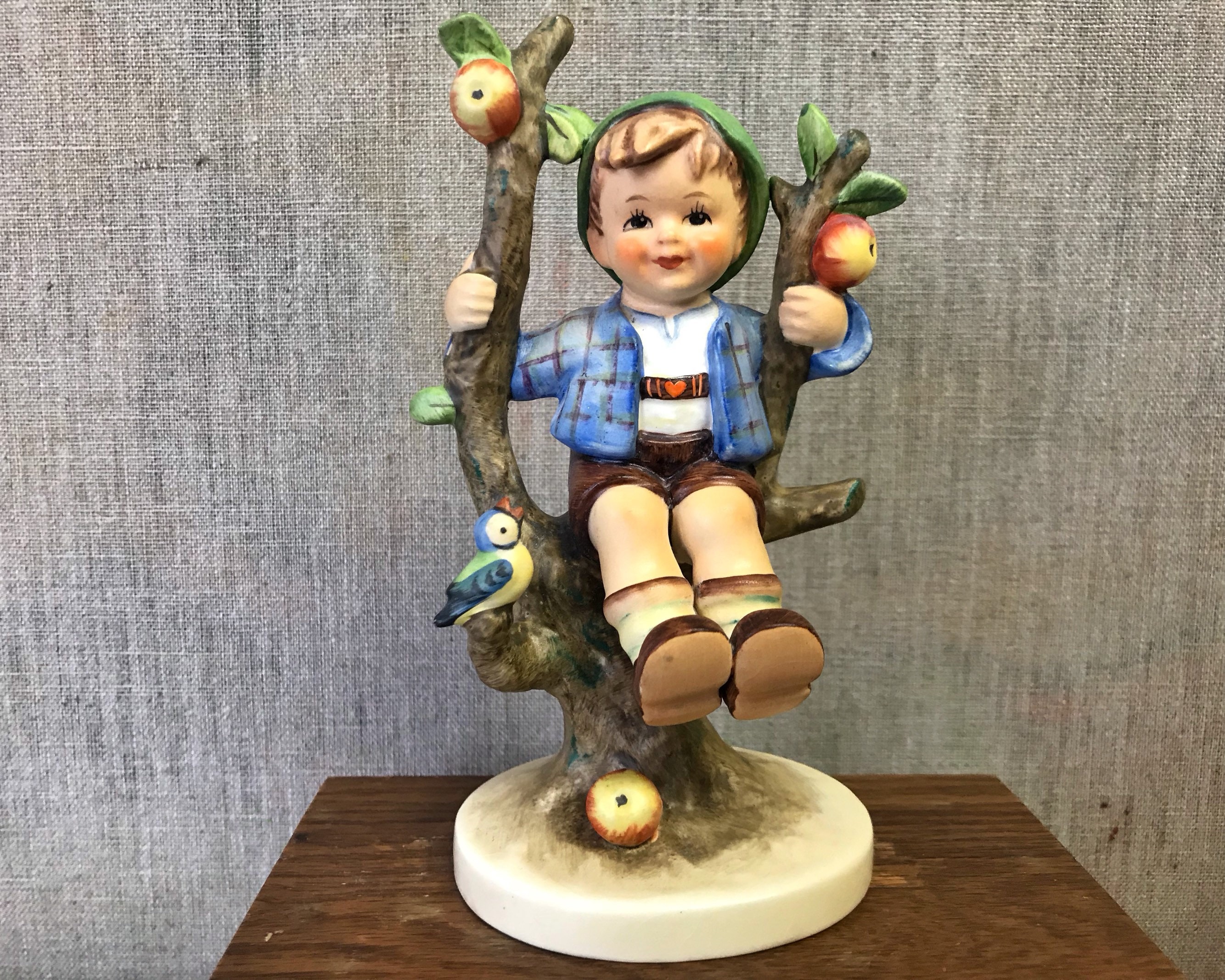 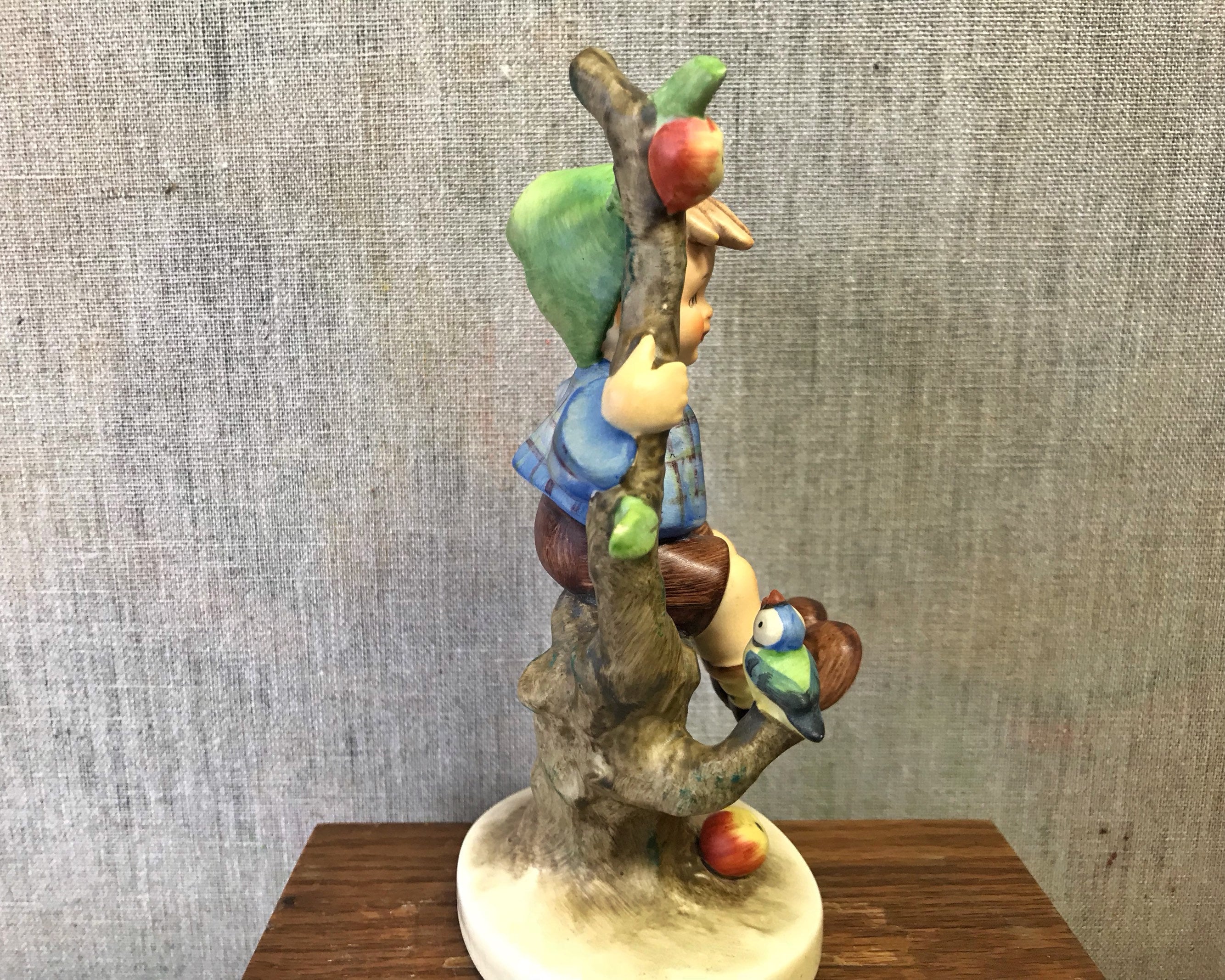 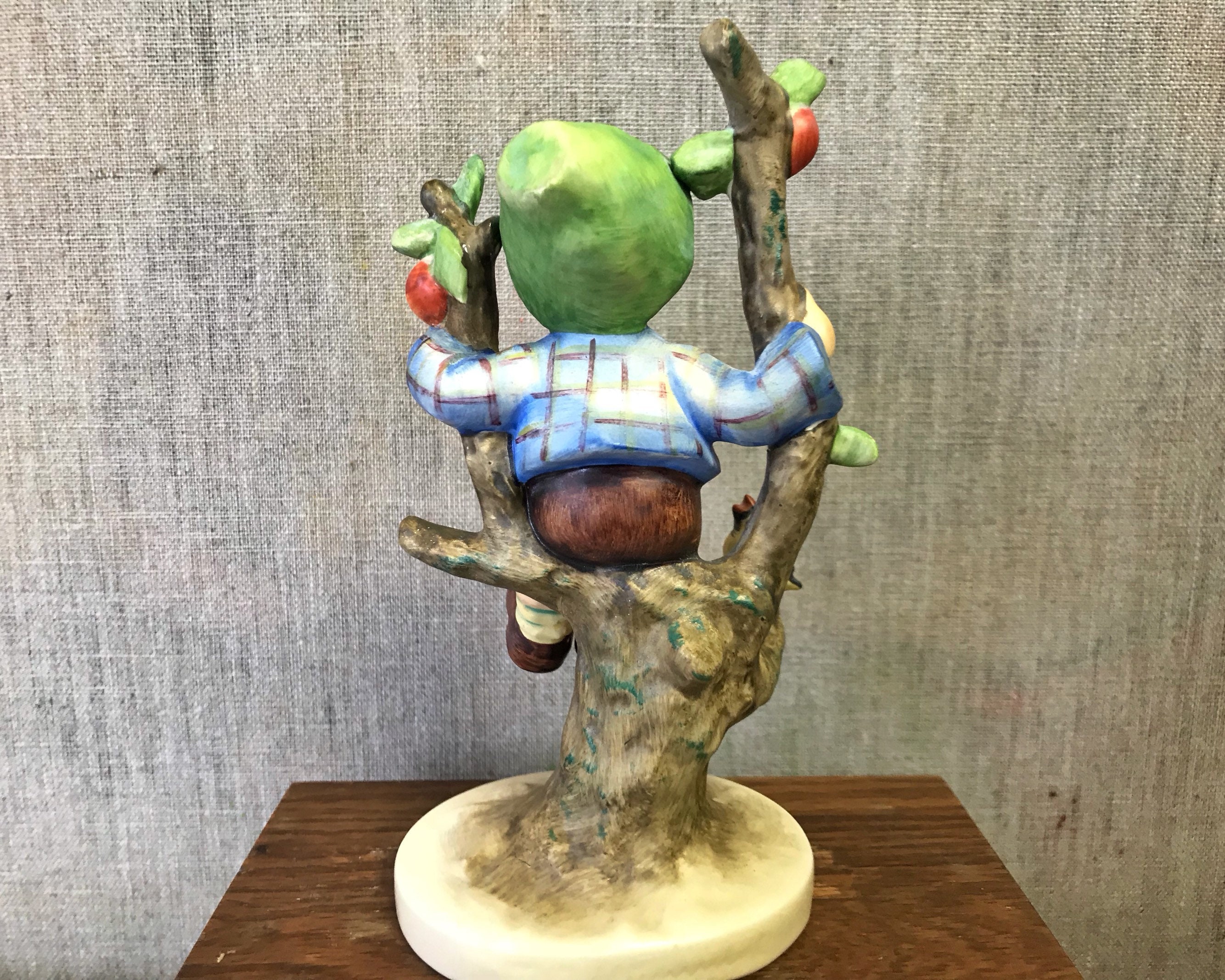 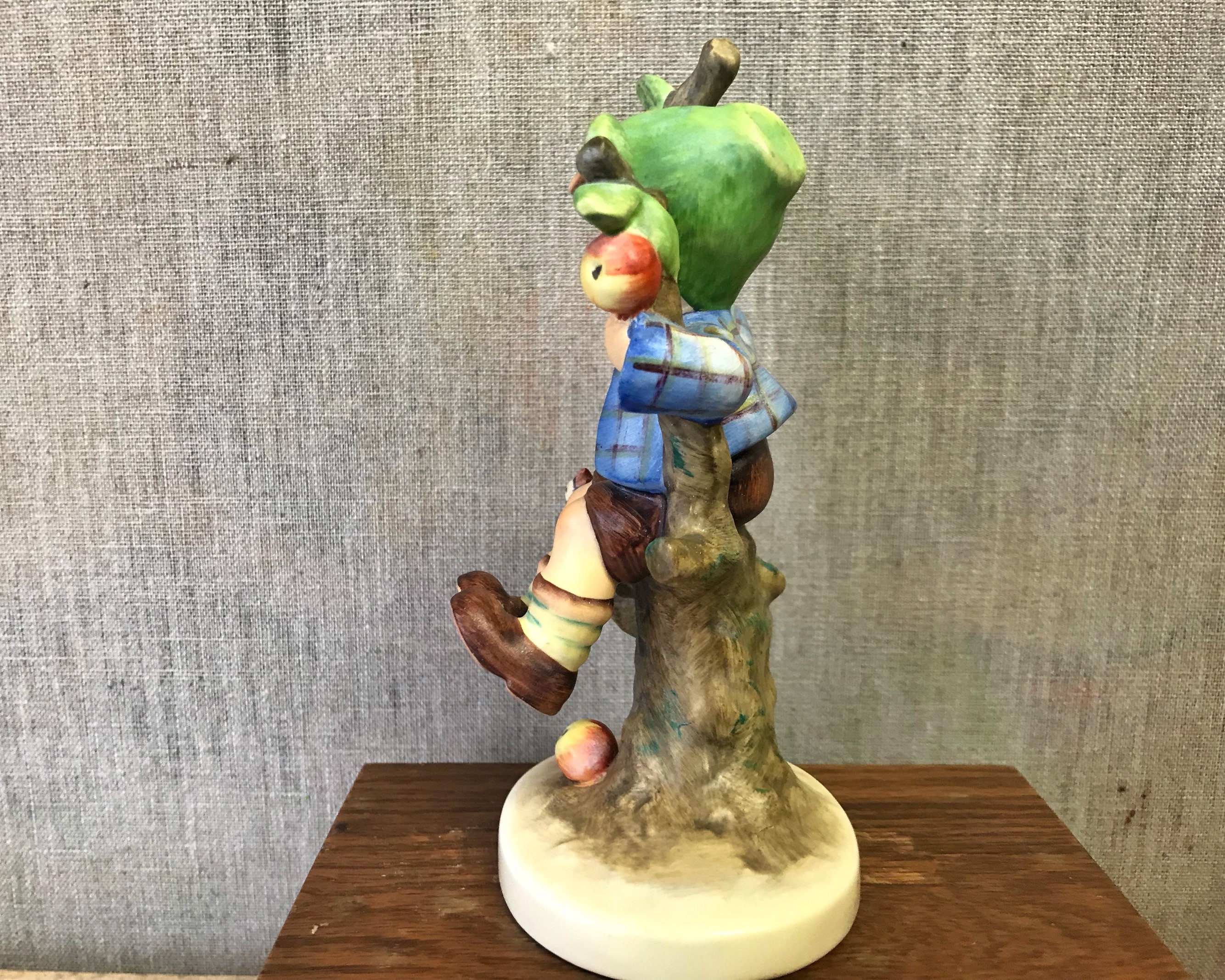 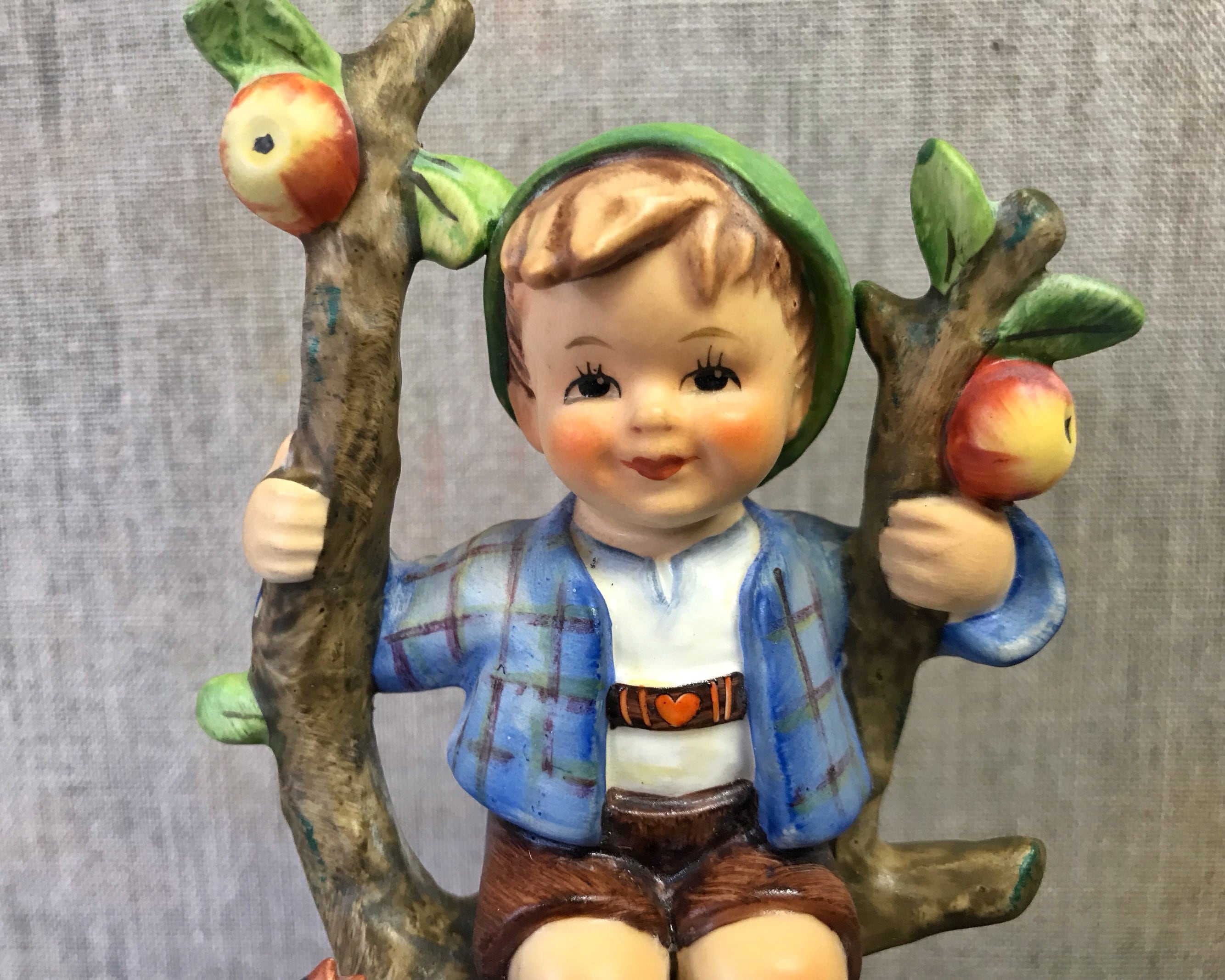 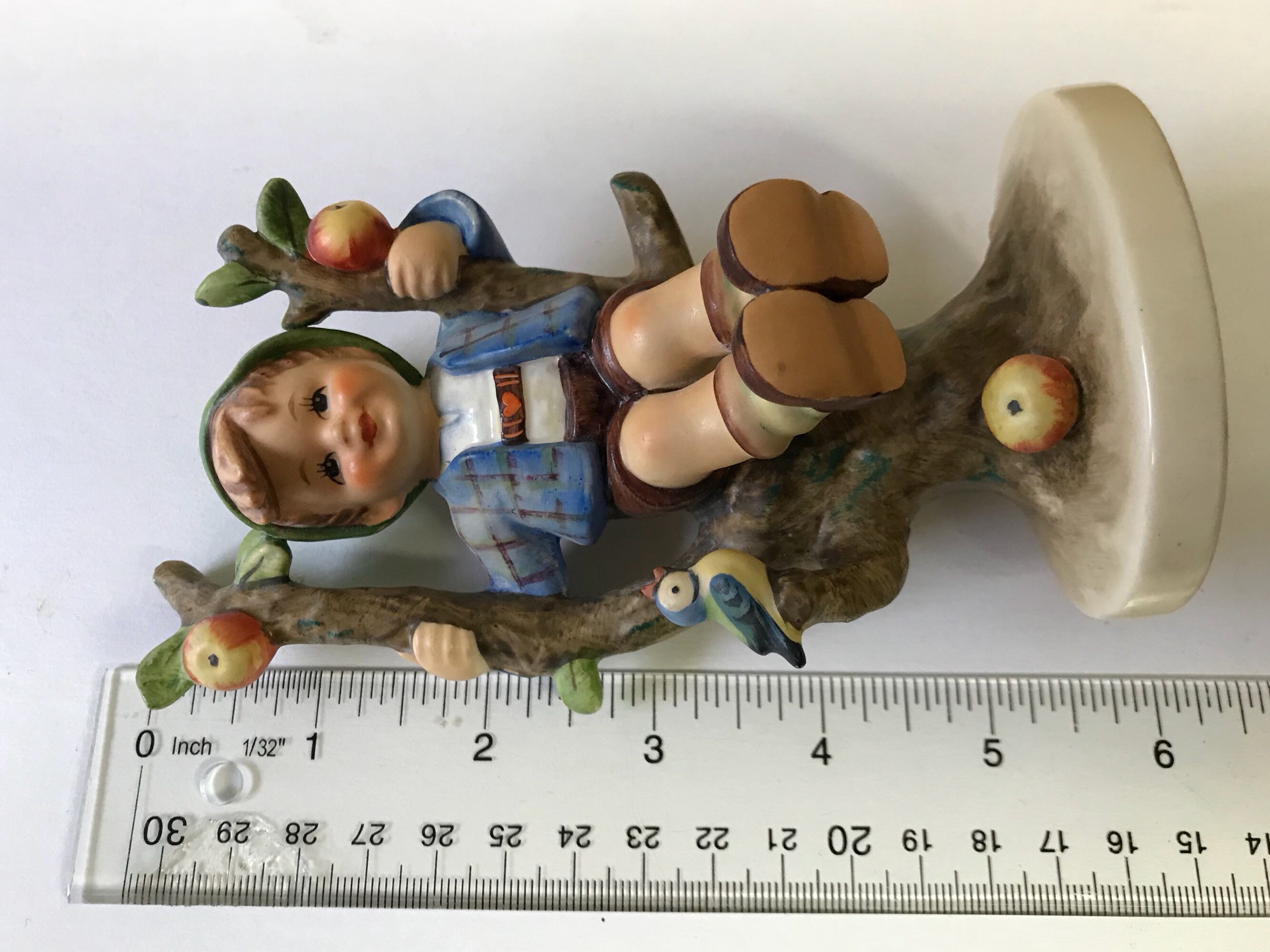 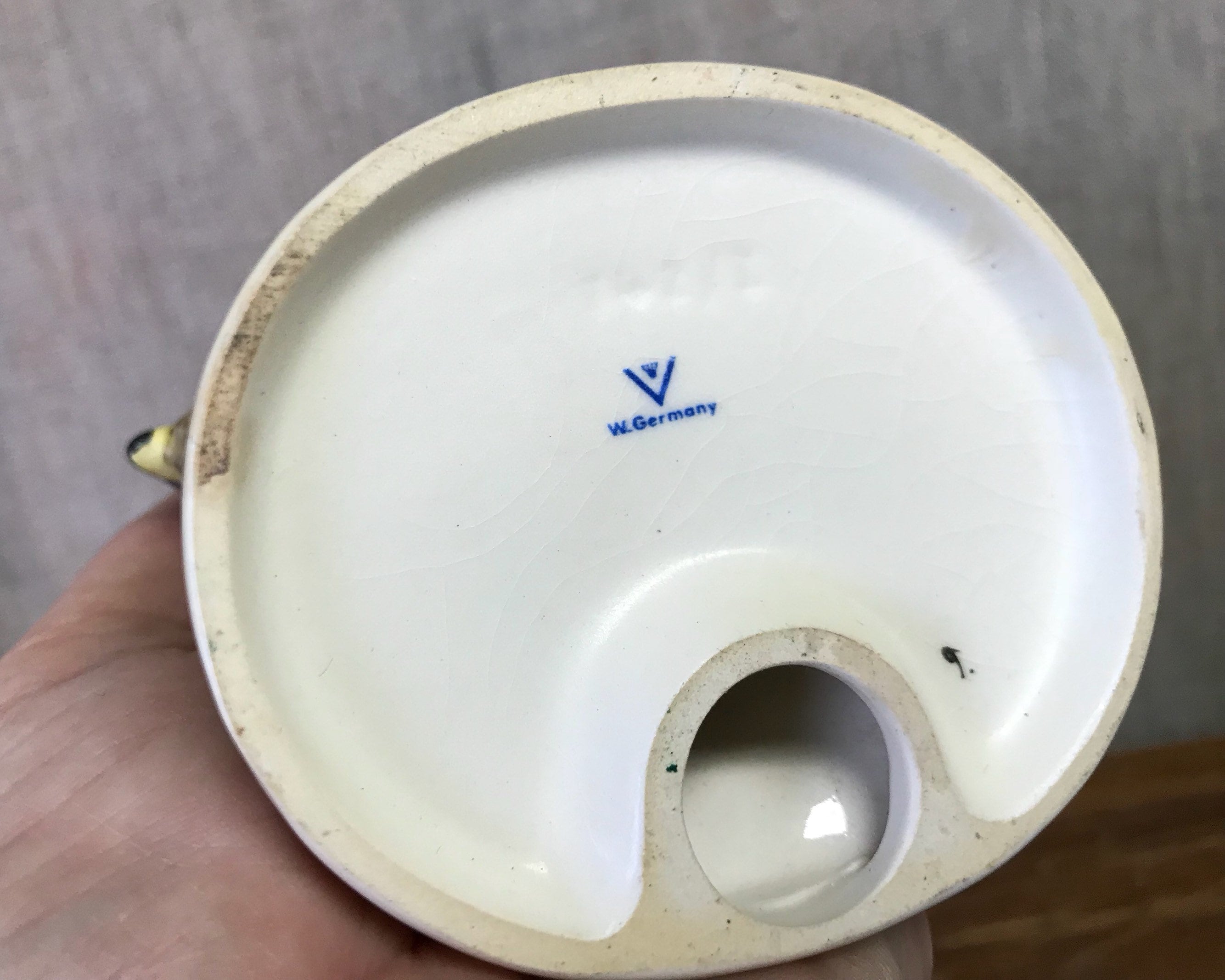 This figurine is "Apple Tree Boy", Hummel #142/1 with TMK 3, dating the piece to between 1960 and 1972, and shows an adorable little boy perching in apple tree while a bird sings to him. There is such beautiful detail in the hand painted figure - so typical of the quality of Goebel's porcelain figurines. A lovely gift for the Hummel collector.

Each figurine, even of a series, is one of a kind due to the hand detail in each figure.

Hummel figurines are just as charming today as ever, quality porcelain, made in West Germany by Goebel. They began in 1935, based on the art of Sister Maria Innocentia Hummel. They first caught the imagination of Americans when they were brought home as gifts by American soldiers during WWII.

Goebel porcelain was founded in Germany in 1871, and is well known for their wonderful porcelain figurines, including the world famous Hummel line.

CONDITION: Excellent. No chips, cracks, nicks or flaws. There is some crazing in the glaze at the back of the base.