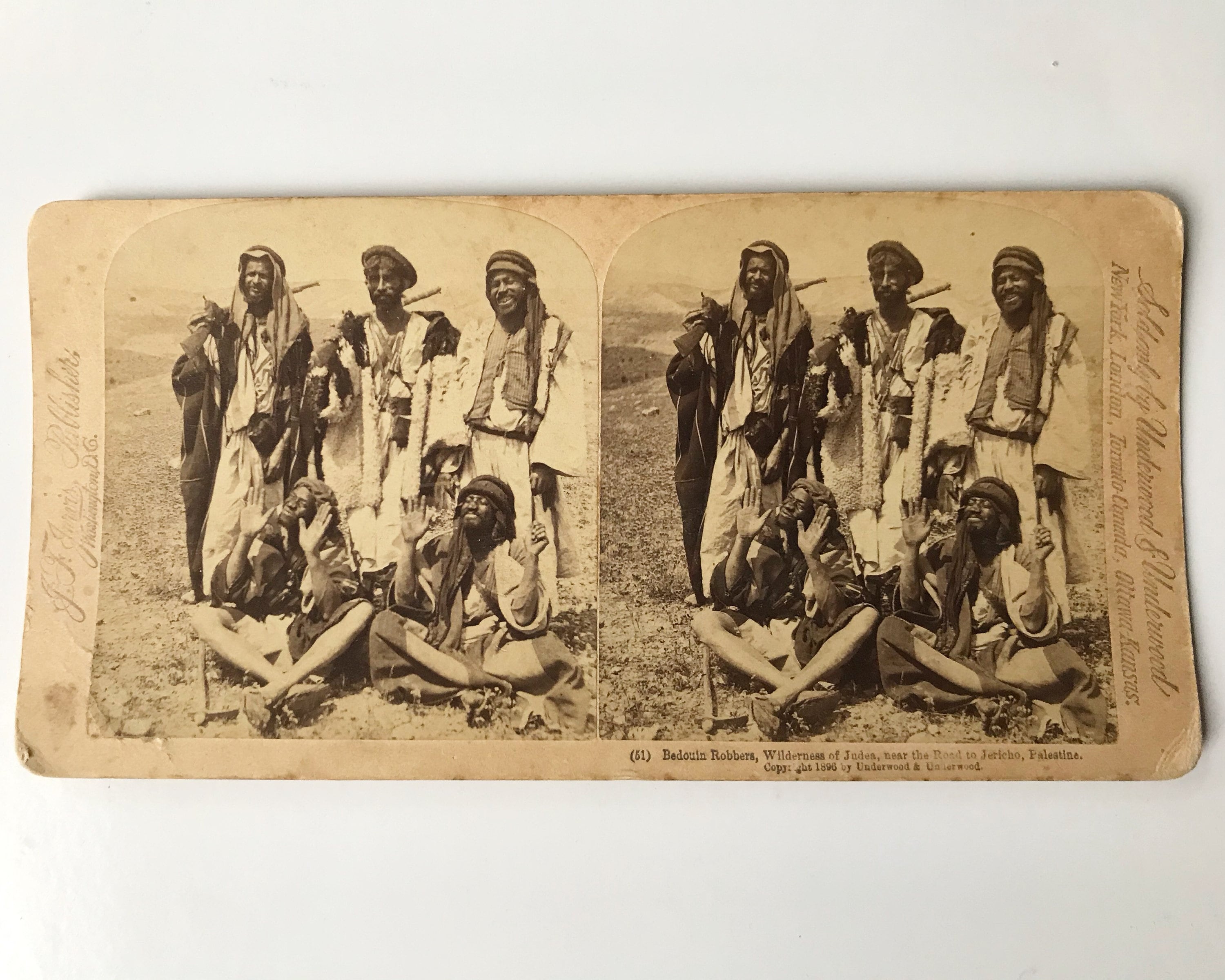 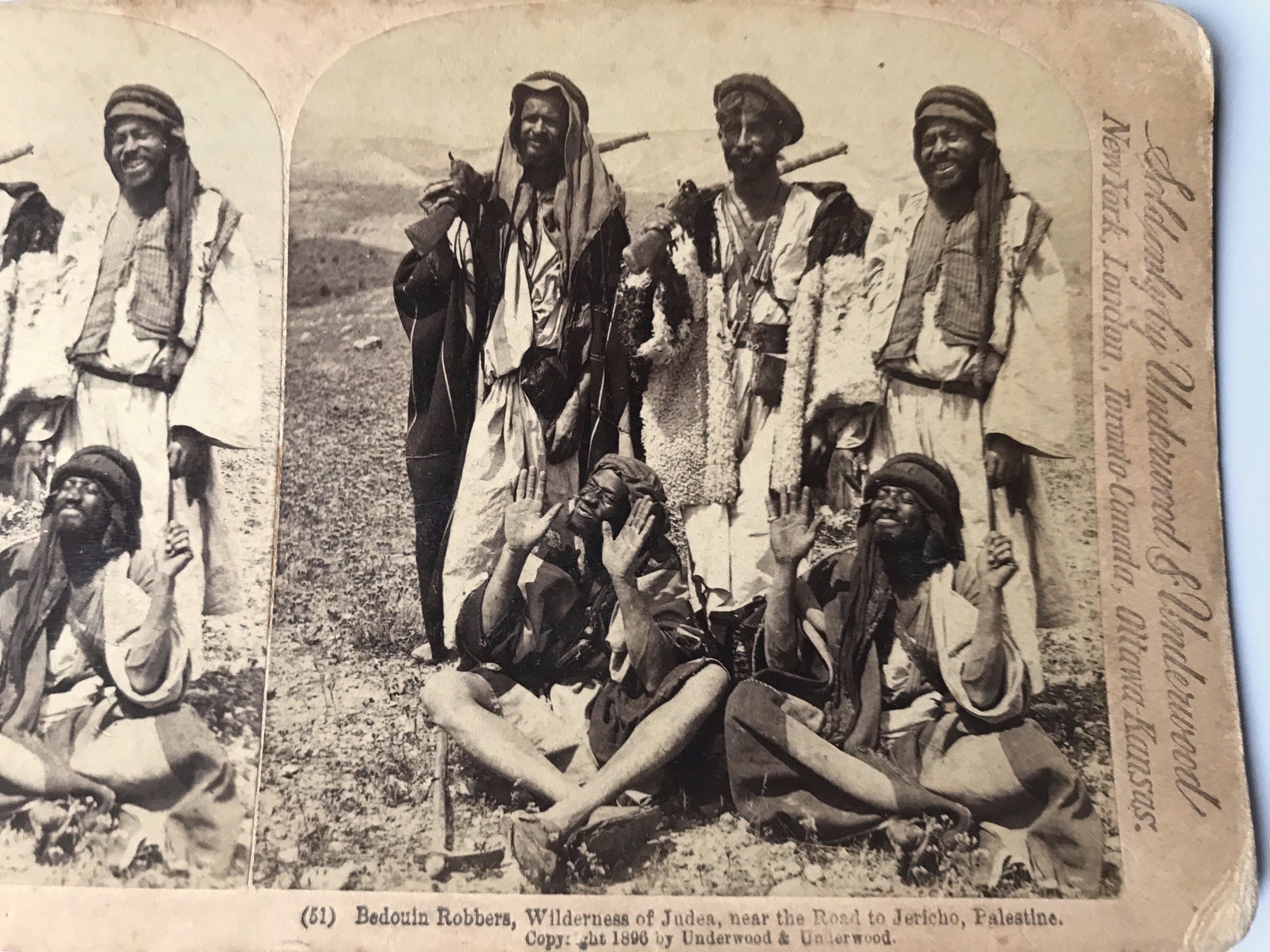 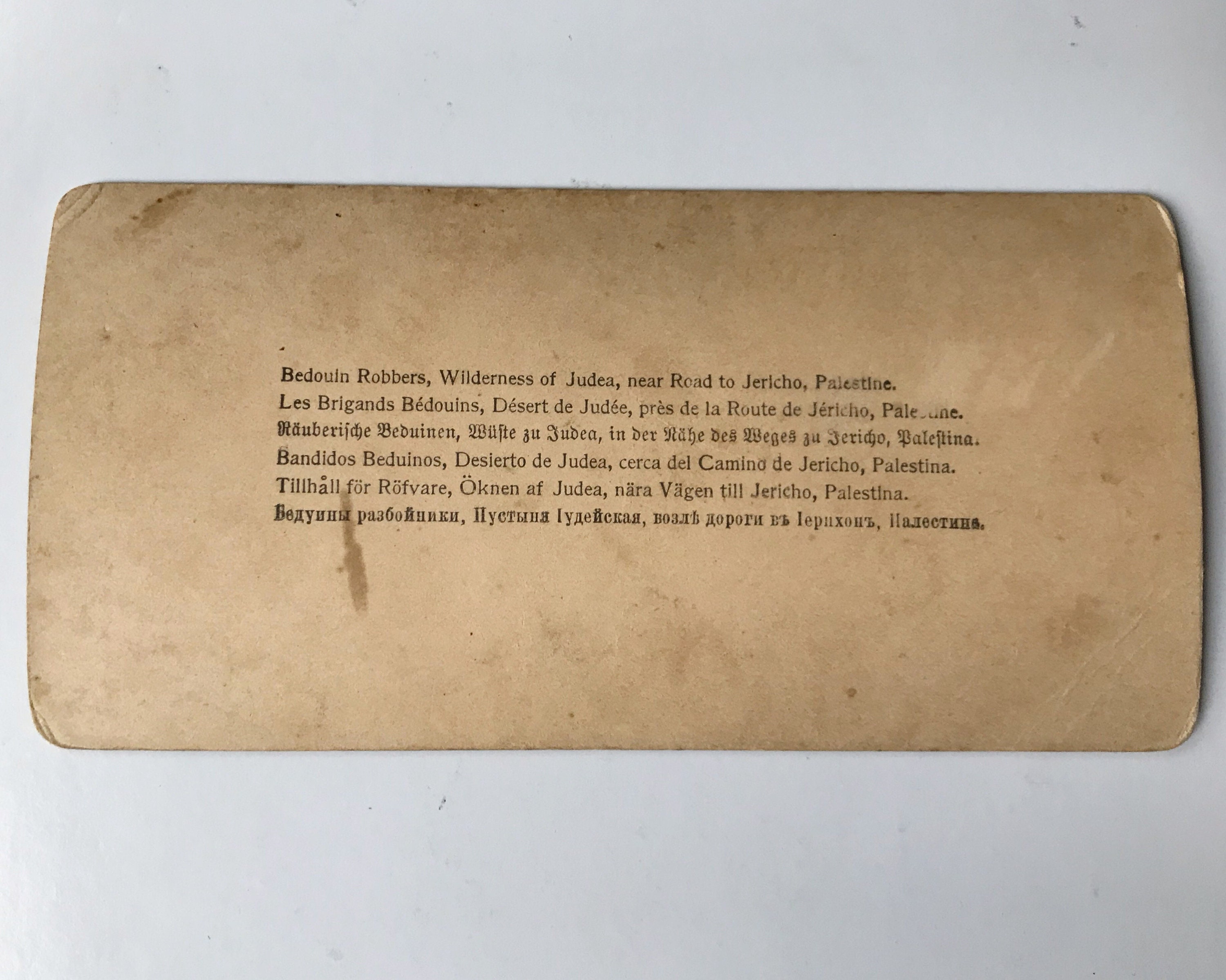 Fascinating antique stereoview, copyright 1896, of Bedouin robbers or tribesman in Palestine. The caption reads: "Bedouin robbers, wilderness of Judea, near the Road to Jericho, Palestine." They seem pretty happy to be posing for their photo.

J.F. Jarvis, Publishers, had a distribution deal with Underwood and Underwood for his views starting in the 1880s.

Underwood & Underwood was founded in 1881 in Ottawa, Kansas by two brothers. At one time they were the largest publishers of stereoscopic cards in the world. In the twenties I believe they were acquired by Keystone, and by the forties they had ceased to exist. However their catalog of views is huge, and they also produced large thematic boxed sets.