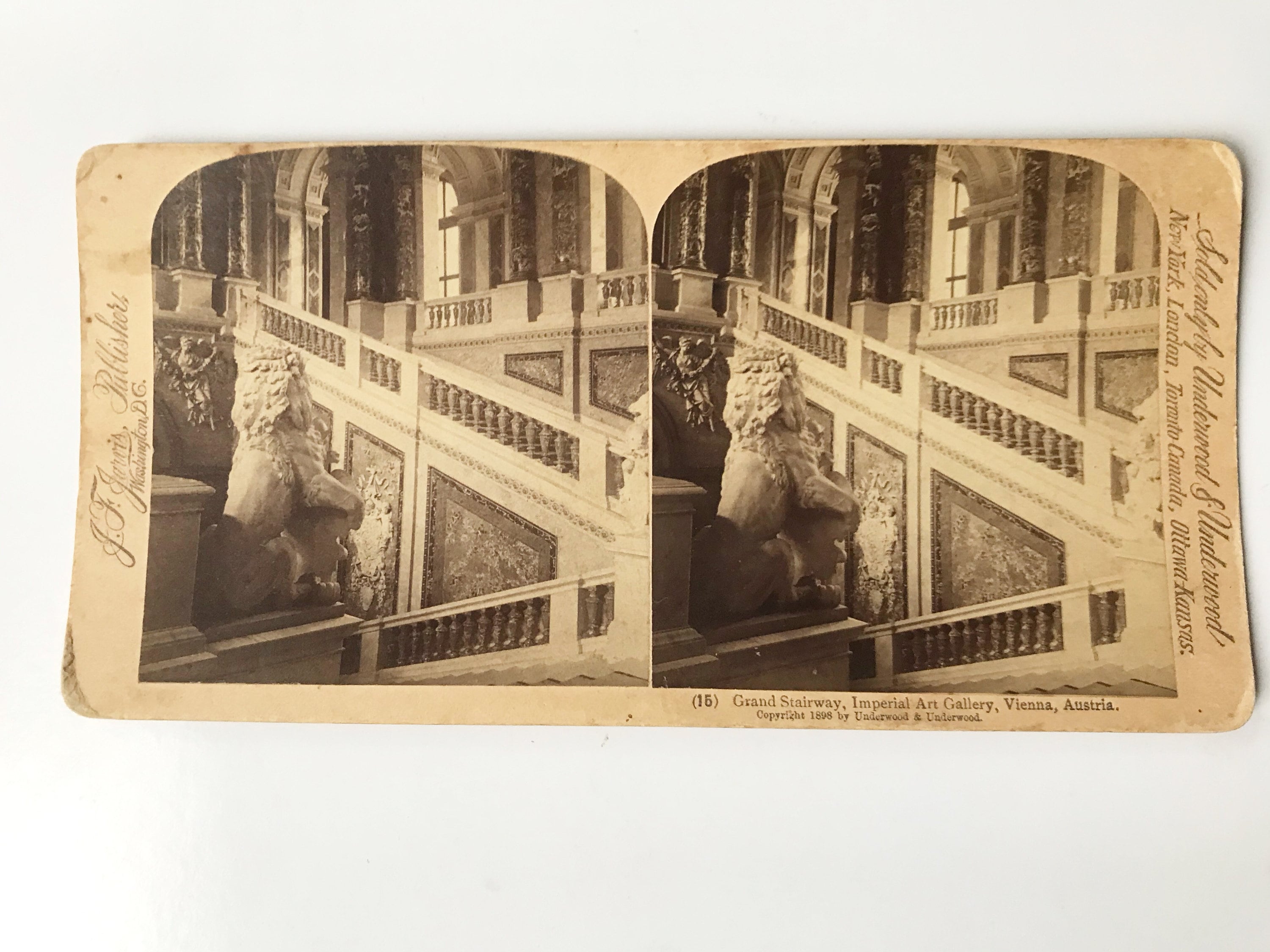 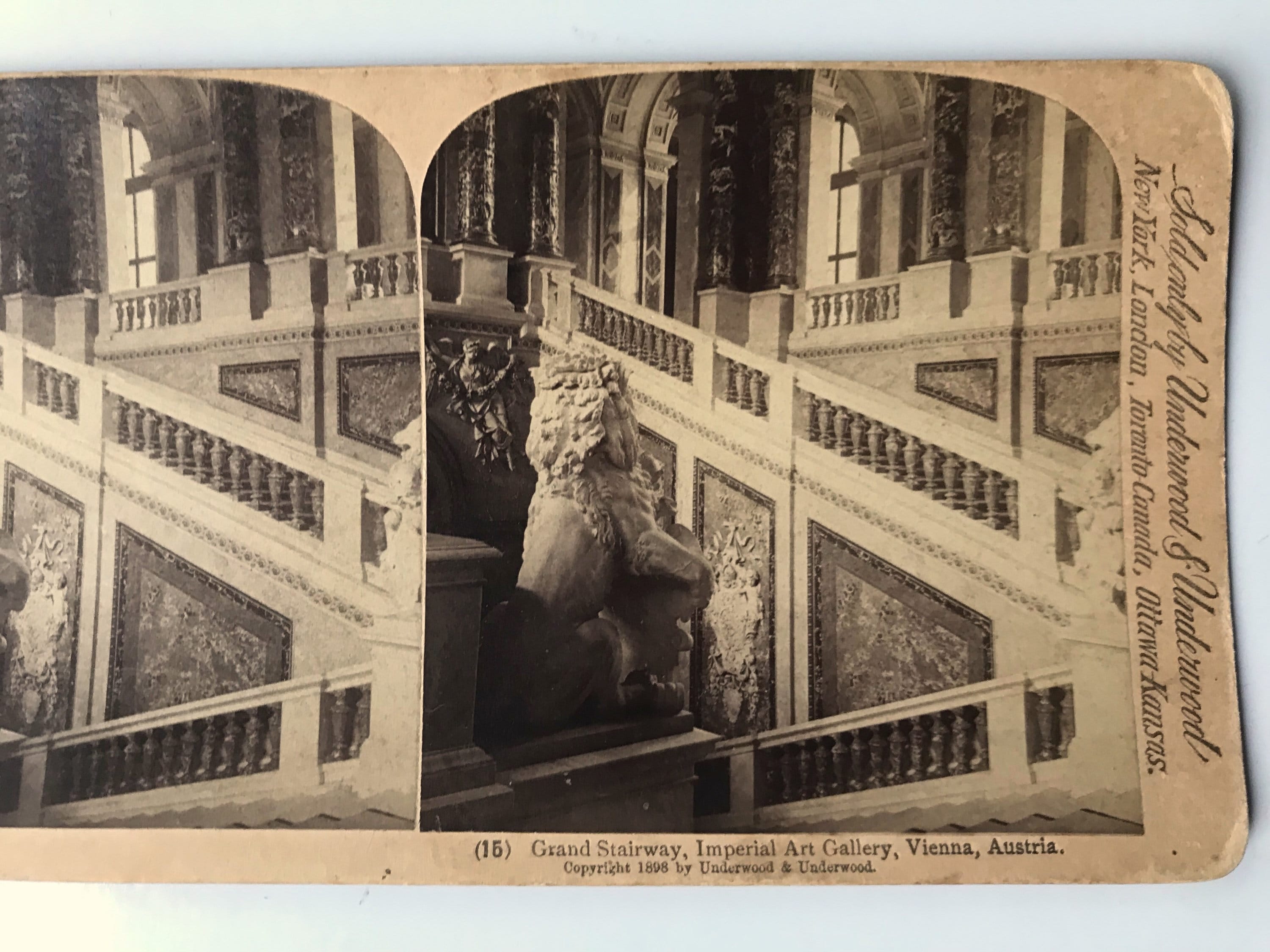 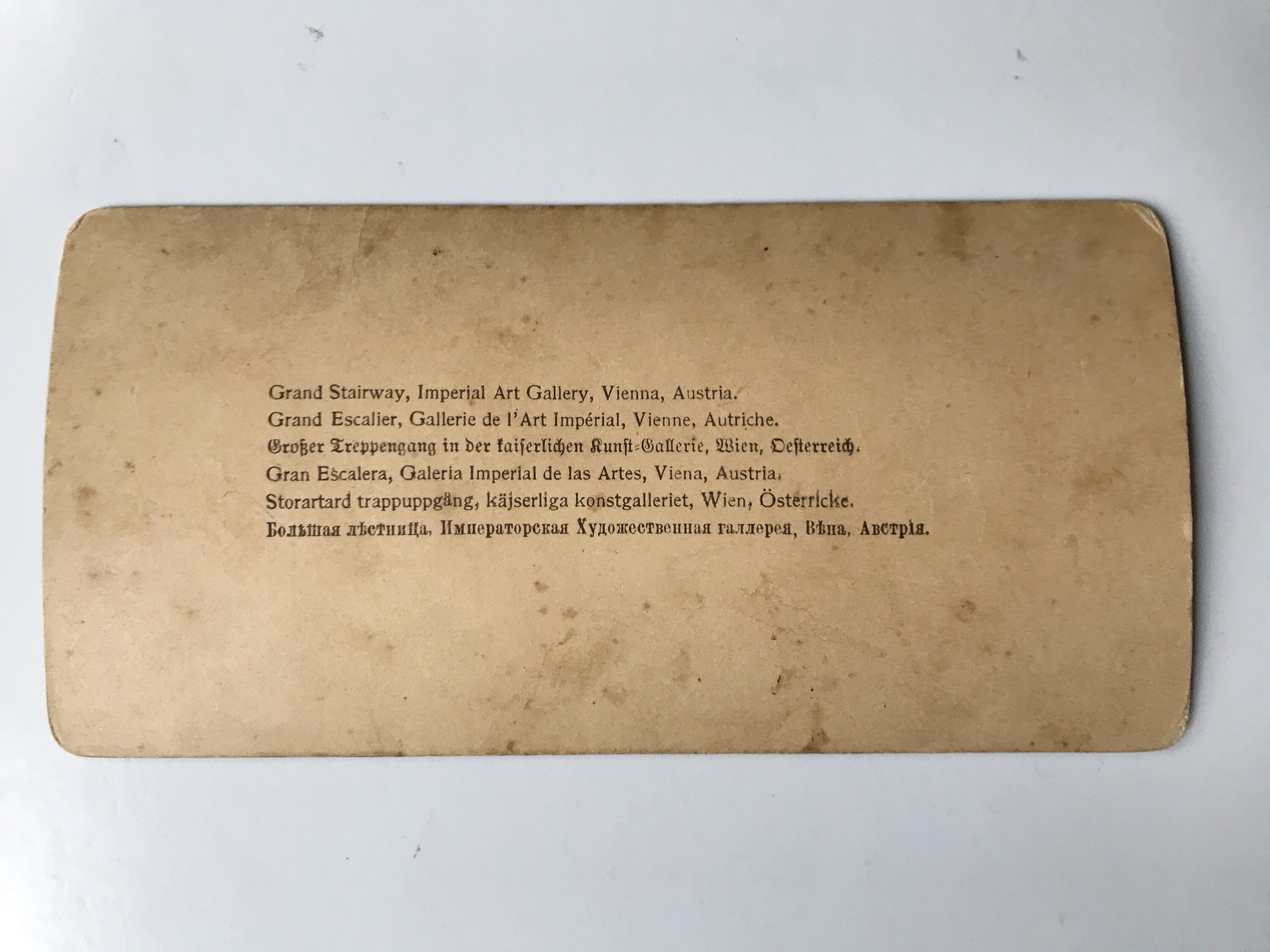 This antique stereoview shows the grand stairway at the Imperial Art Gallery in Vienna, Austria. I would assume this to be Kunsthistorisches Museum. Copyright 1898.

J.F. Jarvis, Publishers, had a distribution deal with Underwood and Underwood for his views starting in the 1880s.

Underwood & Underwood was founded in 1881 in Ottawa, Kansas by two brothers. At one time they were the largest publishers of stereoscopic cards in the world. In the twenties I believe they were acquired by Keystone, and by the forties they had ceased to exist. However their catalog of views is huge, and they also produced large thematic boxed sets.