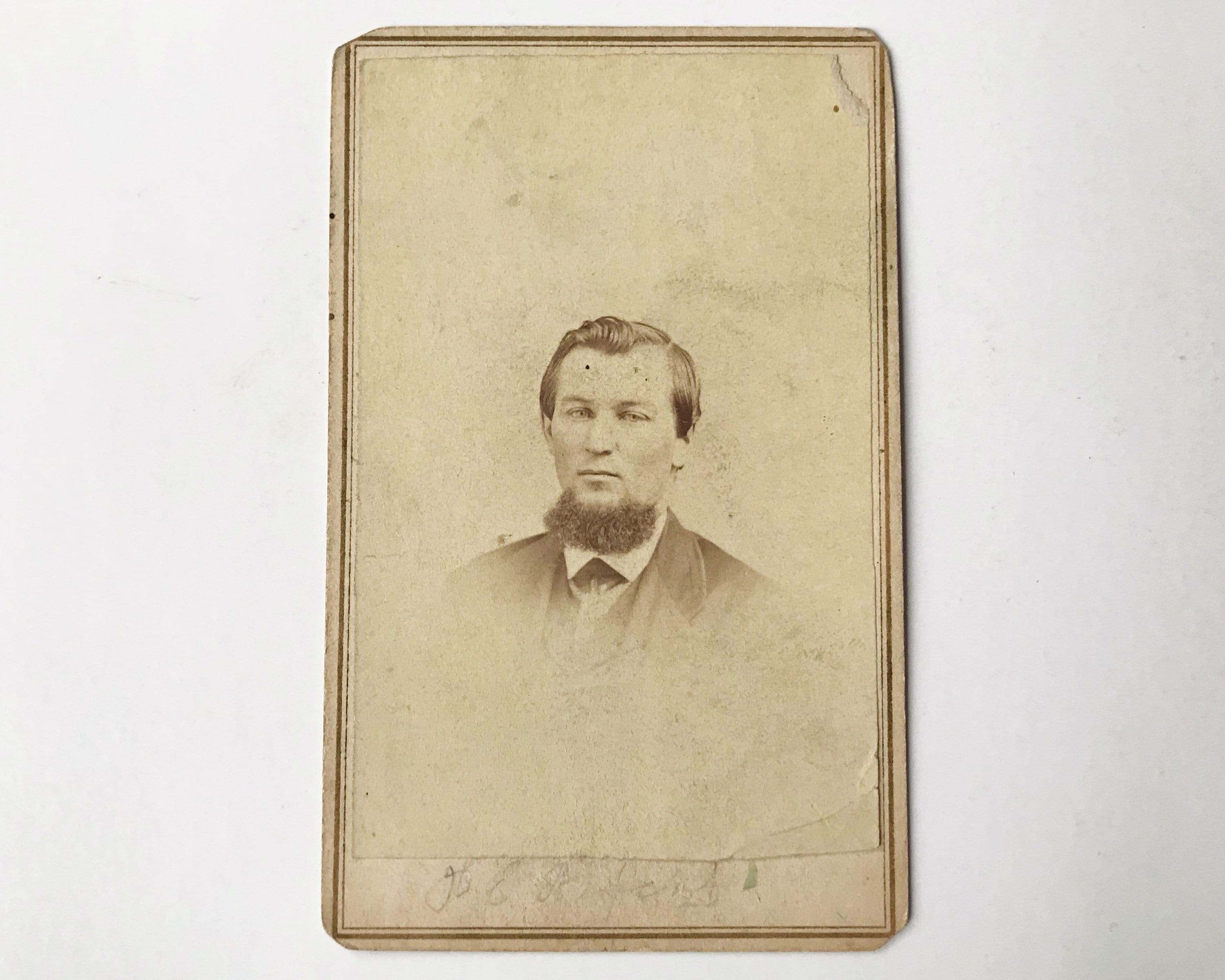 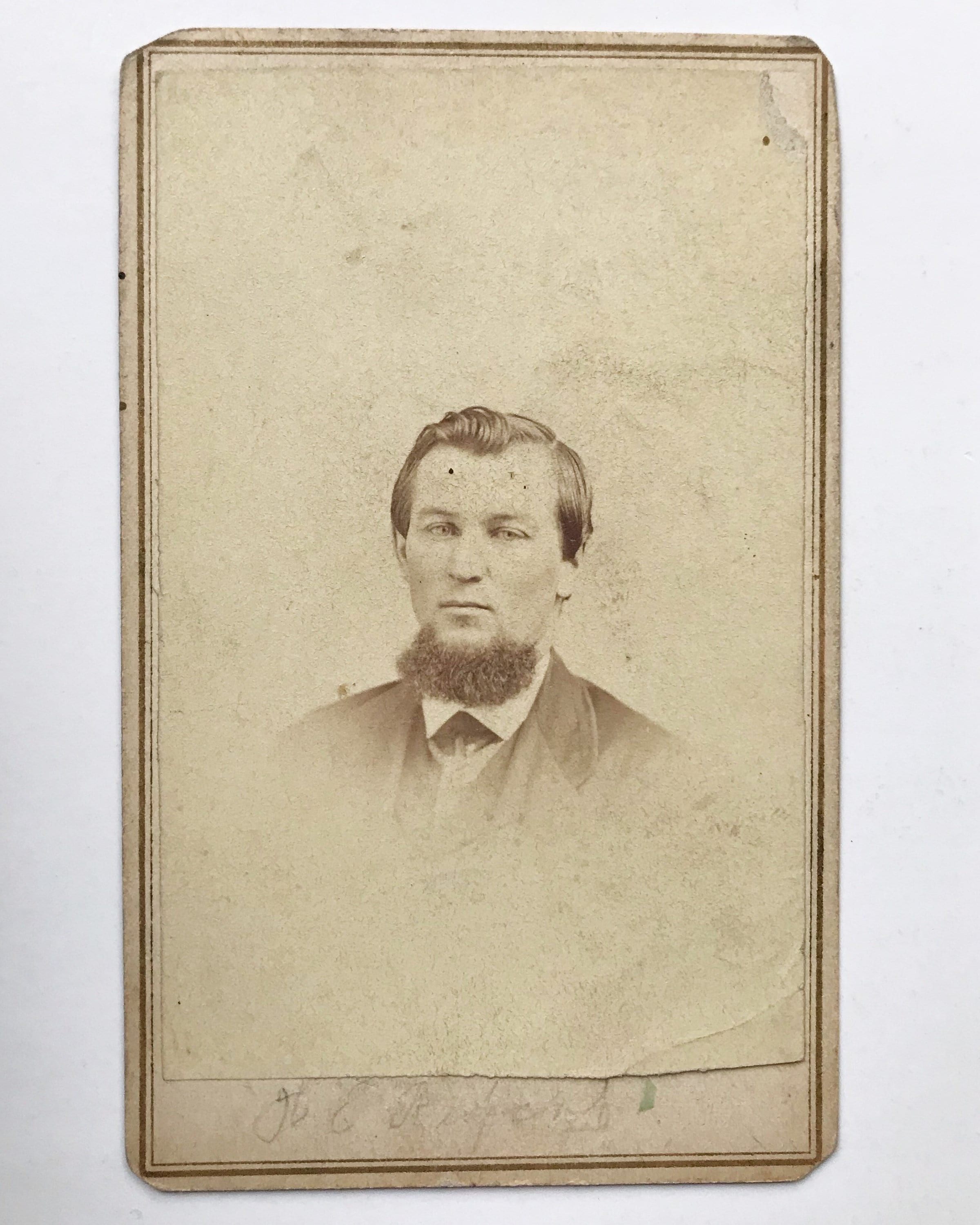 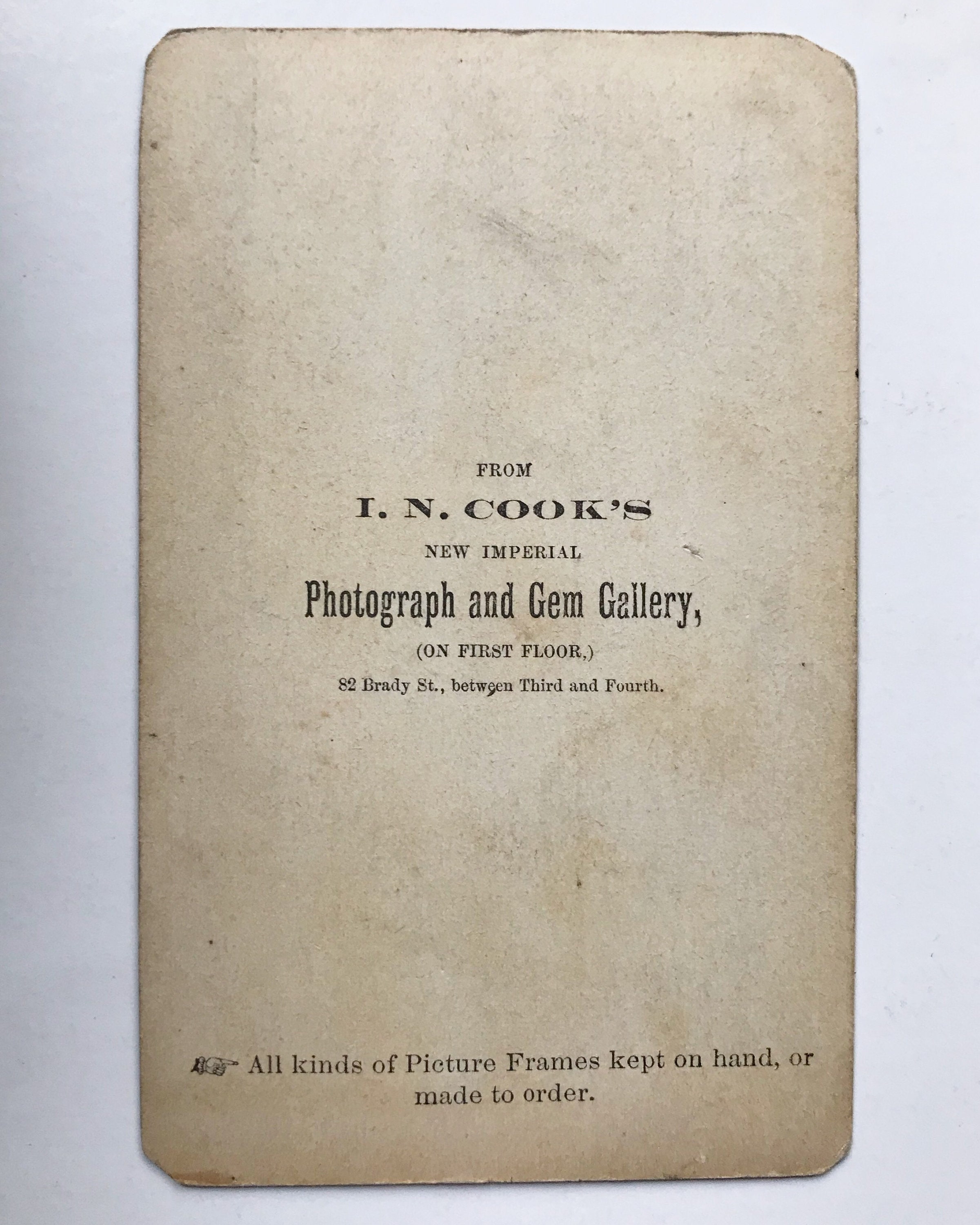 A CDV of a finely whiskered Victorian gentleman. The studio named on the back of the CDV is "I. N. Cook's, New Imperial Photograph and Gem Gallery, (on first floor,) 82 Brady St, between Third and Fourth". Unfortunately it does not specify a town or city.