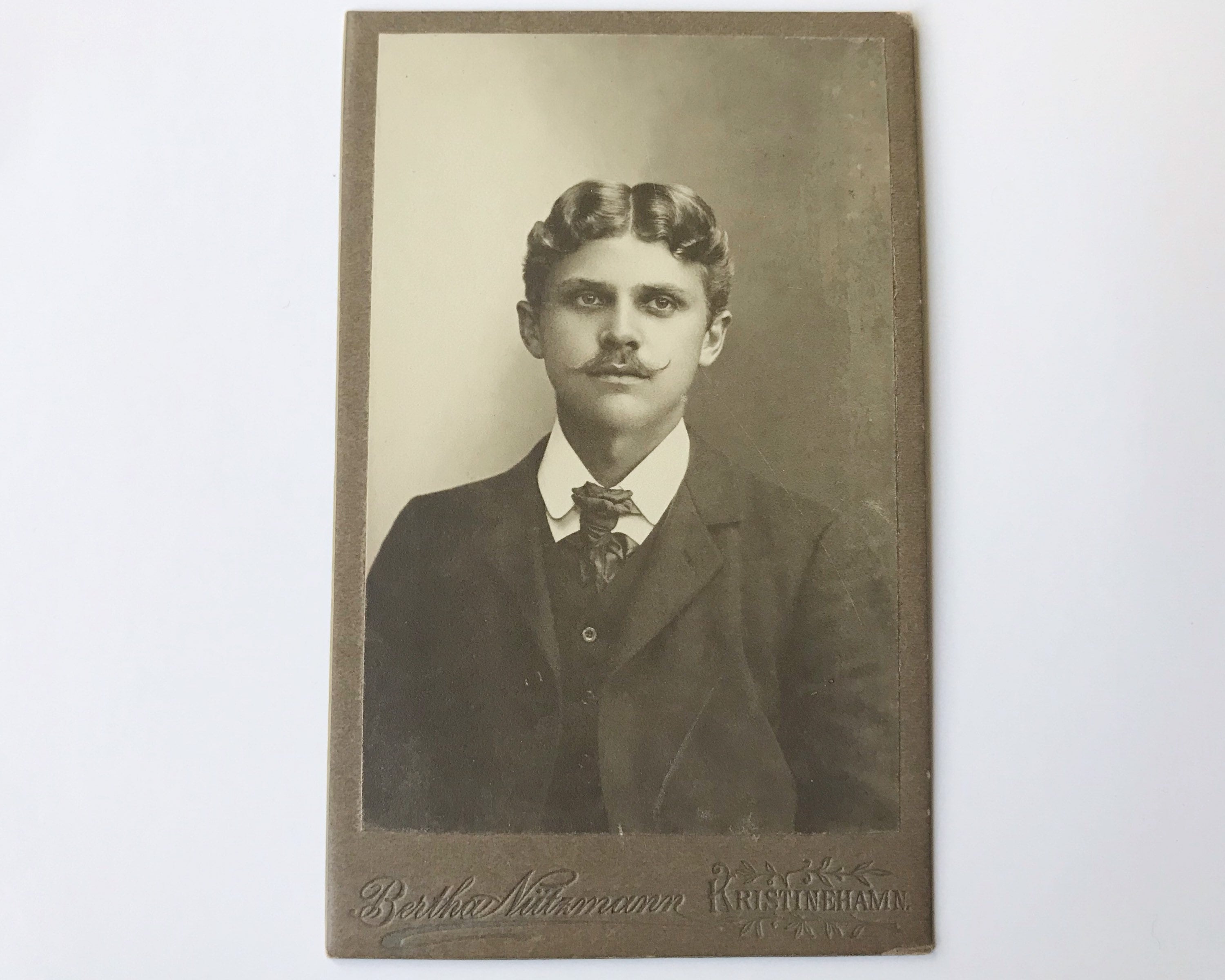 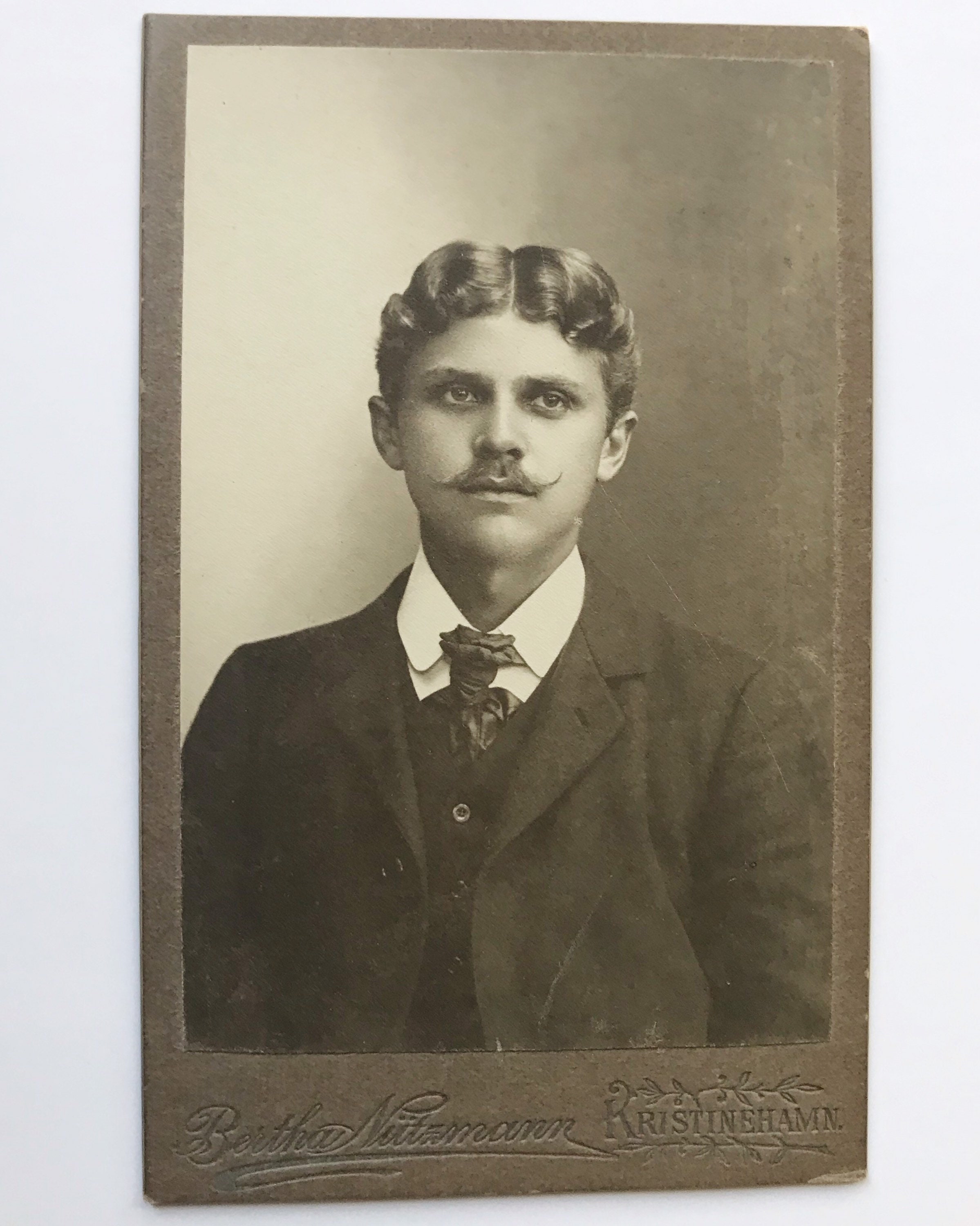 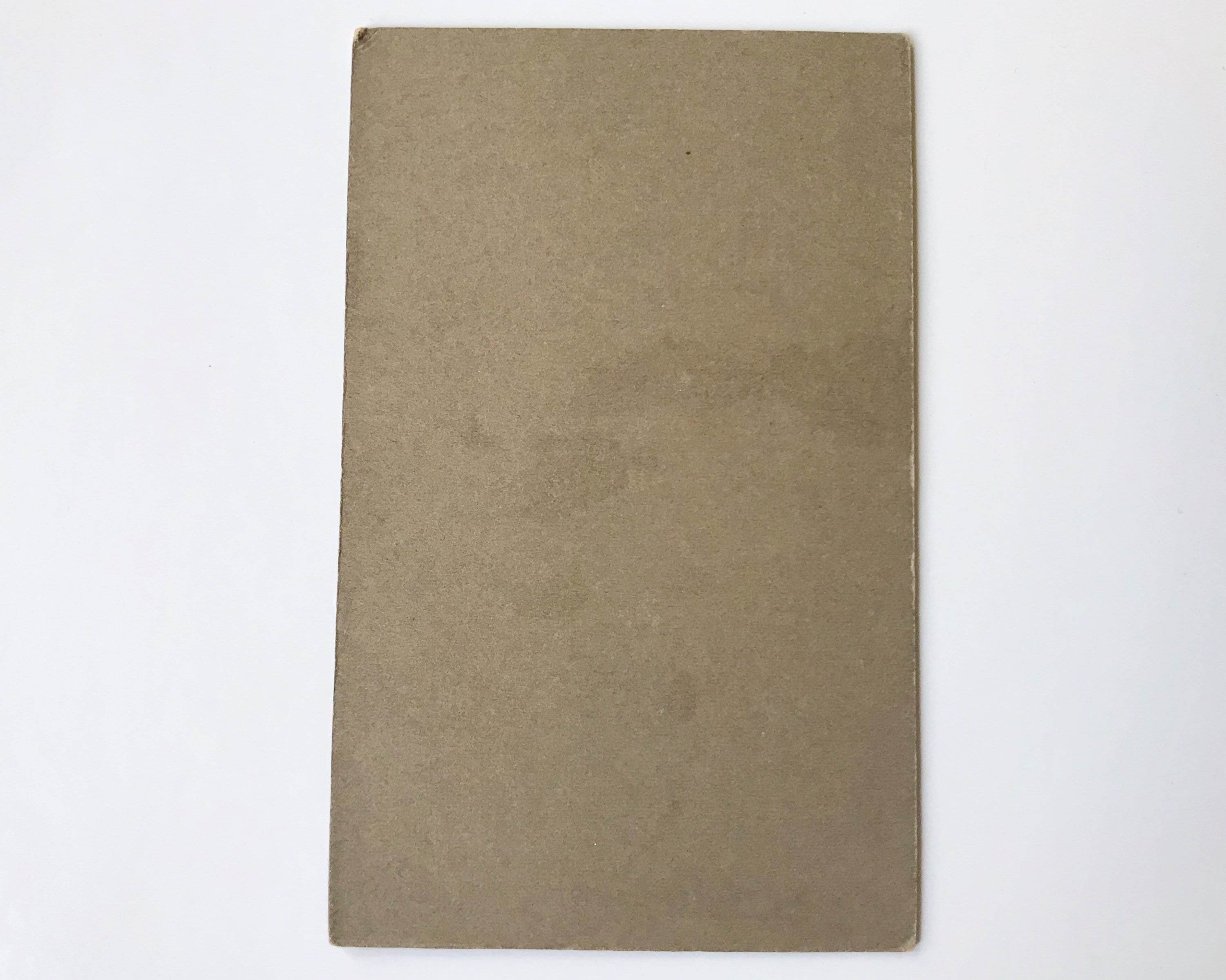 A Swedish CDV of a late Victorian dandy, circa 1880-1890. Just check out that spectacular center part with wavy hair, and his pointed mustache. Excellent! This CDV is from the studio of Bertha Niitzmann of Kristinehamn, Sweden. I'm fairly sure it was unusual to have a woman photography studio so that is fun too.

This CDV is much thicker than the American and British ones I have seen, with the photo pasted to heavy card - also typically the studio or photographer's name is on the front, under the image, along with the city. I also really like the deeper tones and more contrast the European CDVs have.