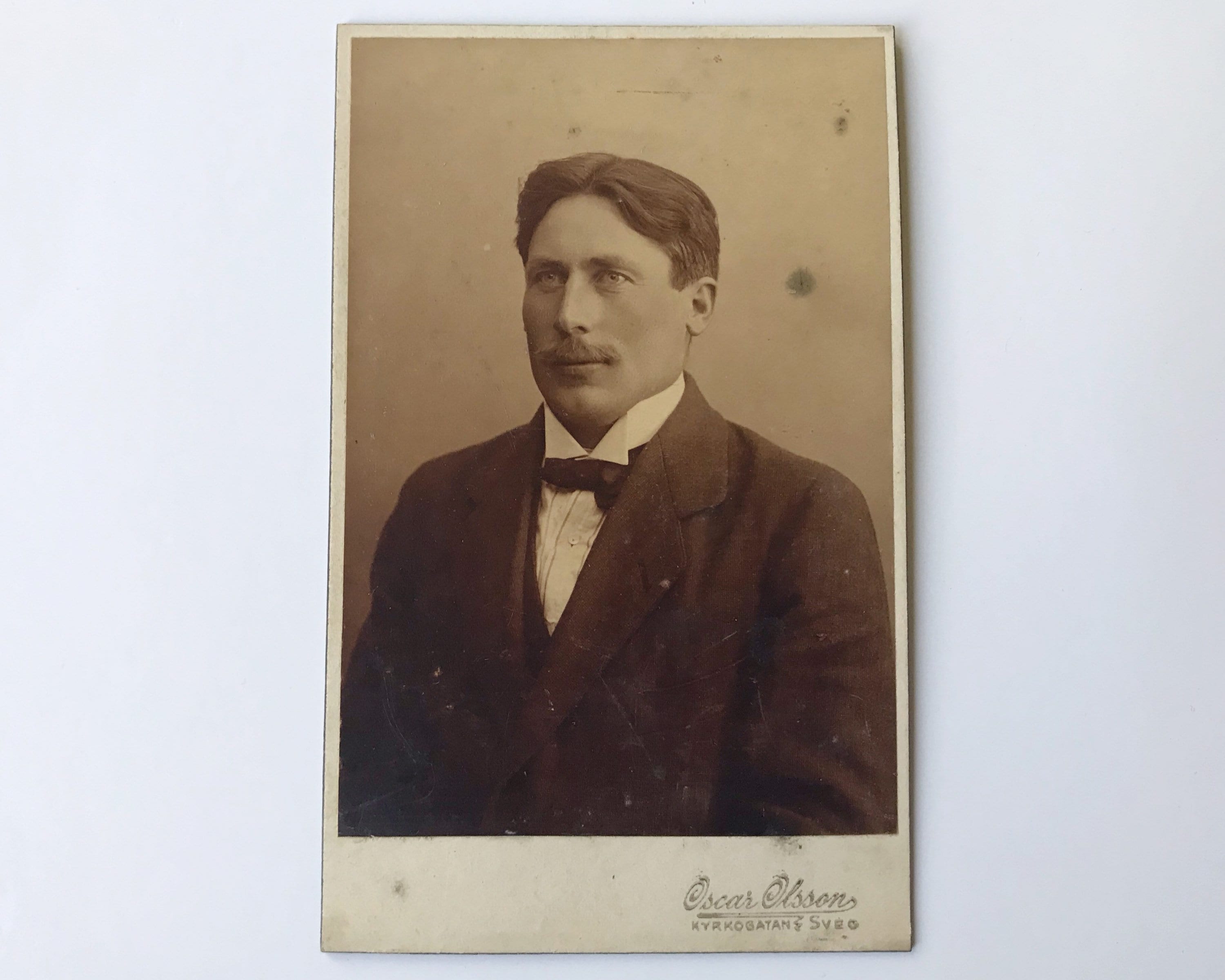 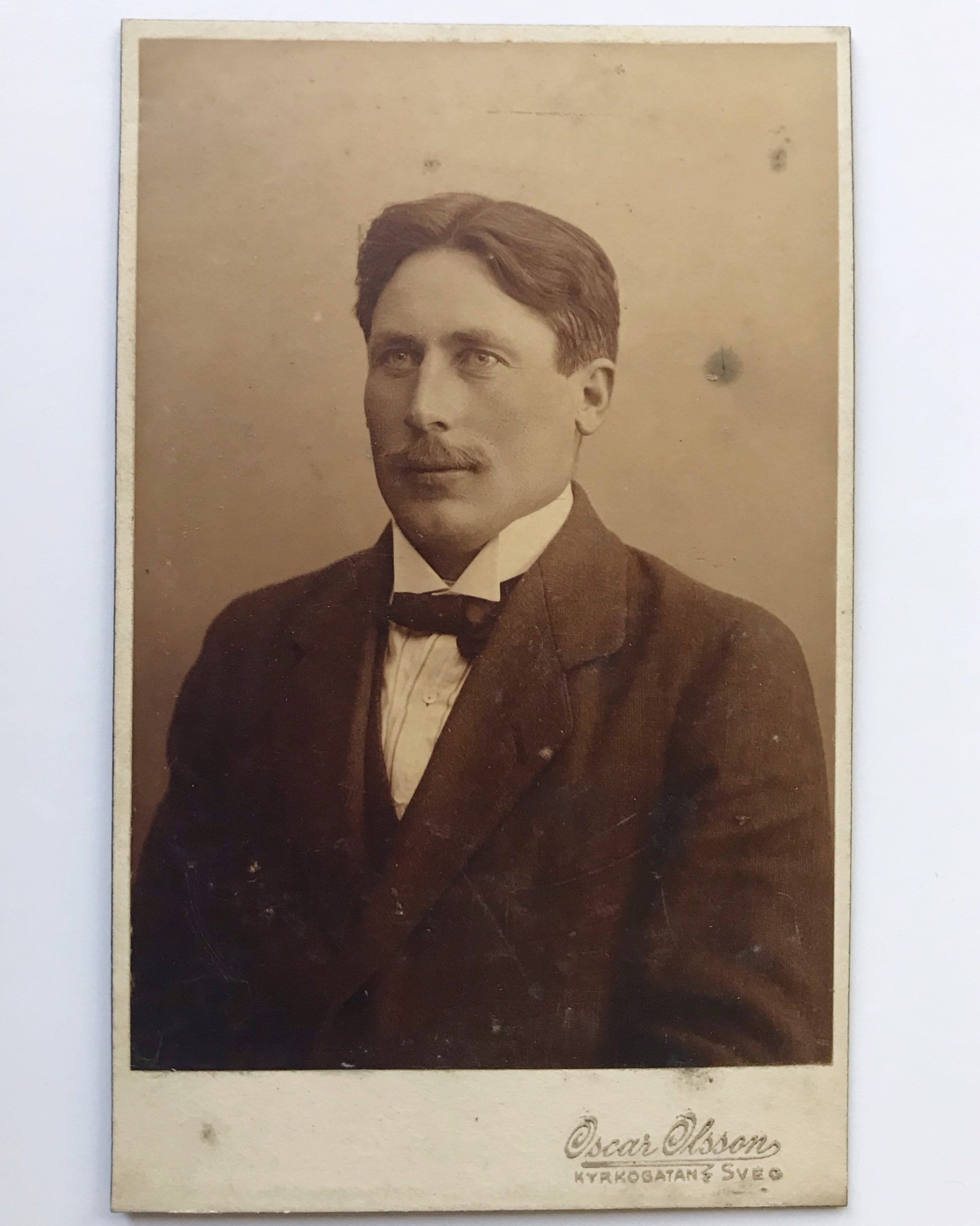 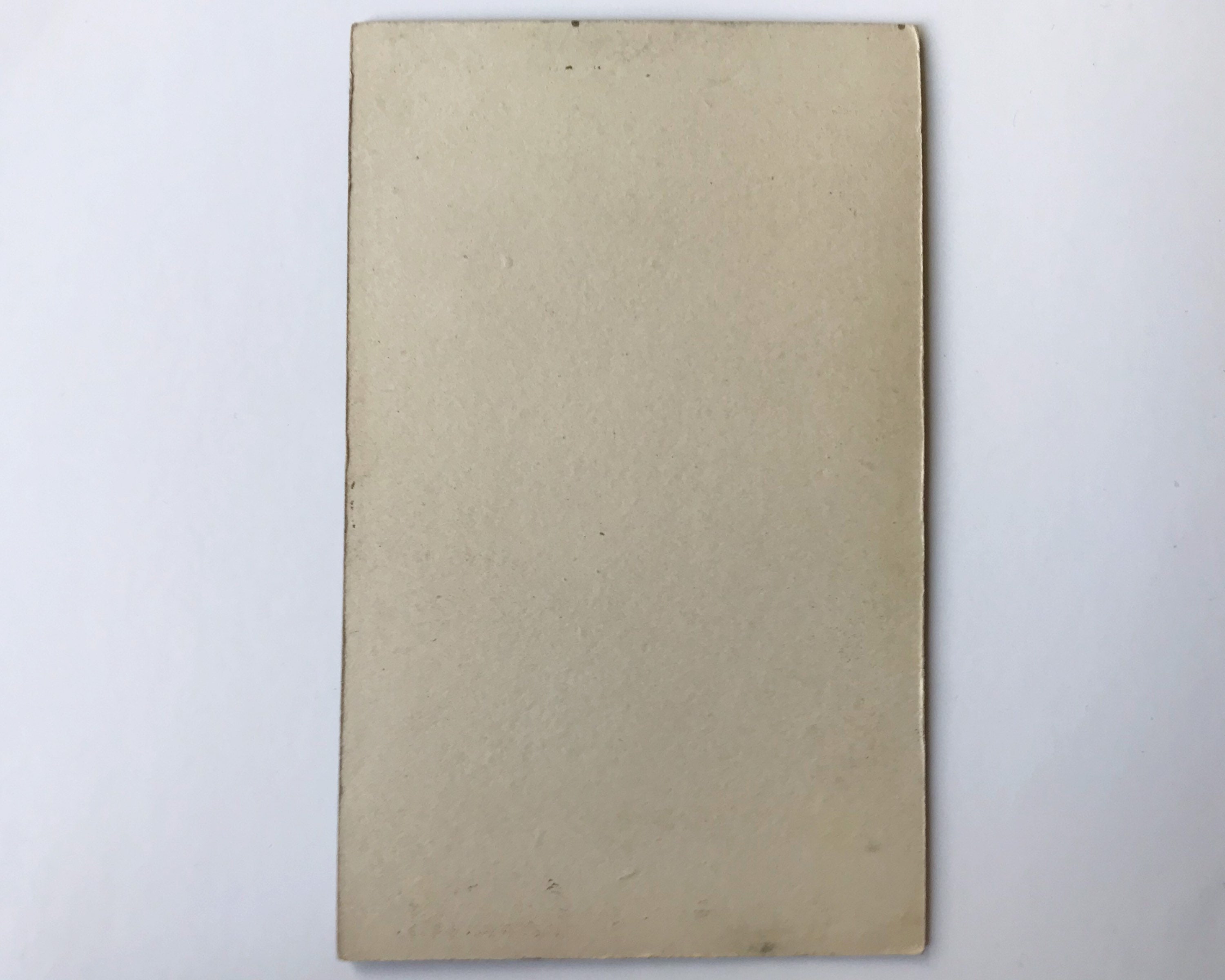 A Swedish CDV of a late Victorian man with mustache, widow maker collar and bow tie, circa 1880-1900 or so. This CDV is from the studio of Oscar Olsson, Kyrkogatan (Göteborg), Sweden.