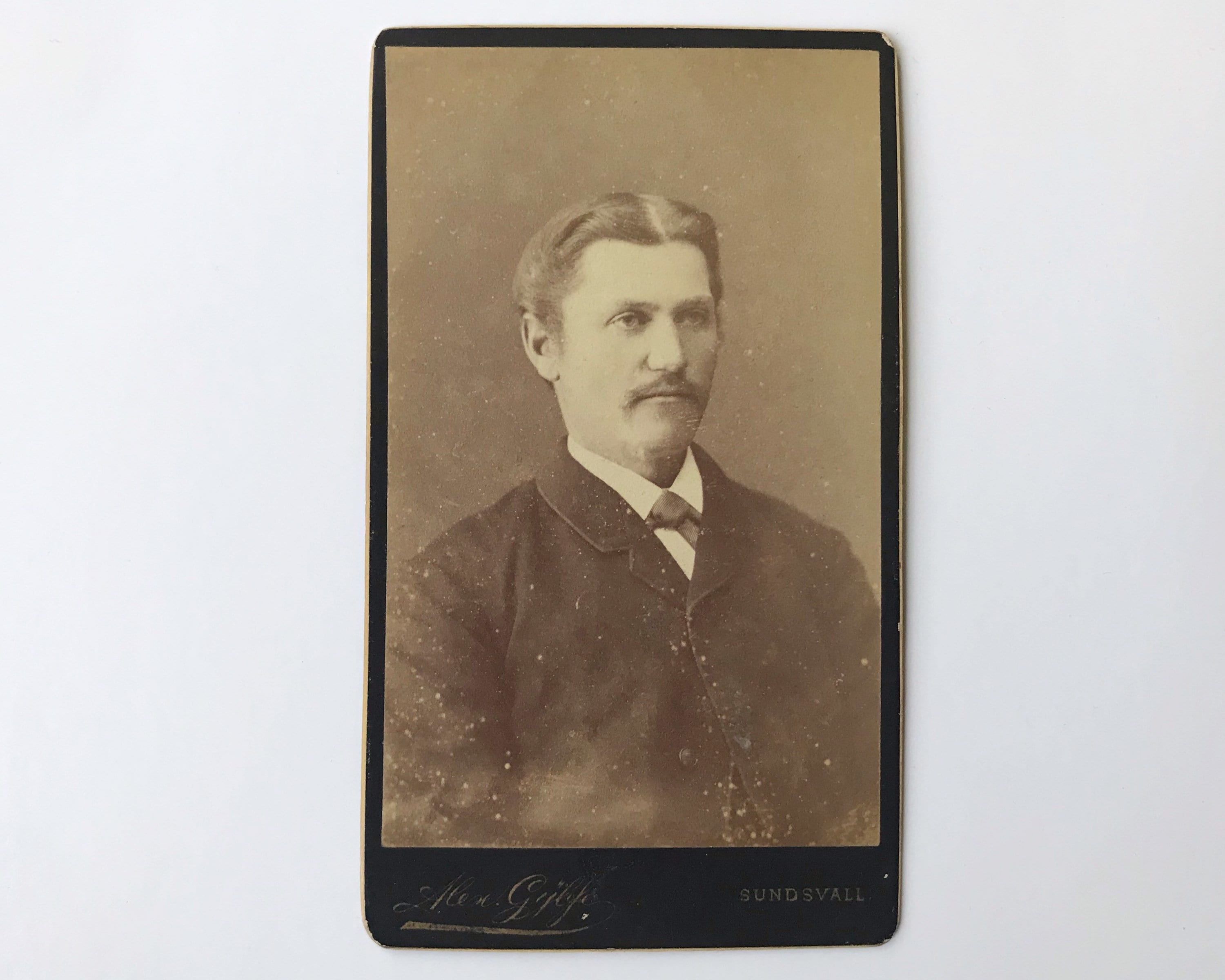 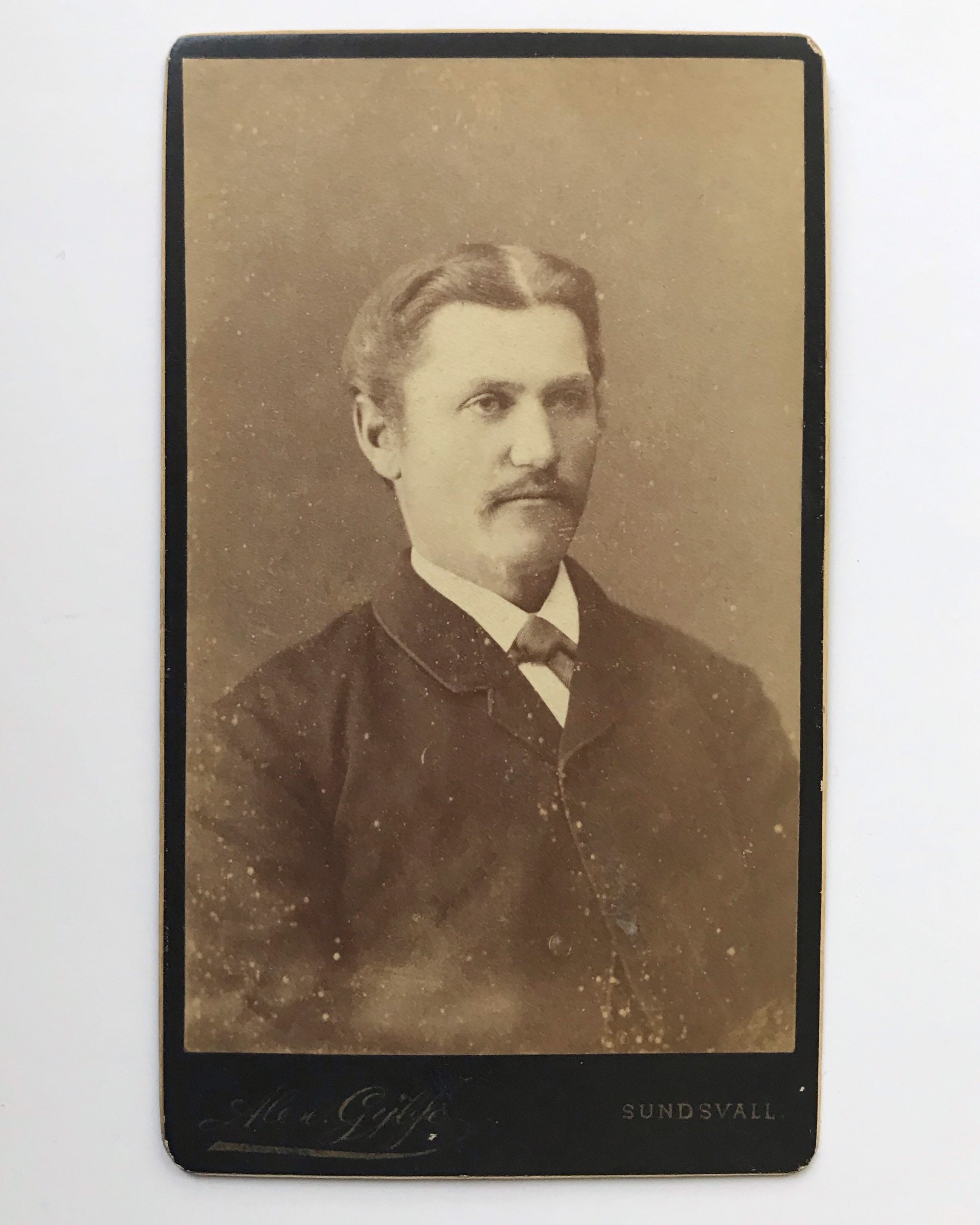 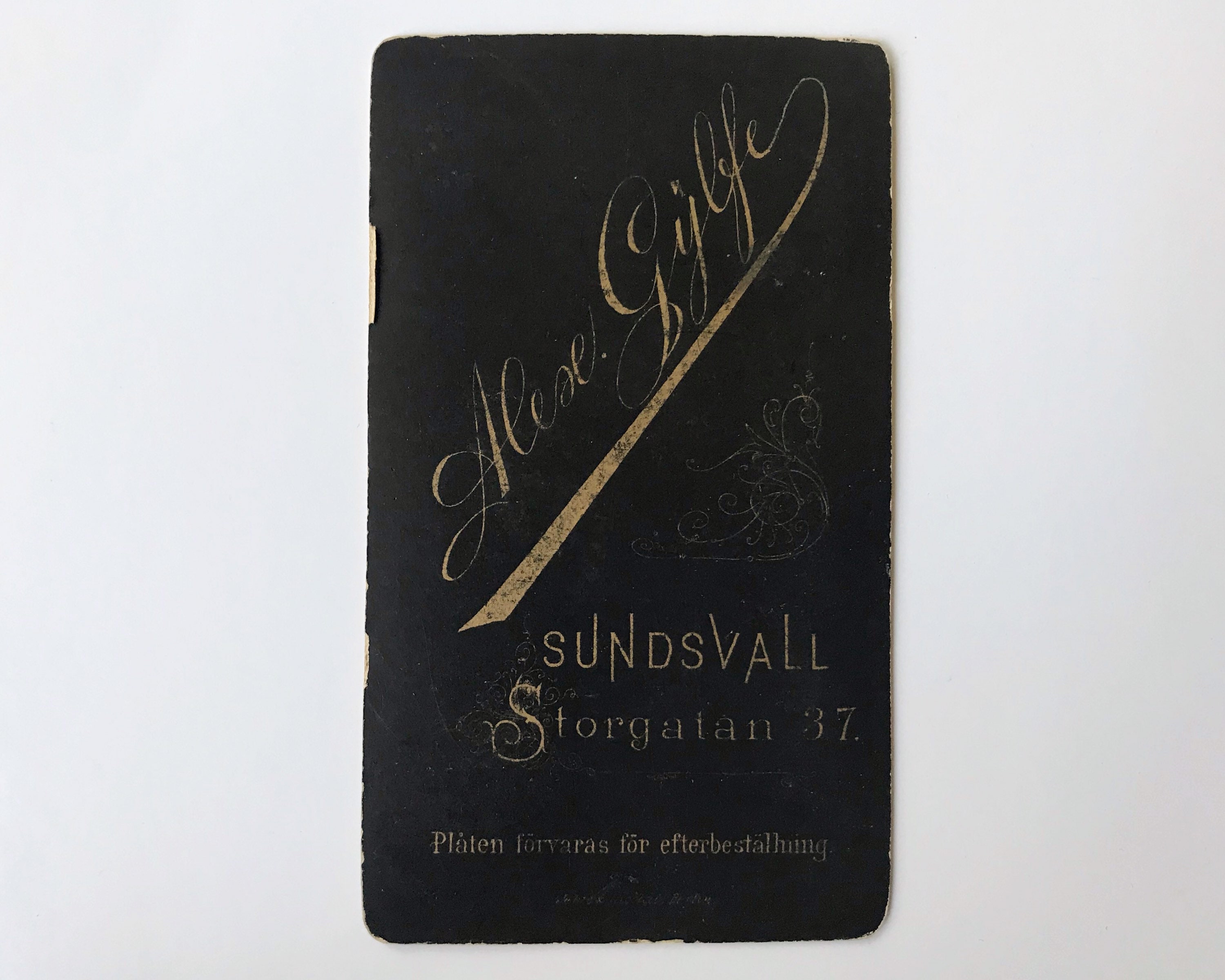 A Swedish CDV of a dignified late Victorian man or Edwardian man with a mustache. From the photography Alese Gijbse, Sundsvall, Sweden.