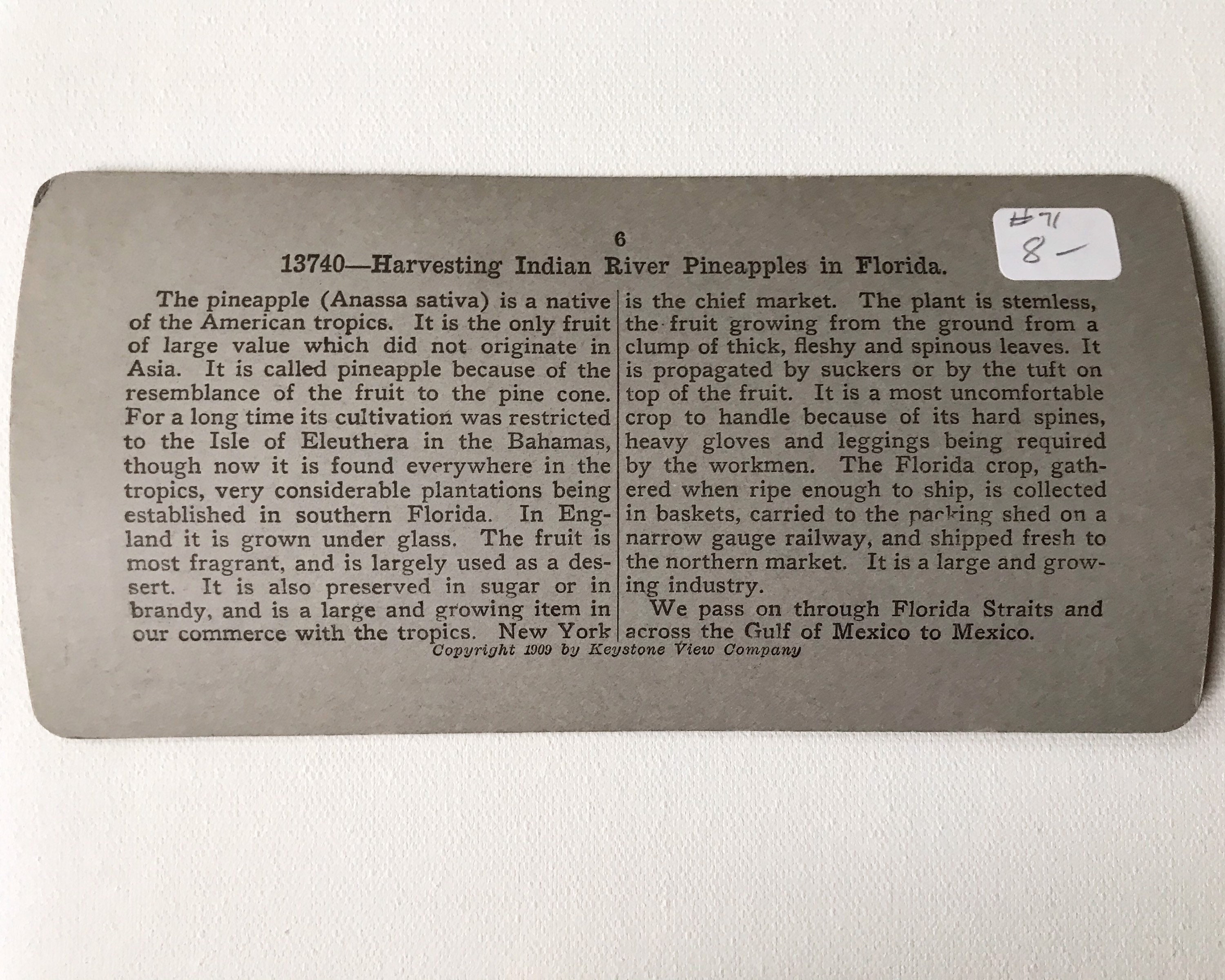 Super interesting antique stereoview of farm laborers harvesting Indian River Pineapples in Florida. Besides the brief history of pineapples on the reverse the photograph shows a windmill and water tower. I like the little track and cart for moving the pineapples out of the field. Great agricultural historical moment. Numbered 13740, and copyright 1904.