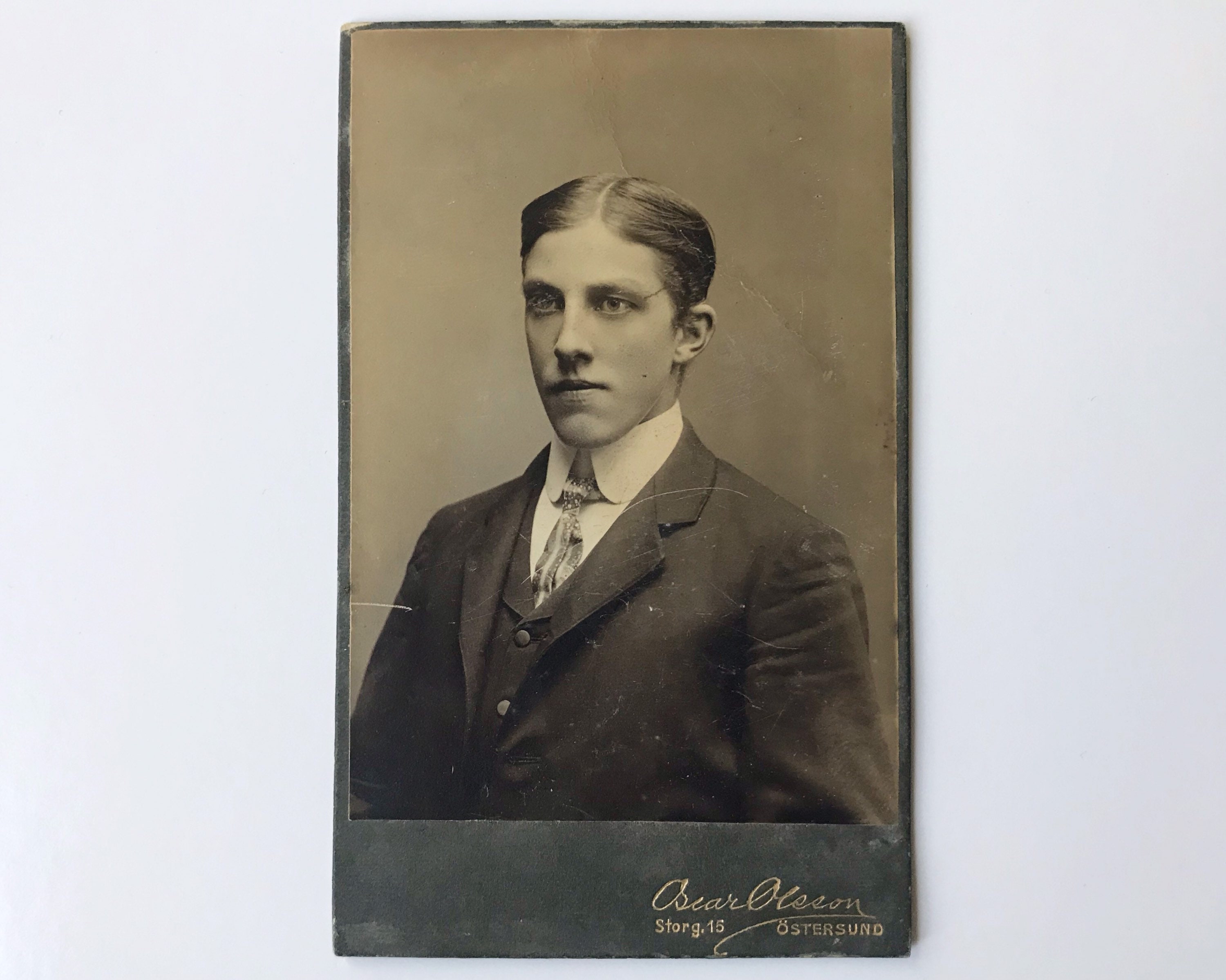 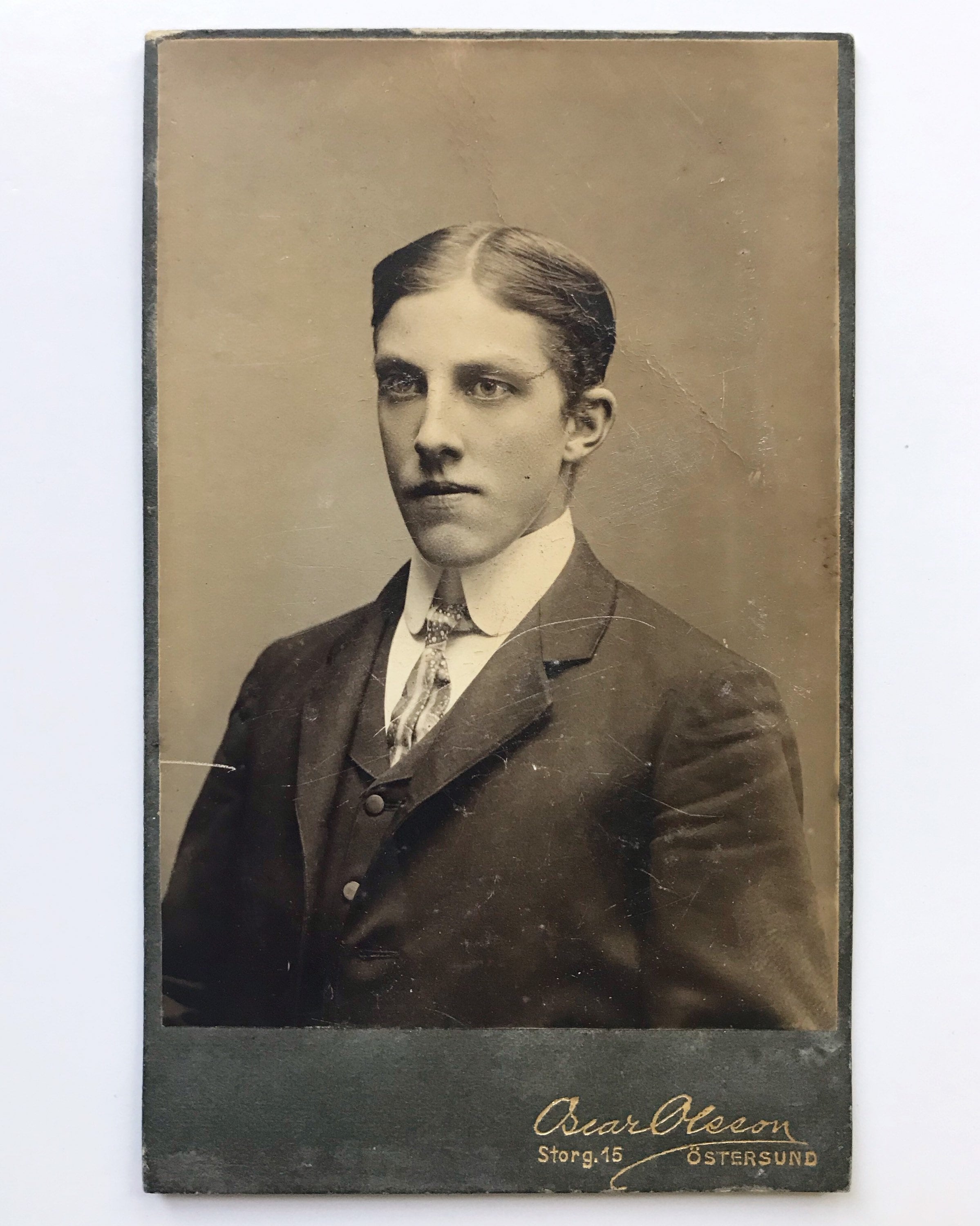 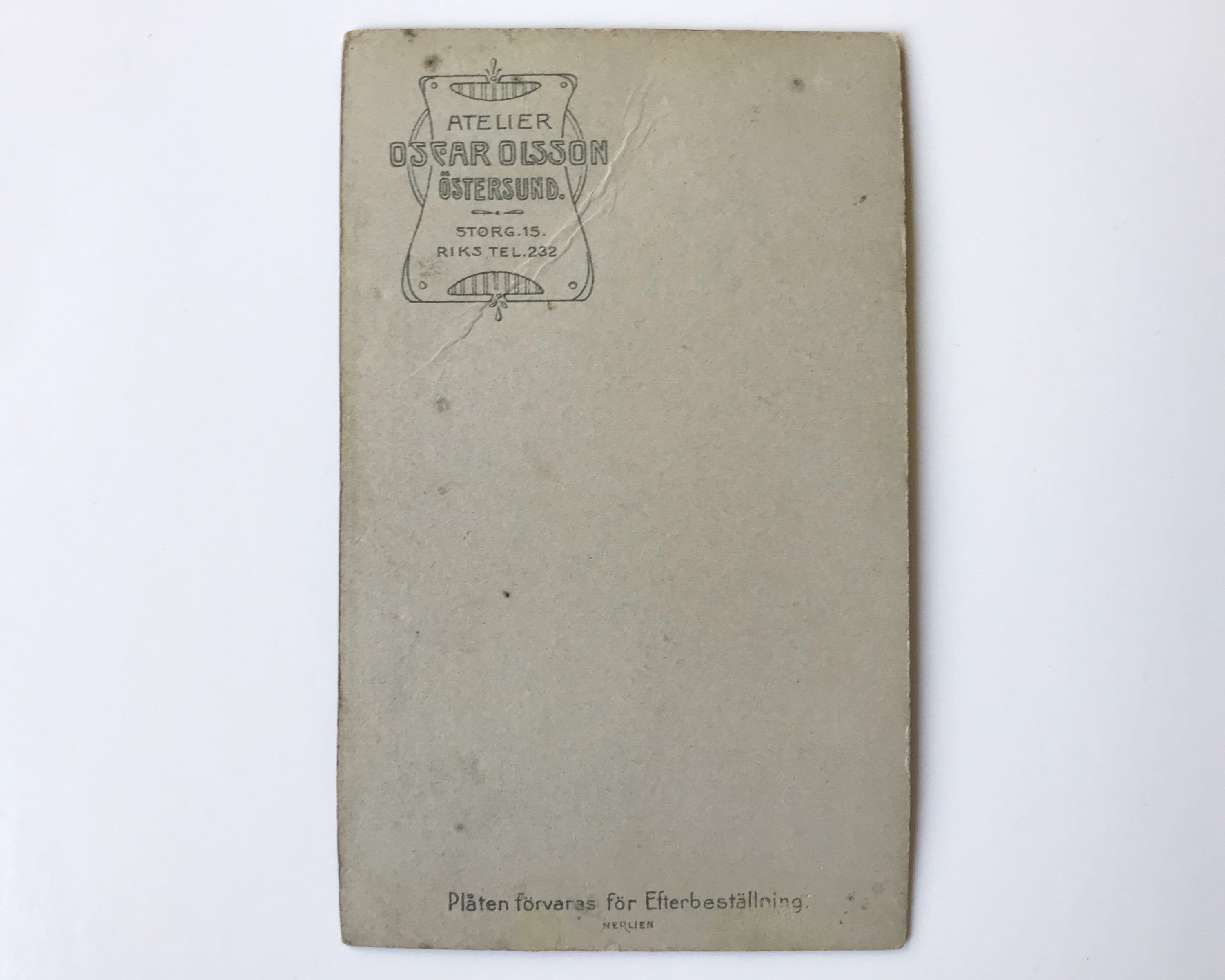 A CDV of a young Victorian man with collar and ascot, circa 1880-1900 or so. This CDV is from the studio of Oscar Olsson of Ostersund, Sweden.

CONDITION: Good, there is some scuffing, scratching to the image.