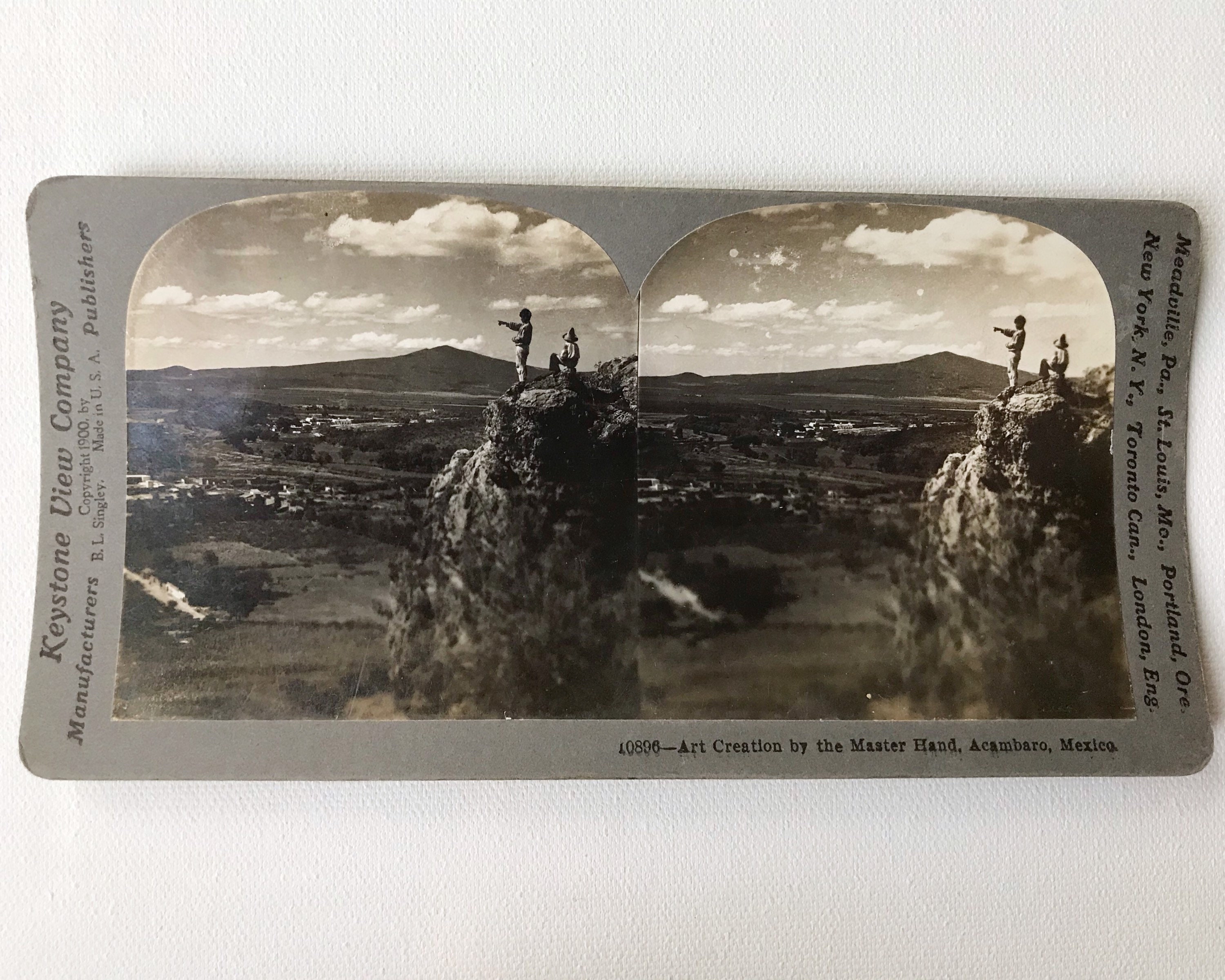 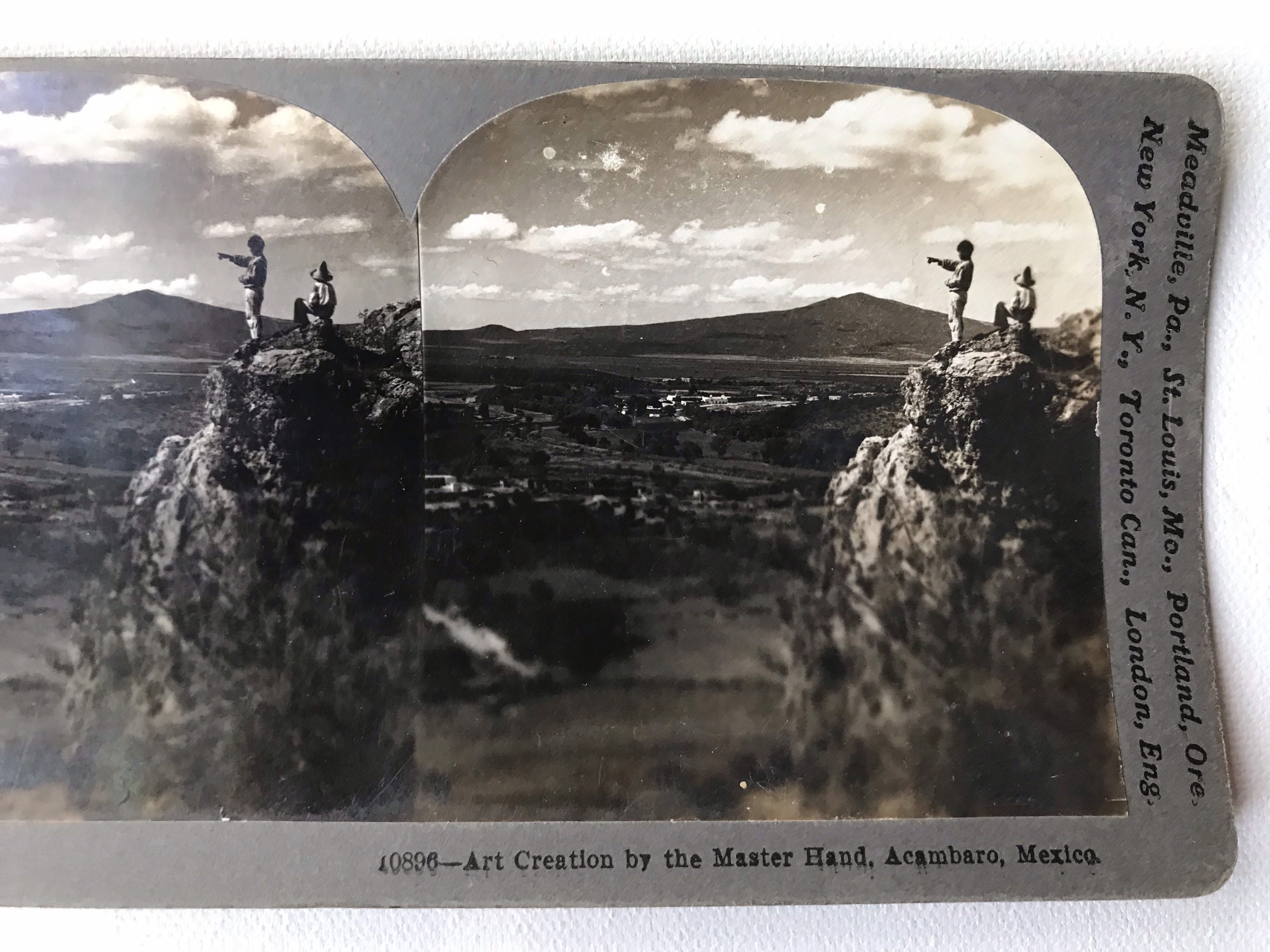 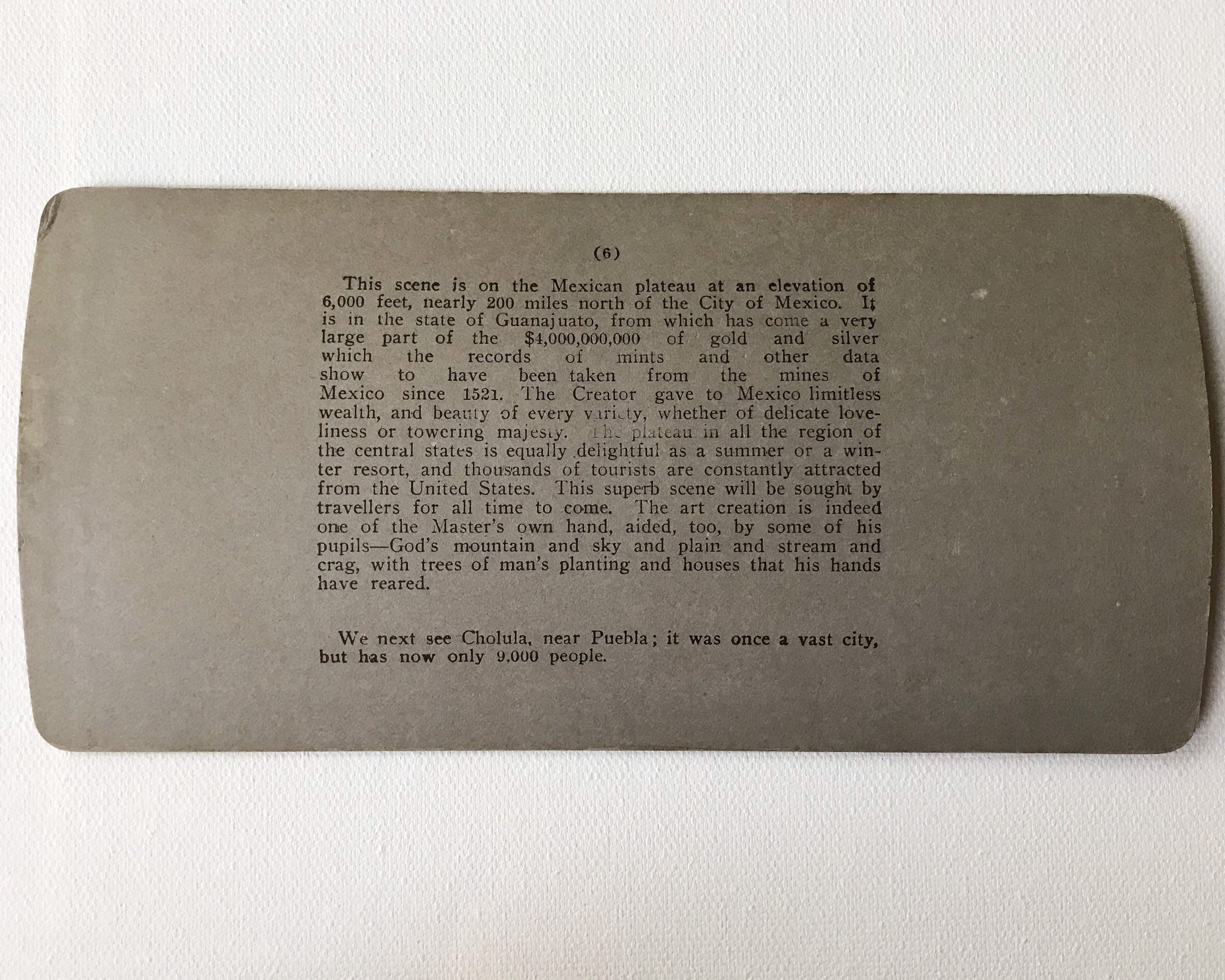 An antique stereoview of Acámbaro, Mexico. Two people stand at the edge of a cliff gazing over the landscape. The caption reads: "Art Creation by the Master Hand, Acámbaro, Mexico".