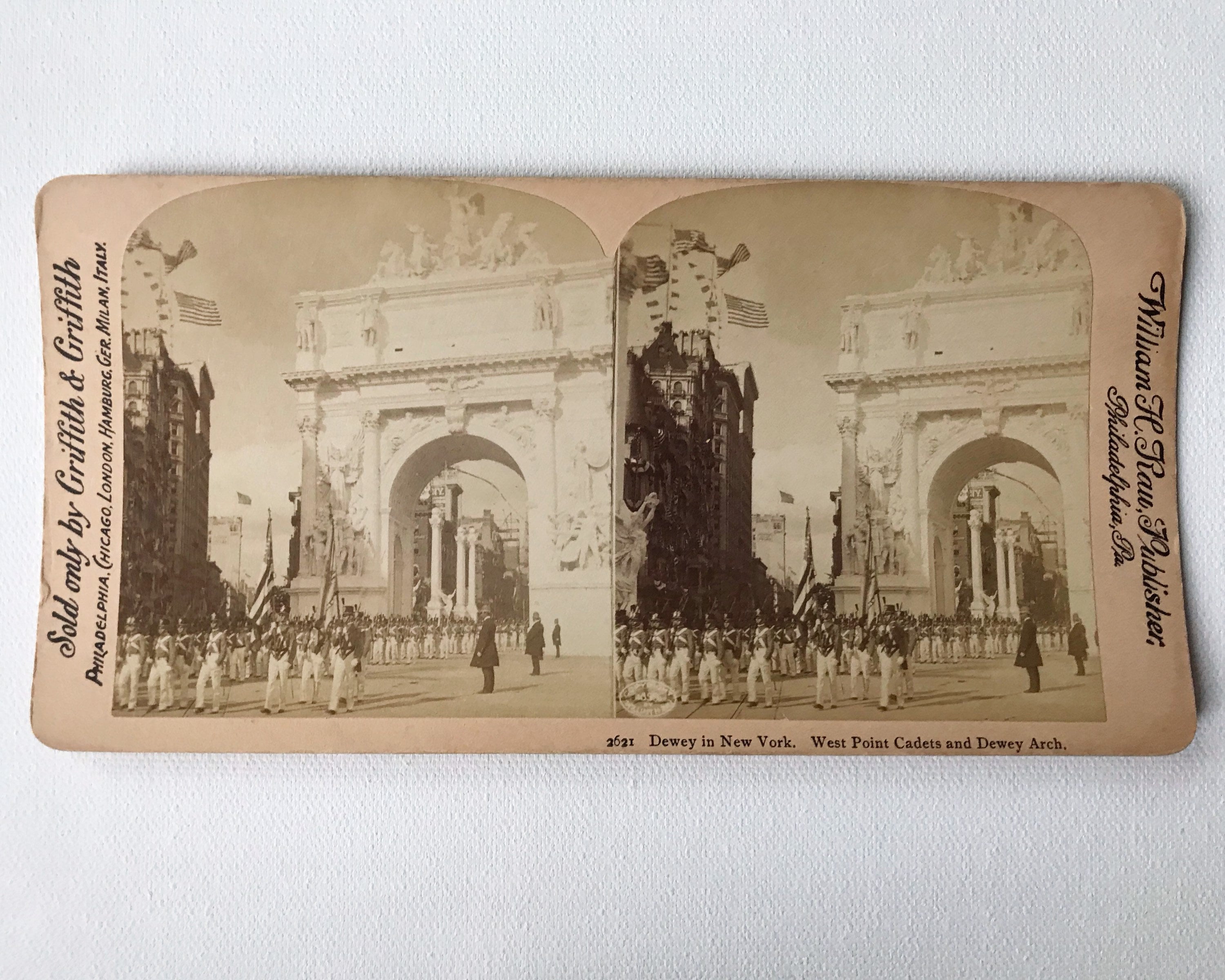 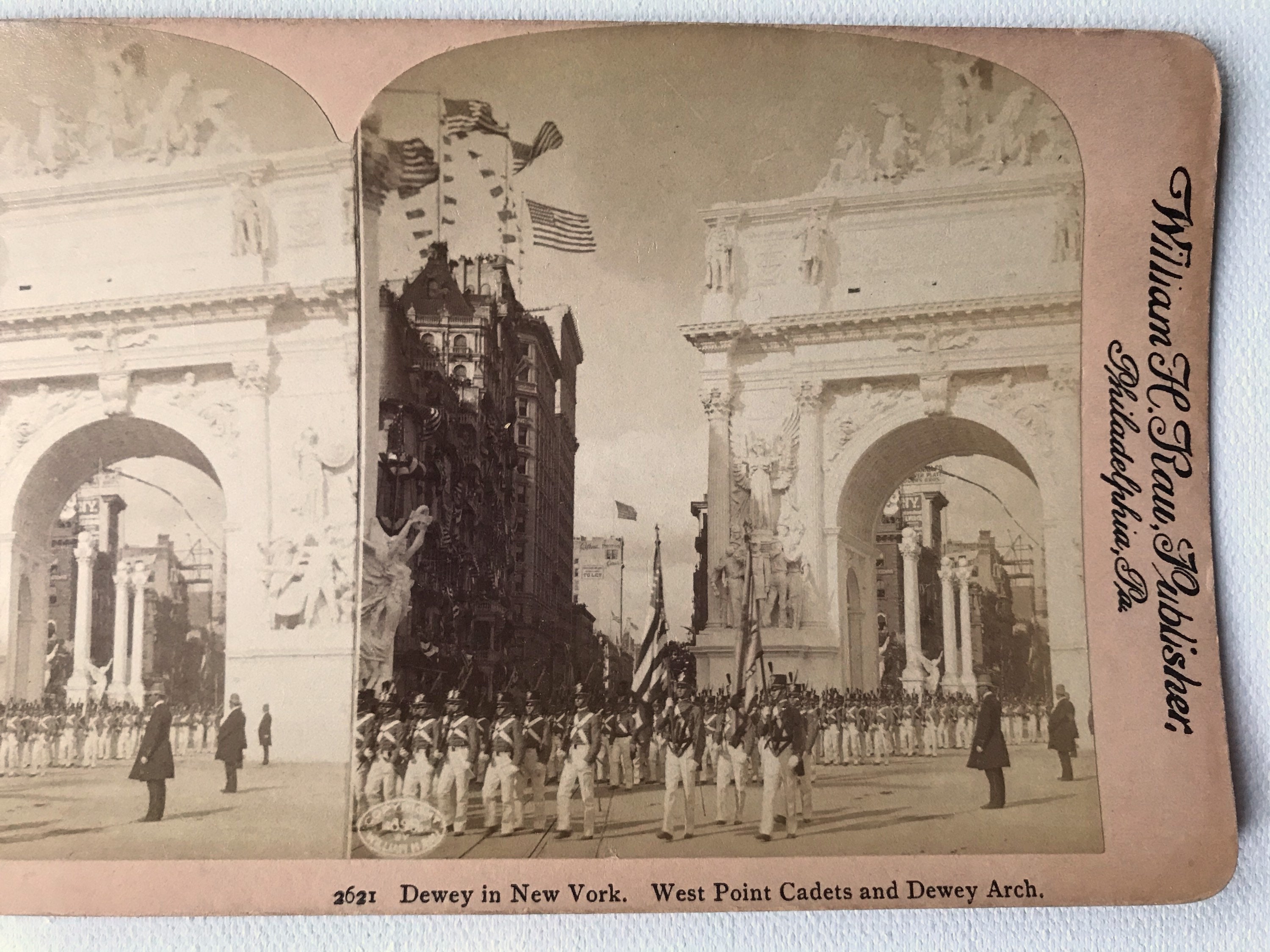 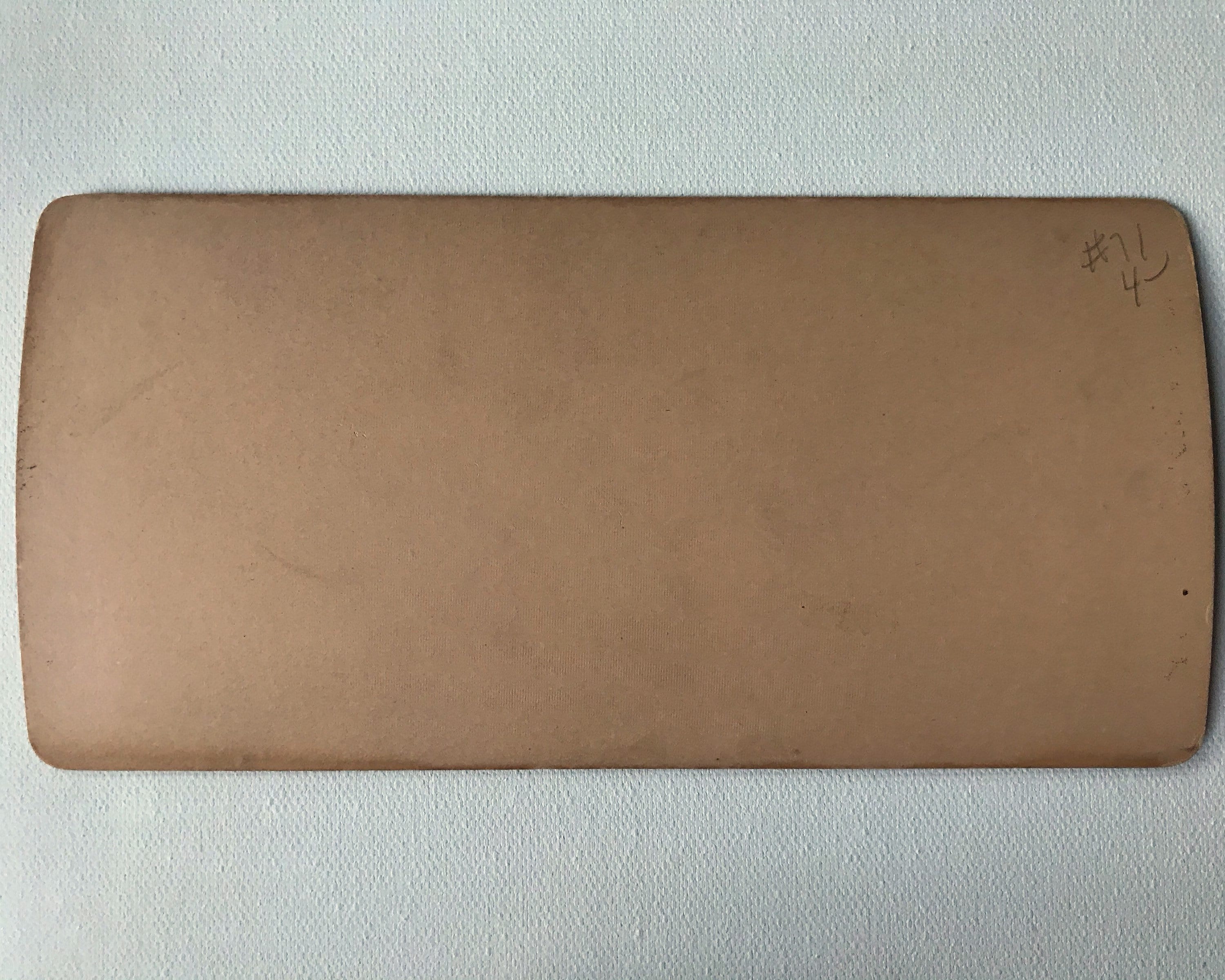 This antique stereoview shows the Dewey Arch in September of 1899 in New York City during the two day parade in honor of Admiral George Dewey in honor of his victory at the Battle of Manila Bay in the Philippine War. The arch was constructed solely for the event and was demolished the following year. The image is captioned: "2621 Dewey in New York. West Point Cadets and Dewey Arch." You can also see police offices in addition to the cadets. Card distributed by Griffith & Griffith for the photographer William H. Rau.

George W. Griffith was a major stereoscopic publisher who began his career as a canvasser for Underwood and Underwood. Forming his own company he became the publisher and distributor of views by photographers William H. Rau, H. L. Roberts,and M. H. Zahner of Niagara Falls. Eventually he had over 10,000 negatives of views all over the United States and other parts of the world.

William H. Raw was a Philadelphia stereo card publisher and photographer from a family of notable photographers.

CONDITION: Good with the usual bumping, etc. Some staining.