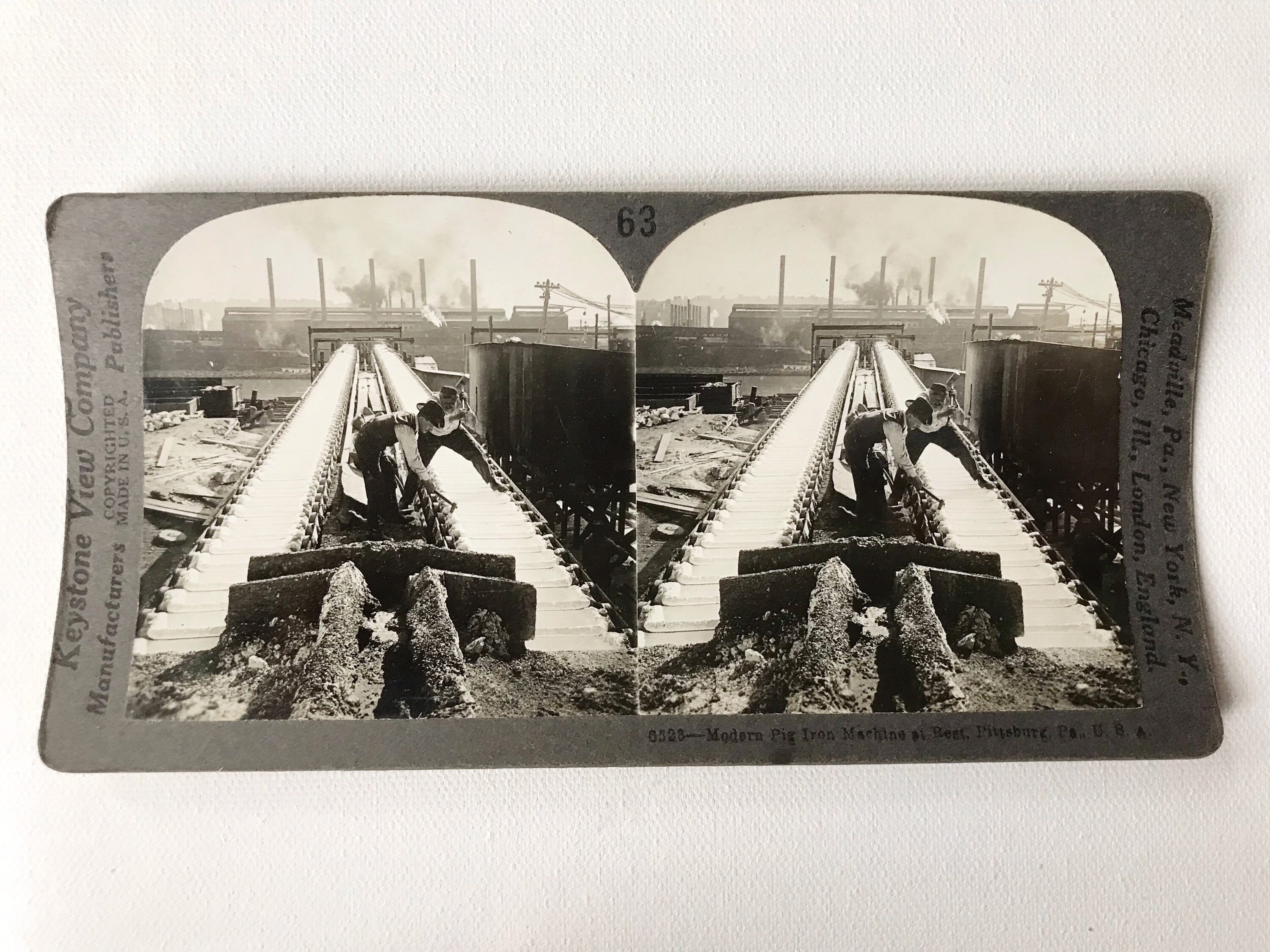 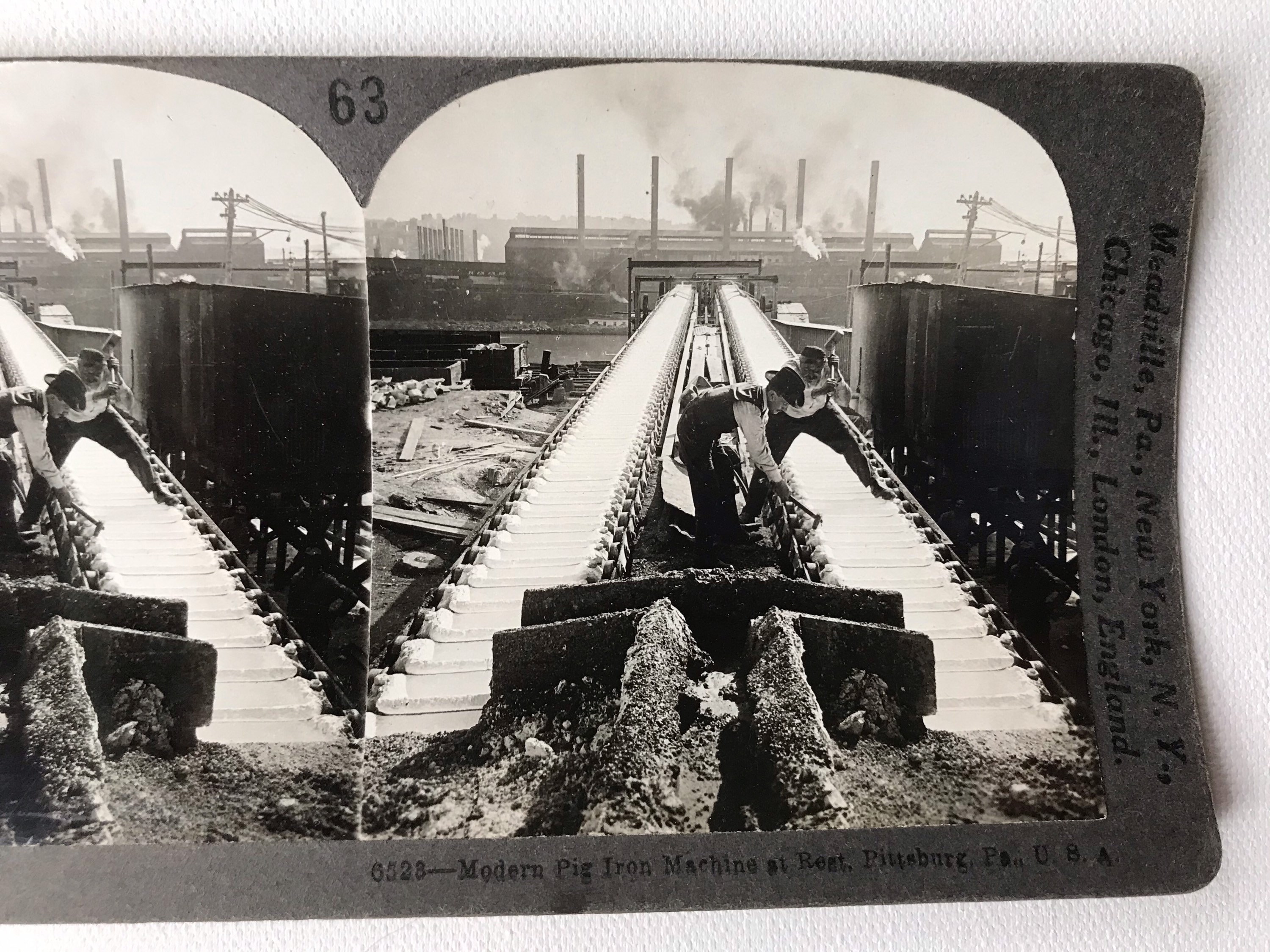 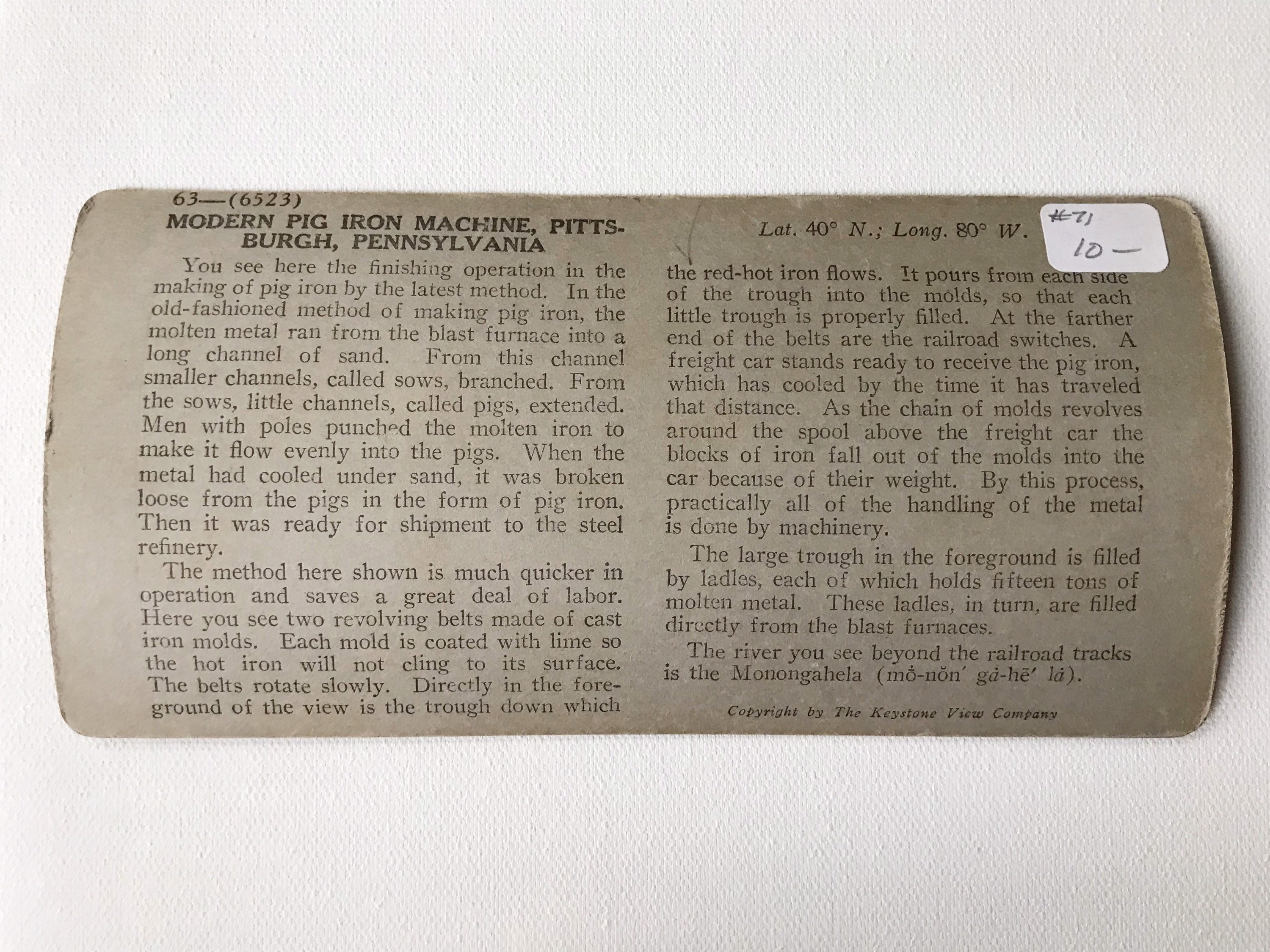 A fascinating view of an iron foundry in this Keystone Stereoview "Modern Pig Iron Machine at rest, Pittsburgh, PA" number 6523 with informative text on reverse.

PLEASE NOTE: Due to the fragility of these cards, and their curvature, they must be shipped in boxes - shipping is included in the price.