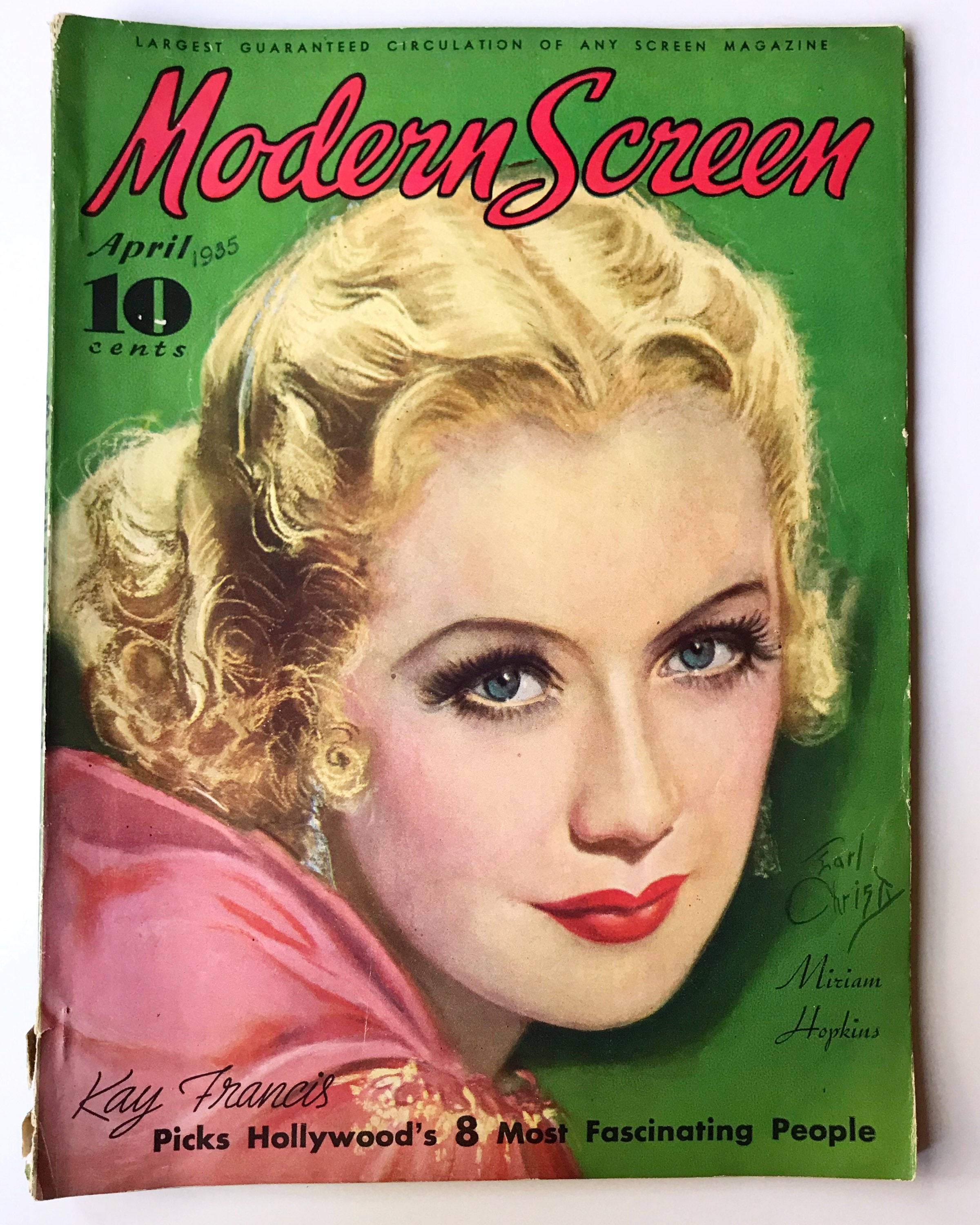 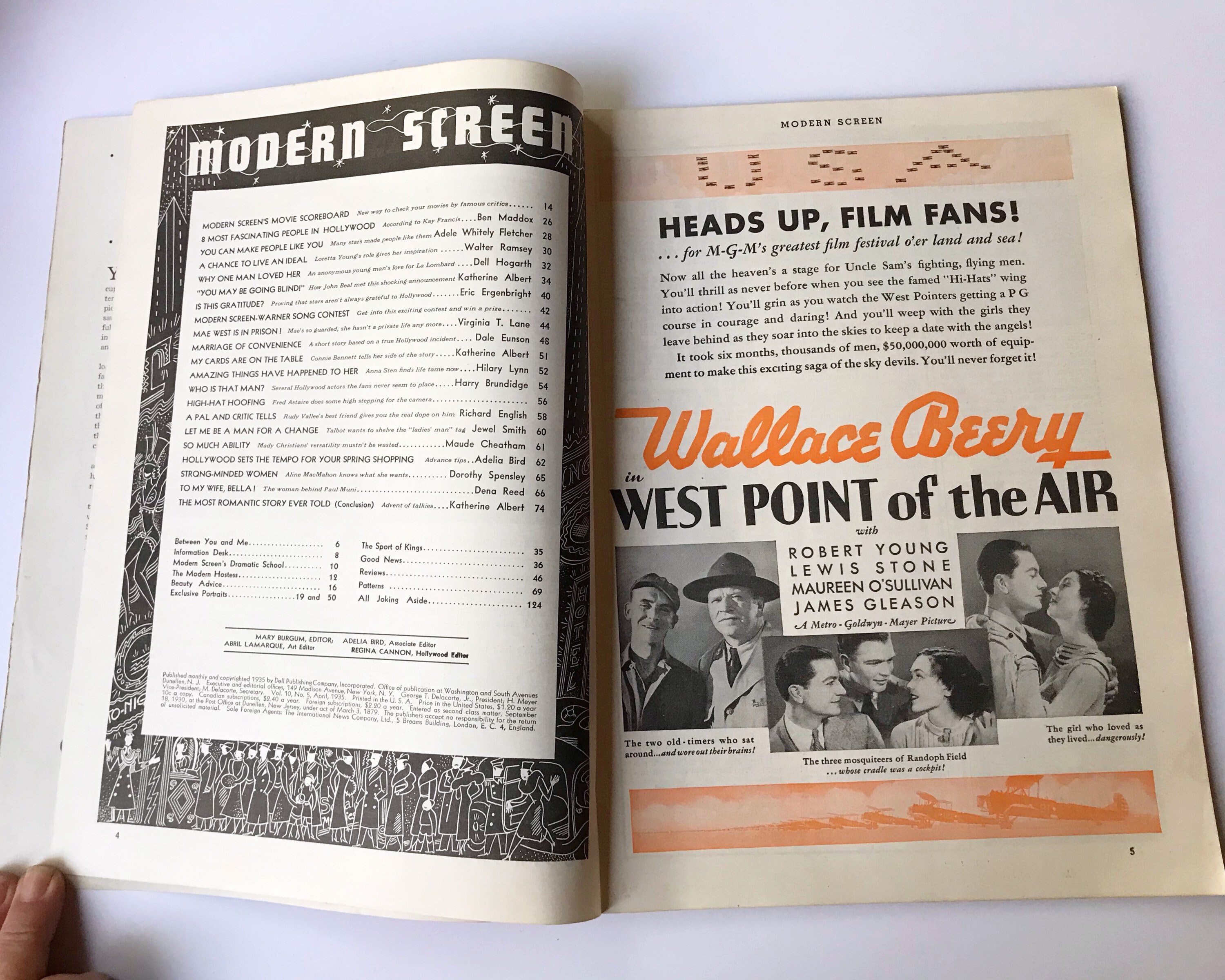 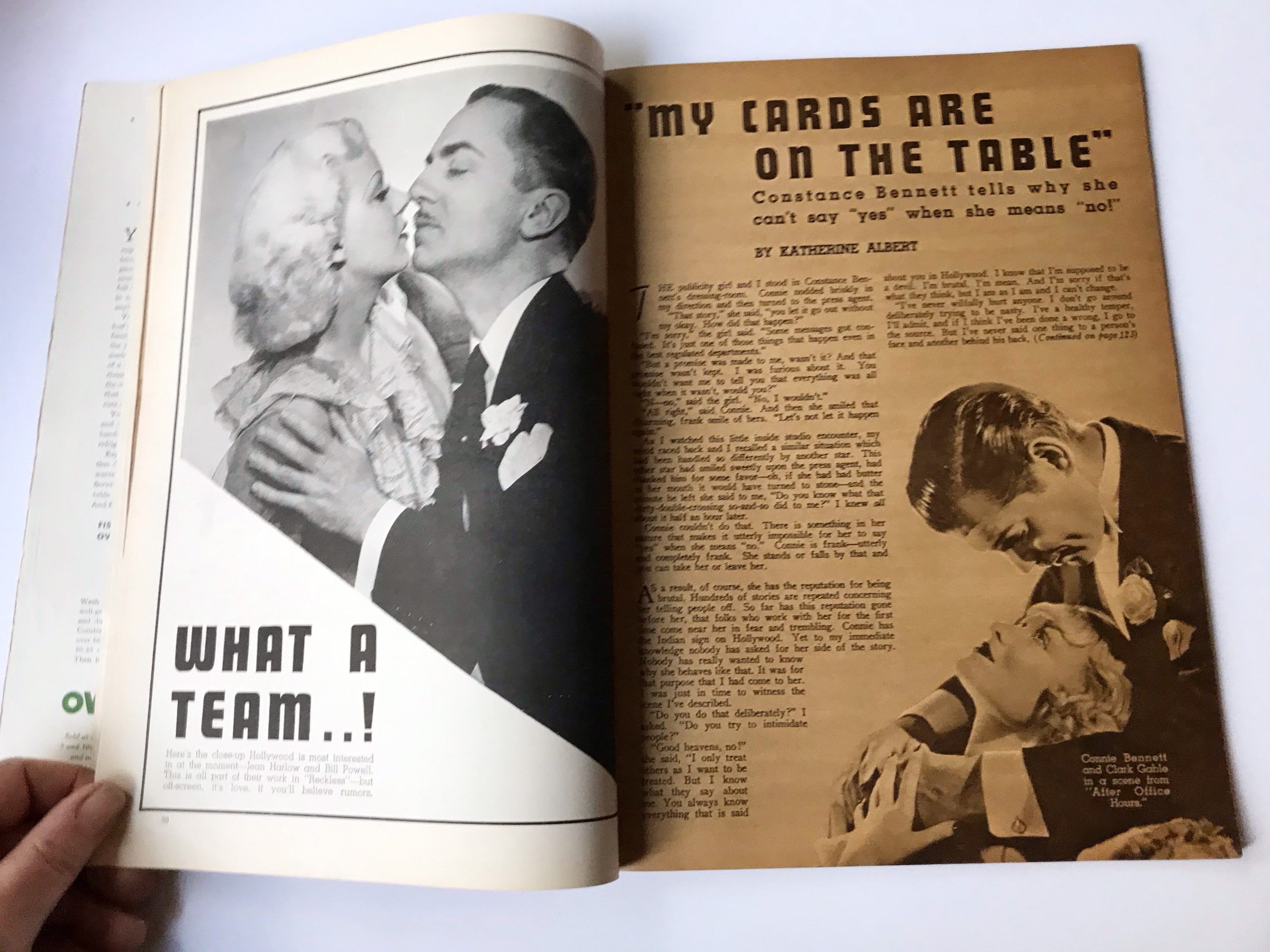 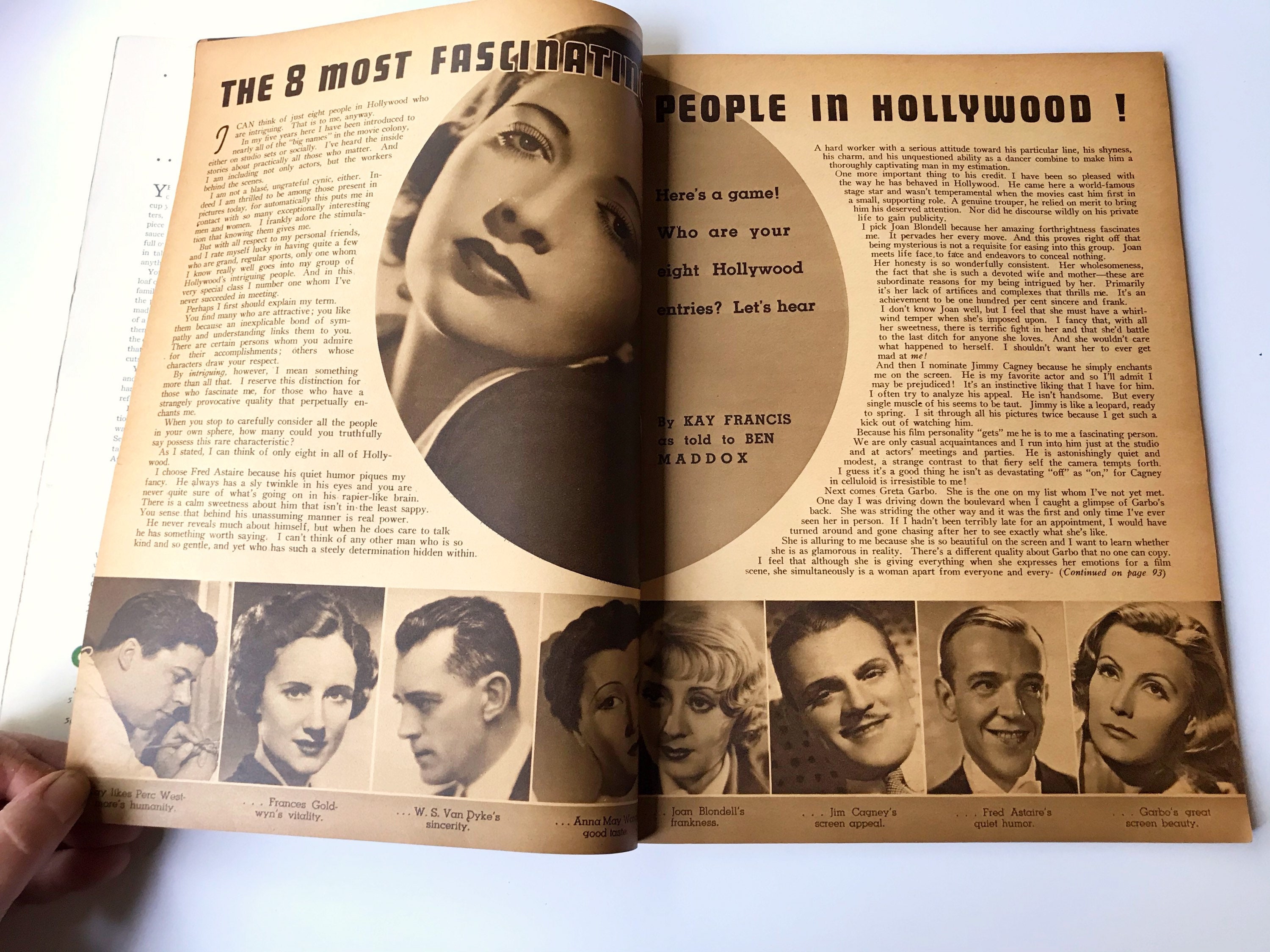 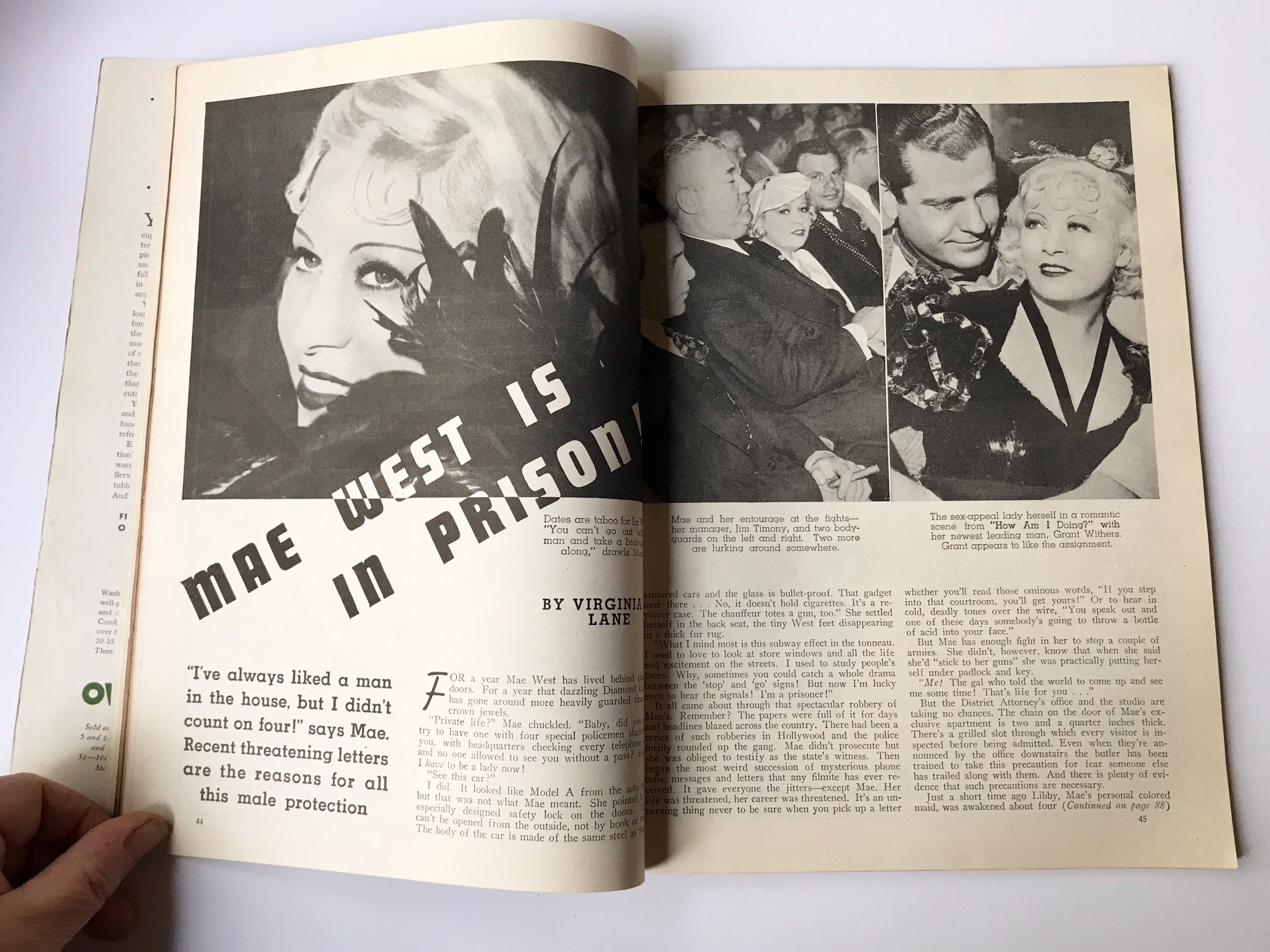 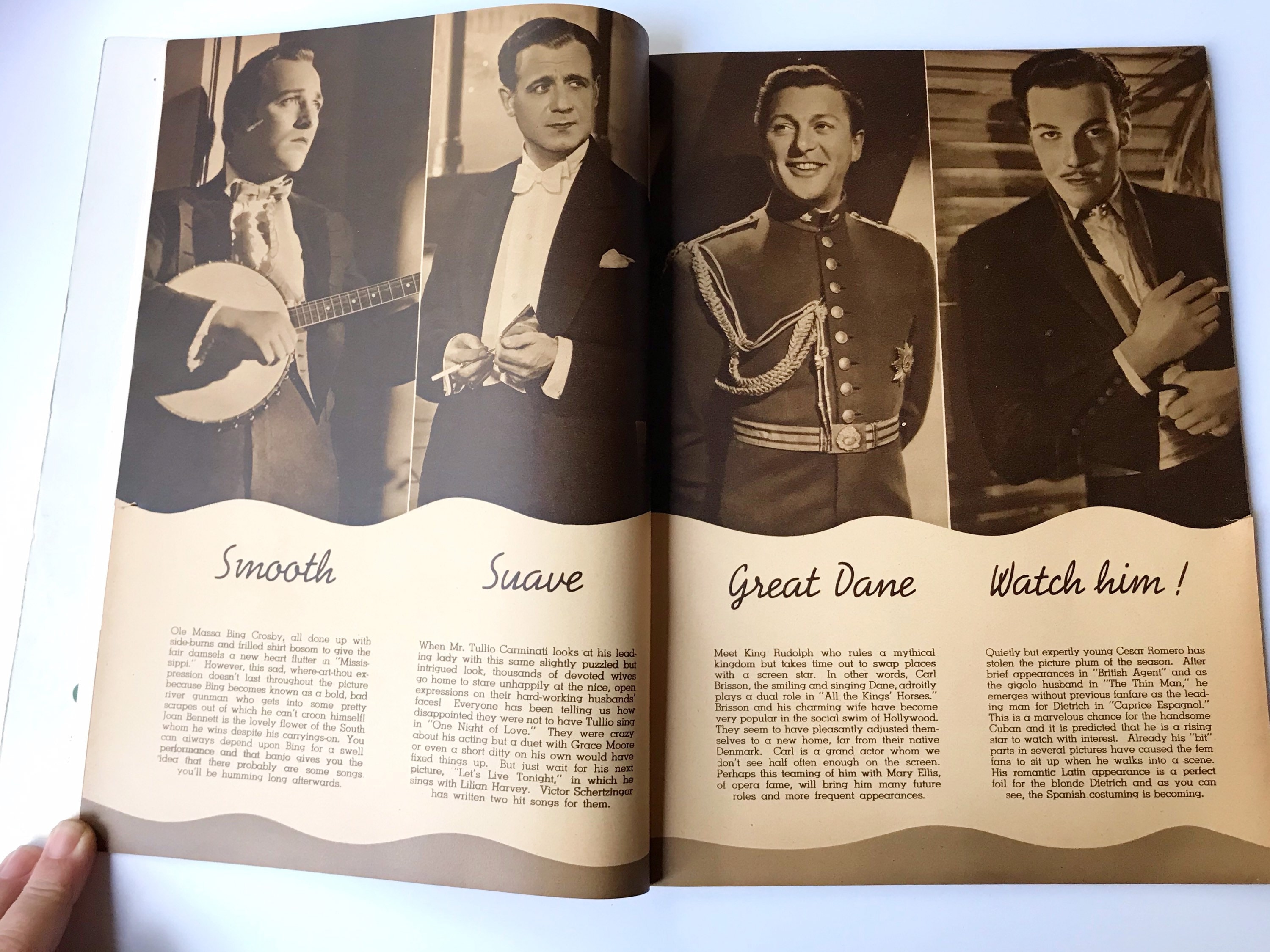 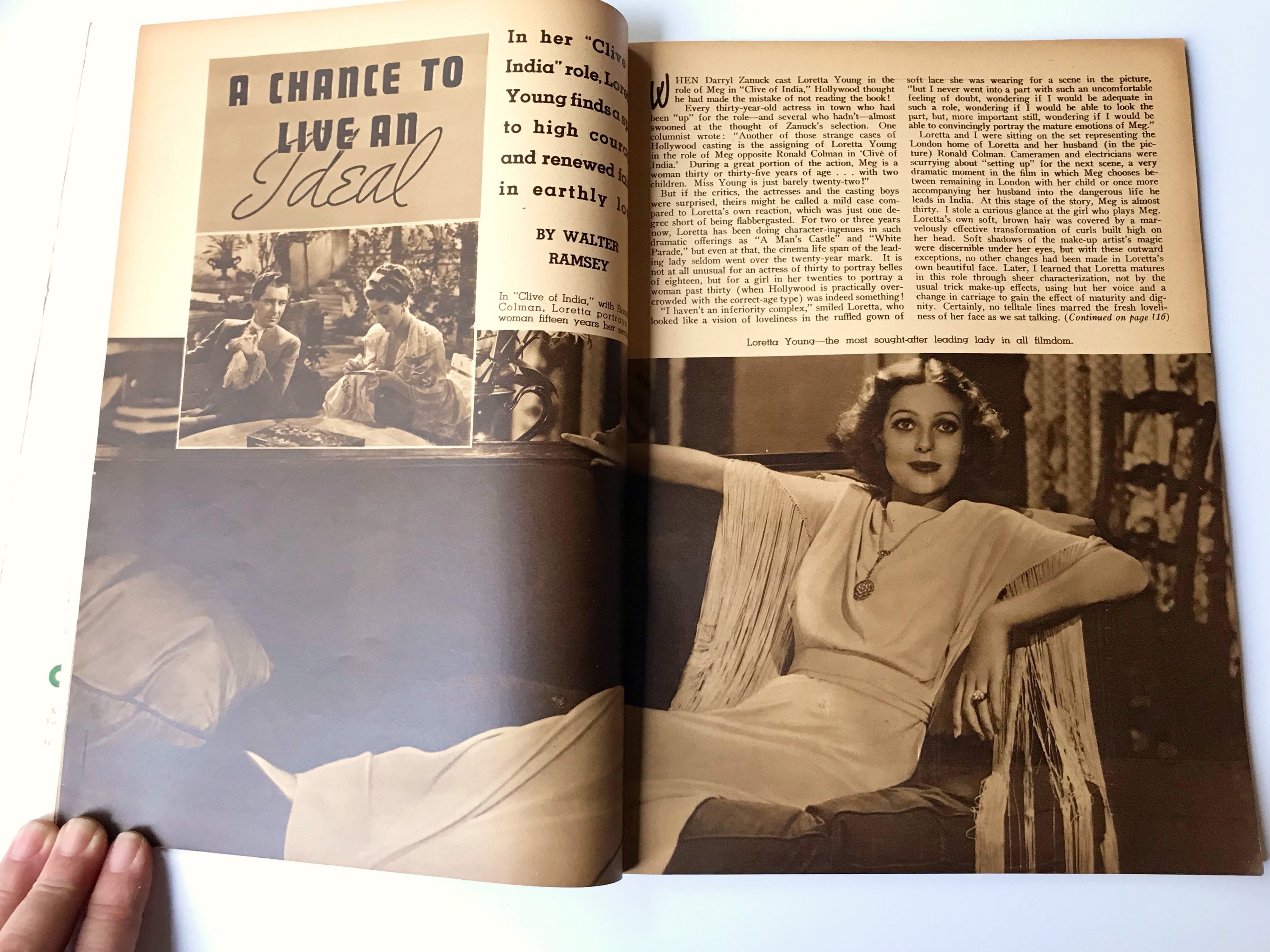 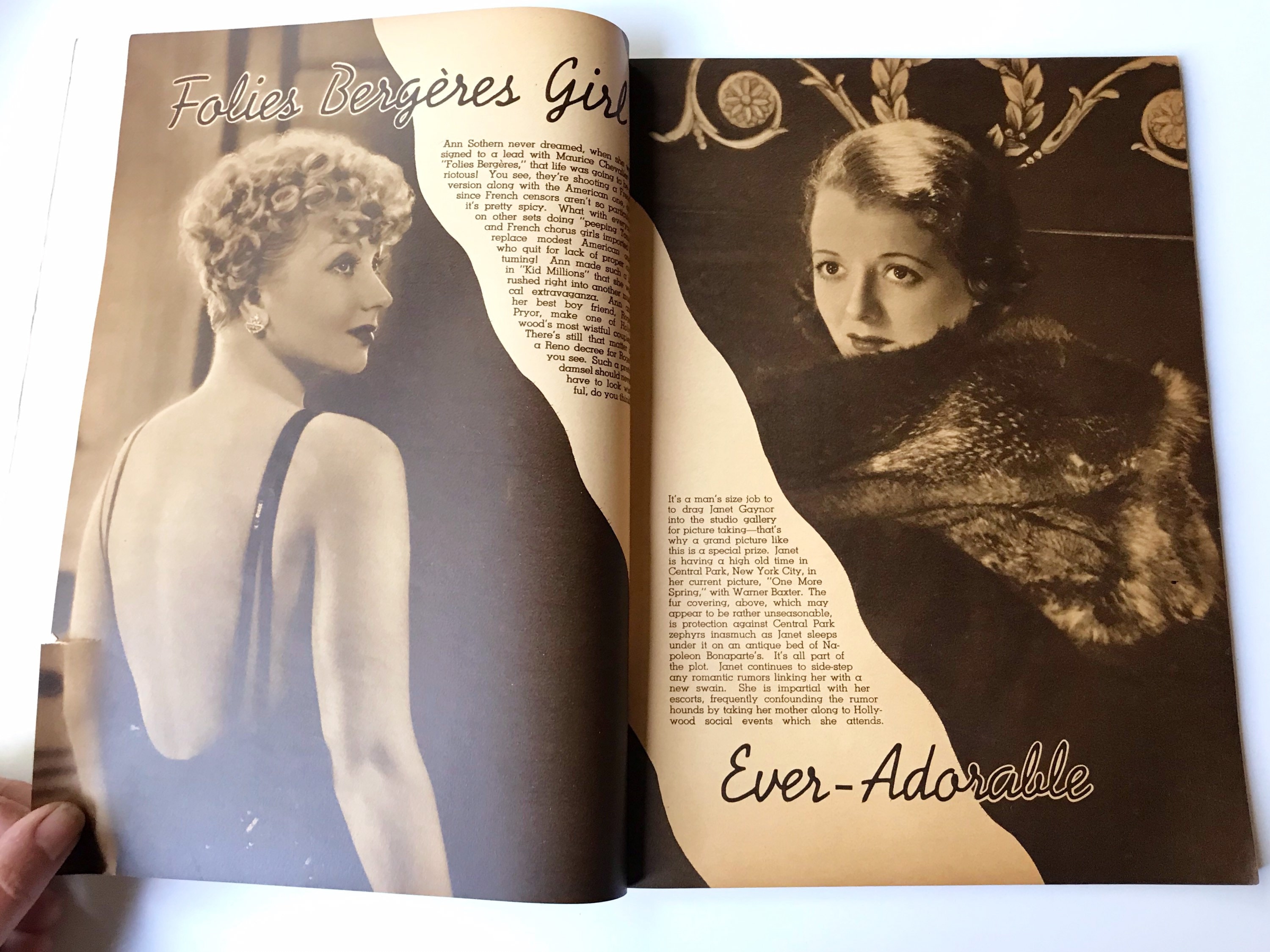 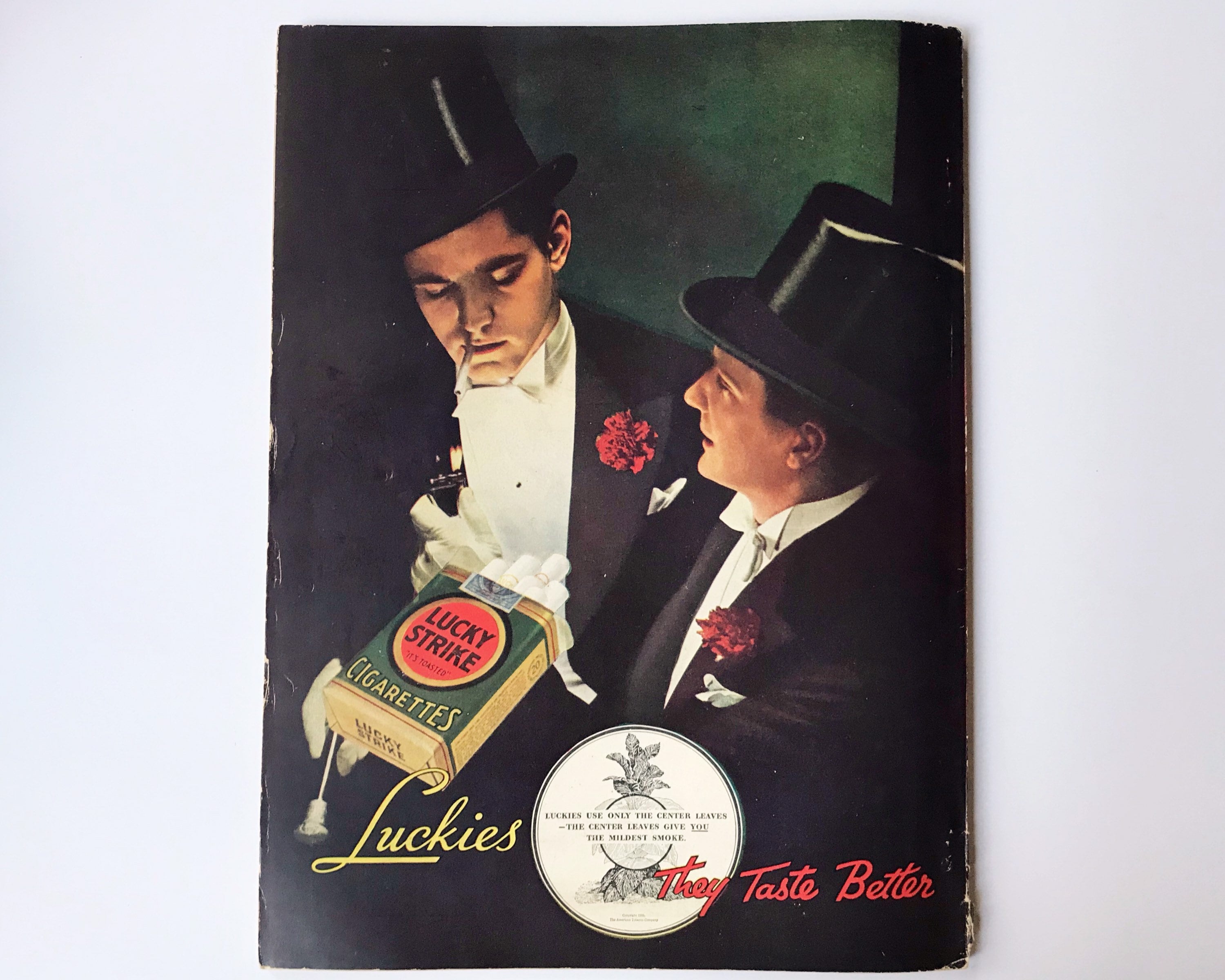 Modern Screen featured celebrity articles, interviews, gossip and photo features. It rivaled Photoplay for popularity. Later in its run it also had gossip by the infamous Louella Parsons, Queen of Hollywood (until her rivalry with Hedda Hopper), where she viewed herself as the arbiter of morals. She could ruin a movie at the box office, or send a star spiraling out of favor!

CONDITION: Very good but does have tanning on the interior pages and wear to the spine. This is pretty normal for a magazine of this age. They were not printed on archival paper!