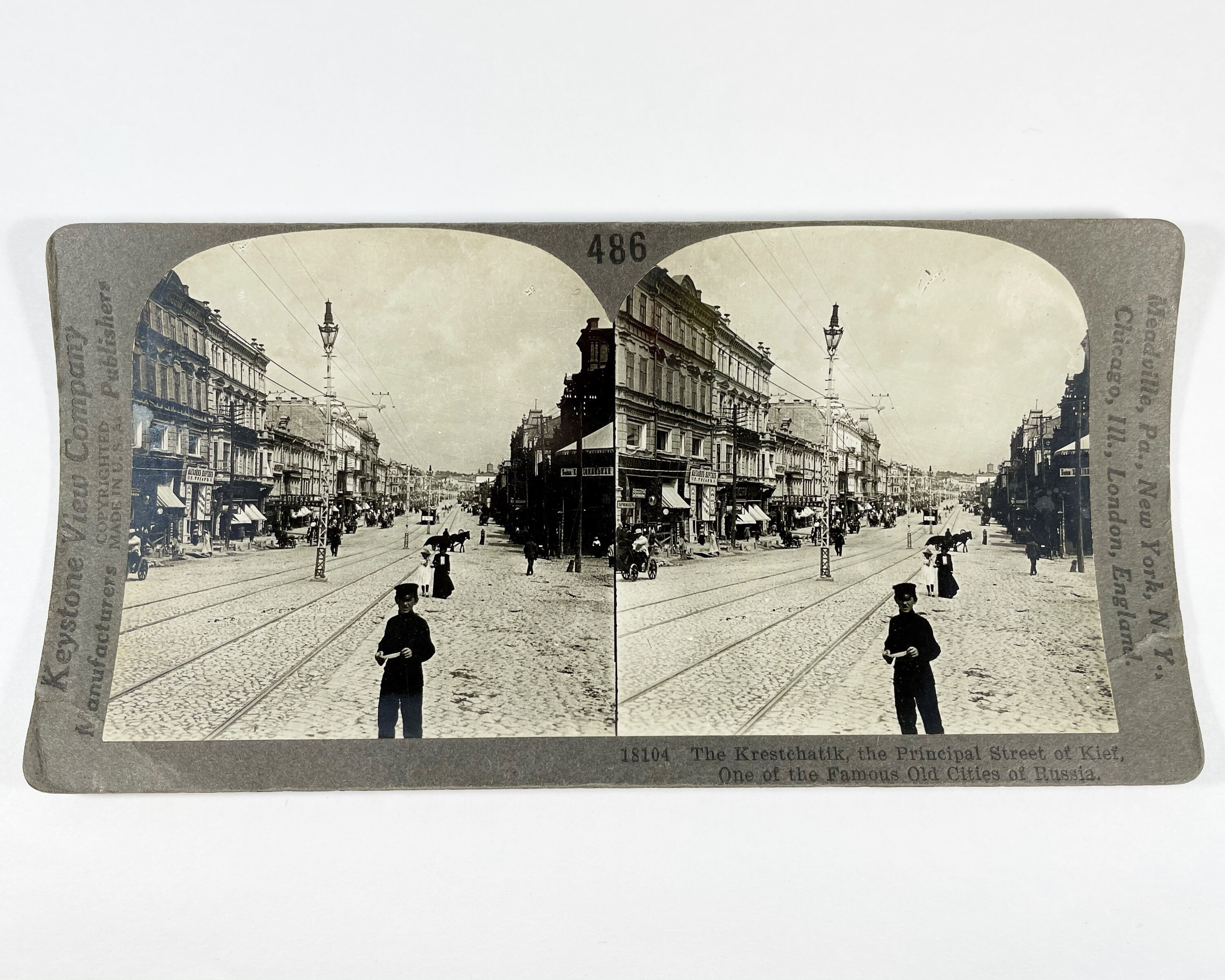 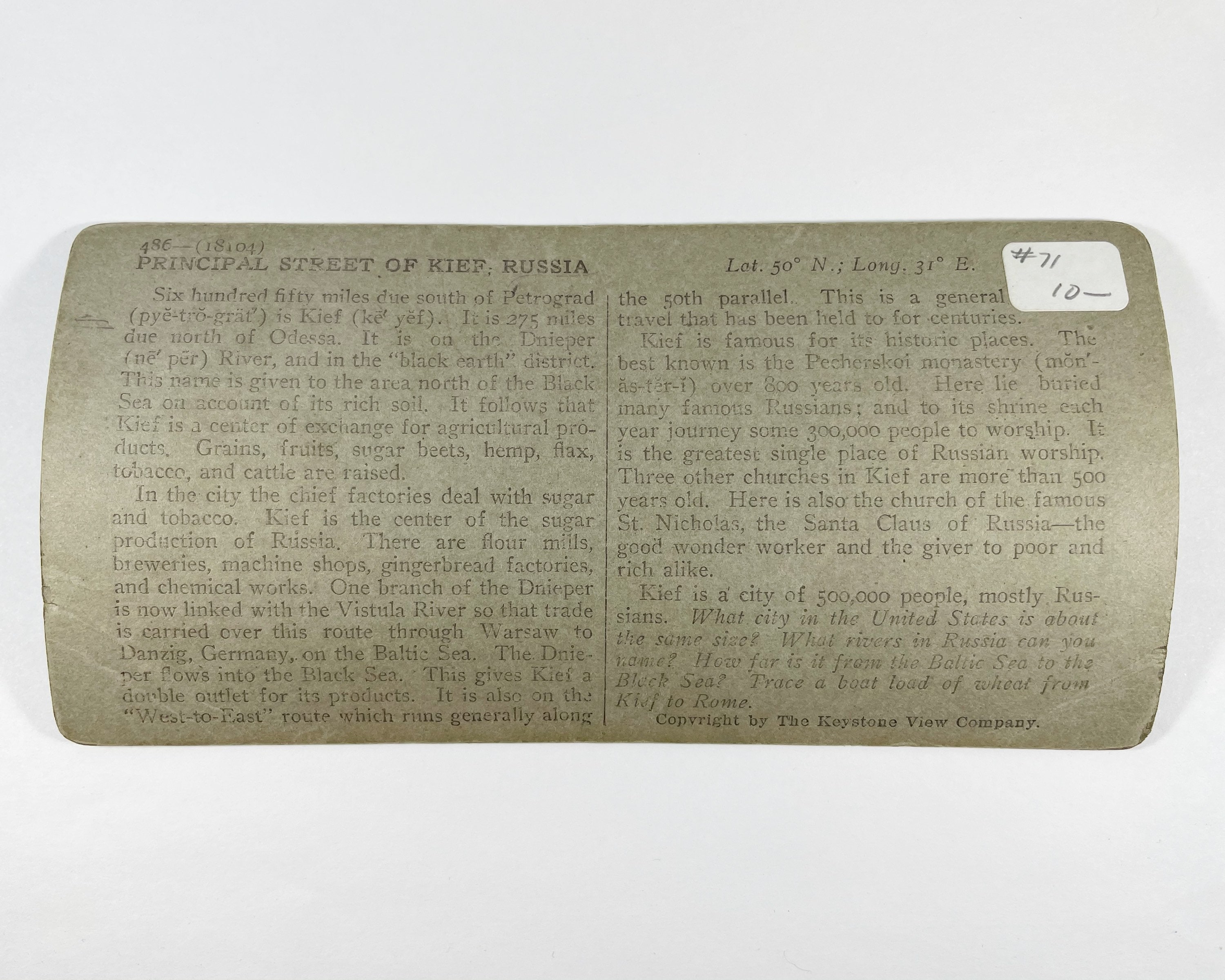 This antique Keystone stereoview is of Kreschatik Street in Kiev in the Ukraine during the period in the early 20th century when under the control of Russia.