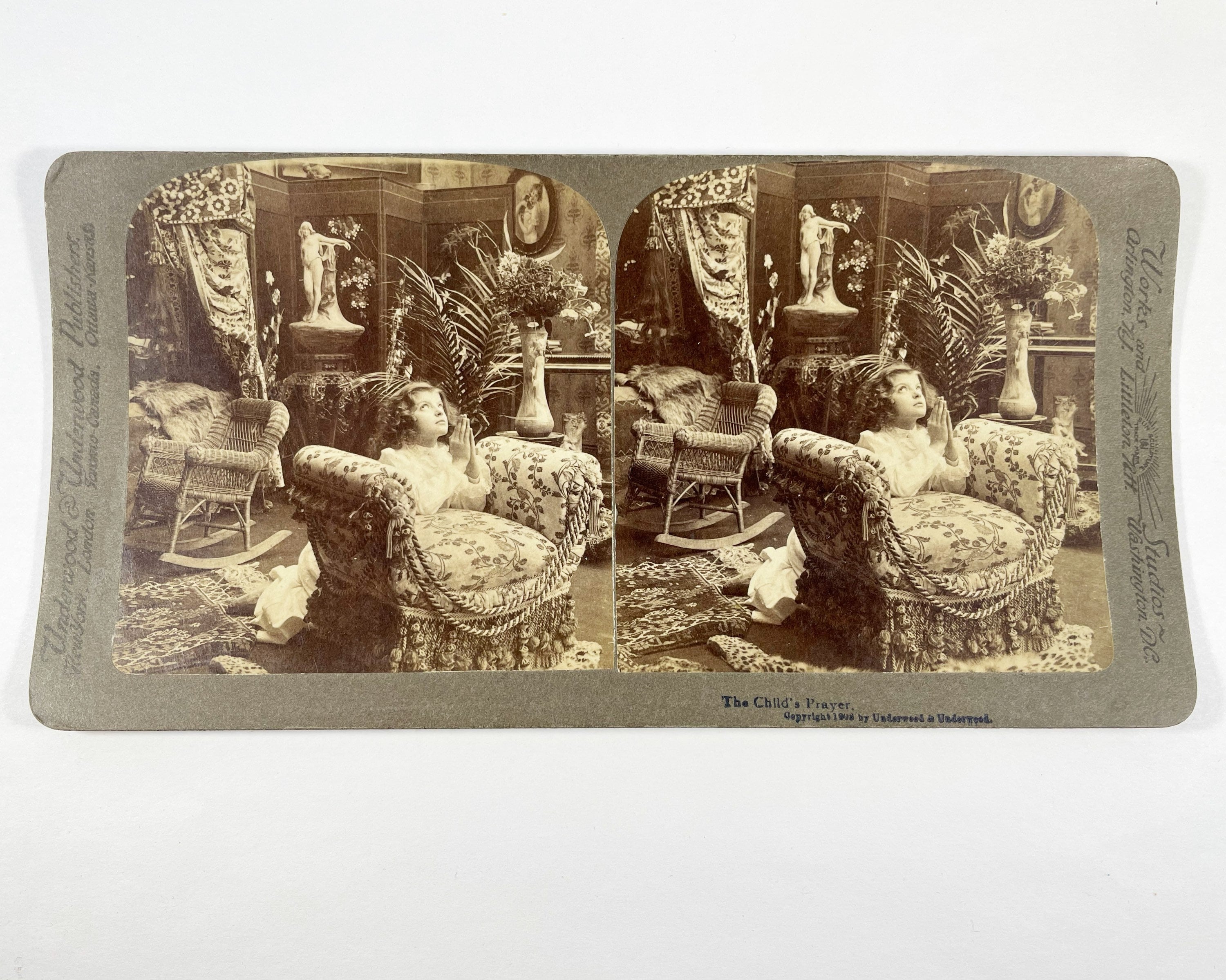 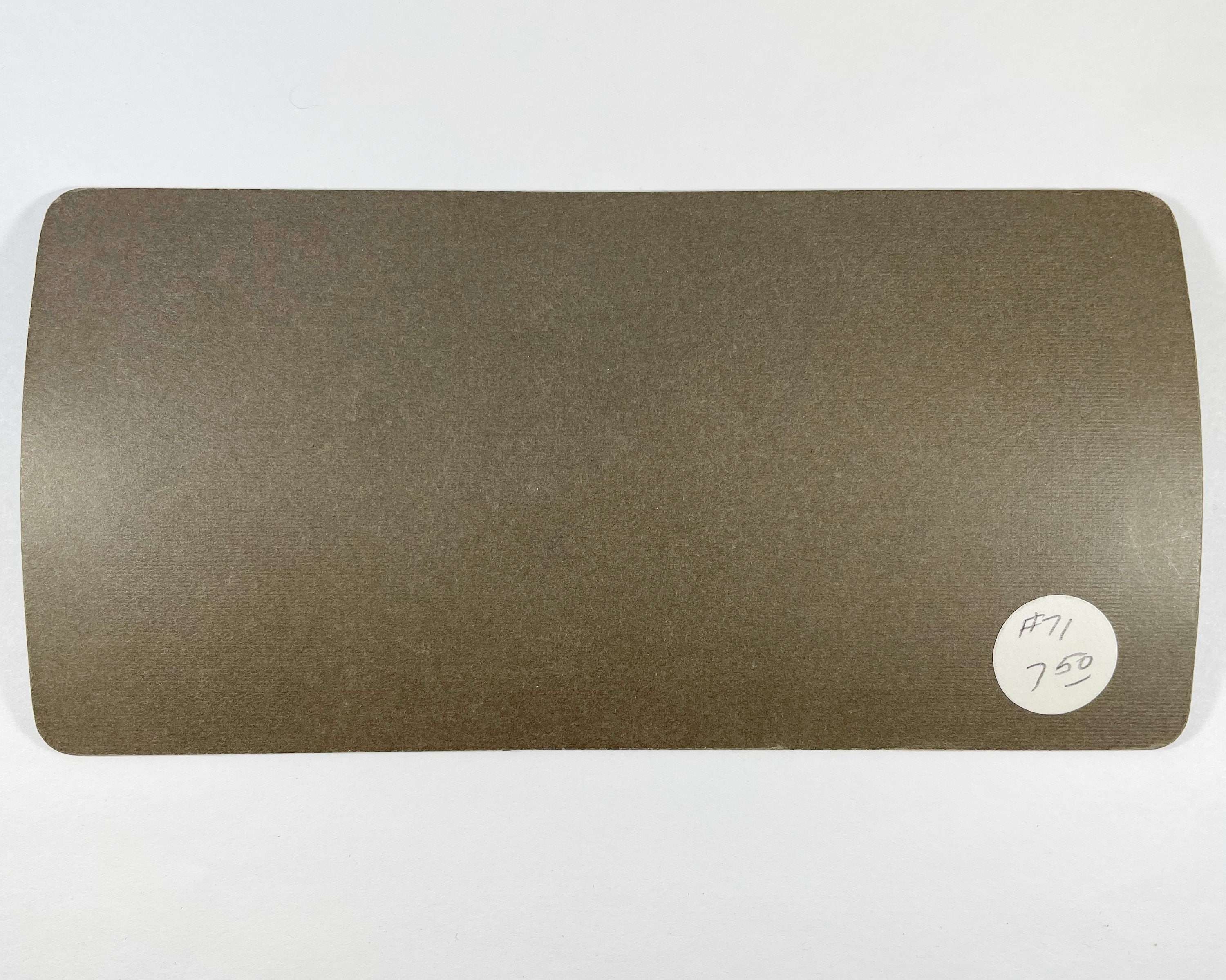 Beautiful scene of a child praying in this sentimental antique stereoview from Underwood and Underwood, copyright 1909. While this is a relatively late scene the Victorian interior is very splendid. The furnishing are sumptuous and include a leopard skin rug.

Underwood & Underwood was founded in 1881 in Ottawa, Kansas by two brothers. At one time they were the largest publishers of stereoviews in the world. In the twenties I believe they were acquired by Keystone, and by the forties they had ceased to exist. However their catalog of views is huge, and they also produced large thematic boxed sets.