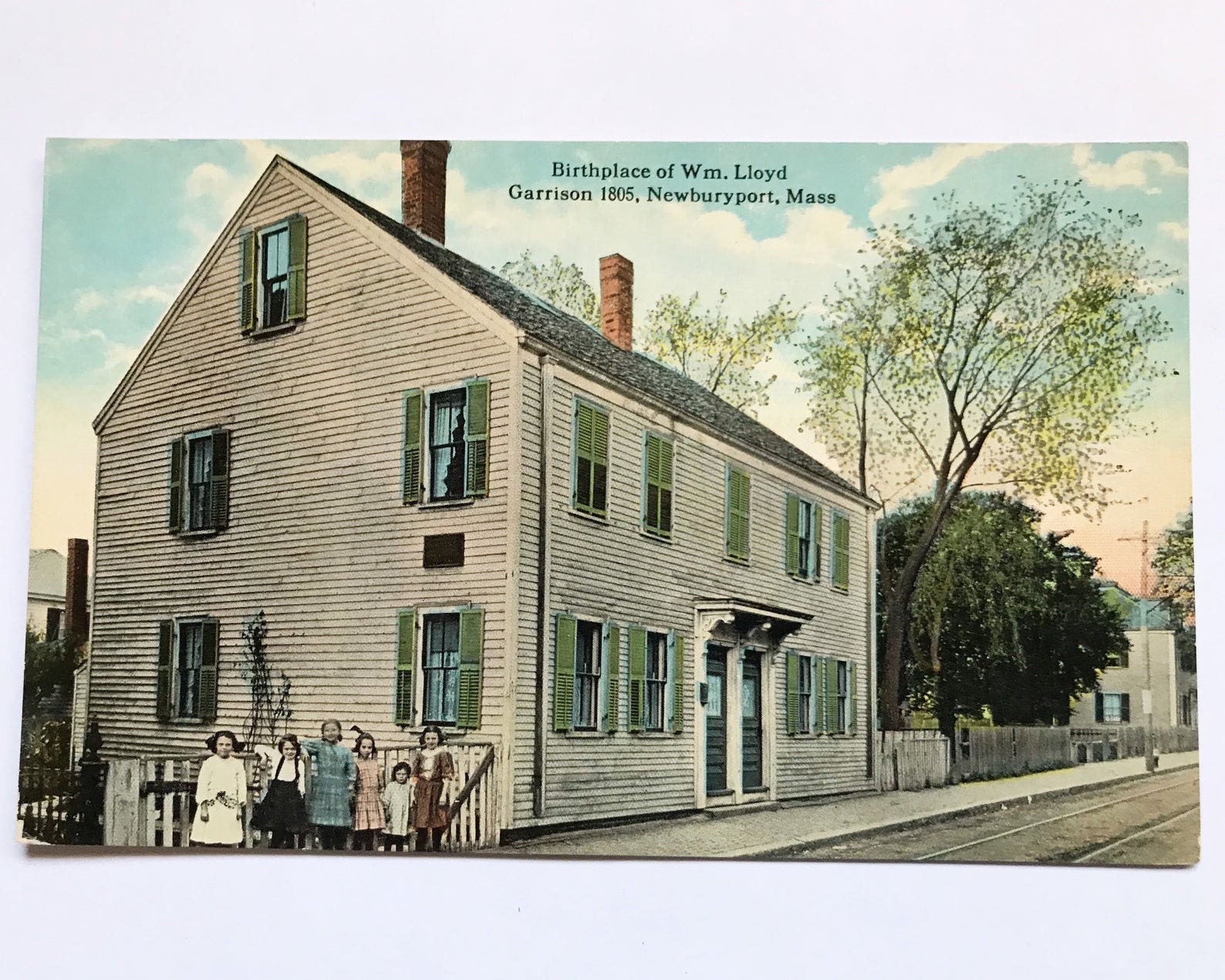 Shown is the birthplace of famous and influential abolitionist and suffragist William Lloyd Garrison. I believe the building still stands in Newburyport, Massachusetts to this day. A group of children pose next to the picket fence in the image, giving life to the street.

Wm. Lloyd Garrison was hugely influential in the abolition of the slaves with his newspaper "The Liberator" and received many death threats in his day. While reading about him on Wikipedia I was interested at his progression of views, and how as he evolved he was willing to admit error publicly and press forward. For instance at the start of his journey into becoming one of our foremost abolitionists he favored relocation to Liberia for former slaves. But then he realized this was wrong and he moved to gradual abolition. Again he realized this was unreasonable considering the enormity of the crime and demanded immediate abolition. "You would not tell a woman to rescue her baby from the fire gradually."

Garrison just as enthusiastically embraced the suffragist cause when he was impressed by women abolitionists.

My shock in reading this interesting history was that before today I had never heard of Wm. Lloyd Garrison. How can this be? He was feared and hated by his enemies, and helped to change a nation's mind about something truly horrific - and yet I have never before heard of him.

My other adventures in vintage include my antique postcard shop: The Stubby Squid Postcards